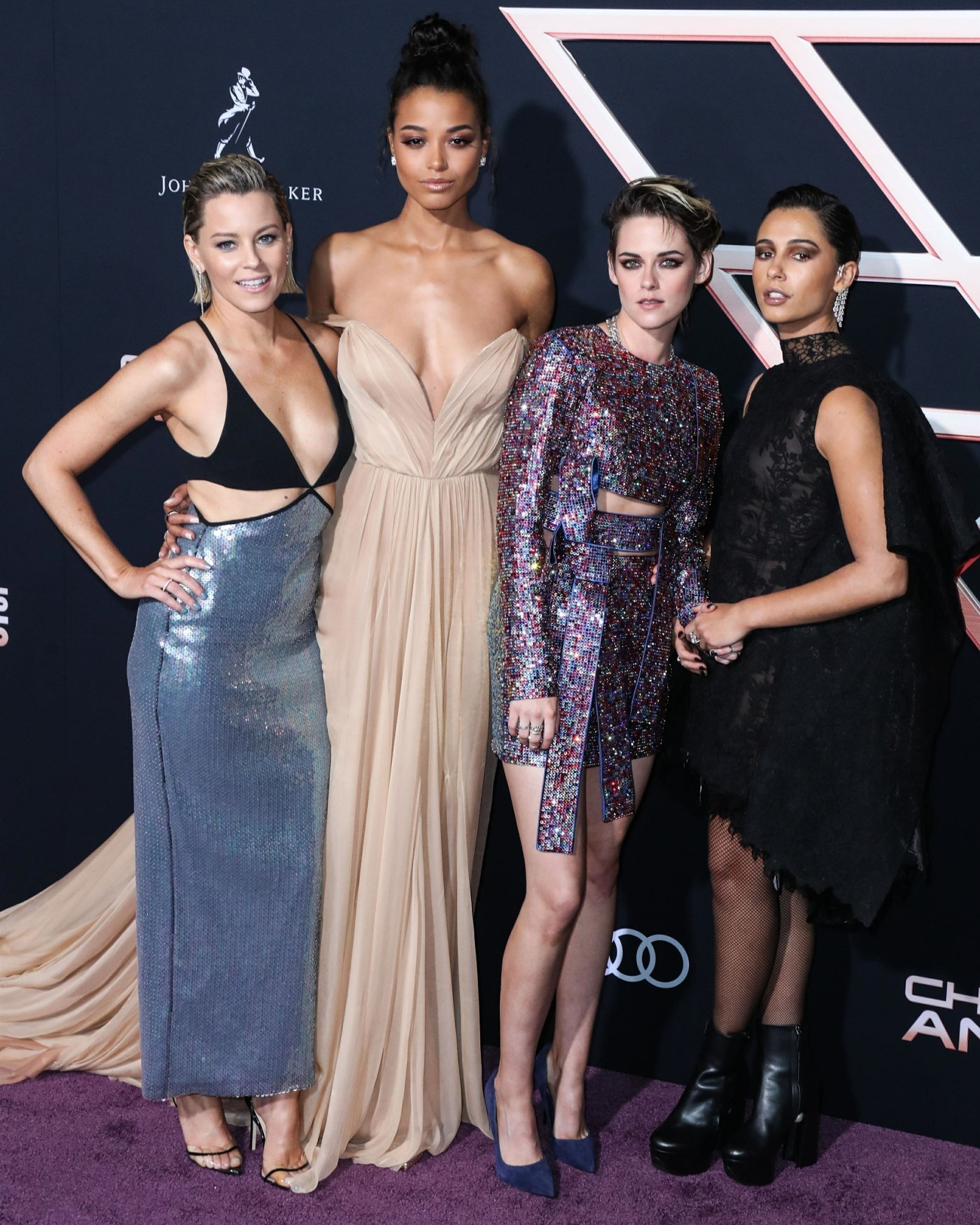 I like Elizabeth Banks a lot and I completely support her transition from actress to big-time producer and director. She produced the Pitch Perfect franchise and directed the second film. She also put together the reboot of Charlie’s Angels – she really wanted to remake it, and she pulled it together, got Kristen Stewart on board, directed and produced it and she stars as Bosley. Charlie’s Angels came out last Friday. It bombed, only making $8.6 million in its opening weekend. Banks took it standing up:

Well, if you’re going to have a flop, make sure your name is on it at least 4x. I’m proud of #CharliesAngels and happy it’s in the world.

Good for her. I haven’t seen it so I can’t say if she should be proud of her efforts, but I think it’s great that more women are throwing their hats into the ring and saying “actually, I’m directing this.” But of course, it’s natural to look for reasons why this reboot didn’t succeed. Banks thinks it might be because audiences didn’t want to see an all-lady action-comedy:

Elizabeth Banks suggested that the reason her “Charlie’s Angels” reboot failed to make a splash at the box office opening weekend was that men “don’t go see women do action movies.” Banks — who wrote, produced, directed, and starred as Bosley in the reboot — hinted to the Herald Sun prior to the film’s release that a form of sexism from a male-dominated audience may be to blame for its current lack of financial success.

“Look, people have to buy tickets to this movie too. This movie has to make money,” Banks told the Sun. “If this movie doesn’t make money it reinforces a stereotype in Hollywood that men don’t go see women do action movies.” Banks seemed to dismiss the box office success of “Captain Marvel,” the Brie Larson-led Marvel film that earned $1.1 billion worldwide earlier this year, as well as “Wonder Woman,” which grossed $821 million in 2017, because they belonged to a “male genre.”

“They’ll go and see a comic book movie with Wonder Woman and Captain Marvel because that’s a male genre,” Banks explained. “So even though those are movies about women, they put them in the context of feeding the larger comic book world, so it’s all about, yes, you’re watching a Wonder Woman movie but we’re setting up three other characters or we’re setting up ‘Justice League.’ By the way, I’m happy for those characters to have box office success, but we need more women’s voices supported with money because that’s the power. The power is in the money.”

I think there’s something to what she said, absolutely. Captain Marvel and Wonder Woman were so successful partly because there was and is a huge built-in audience for comic-book films. That being said, the Drew Barrymore-Charlie’s Angels franchise certainly seemed to have a built-in audience too, because it was pretty successful financially and people really loved those dumb films. So… maybe that’s an issue too? I mean, at some point, people really do get tired of the reboots. (Also: this is just my opinion, but there was legitimately a casting issue – Kristen Stewart was fine, but the other Angels needed to be bigger “names.”) 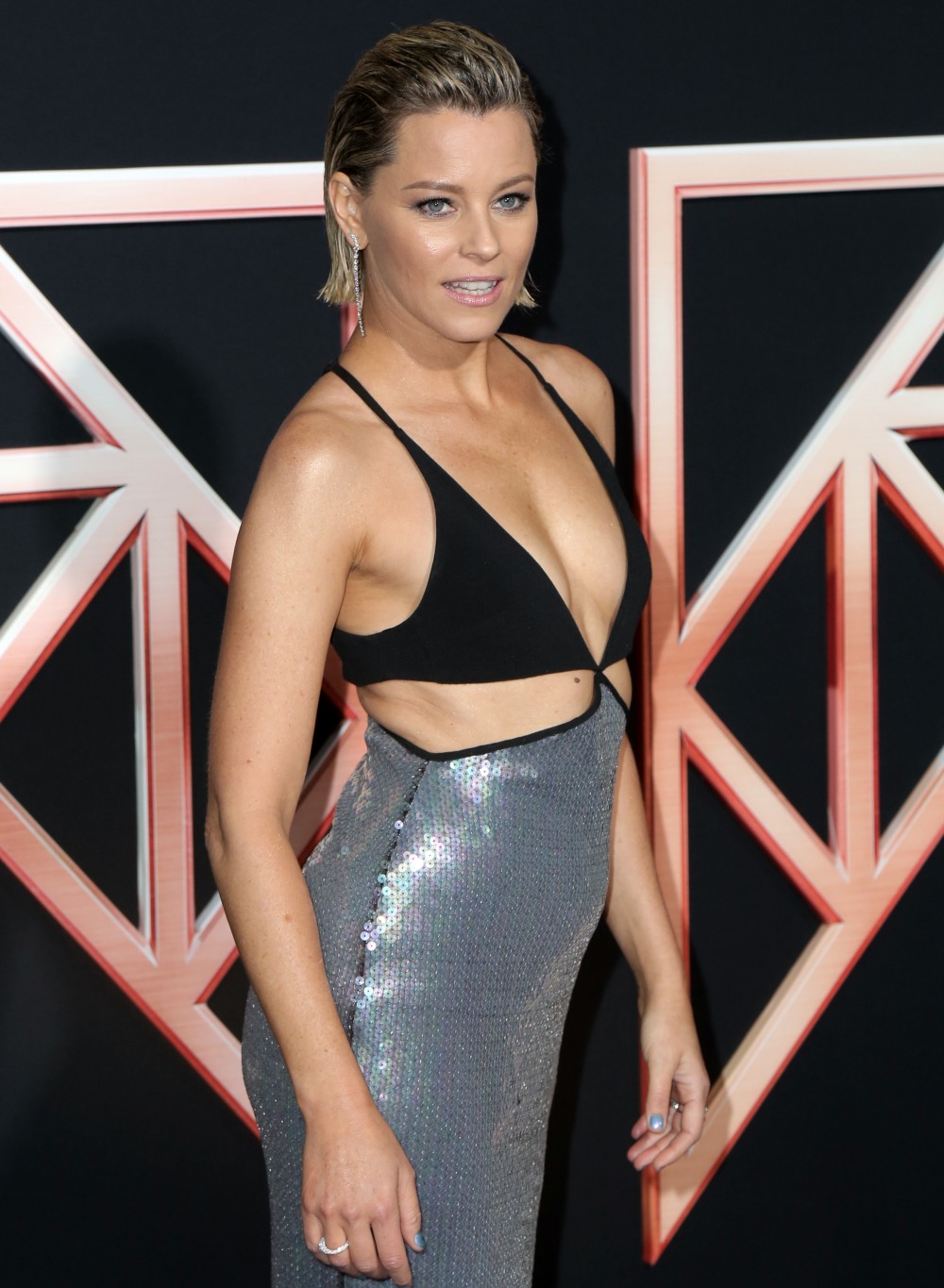