Henry Cavill on the rumor that he’s not Superman anymore: ‘I’ve not given up the role’ 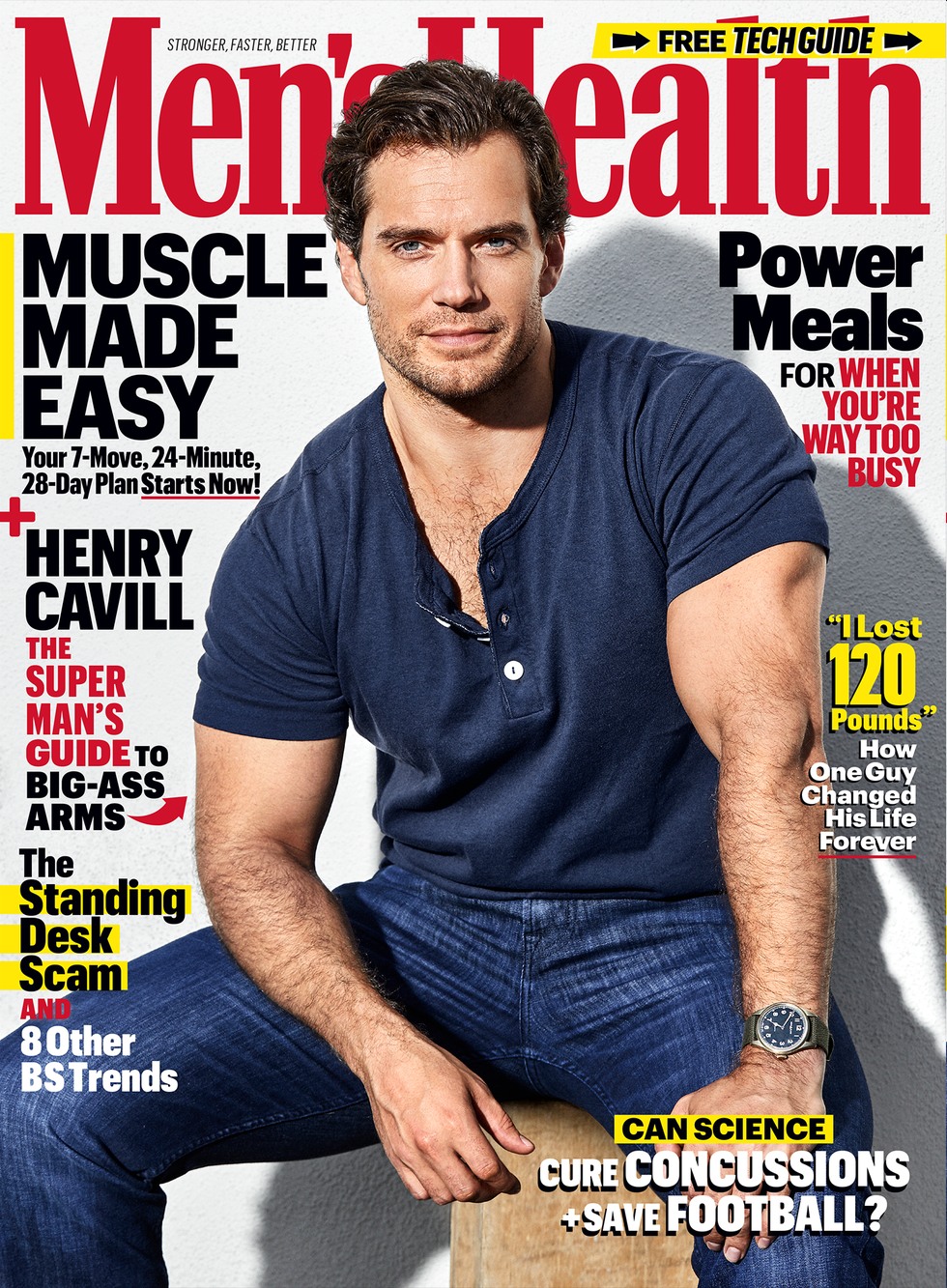 Henry Cavill covers the latest issue of Men’s Health to promote his new series The Witcher. Does anyone care about The Witcher? Does anyone care about… Henry Cavill? I still sort of care about him, weirdly. He’s a good looking guy and he tries hard and I feel sort of bad for him that professionally, he never really seems to get it together. I was reminded of that in this interview because even though he’s supposed to be promoting The Witcher, he spends a good chunk of his time talking about how he’s still Sad Sack Superman. You can read the Men’s Health interview here. Some highlights:

Whether he’s still Superman: “The cape is in the closet. It’s still mine.”

On being bullied for being overweight as a kid: “I was a chubby kid. I could’ve very well gone down the route of just accepting my lot in life and being like, ‘I guess I’m not going to do anything.’ ”

Sports helped him survive: “It actually helped me survive. Even the kids who were nasty to me at times and took pleasure in squashing me—when I finished a play, they’d say, ‘Wow, you’re really good.’ And I was like, ‘Okay, this is where I draw my strength from.’ ”

He auditioned for James Bond: “I probably could have prepared better. I remember the director, Martin Campbell, saying, ‘Looking a little chubby there, Henry.’ I didn’t know how to train or diet. And I’m glad Martin said something, because I respond well to truth. It helps me get better.” Cavill recalls being the 002 choice for 007, losing out to Daniel Craig. It was the beginning of a long run that positioned him as runner-up: He missed out on lead roles in Tristan + Isolde, Twilight, and an early Superman film that was never realized. “I wasn’t ecstatic about not getting these things,” Cavill says, “but I was so used to disappointment from the acting business, and also from boarding school. ‘No, you’re not good enough’—that wasn’t anything new to me.”

His workouts are high-intensity intervals & bodybuilding exercises. “I know what it feels like to go from out of shape to in shape and [afterward] I’ll look at myself like, ‘Man, well done.’ It’s not like I’m a golden god—I’m just proud of what I achieved. And then you can take your clothes off in front of your significant other, and they’re like, ‘G-ddamn, you look great!’ Like, ‘Yes! I’m making other people happy.’ ”

On those Superman films: Man of Steel? “A great starting point. If I were to go back, I don’t think I’d change anything.” Batman v Superman? “Very much a Batman movie. And I think that realm of darkness is great for a Batman movie.” Justice League? “It didn’t work.”

Again, he’s still Superman: “I’m not just going to sit quietly in the dark as all this stuff is going on. I’ve not given up the role. There’s a lot I have to give for Superman yet. A lot of storytelling to do. A lot of real, true depths to the honesty of the character I want to get into. I want to reflect the comic books. That’s important to me. There’s a lot of justice to be done for Superman. The status is: You’ll see.”

Personally, I don’t mind Cavill as Superman. All of those films sucked, but it wasn’t from Cavill’s lack of effort – he was a fine, vanilla, muscle-y Superman. The problem was everything around him, from bad directing to bad stories to The Batfleck. But yeah… despite Henry’s protests, I bet Warner Bros does cast a new Superman. They’re getting Robert “Bobby Sparkles” Pattinson as Batman, so wouldn’t it make sense? And so, once again, I feel a little sorry for Henry. 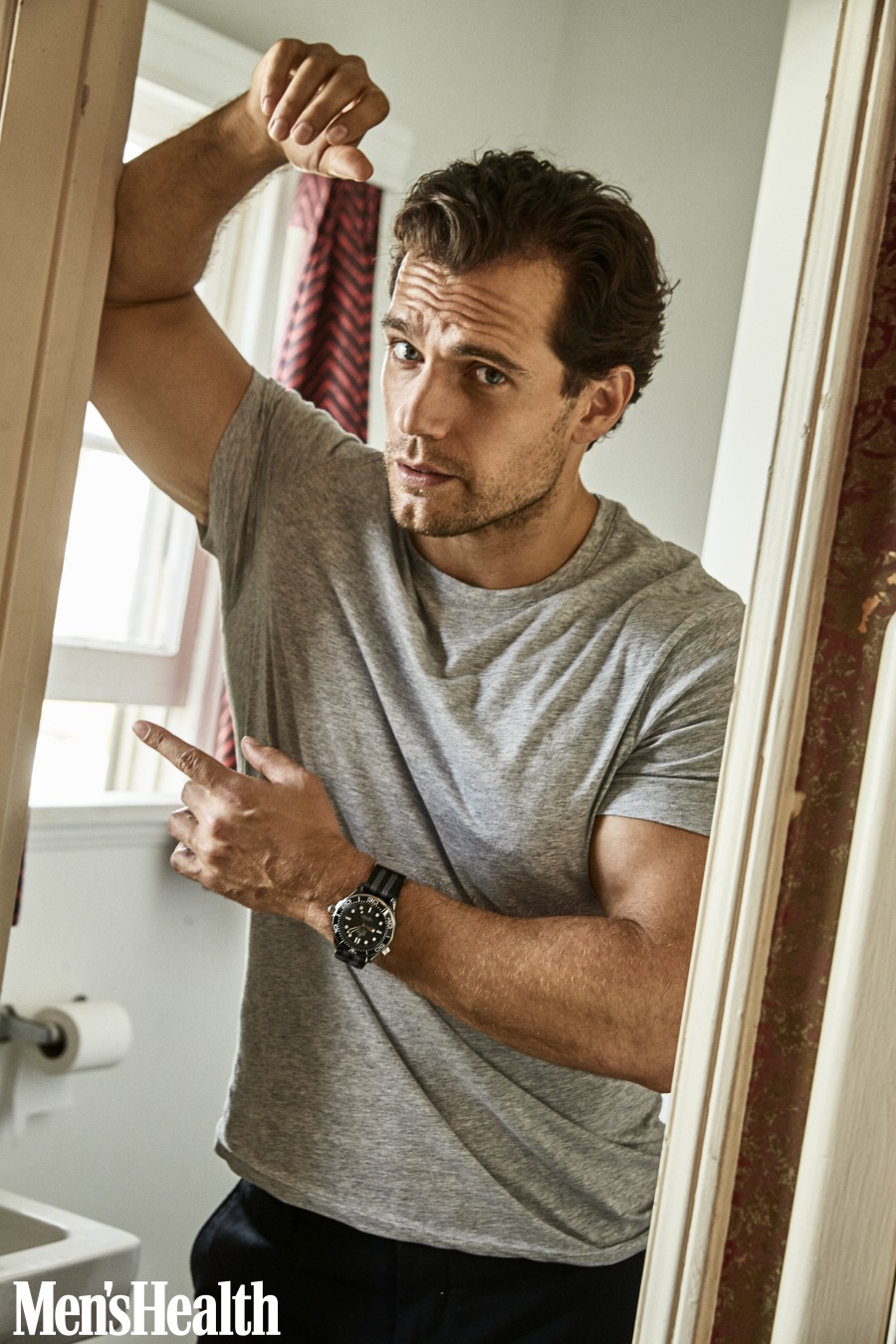 Cover and photos courtesy of Ben Watts for Men’s Health.

29 Responses to “Henry Cavill on the rumor that he’s not Superman anymore: ‘I’ve not given up the role’”