The Queen & Duke of Edinburgh are spending their 72nd anniversary apart 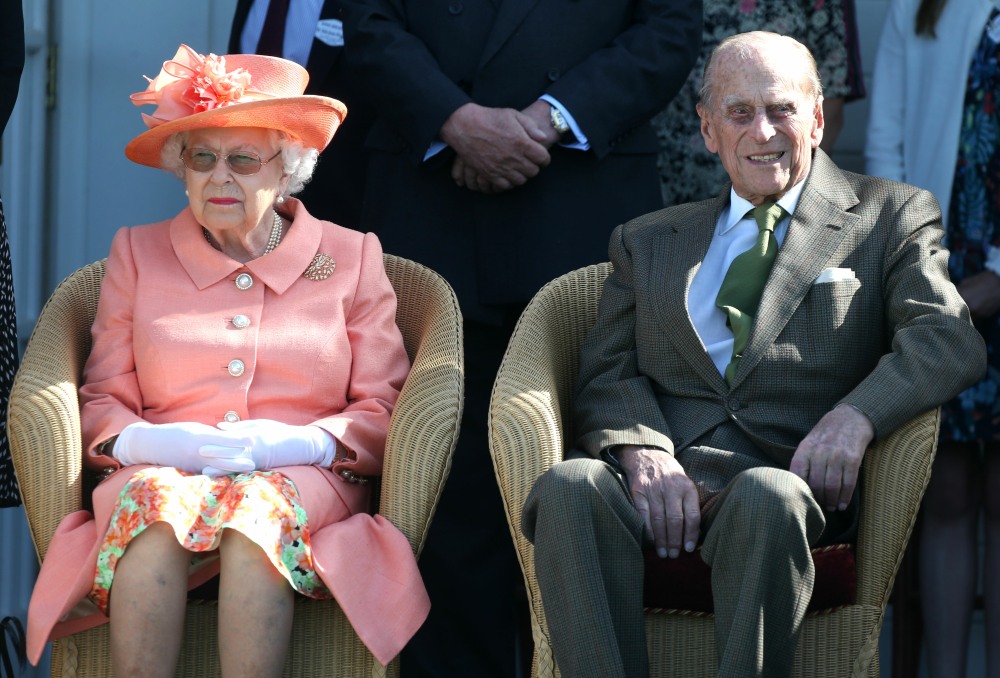 Recently, I saw a story on the news about the “oldest living married couple” ever and how they made it into the Guinness Book of World Records. John and Charlotte Henderson have been married 80 years. He’s 106 and she’s 105. What was remarkable about the segment I saw was that they asked this couple what their secret was and John answered, quite reasonably, that they never had children. I was like “damn, maybe that IS the answer.” That’s the secret answer to getting a marriage to work and it’s the secret to longevity. Anyway, I thought of the Hendersons because today is the Queen’s wedding anniversary with the Duke of Edinburgh. They’ve been married 72 years and they’ve raised four children, at least one of whom is a rapist/pervert/dullard. To celebrate, Liz and Phil didn’t even spend the day together. LOL. Maybe that is also the secret to a long-lasting marriage: distance.

Queen Elizabeth and Prince Philip have lived a lifetime of milestones. Jubilees marking the anniversary of the Coronation, the Queen’s longest reign, a platinum wedding anniversary are just some. So, as their 72nd anniversary passed on Wednesday, they are likely to be the last to complain that they were spending the day apart.

Philip, 98, is at Sandringham, Norfolk, about 110 miles from London where the Queen is based as part of her working week. The monarch has duties in London, and Philip, who retired from royal duty in August 2017, has been resting at the estate’s Wood Farm. There, renovations were undertaken several years ago to make it easier to live in for a man of his age. The Queen, 93, spent some of Wednesday holding audiences with the ambassadors of the Republic of Suriname and the Kyrgyz Republic.

But some observers have been saying that she would have welcomed the support of her husband in this trying week since second son Prince Andrew appeared on the BBC and spoke openly — and without regret — about his friendship with disgraced financier Jeffrey Epstein. The financier died by suicide in jail in New York City in August while awaiting trial on multiple sex charges.

“I’m sure it’s been good for his health not to be there getting involved in the day-to-day stresses and strains but I think the Queen has missed his hands-on approach to family matters,” a source told the Daily Express on Wednesday. “He might have been a much stronger voice advising Andrew if he had been around more.”

While we’ve always heard that Andrew is the Queen’s favorite child, I think it’s also been established that Philip’s favorite child was always Anne, and he really never had much time for his sons. But yes, Philip would have had some sh-t to say about ALL of Andrew’s drama. The thing is, I don’t even think Philip cares that much anymore. And so while it is a little bit funny that the Queen and Duke are spending their 72nd anniversary apart, it’s also kind of sad that the Queen is so… unsupported, in general. She’s making some terrible decisions. Maybe she would still be making terrible decisions if Philip was there, but maybe not.

Wishing Her Majesty The Queen and His Royal Highness The Duke of Edinburgh a very happy 72nd Wedding Anniversary! pic.twitter.com/gqRmvSepkF

Happy 72nd Wedding Anniversary to The Queen and The Duke of Edinburgh, who were married on this day in Westminster Abbey. #HappyAnniversary pic.twitter.com/5zECFPmOqj