Matt Damon: you’re not supposed to pee on jellyfish stings, take a bath 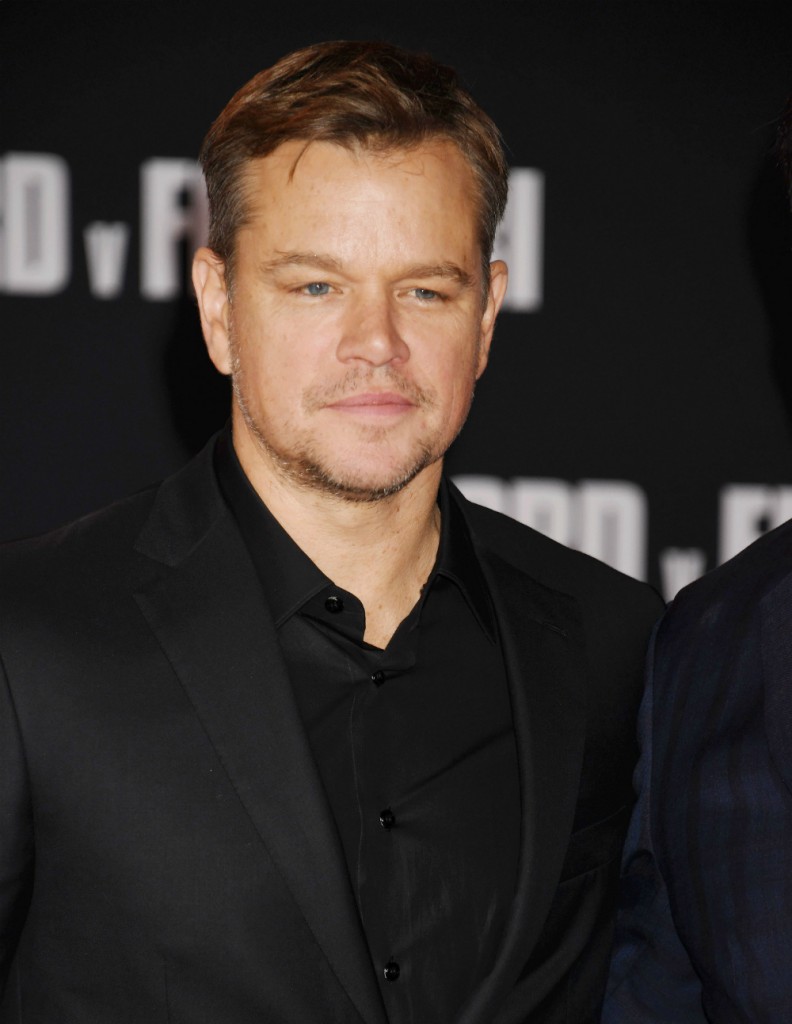 Matt Damon appeared on Ellen DeGeneres’ talk show last week to promote Ford vs. Ferrari, which I hope to see this weekend. He mentioned that he was jet-lagged, having just finished filming in France. He is loopy and it’s kind of funny. Due to his rambling during the interview, he and Ellen cover a variety of tidbits to various degrees of success. Like, when Matt talked about his DNA results, Ellen deemed his story boring, so she cut him off, which made me laugh. She quickly moved on to Matt’s buddy Chris Hemsworth, which always makes me happy. When Chris appeared on Ellen last year, he talked about some of the harrowing adventures Matt’s had in Australia, like stepping on a giant snake. He also talked briefly about Matt’s daughter, Stella, being stung by a jellyfish, which, according to Chris, was one of the worst he’s ever seen. So Ellen asked Matt about it, including if anyone peed on poor Stella to take the sting away. Dr. Matt said no, no one did, because that myth is a load of bunk.

The interview is queued up to Matt’s Australia stories, starting with the snake story. The transcription is just the jellyfish part:

My daughter Stella [9]. Got stung by a jellyfish.

Did someone have to pee on her?
I’d been stung by a jellyfish, once in Hawaii, like we were fishing for the day with some friends of mine who were all, “I’ll pee on ya’.” But it turns out, that’s just something that someone made up because they thought it was funny. What you’re supposed to do is put somebody in a really hot bath and get a sponge and gently remove the tiny little needles that are in you when one stings you – so you brush them out.

[To the audience] Okay, so nobody has to pee on anybody
Or just stay in America

The fact is – Matt is 100% correct. There is no basis for the “pee on it” recommendation. The idea was that urine would neutralize the pain. It does not and can make it worse. Instead, douse the area with vinegar to deactivate the stinging cells. And, as Matt said, pluck out all the tentacles. Heat will help alleviate the pain, thus the hot bath. And don’t pee on a stingray wound either – same deal, it doesn’t work. Ugh, I’m just cringing at the thought. I’m so scared of jellyfish/stingray stings. My poor brother got stung by a stingray when we were at my folks. His daughters and I were teasing him about getting someone to pee on him as he soaked his foot at the lifeguard station with a bunch of other victims (none of us paid attention to the signs). Needless to say, he did not find it amusing as he endured the pain (and a week later Steve Irwin died from his stingray attack). So for the love of gawd – don’t get medical advice from Friends.

In the second half of the interview, Matt talked about being driven 200 MPH by 80-year old Mario Andretti at the Indy 500. How bizarre am I that the thought of a jellyfish sting terrifies me, but I would give my eye teeth to get in a race car with octogenarian Mario Andretti?

15 Responses to “Matt Damon: you’re not supposed to pee on jellyfish stings, take a bath”