Ashley Graham gets emotional when talking about her stretch mark photo


Embed from Getty Images
In August Ashley Graham shared a strategically covered nude photo of her stretch marks. She talks about the photo in an episode of her new digital series. She and Taylor Hoit discuss the “struggle” to become more comfortable in their changing bodies:

In a first look at the third episode of her digital series, Fearless with Ashley Graham, the model and first-time mom-to-be spoke with mother of four Taylor Hoit about the positive effect being candid about body changes can have on other women, who might be having a difficult time with their own journey.

“I actually first discovered you when you posted a photo of yourself on Instagram,” Graham, 32, says in the clip to Hoit, who had shared a powerful photo of her postpartum body 10 weeks after having twins, shortly after Graham shared a nude photo that highlighted her stretch marks earlier this year…

Although Graham’s photo was praised by many when she posted it back in August, the model went on to share that she, [like Hoit], had been struggling with her “new body” at the time.

“It’s interesting that you say that [you thought about deleting the photo of yourself] because the reason why I had posted that original photo, I had just announced that I was pregnant and I thought then I was going to feel good and I didn’t. I just felt terrible. And that morning, actually … ” she said, stopping herself as she began to cry.

“That morning, I was like, ‘Get it together, Ashley, there’s other women out there that are going through the same thing as you — why don’t you have a dialogue?’” she explained.

Adding that the experience of having a “new body” made her feel “so isolated” and “so alone,” Graham noted that pregnancy has meant having “to come into this new world of body confidence.”

I didn’t know Ashley had a web series, (which is on ellentube). I’m going to check it out. I also like that Ashley is continuing this conversation about the photo. I appreciate that she’s being candid about her struggle to accept the way that her body has changed because of her pregnancy. She got a lot of support and thanks (which is wonderful) when she posted the photo and helped to further the conversation about the way that pregnancy affects a person’s body. That doesn’t mean that her choice to share the photo was easy. I think it’s so important that Ashley is being open about how she broke down that morning and then realized that she could share the photo as a way to engage others who felt as she did. She helped create a supportive community of others who were living through the same experience (or had). Sharing personal stories can be such a powerful, meaningful experience, both for the person doing the telling and for others whose stories are similar, and who needed to be reminded that they aren’t alone. 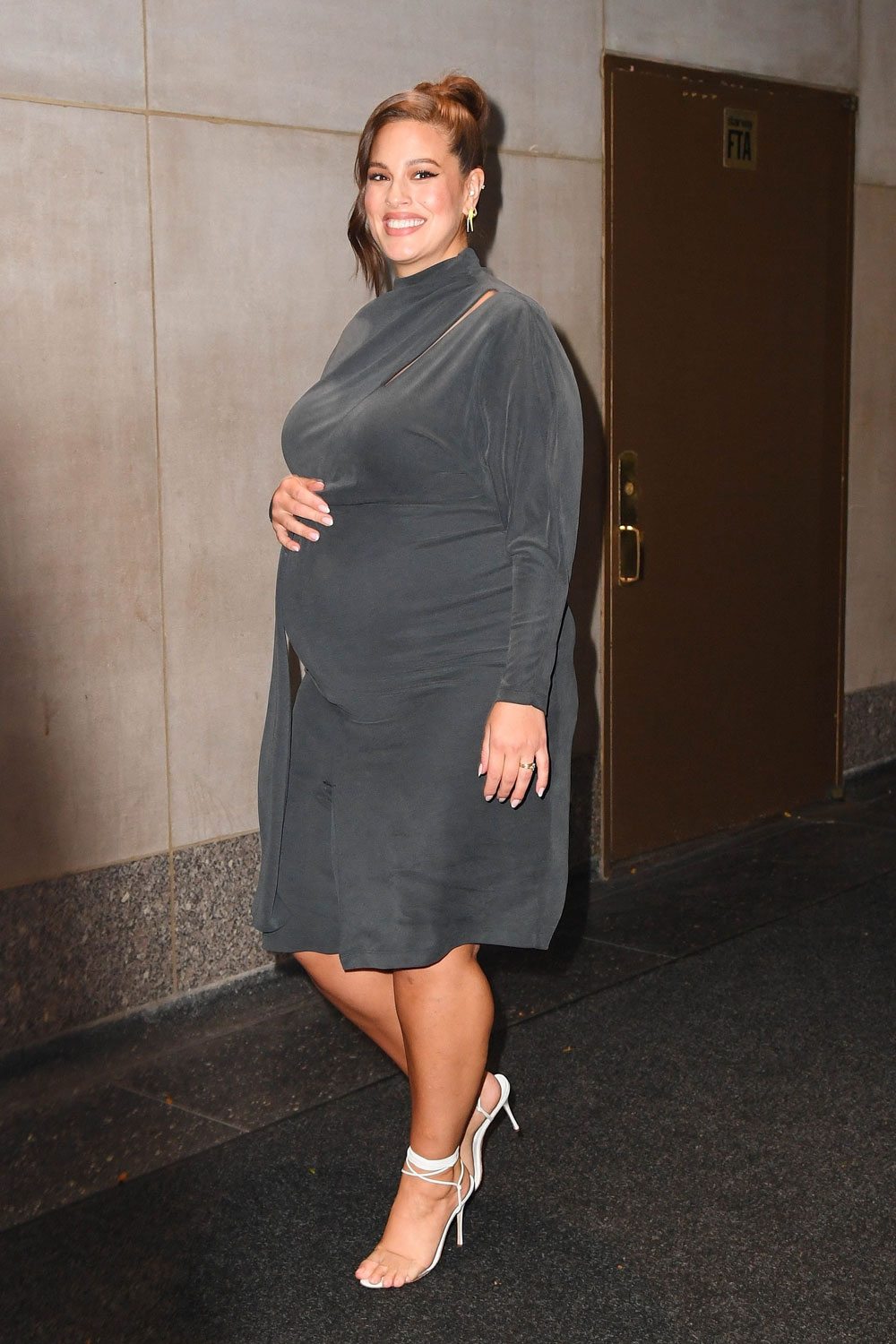