Page Six: Taylor Swift will ‘play dirty with elegance and grace’ at the AMAs 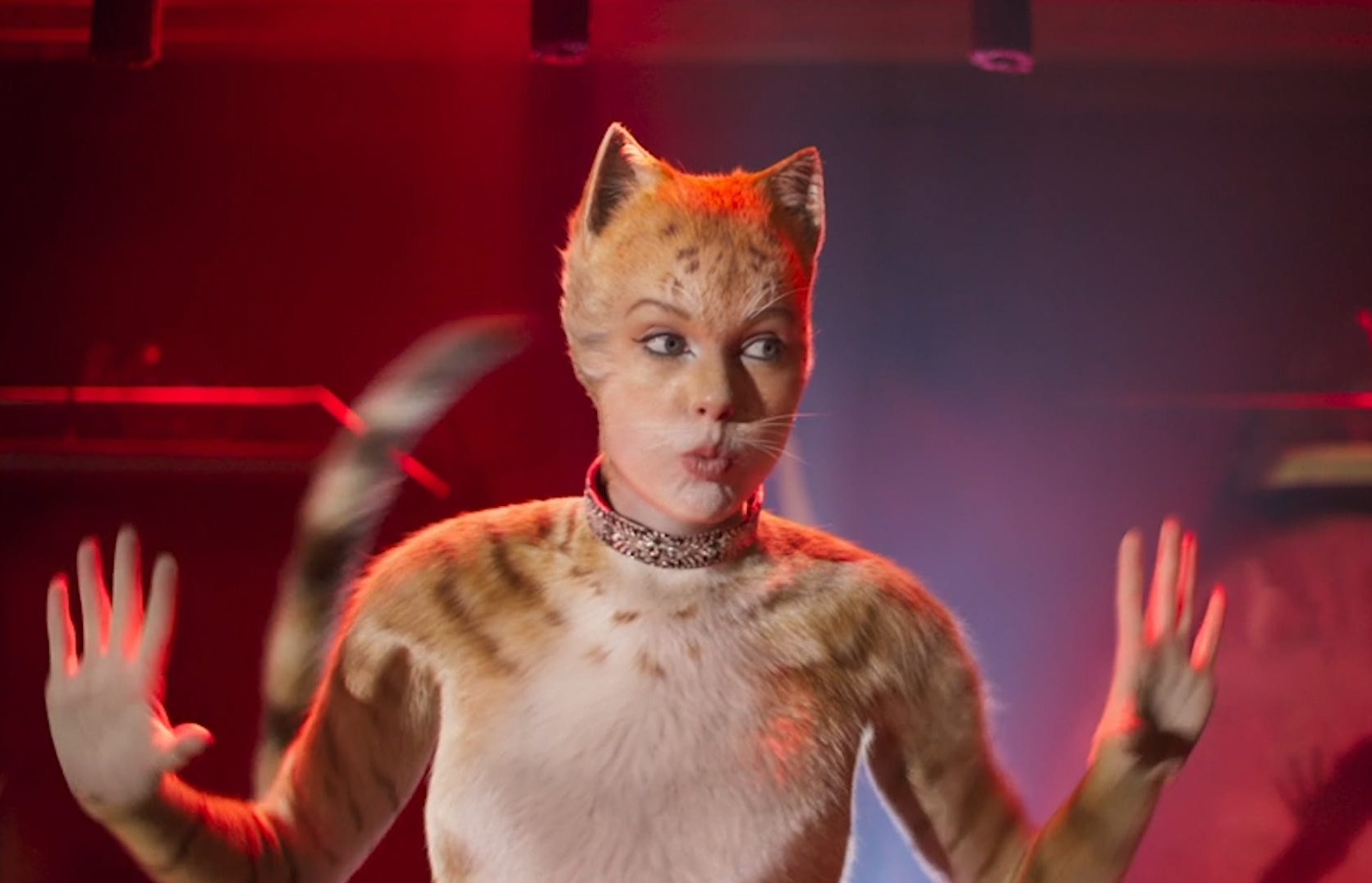 The second trailer for Cats dropped yesterday and honestly, it’s even messier than the first trailer, if that’s even possible. The first trailer was just an utterly horrid, budget-looking affair which made zero sense. And the second trailer is just… the same, but with more characters and “improved” CGI. I think the aim was to make the computerized “fur” look less creepy and more natural (??) but it didn’t work. Because we’re still looking at g–damn cat boobs. Here’s the trailer:

The obvious question is “who will even watch this?” I mean, who will go to the theater and watch this as a serious person who takes movies seriously? I could see loads of drunk or high (or both) students going to see this to get their minds blown. I could see people hate-watching it. But who is the target audience? Is it just… Taylor Swift’s snake fans? Perhaps.

In another This Is Just For The Snake Fam News, Taylor’s people ran to Page Six to spill some tea about how Taylor’s American Music Awards performance is going to be super-epic and it will involve Taylor playing the biggest victim and the bravest little girl in the world.

Taylor Swift is planning a “fierce show of female artistic strength and empowerment” during her performance at the American Music Awards amid her battle with Scooter Braun over her master recordings. Music industry sources exclusively tell Page Six that Swift, 29, will fight back against Braun in both her much-anticipated performance and in a speech as she accepts the Artist of the Decade award at Sunday’s ceremony in Los Angeles. They add that Swift could also be joined on stage by her close friends and artists who have supported her, such as Selena Gomez, Kesha and Halsey.

One music insider tells Page Six, “Taylor will turn her AMA performance into a huge moment, and a powerful message. We are expecting to see artists such as Selena join her on stage as part of a fierce show of female artistic strength and empowerment. Then, when accepting her award, Taylor will likely make a statement about artists being able to own their masters, the music they created, and how she feels she has been treated by Scooter and Scott [Borchetta, the founder of Swift’s former label Big Machine]. Her friends are all going to be pushing her message on the red carpet. Taylor’s going to play dirty with elegance and grace.”

LMAO. I can just imagine Taylor typing that out. “Put this in the email to Page Six: ‘Taylor’s going to play dirty with elegance and grace.’” She was so proud of that one. If you have to tell people that you’re playing dirty with elegance and grace, guess what? You’re not really playing dirty, nor are you elegant or graceful. I don’t define “playing dirty” as “using your enormous platform to encourage your fanbase to threaten, doxx and harass people.” That’s what’s known as incitement, and it’s disgusting and not “playing dirty.” As for all of this elegance and grace, I think Ms. Bad Blood probably orchestrated this entire f–king mess so she could get attention and play the victim. It reminds me a lot of her big victim performance at the 2016 Grammys, when she made it all about Kanye’s “Famous” lyrics. Remember that? She lied about that sh-t for months and then Kim dropped the receipts. I wonder what will happen to Taylor’s little narrative this time, when she’s playing these games with powerful men, when the receipts are actually contracts, bills, legal filings, etc. 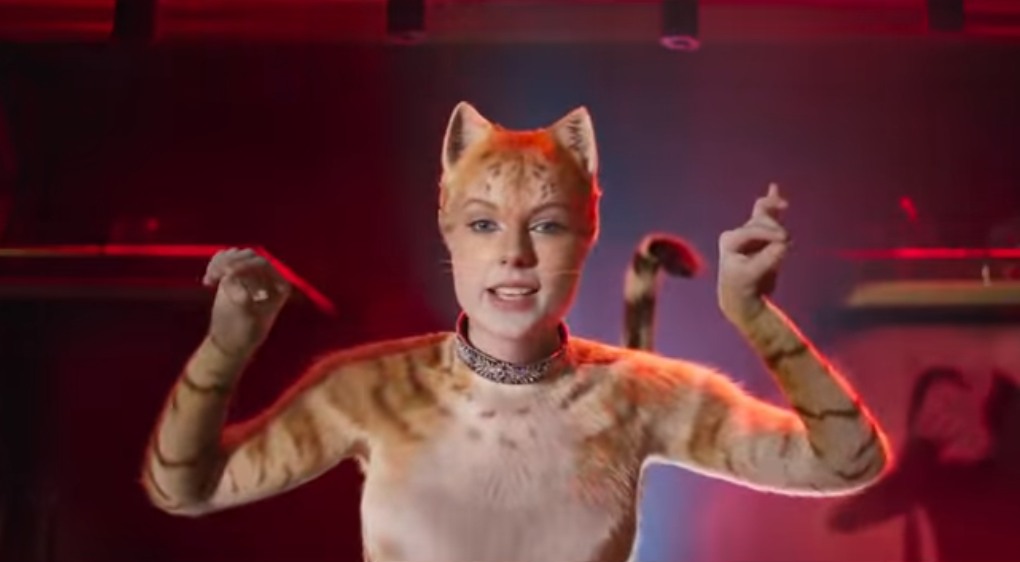 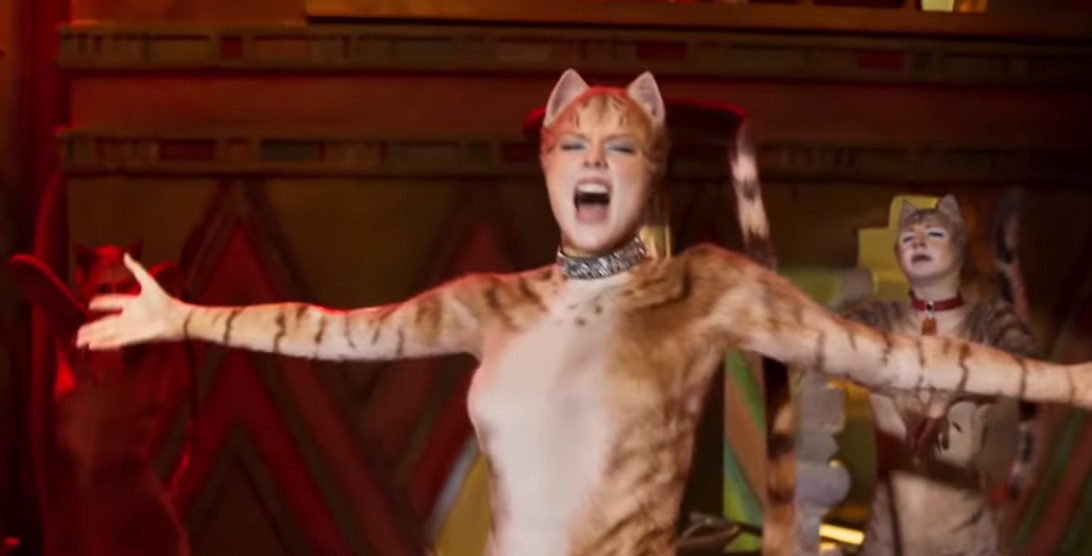 Screencaps courtesy of the ‘Cats’ trailer.

20 Responses to “Page Six: Taylor Swift will ‘play dirty with elegance and grace’ at the AMAs”