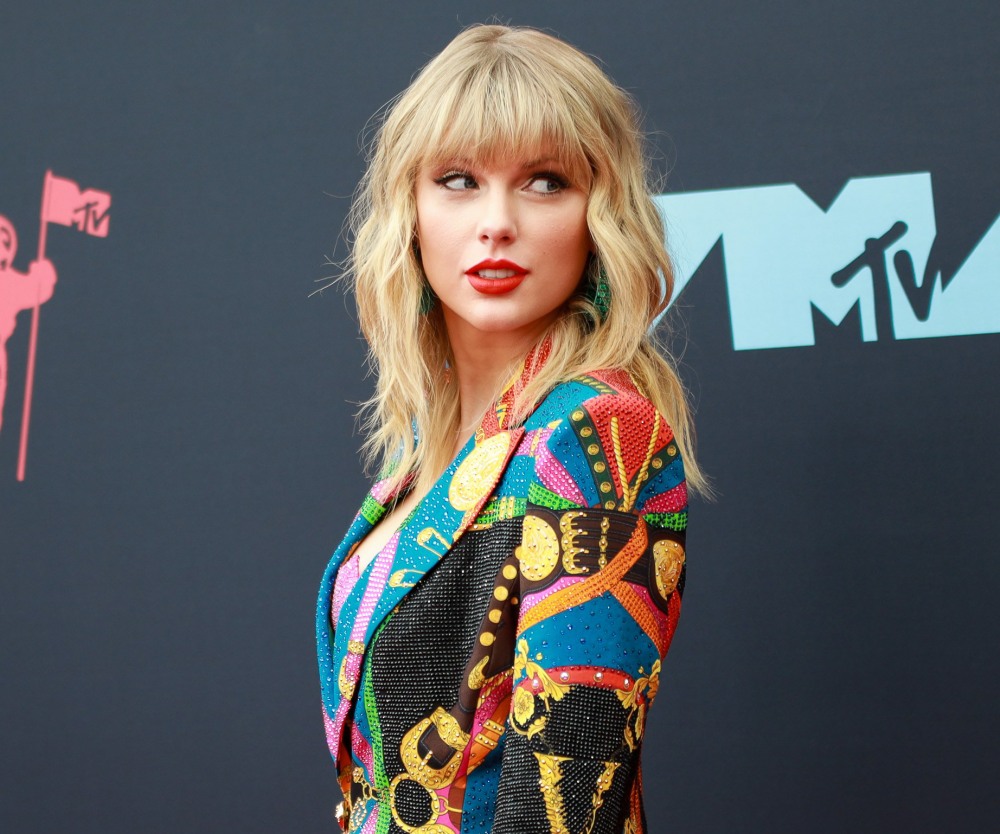 Last Thursday, Taylor Swift posted a lengthy message on her social media about Scott Borchetta and Scooter Braun, and how they’ve banned her from singing her old (pre-Lover) songs at the American Music Awards, and refused to license those Big Machine-era songs for her Netflix documentary. Taylor wrote that Braun and Borchetta were basically holding her Big Machine-era songs hostage so they could somehow get her to stop re-recording the music next year, and that the message was that she needs to “shut up.” Taylor also wrote: “Please let Scott Borchetta and Scooter Braun know how you feel about this. Scooter also manages several artists who I really believe care about other artists and their work. Please ask them for help with this…”

The next morning, Big Machine issued their own carefully-worded (and legally vetted) statement where they said Taylor owes them millions of dollars and that she’s playing the victim and they can’t stop her from performing her music live. Suddenly, the Snake Fam all became lawyers with a special interest in music-industry contractual law. I get that Big Machine’s statement was carefully-worded and that they did not actually deny the bulk of Taylor’s claims. I also get that Taylor has a history of misrepresenting situations to look like the victim. And I also get that this nearly 30-year-old woman with unimaginable wealth and access to the best auditors, lawyers and advisors in the world sicced her fanbase on Borchetta, Braun and Big Machine. It got so bad that Big Machine’s Nashville offices had to close last Friday:

The feud between Taylor Swift and Big Machine has reached a scary new level. A source with knowledge of the situation tells ET that Big Machine Label Group’s headquarters in Nashville, Tennessee, was forced to shut down early on Friday, at 12:30 p.m. local time, due to direct and hostile death threats being made to employees of the company.

The source believes that Taylor Swift fans are going to extremes to leak personal contact information and addresses of company employees — not just Scooter Braun and Scott Borchetta. Authorities have not been notified. ET has reached out to Swift’s rep for comment.

Taylor’s silence on this is disgusting, actually. She sent her spokesperson out to contradict Machine’s statement within two hours. But Taylor won’t say sh-t to her fans who are doxxing and threatening employees of Big Machine? That’s a bad look. As for Swift’s spokesperson’s statement…

With many celebrities taking sides, Big Machine said in a statement to ET on Friday that, “At no point did we say Taylor could not perform on the AMAs or block her Netflix special. In fact, we do not have the right to keep her from performing live anywhere.” A spokeswoman for Swift, however, disputed that claim in a followup statement to ET, writing that Borchetta “flatly denied the request for both American Music Awards and Netflix.”

“The truth is, on October 28, 2019 at 5:17 p.m. the Vice President, Rights Management and Business Affairs from Big Machine Label Group sent Taylor Swift’s team the following: ‘Please be advised that BMLG will not agree to issue licenses for existing recordings or waivers of its re-recording restrictions in connection with these two projects: The Netflix documentary and The Alibaba ‘Double Eleven’ event.'”

“To avoid an argument over rights, Taylor performed three songs off her new album Lover at the Double Eleven event as it was clear that Big Machine Label Group felt any televised performance of catalog songs violated her agreement,” the statement continued. “In addition, yesterday Scott Borchetta, CEO and founder of Big Machine Label Group, flatly denied the request for both American Music Awards and Netflix. Please notice in Big Machine’s statement, they never actually deny either claim Taylor said last night in her post. Lastly, Big Machine is trying to deflect and make this about money by saying she owes them but, an independent, professional auditor has determined that Big Machine owes Taylor $7.9 million dollars of unpaid royalties over several years.”

A Big Machine executive, however, told ET: “Taylor can 100 percent perform all of her catalog, past and present, at the AMAs. Big Machine has no issue with her performance going out on live broadcast because it recognizes it doesn’t have the right to block her. Labels can’t block any artists from performing any songs live.”

The two sides are throwing around some really big accusations at each other, and what’s striking is that very little of this is a he said/she said situation. This isn’t “Borchetta said some sh-t to me in private.” These are legal, corporate, financial and contractual issues for which there will be a paper trail (or “receipts”) on both sides. Which means that this should be an issue with lawyers on both sides. If Taylor has the evidence that she’s being treated unfairly or illegally, then go to court. What she should stop doing is encouraging her fans to doxx and threaten people. 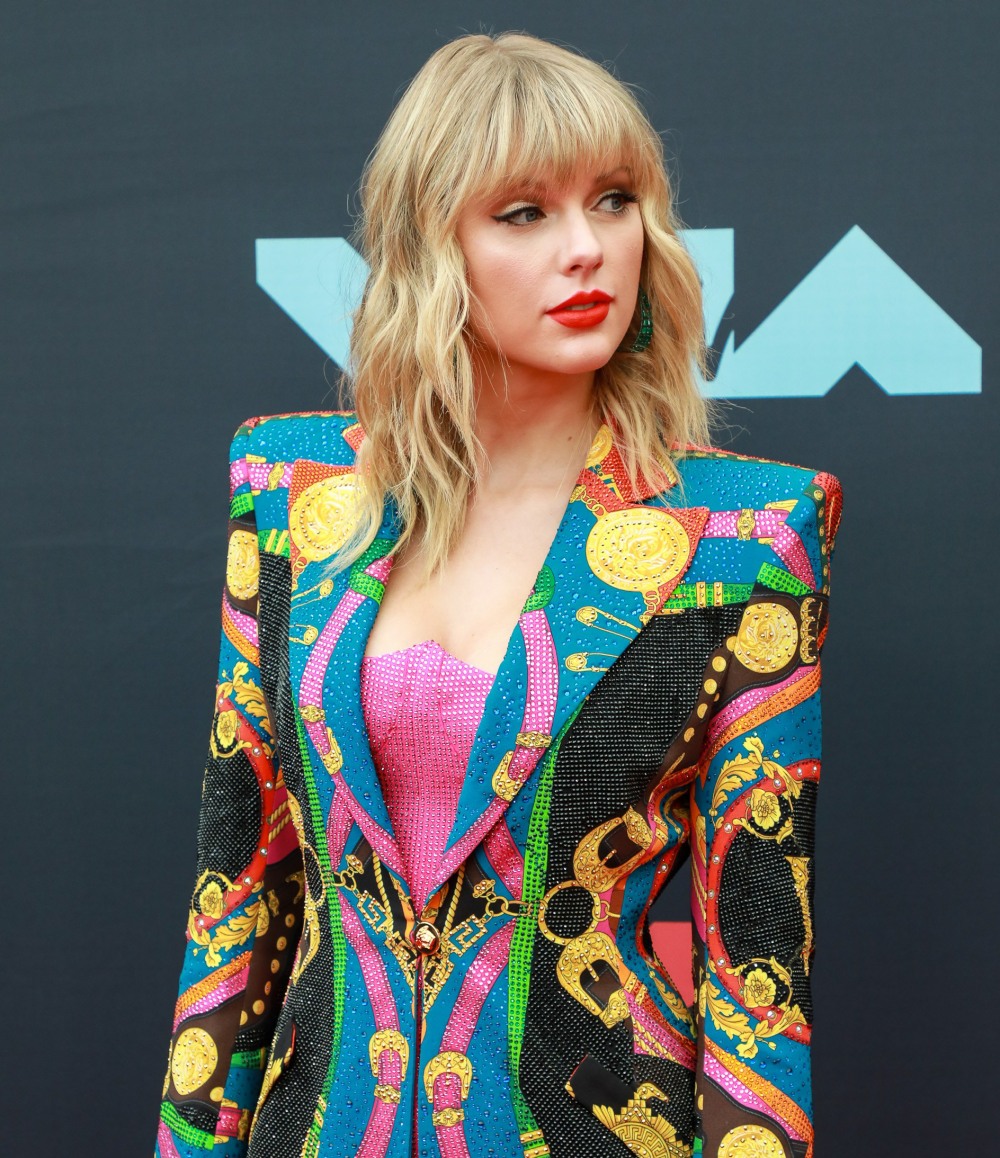