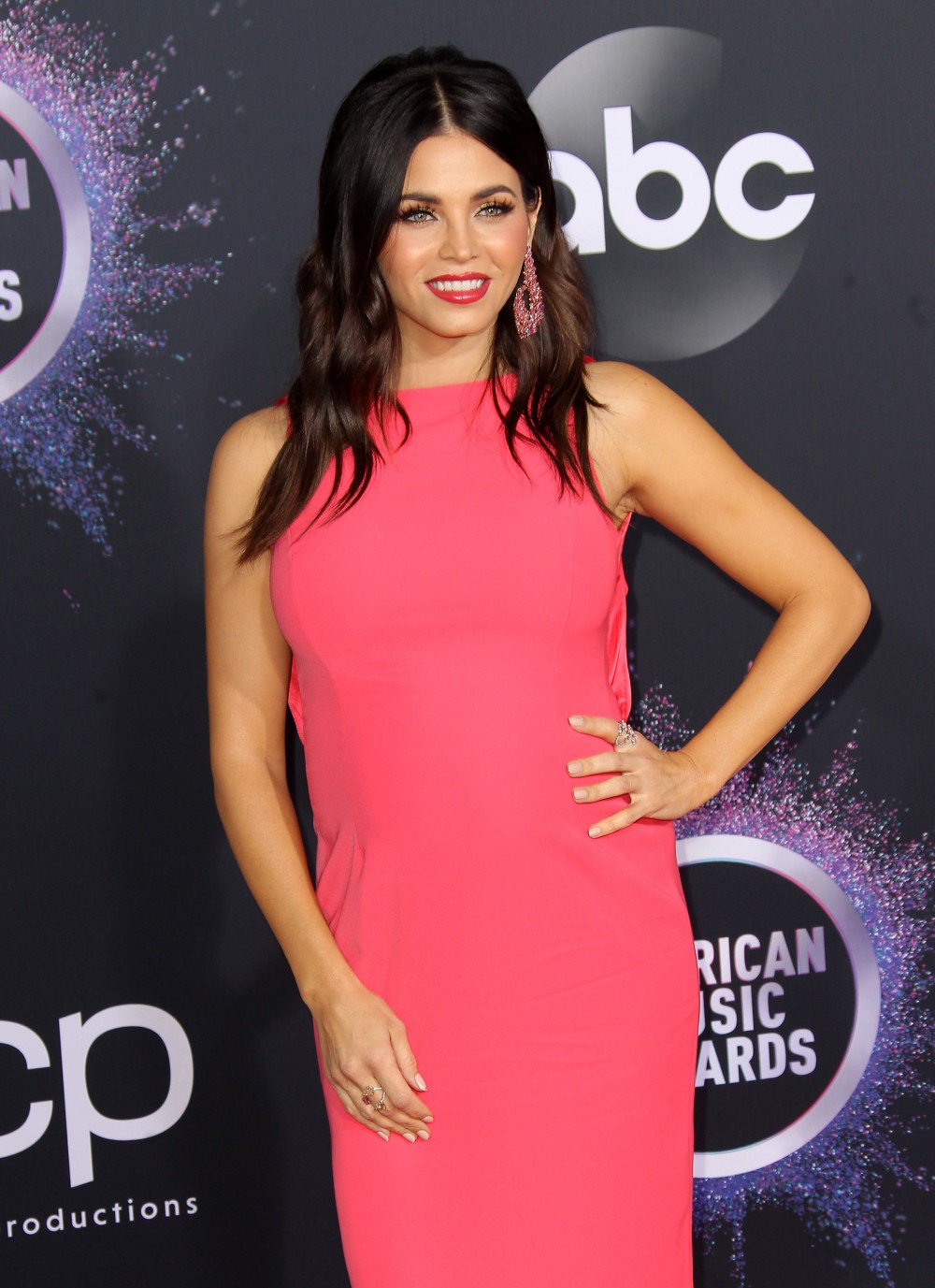 Last night’s AMAs were decent but they went on too long like every awards show. I know I’m such a privileged bitch to have this job but it’s work whenever I have to stay up to watch these things past 10. Plus Taylor Swift annoys the sh-t out of me for good reason. To those of you who have desk jobs, customer service jobs or who otherwise do actual work, I’m sorry. When I miss things I feel like I’m not doing my job is all. I noticed Jenna Dewan saying something to stylist Brad Goreski during Camila Cabello’s performance but didn’t think much of it because I couldn’t see what she was saying. Someone captured that moment and it’s really clear she’s saying “she’s always extra.” A clip is below (update I recorded after the original was removed on Twitter):

OK yes she’s definitely saying that. I agree about Camila, but my main sentiment whenever I see her is to think about what a nothingburger she is. No matter how hard she tries she’s always a snooze. Like how does she have this career? It baffles me. During the red carpet and performances, Jenna posted a ton of stories and she did have a positive clip of Camila with a nice caption. Here’s a screenshot of that. 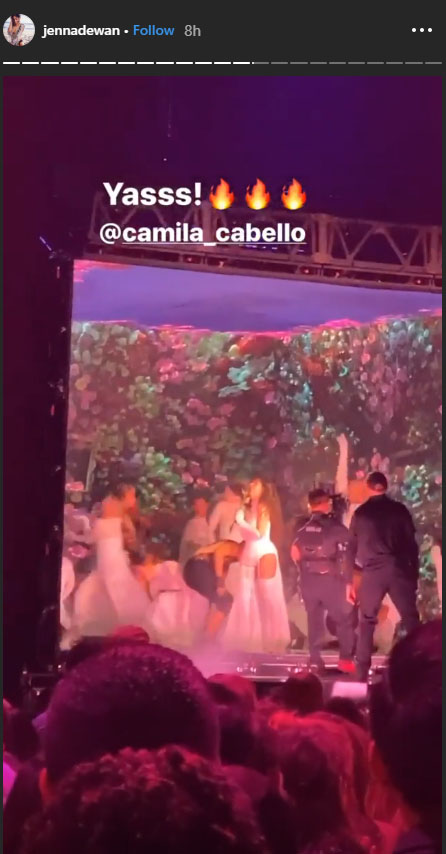 Anyway once people pointed out that the clip of Jenna was going viral, Jenna and Brad recorded a video from the back of their limo saying how much they loved Camila and how they were dancing to Senorita and have no idea why people are saying they don’t like her. It was probably the best way to handle this. I put a screenshot in the gallery and here’s what they said.

Jenna: Hi guys, leaving the AMAs, I’m getting a lot of text messages from people wondering if I was shading Camila. No, I love her. I love her so much. I’m such a big fan of hers. I don’t understand what that’s about, but I love her.

Brad: Guys we were bumping and grinding to so hard to Senoria. We’re obsessed.

I like how Jenna is like “omg I don’t even know what you’re even talking about.” I like her more now honestly. She’s always so kumbaya on the surface. Now that I know she’s a catty bitch I feel like she’s one of us.

Let’s get to Jenna’s fashion. Brad did a great job! She was in a beautiful pink Emporio Armani gown that made her look like a goddess. Also I know a lot of people hate the red carpet bump cradling but I would so do that if I was a pregnant celebrity. Those pictures are out there forever and you want people to know, plus it’s just natural to do that when you’re pregnant. 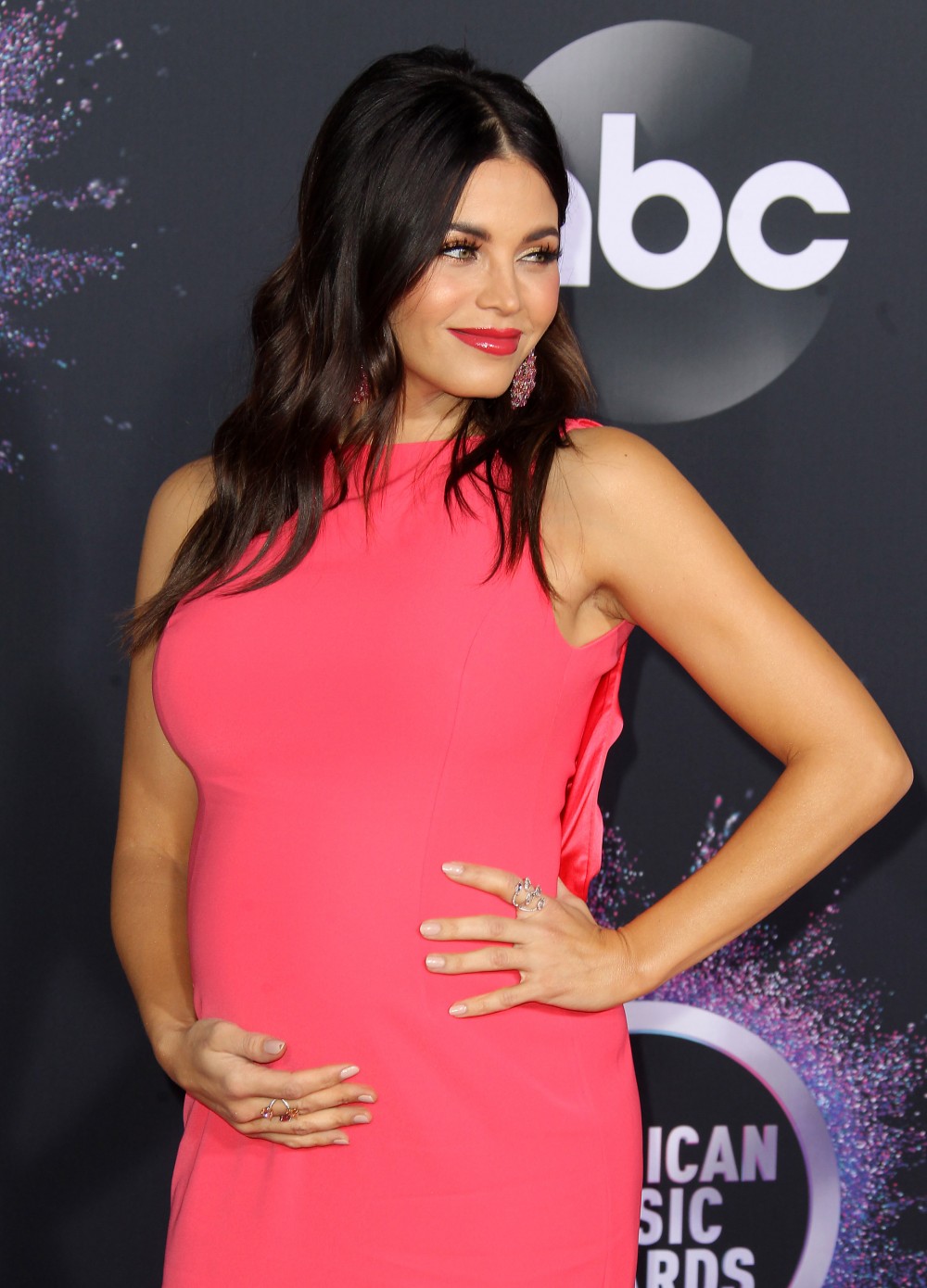 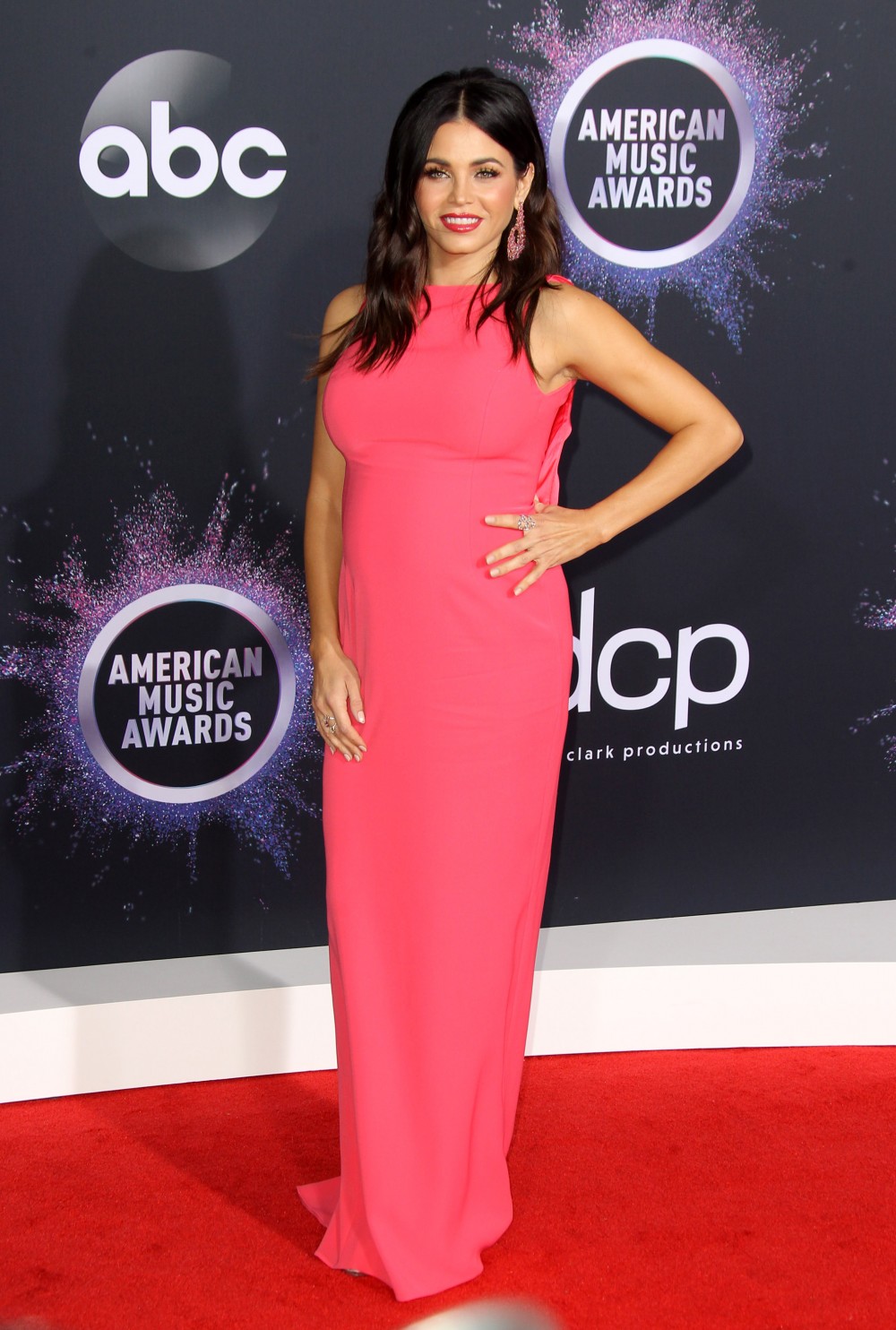