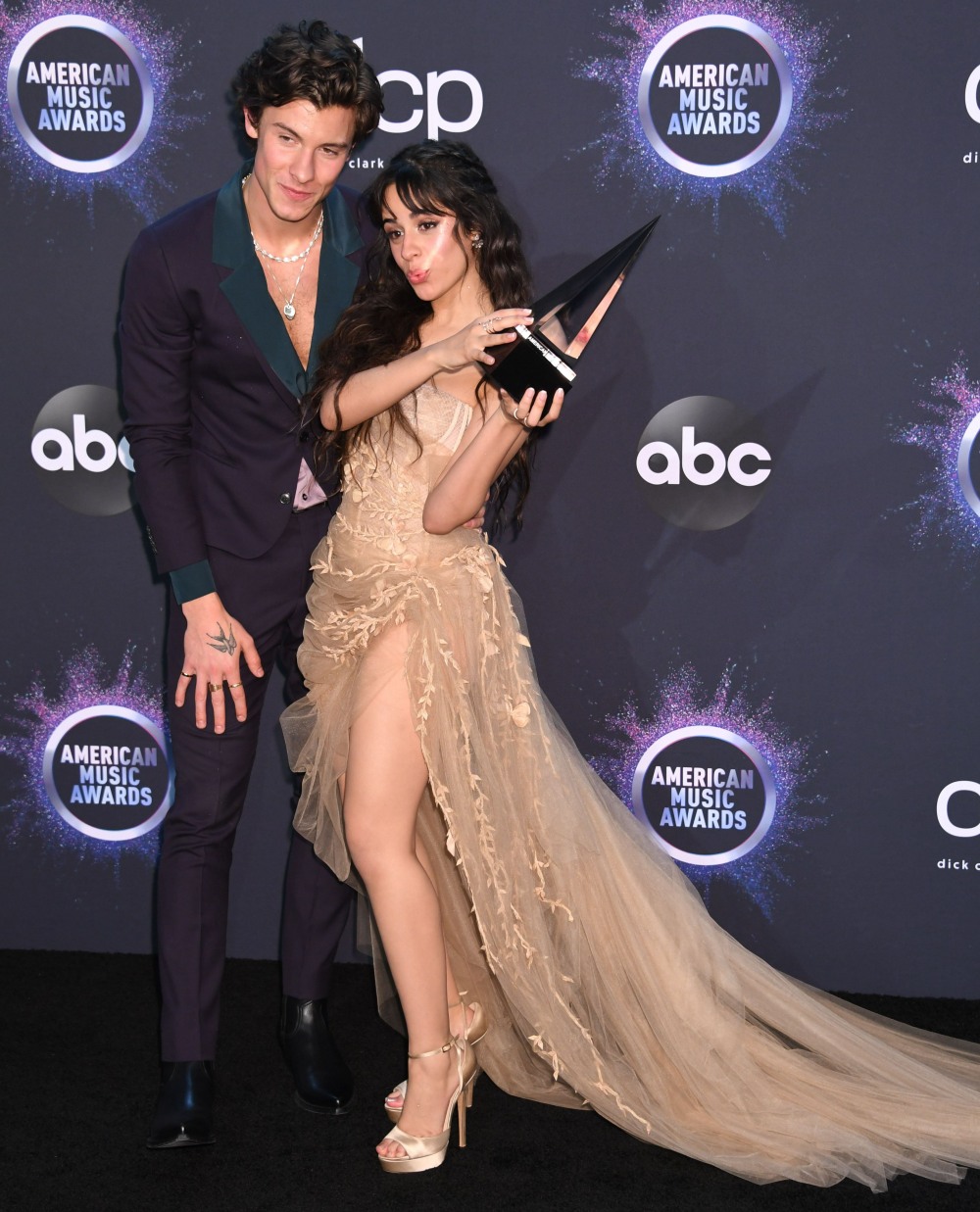 Did anyone really think that Shawn Mendes and Camila Cabello would still be together by Thanksgiving? I did not. But they are. Sort of. I mean, BARELY. Shawn and Camila appeared at the American Music Awards, where they performed “Senorita” together (using much of the same staging from their VMA performance!!) and picked up a “Best Collab” award. They arrived on the red carpet separately, Camila in her Oscar de la Renta gown (which is the wrong color for her) and Shawn trying to show off his chest or something. They sat together and Camila looked like she tried to kiss Shawn when they won but… he was like “no.” 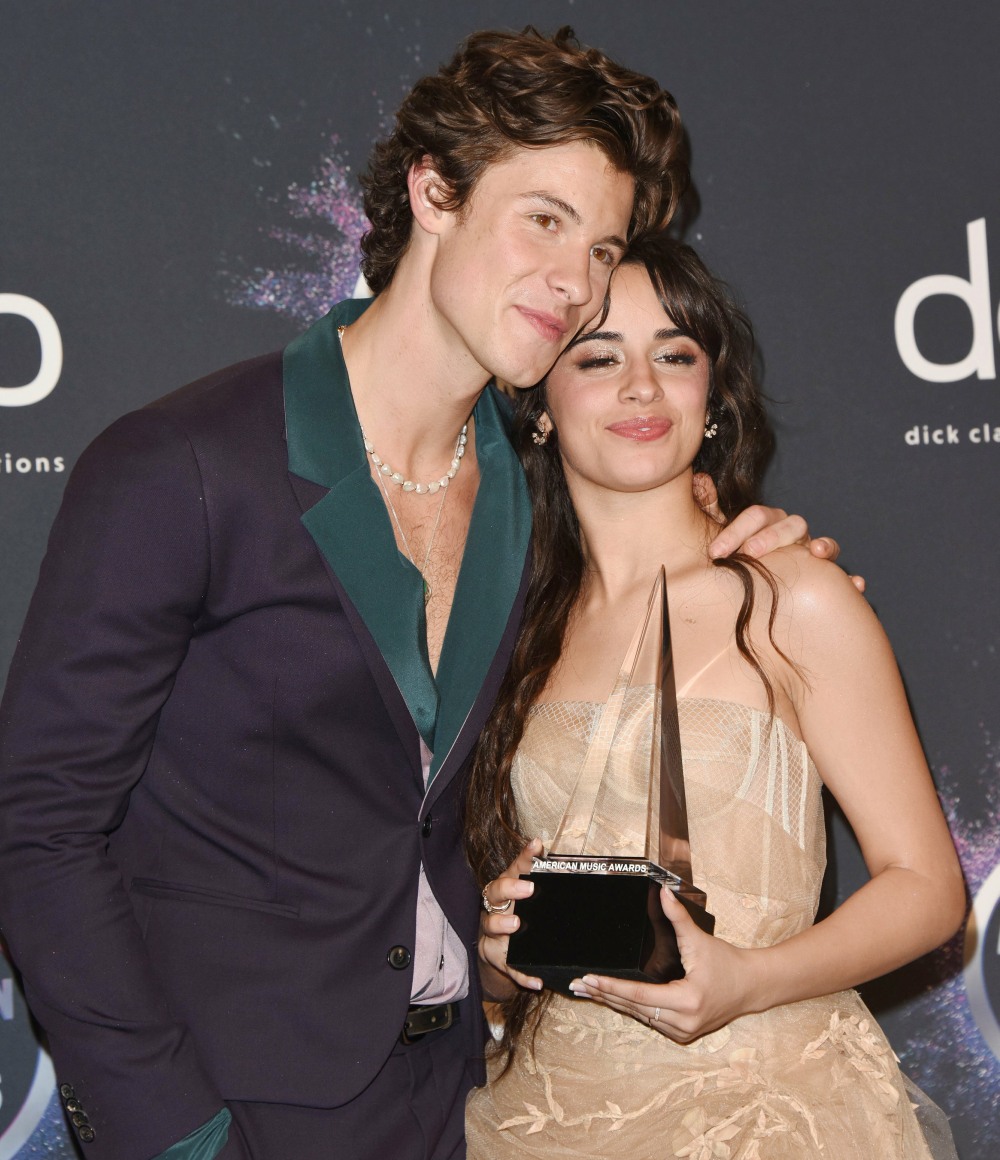 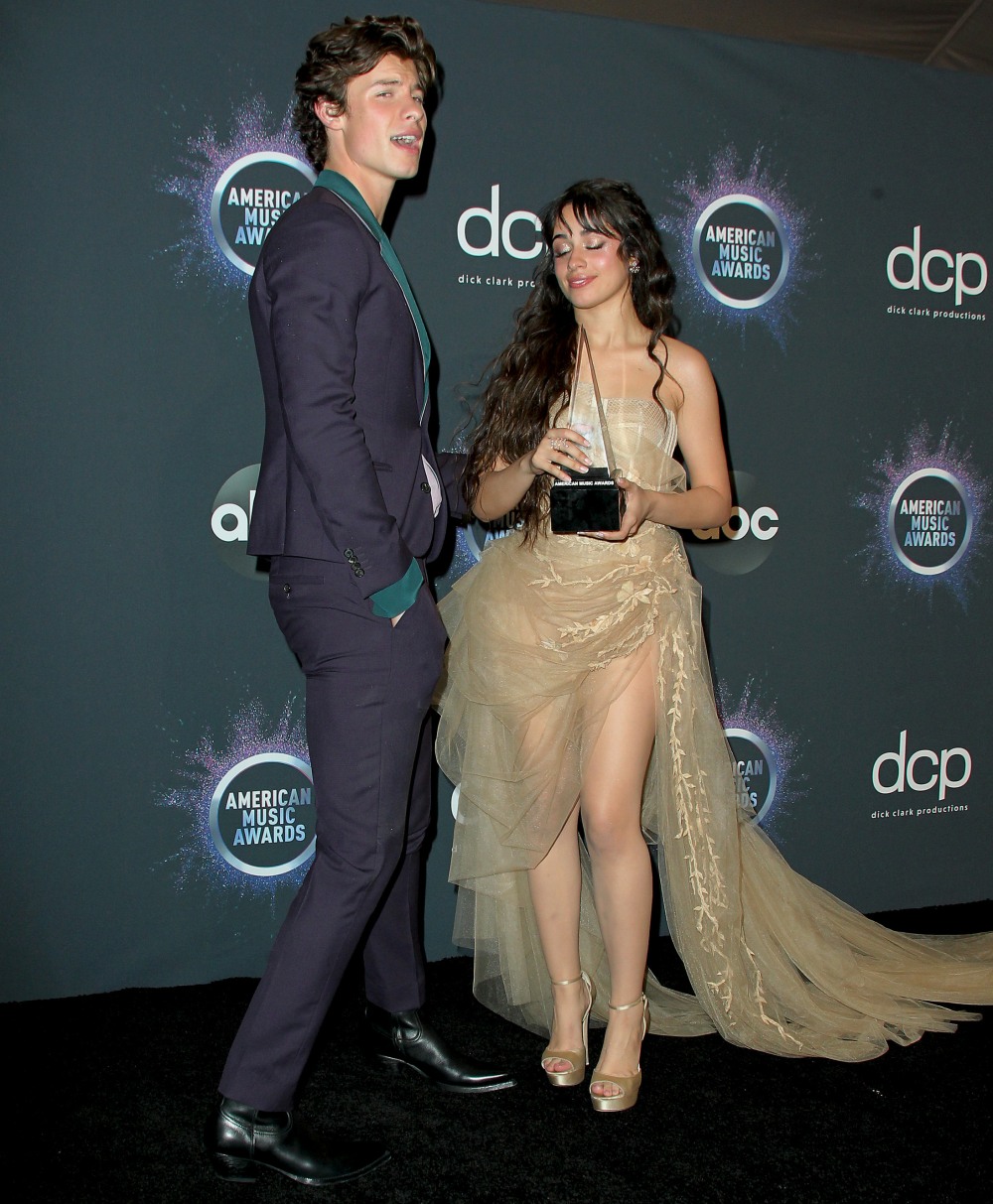 Other photos from the AMAs. Here’s Post Malone in some kind of cowboy ensemble. Bless him, I love him. 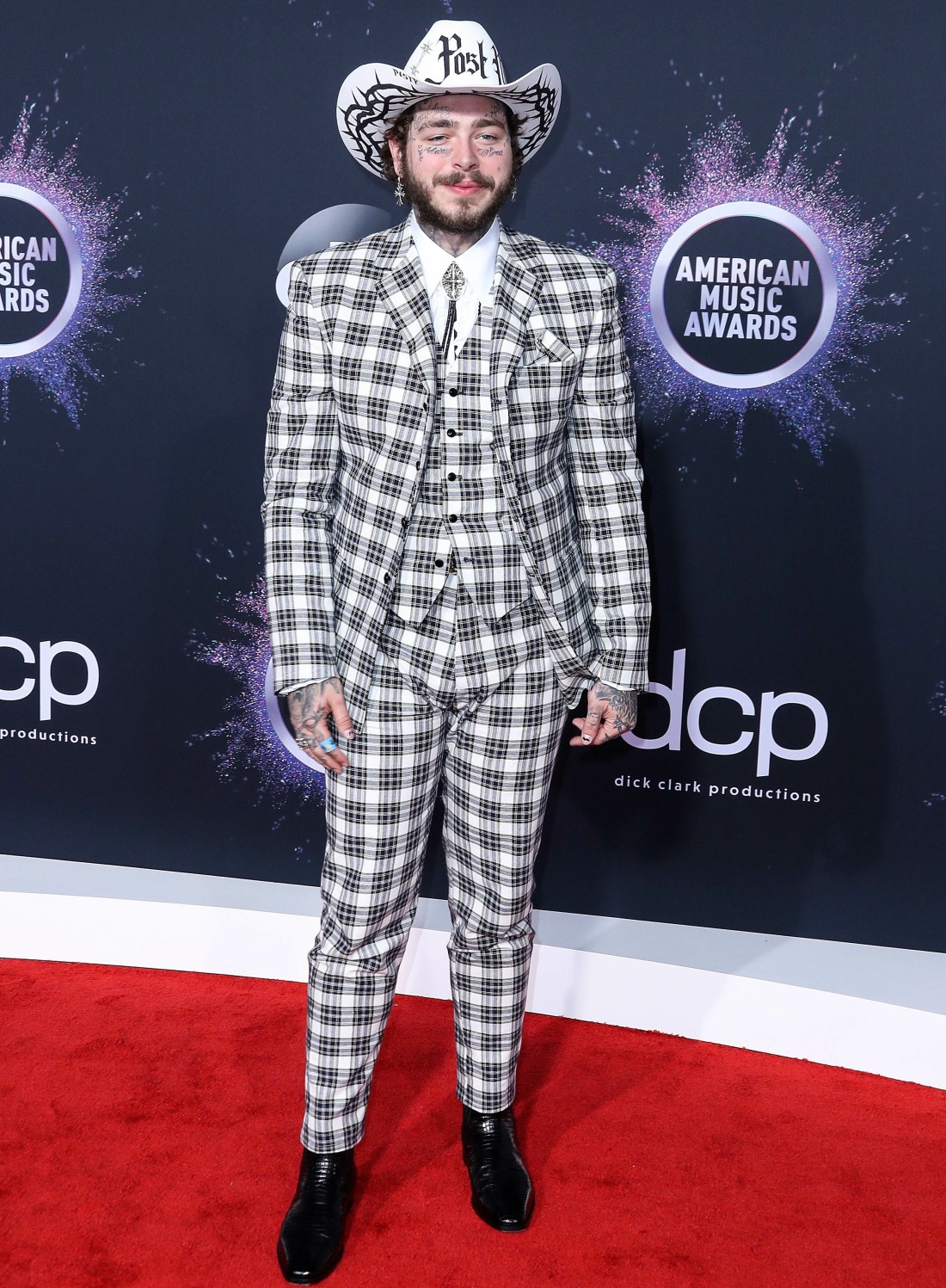 Katherine Langford in Rodarte, which would have been fine if not for the RED EYE MAKEUP. 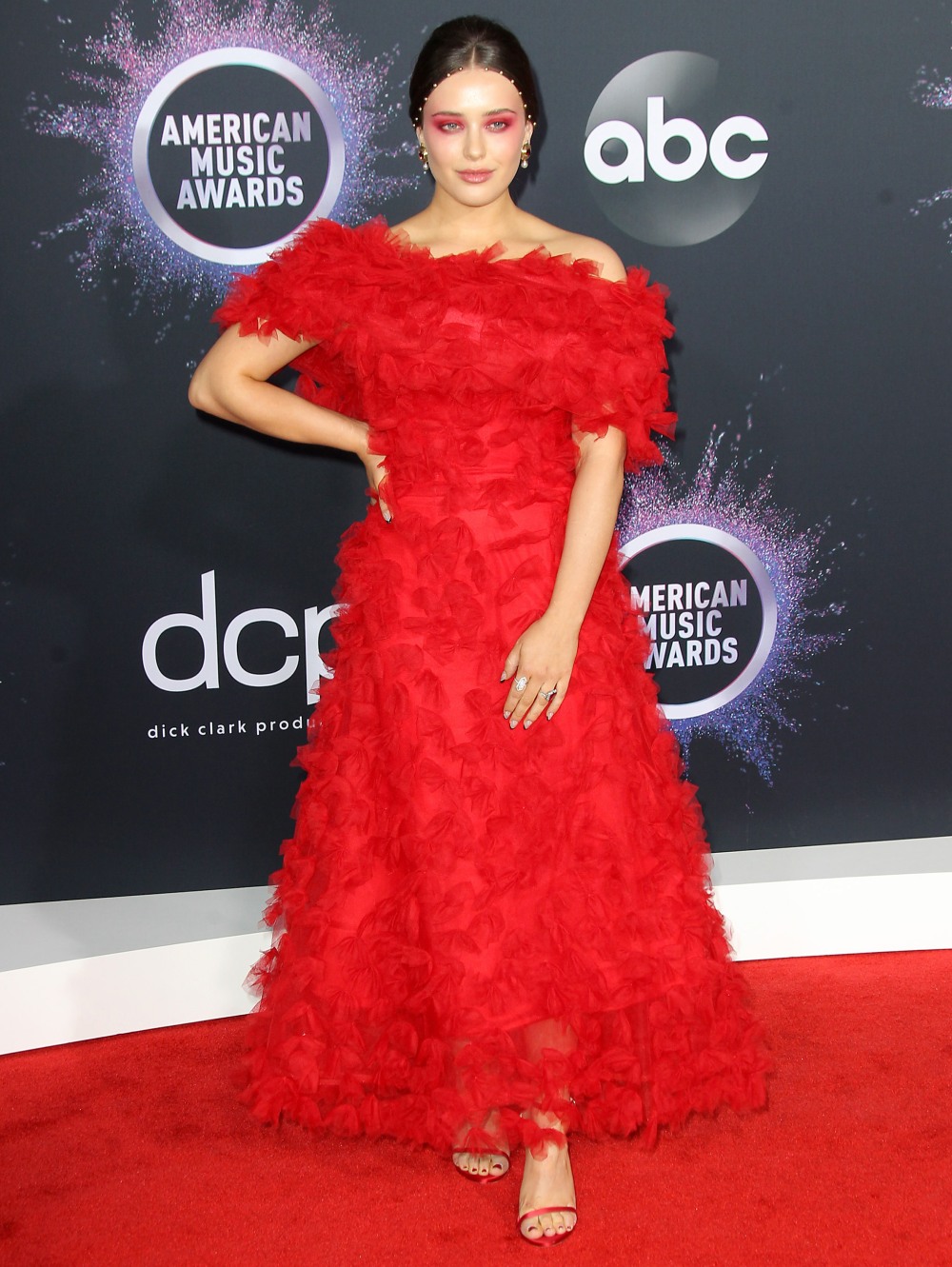 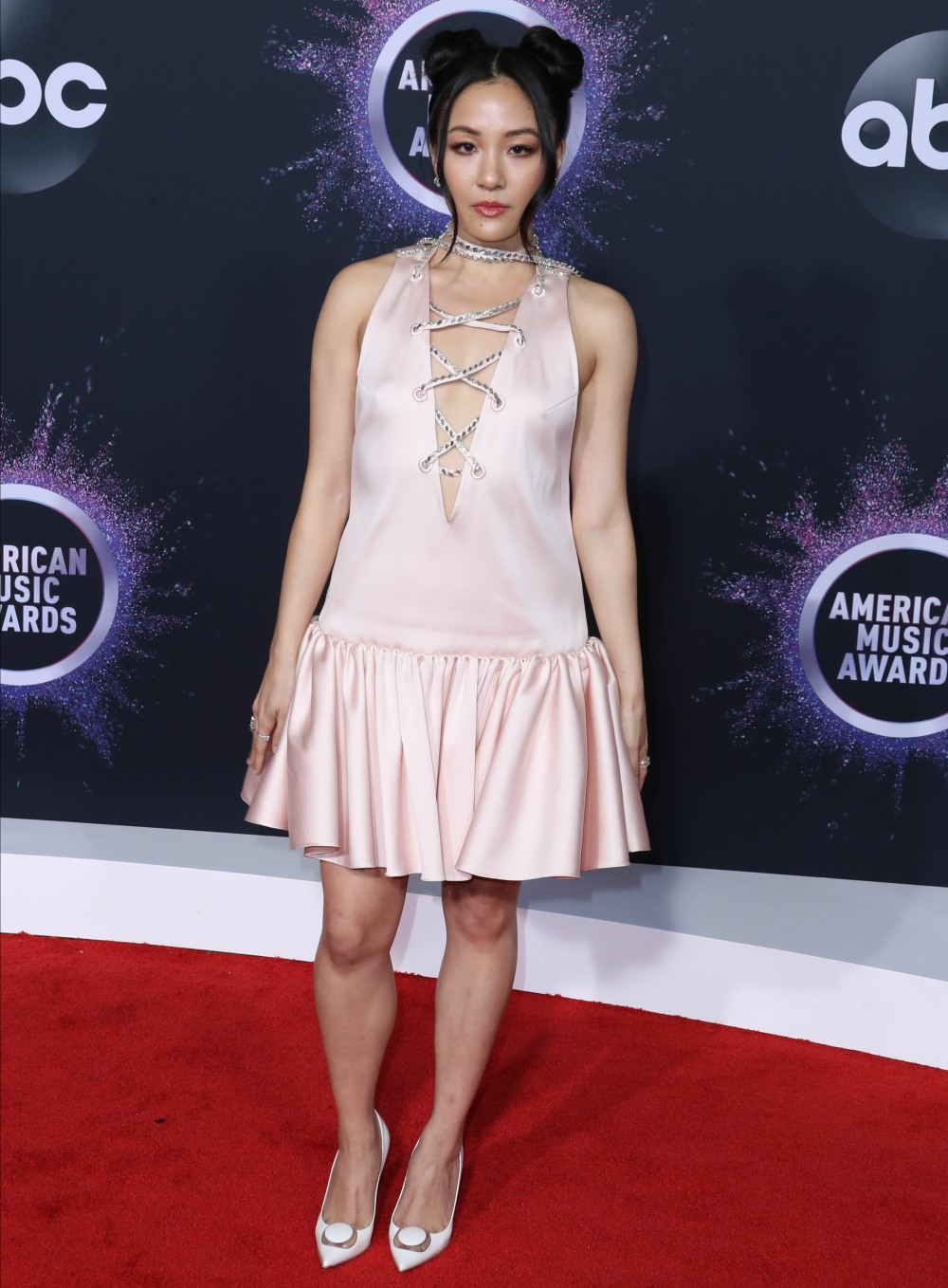