Selena Gomez in Versace at the AMAs: such a great red carpet look? 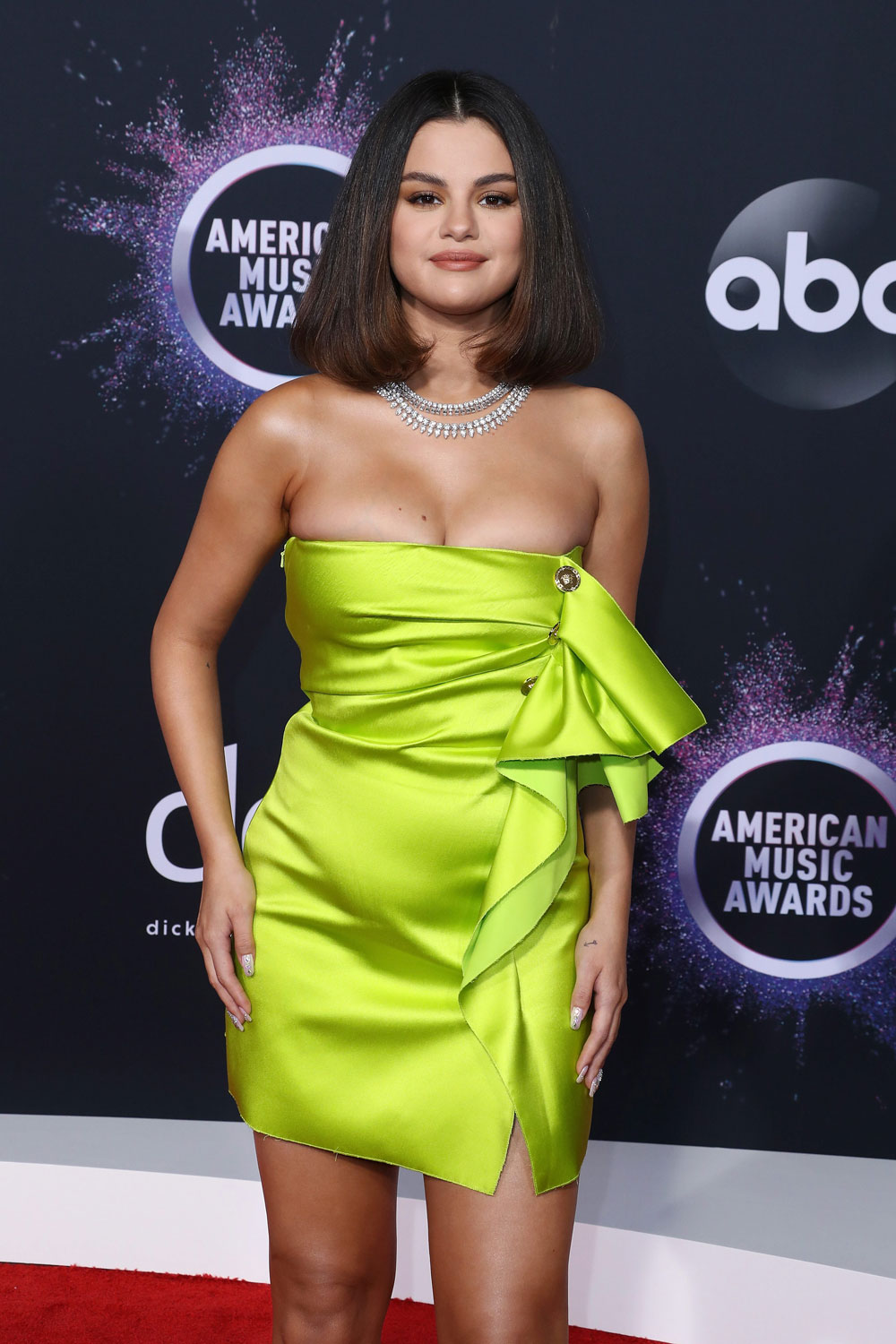 Selena Gomez looked amazing on the red carpet at the AMAs last night. Unfortunately her performance opening the show was a bit muted, to be generous. She did “Lose You To Love Me” and “Look at Her Now,” and it was somewhat off key and not that dynamic. You can see a clip from that on JustJared. Her red carpet look was a bright little Versace and she rocked it though. The Fashion Court tweeted a photo of this on the runway and it’s perfect for Selena. Her hair is so cute like that and her makeup is beautiful. 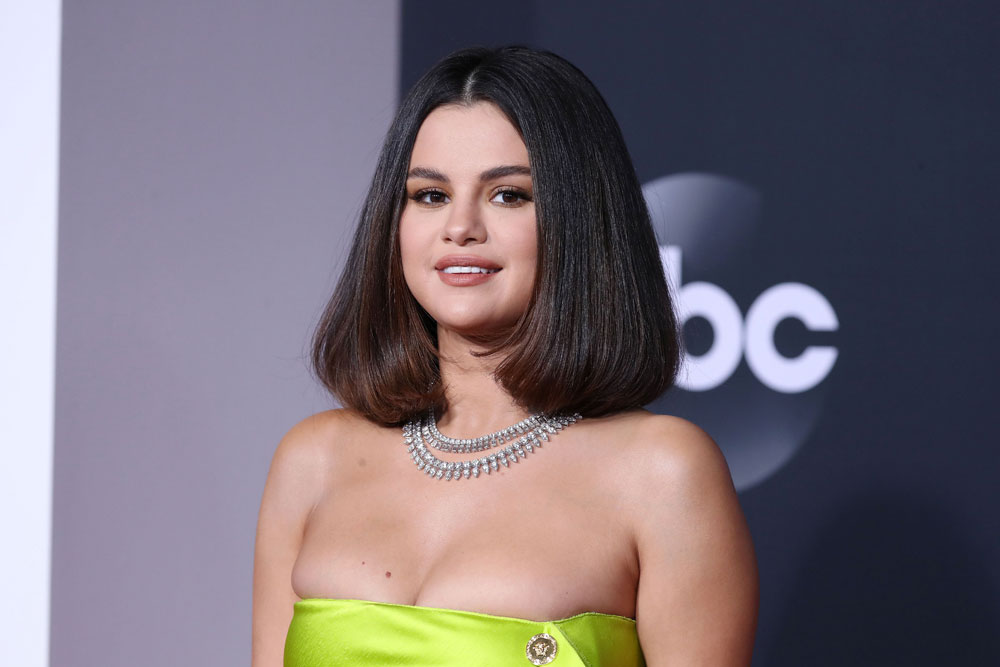 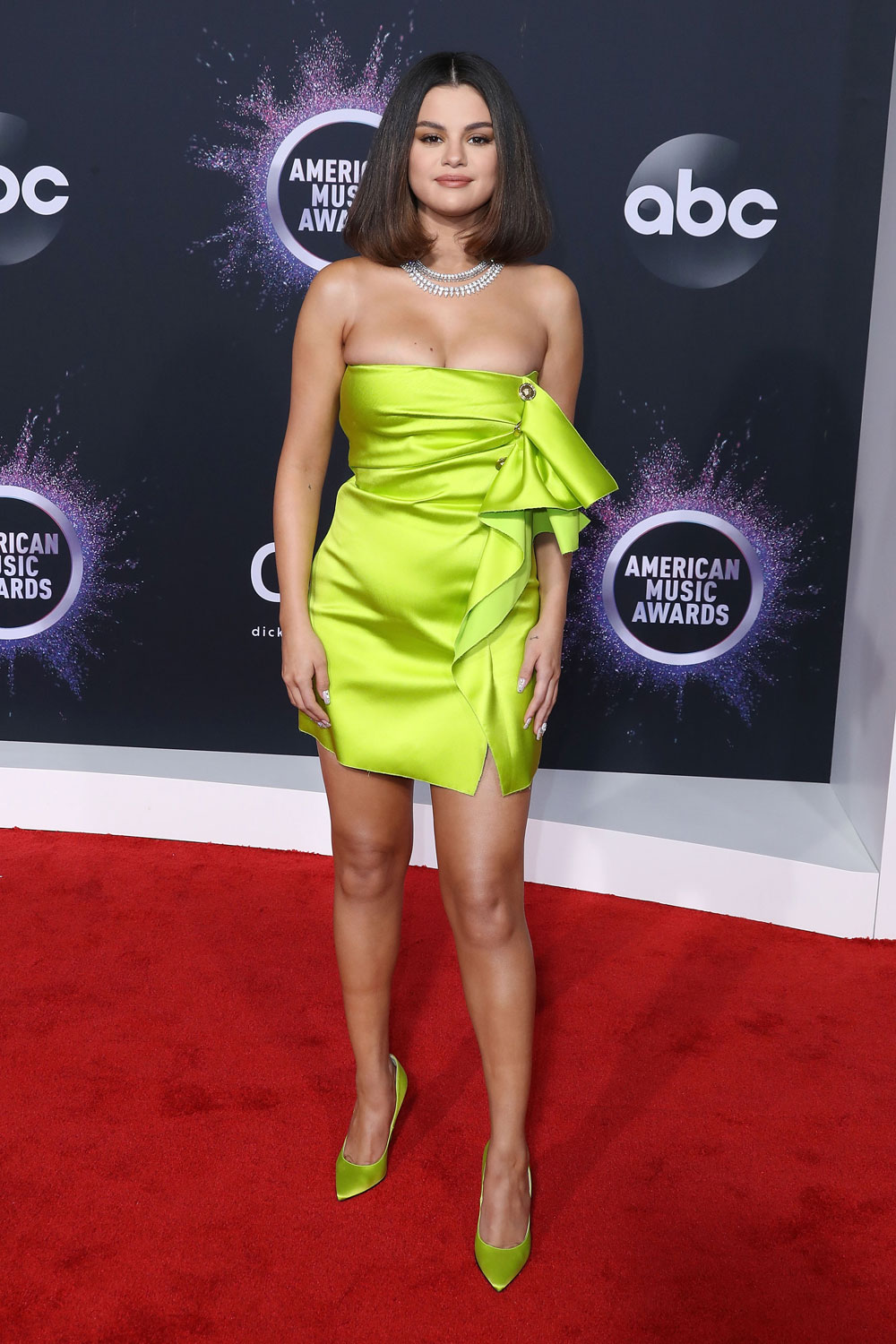 Lil Nas X won for favorite song rap/hip hop for Old Town Road with Billy Ray Cyrus, but he lost in the other four categories he was nominated in, which was surprising to me. Honestly I didn’t recognize him at first without his cowboy hat. He had on a crazy bright green Christopher John Rogers suit with a zebra velvet tee. (Thanks Fashion Court for that description.) I read on Twitter that he may have chosen this look to be green screen memed in it, which was smart if so. 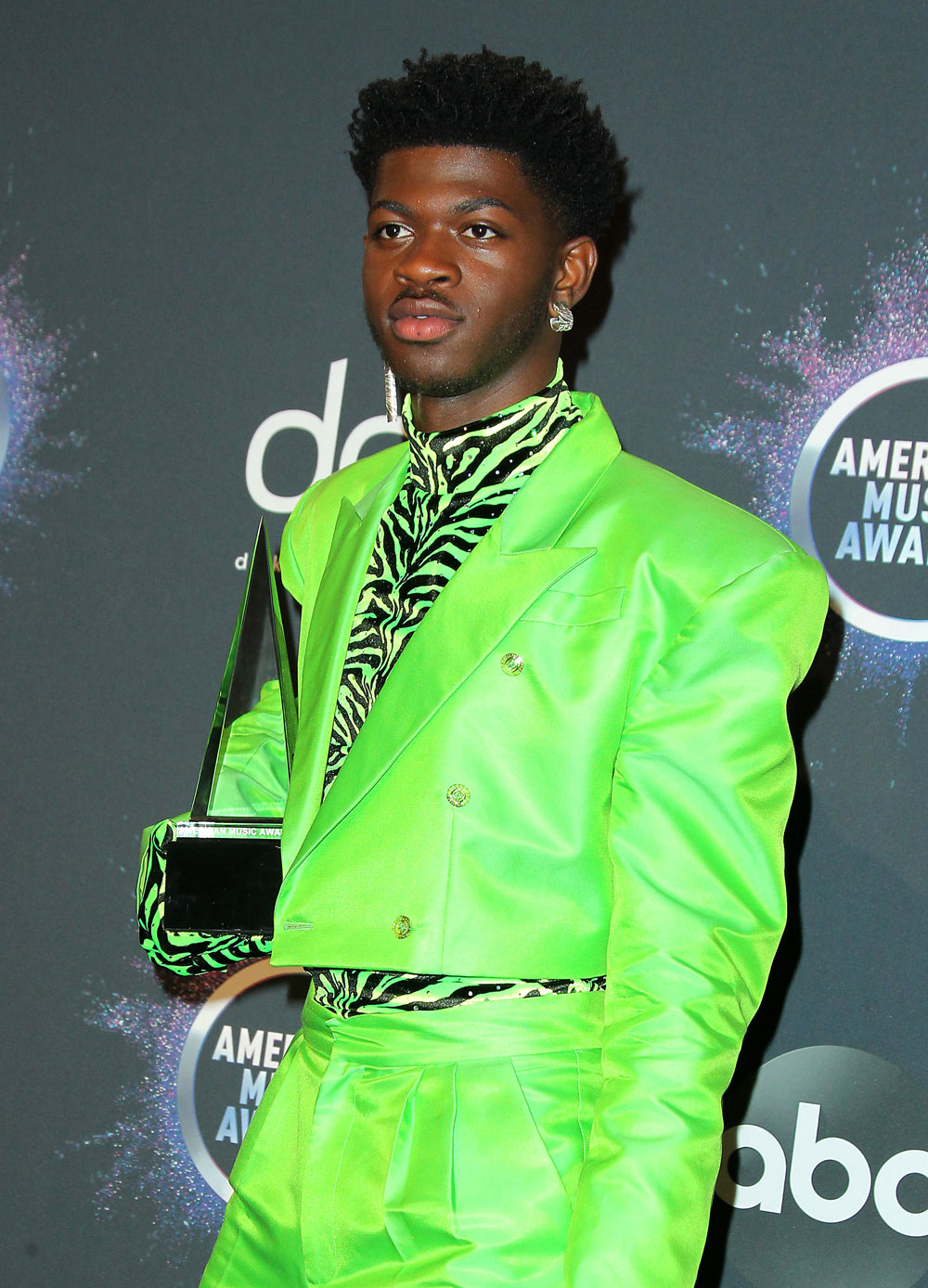 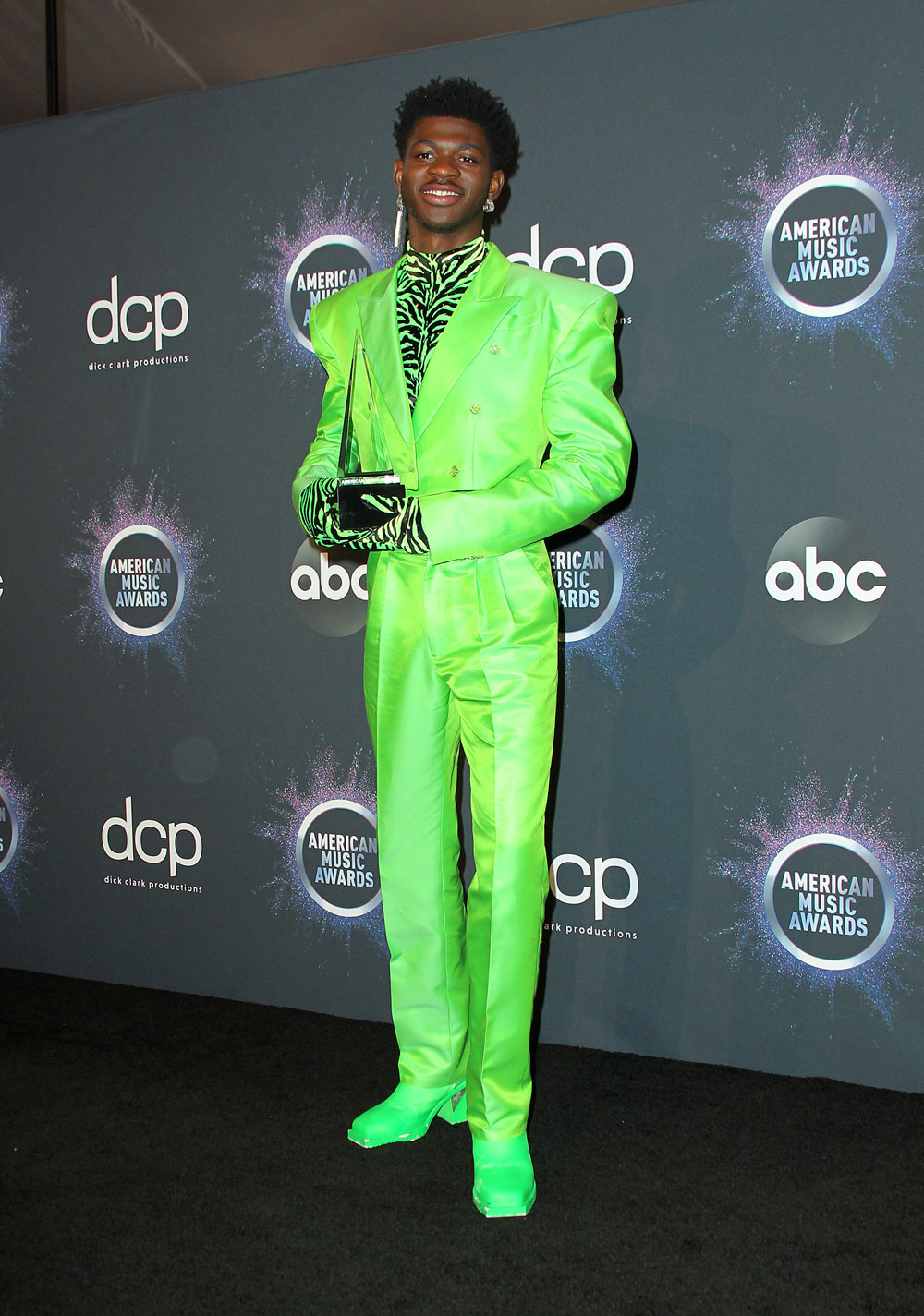 Billy Porter was in an amazing Thom Browne look that was vaguely papal. They had him introduce Camila Cabello for some reason. I was like “really, does Camila deserve having an almost EGOT introducing her? No.” That cool coral/mod looking hat is by Stephen Jones. His shoes! 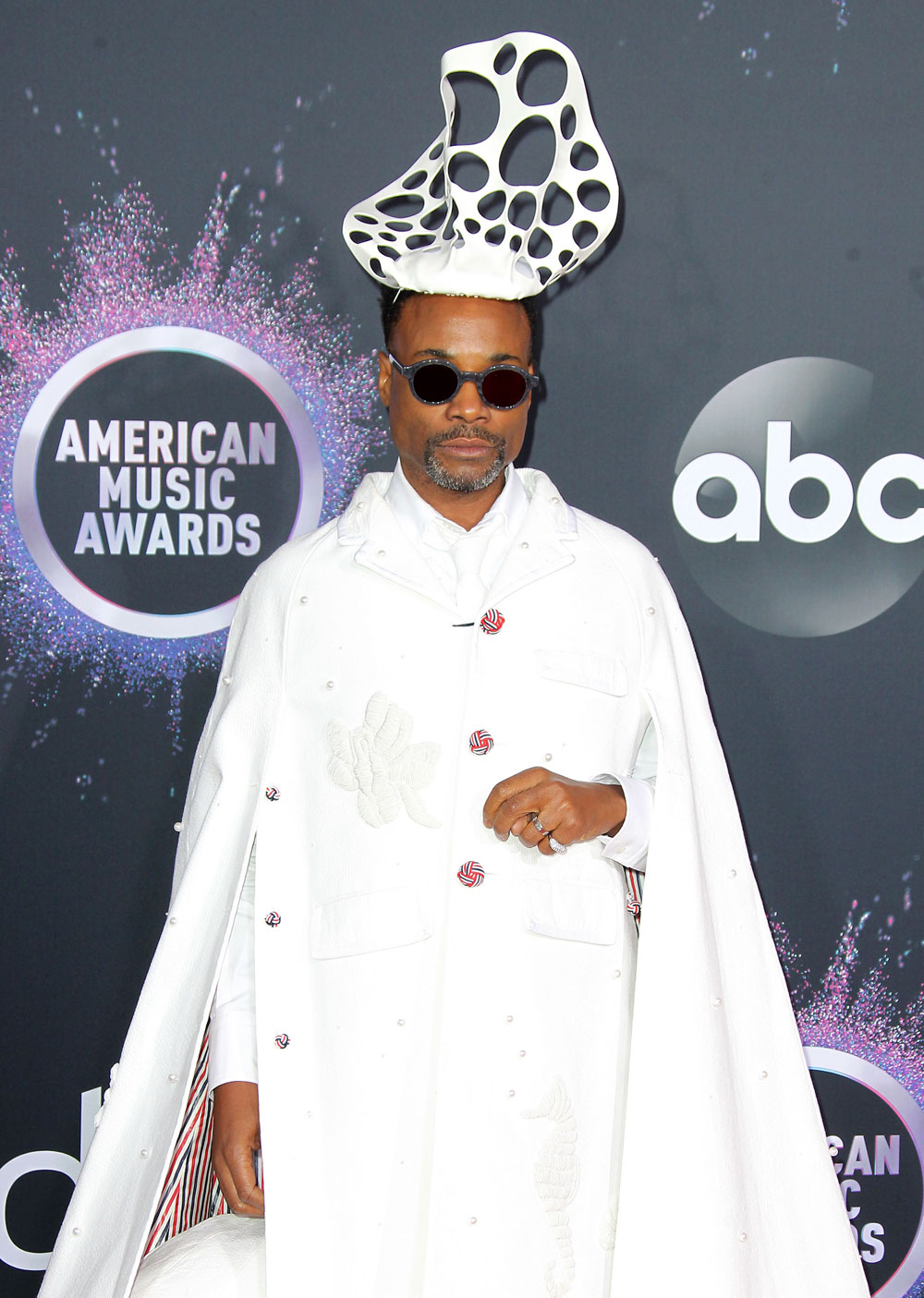 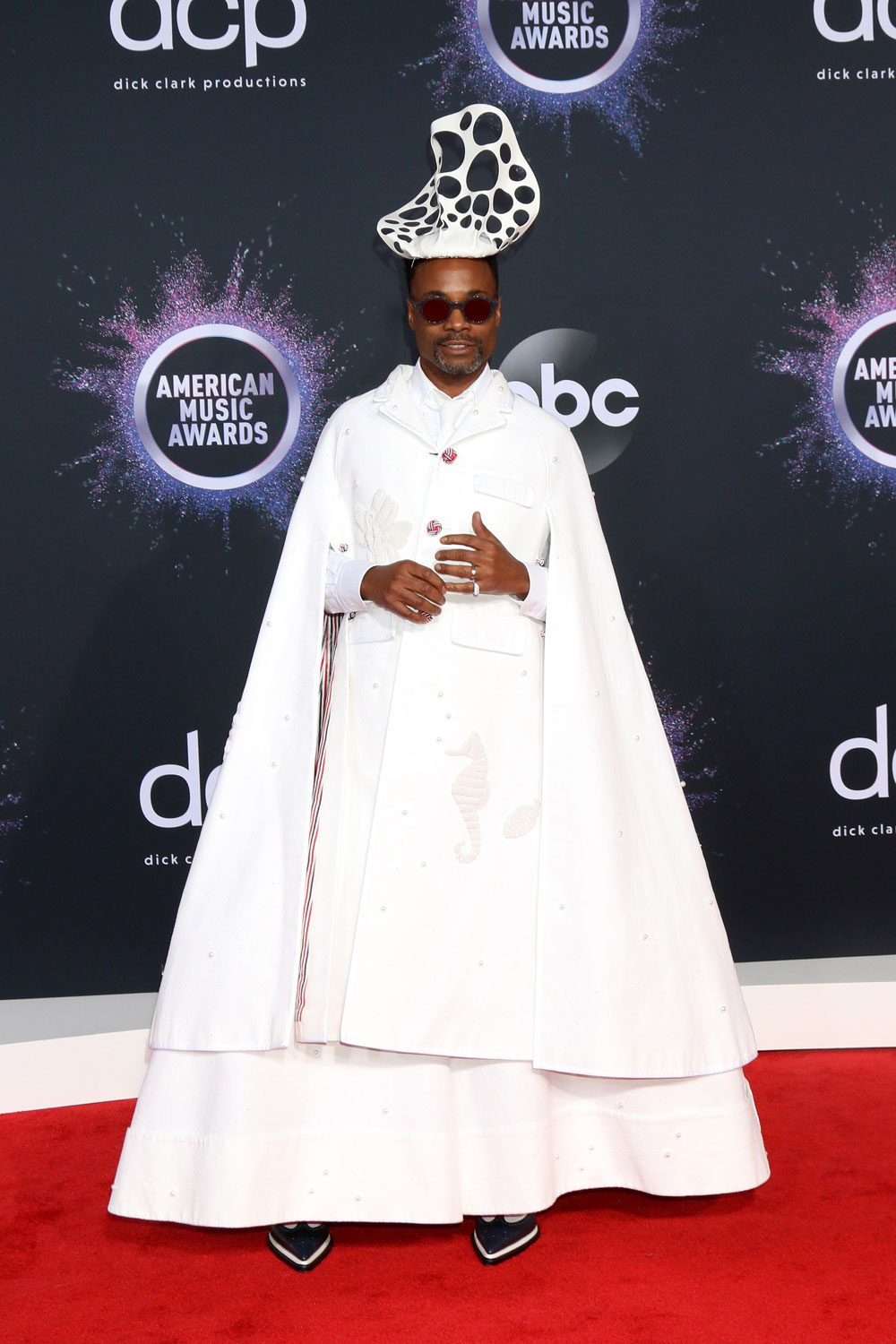 Regina King had on Ashi Studio. I love her but this was not my favorite look from her and she often hits it out of the park. 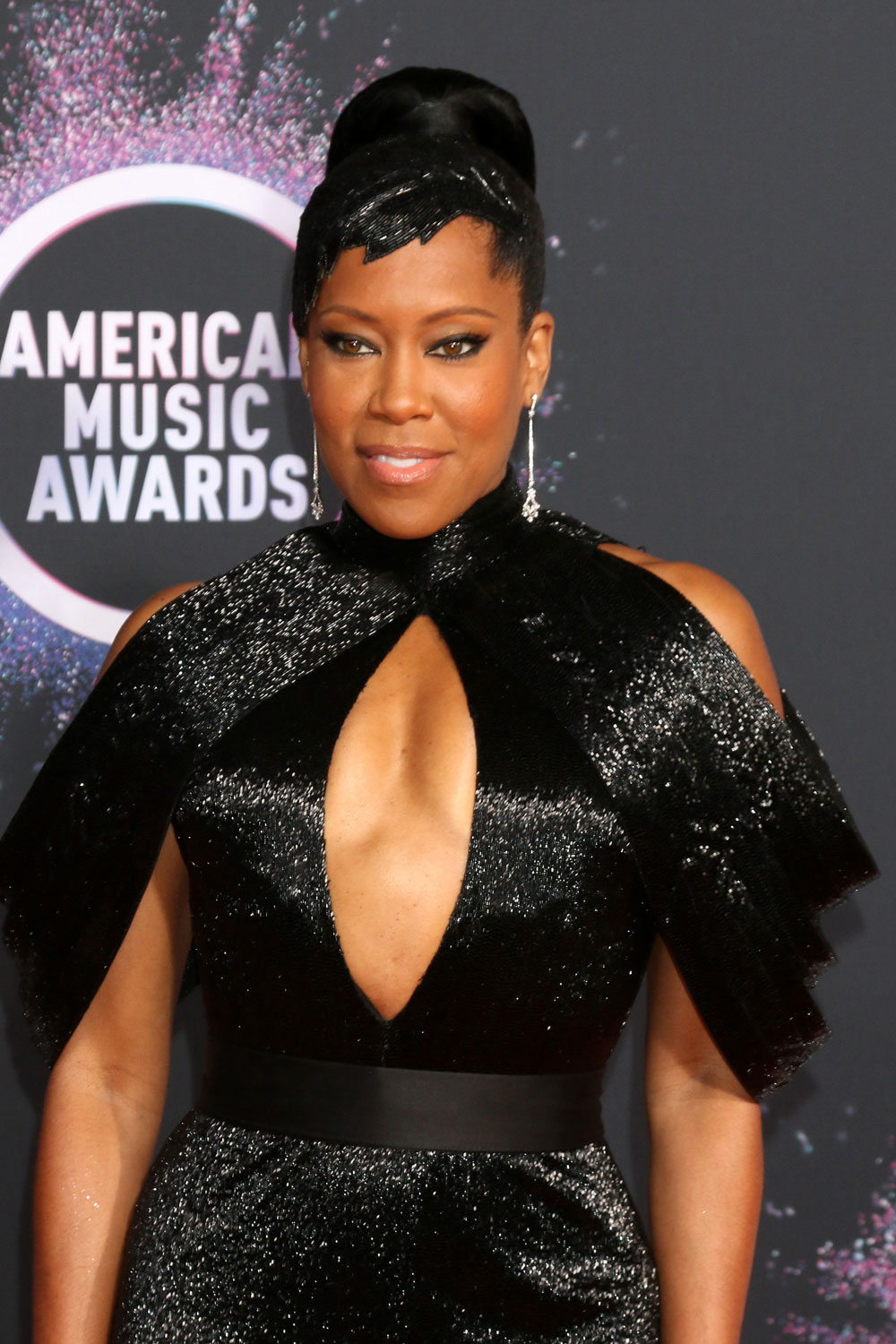 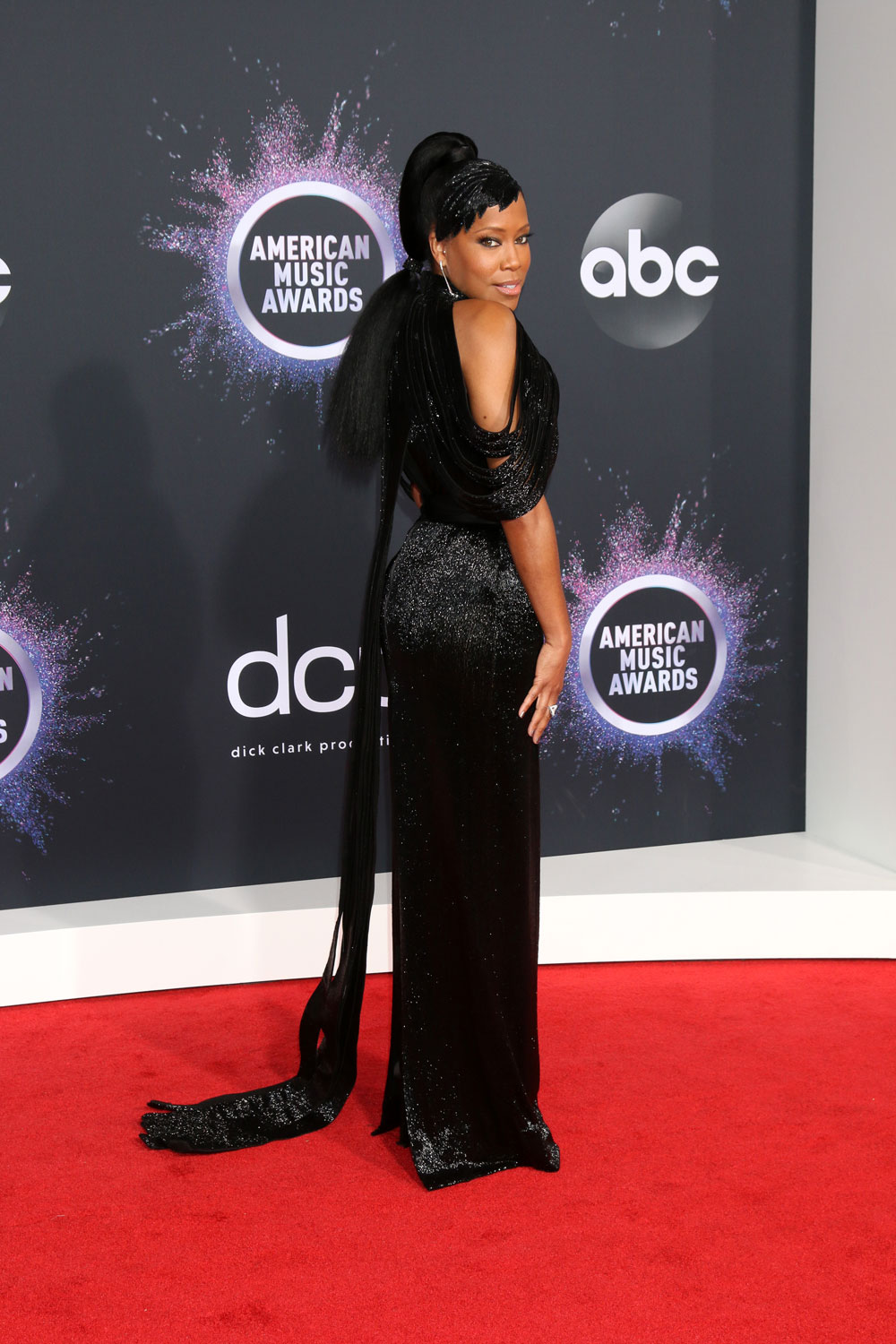 Jameela Jamil was in a strapless zebra print Pamela Roland gown with a pointed bodice. I appreciate that she mixed it up but the way the print extends down the hips is bizarre.

44 Responses to “Selena Gomez in Versace at the AMAs: such a great red carpet look?”