Taylor Swift kept it ‘classy,’ didn’t call out Scooter Braun by name at the AMAs 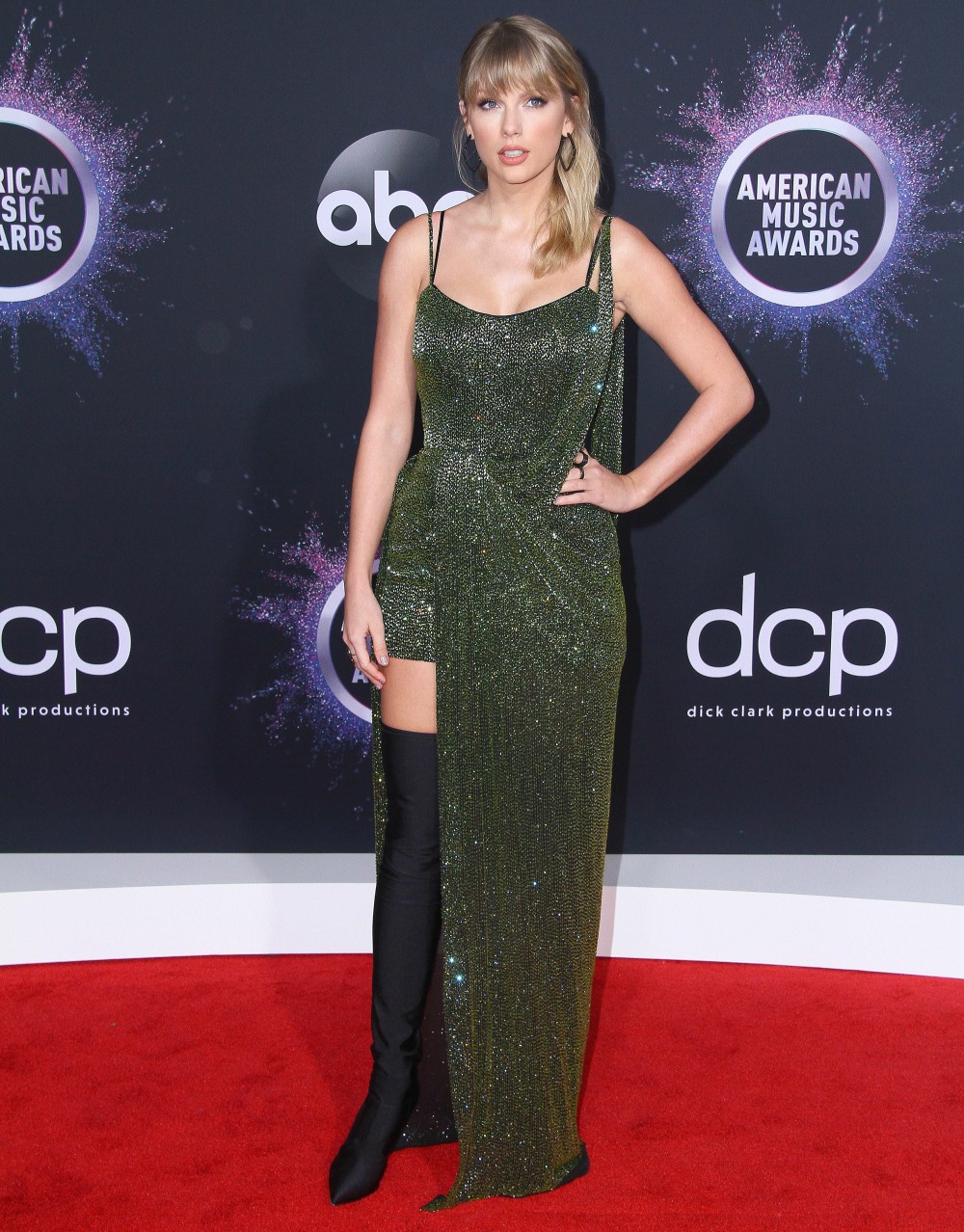 Taylor Swift walked into the American Music Awards last night knowing that she was the center of attention, knowing that people were tuning in just to see what she would say or do about Scooter Braun and Scott Borchetta, and whether she would perform her old songs. After all of the orchestrated drama and after inciting her fans to doxx, harass and threaten people, Taylor “played it safe.” I guess? My snake meter seems to be off, because I didn’t really think she did or said anything notably shady in her performance or in any of the many speeches she made when she picked up trophies for Artist of the Decade, Artist of the Year and Favorite Pop Rock Album. Her red carpet outfit was by Julien Macdonald – I felt like she was actually trying to look “snakey” is that just me?

As for the performance of a medley of her hits… there were a lot of songs from 1989, and the bulk of the medley was devoted to Big Machine-era music, which is the bulk of her catalogue, so that makes sense. It’s still not clear if she was really being “blocked” at any time from performing those songs live, but whatever. The last song she performed was “Lover” from her latest album. It was a pretty typical Taylor Swift performance through and through. I guess the “classy shade” part was the beginning, when she and some dancers wore smocks with all of her old album titles written on the smocks, all as Taylor sang “The Man,” and then she quickly “shed” the past.

Here are her speeches throughout the night… I know Carole King has always praised Taylor as a songwriter and all that, but… whew, it was A LOT. 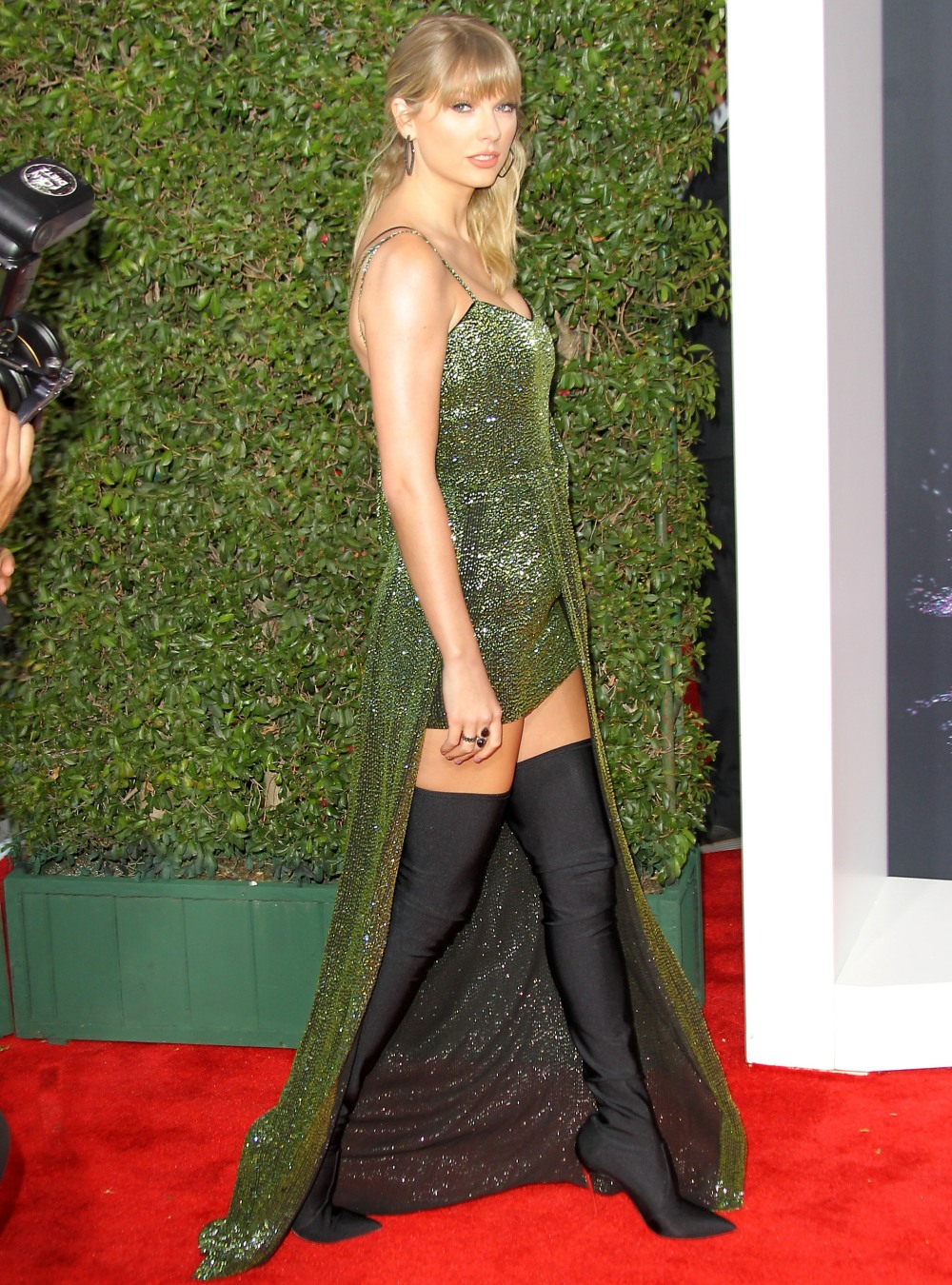 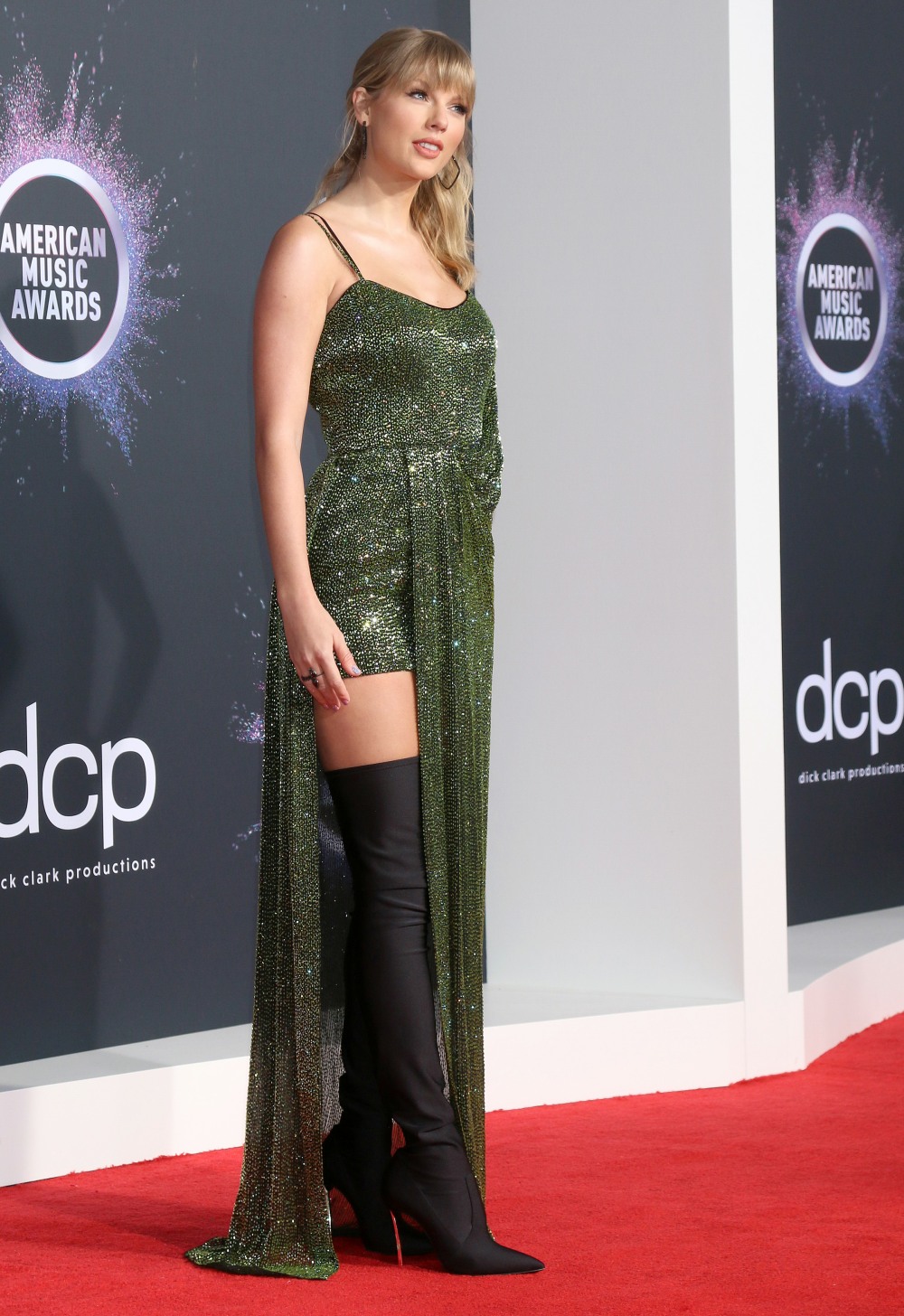 44 Responses to “Taylor Swift kept it ‘classy,’ didn’t call out Scooter Braun by name at the AMAs”