Halsey wore Marc Jacobs floral & no eyebrows at the AMAs: cute or no? 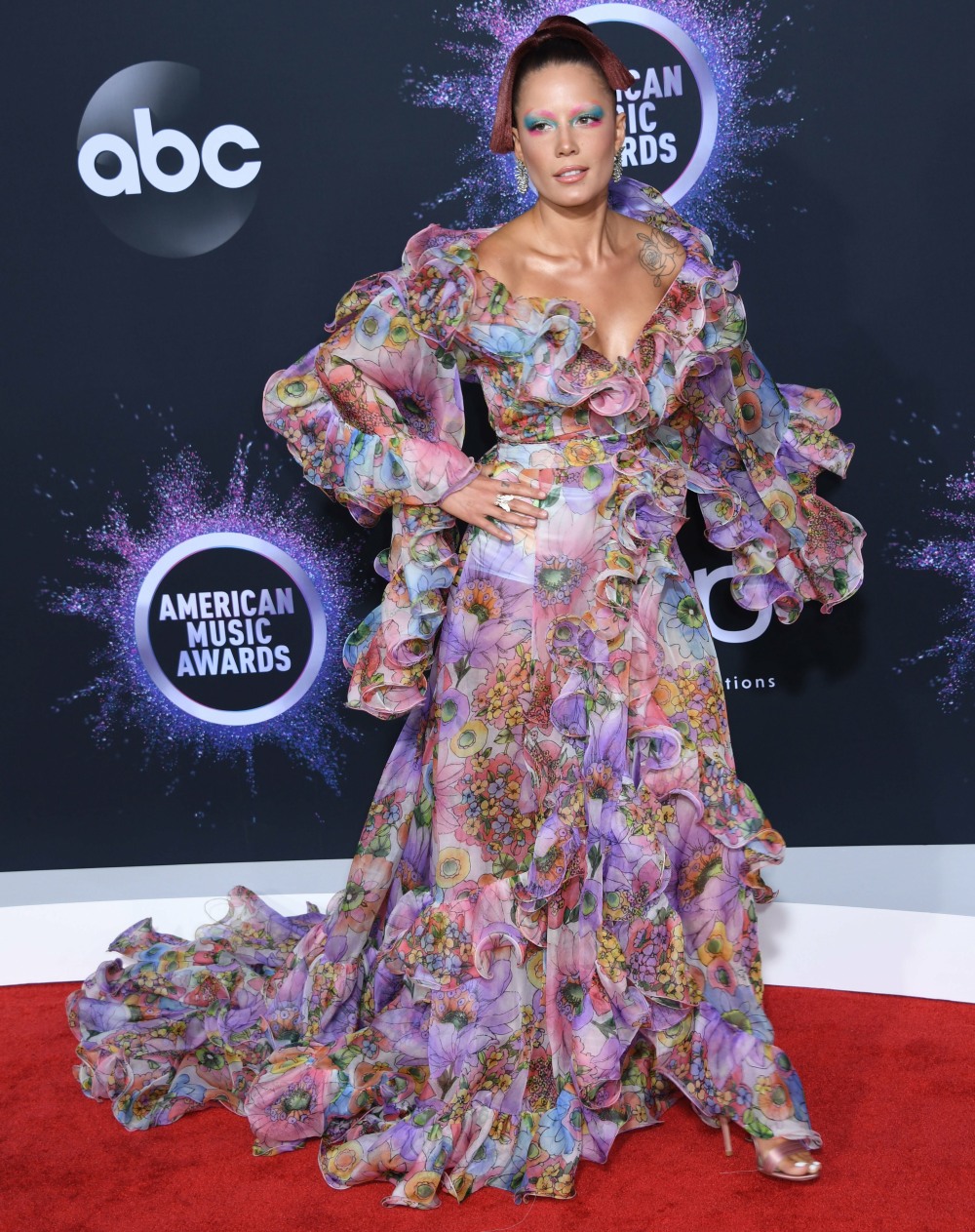 Halsey had a lot to do at last night’s American Music Awards. She had a lot of costume changes, a lot of weird energy, and she tried to make a Fiona Apple-esque “this world is bulls–t” speech but she kind of chickened out and didn’t go Full Apple. For the red carpet, Halsey wore Marc Jacobs and did she truly shave her eyebrows off or is this some kind of makeup trick? I would have liked the dress more if it had been lined, and I would have liked the styling more if Halsey’s eyebrows had been there. Halsey did a performance of her song with some kind of mirror-dancer-paint vibe, then she performed with Taylor Swift during Tay’s medley. I have lived long enough to see it! Halsey got her start in music by making fun of Tay!! Anyway… Halsey seems to be doing better, in general. 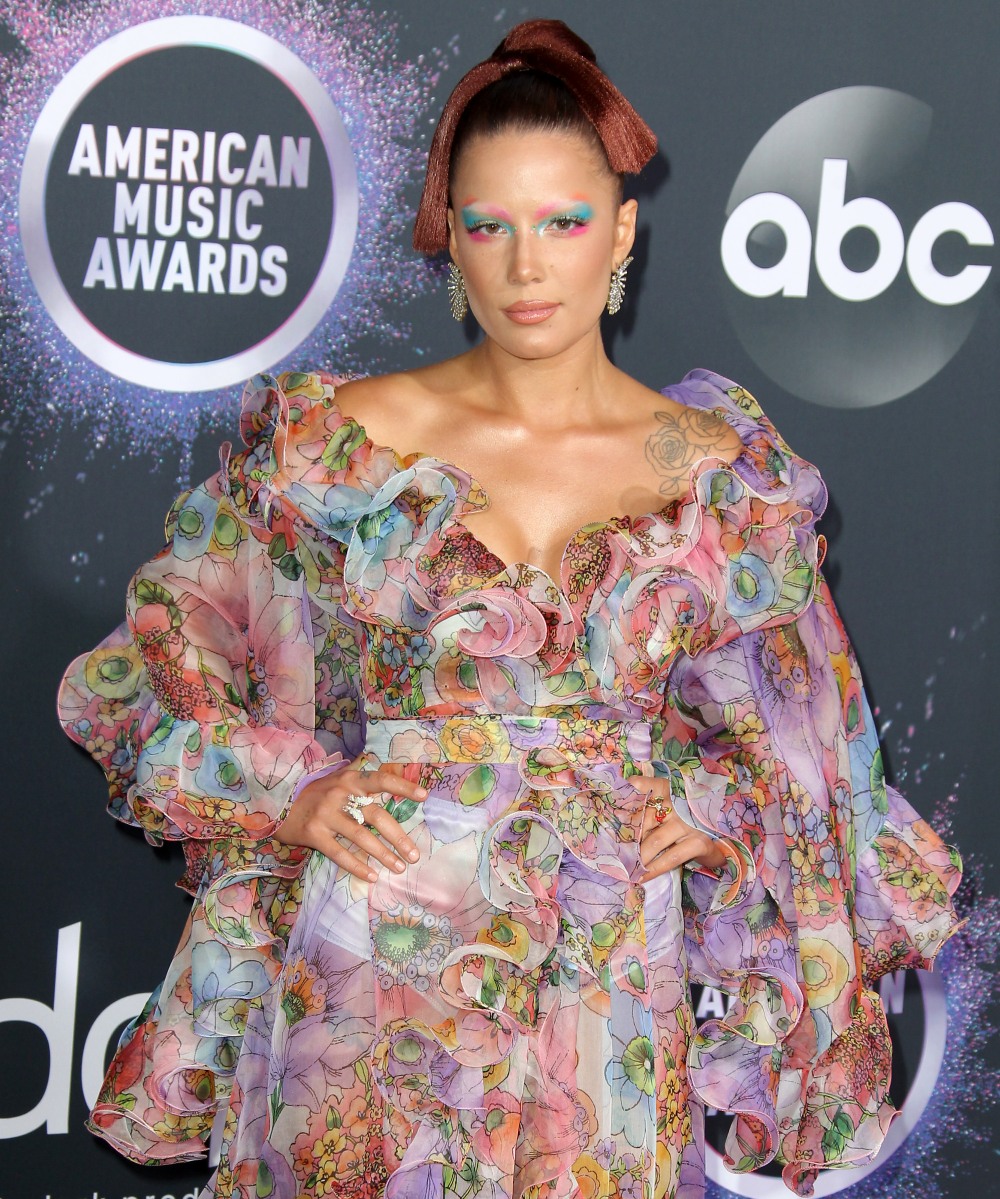 Billie Eilish wore Burberry. I like her commitment to wearing baggy AF sack clothing. I absolutely hate her hair these days, but she’s said previously that this current hairstyle was a mistake. Her performance was a bit… weak. 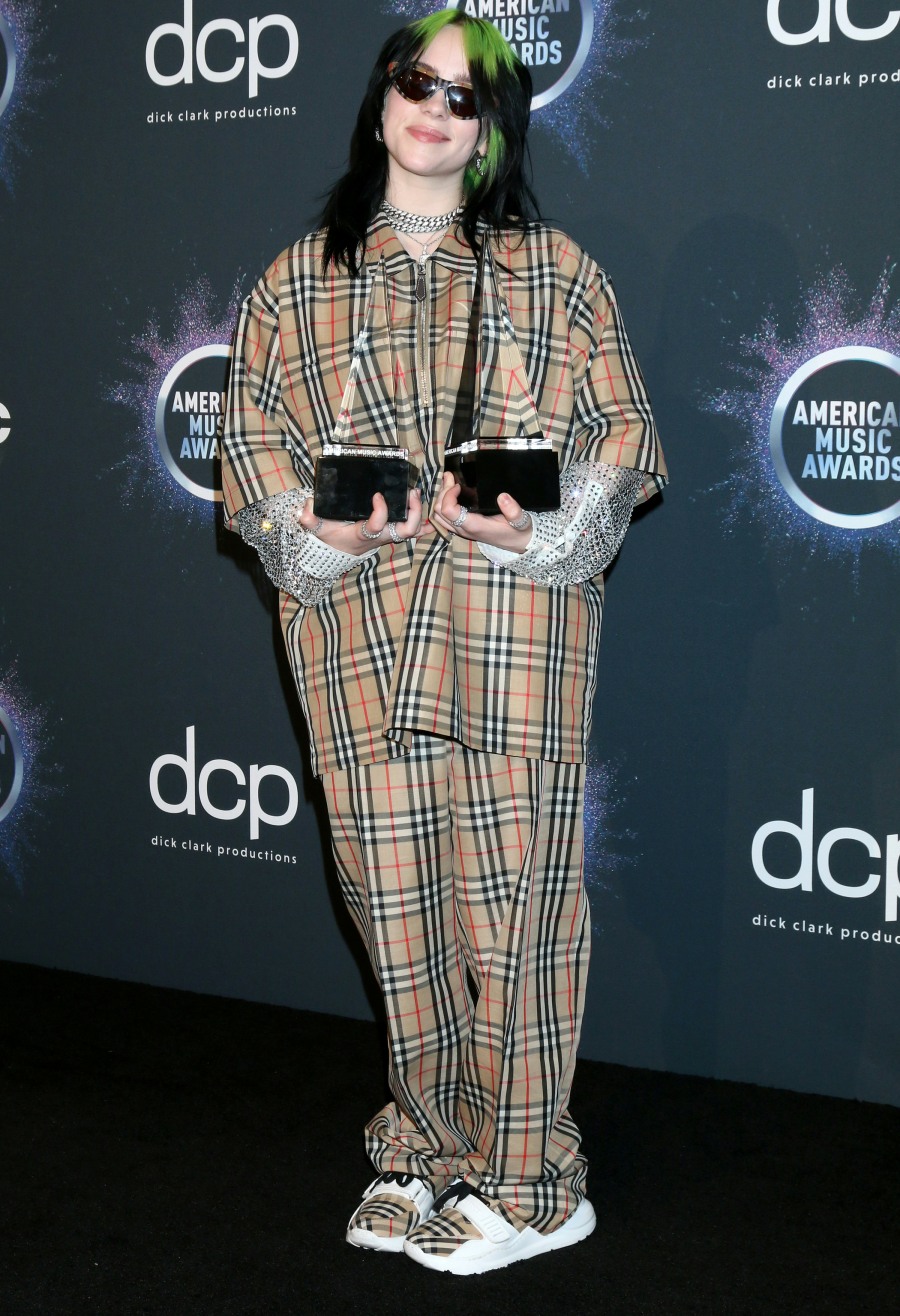 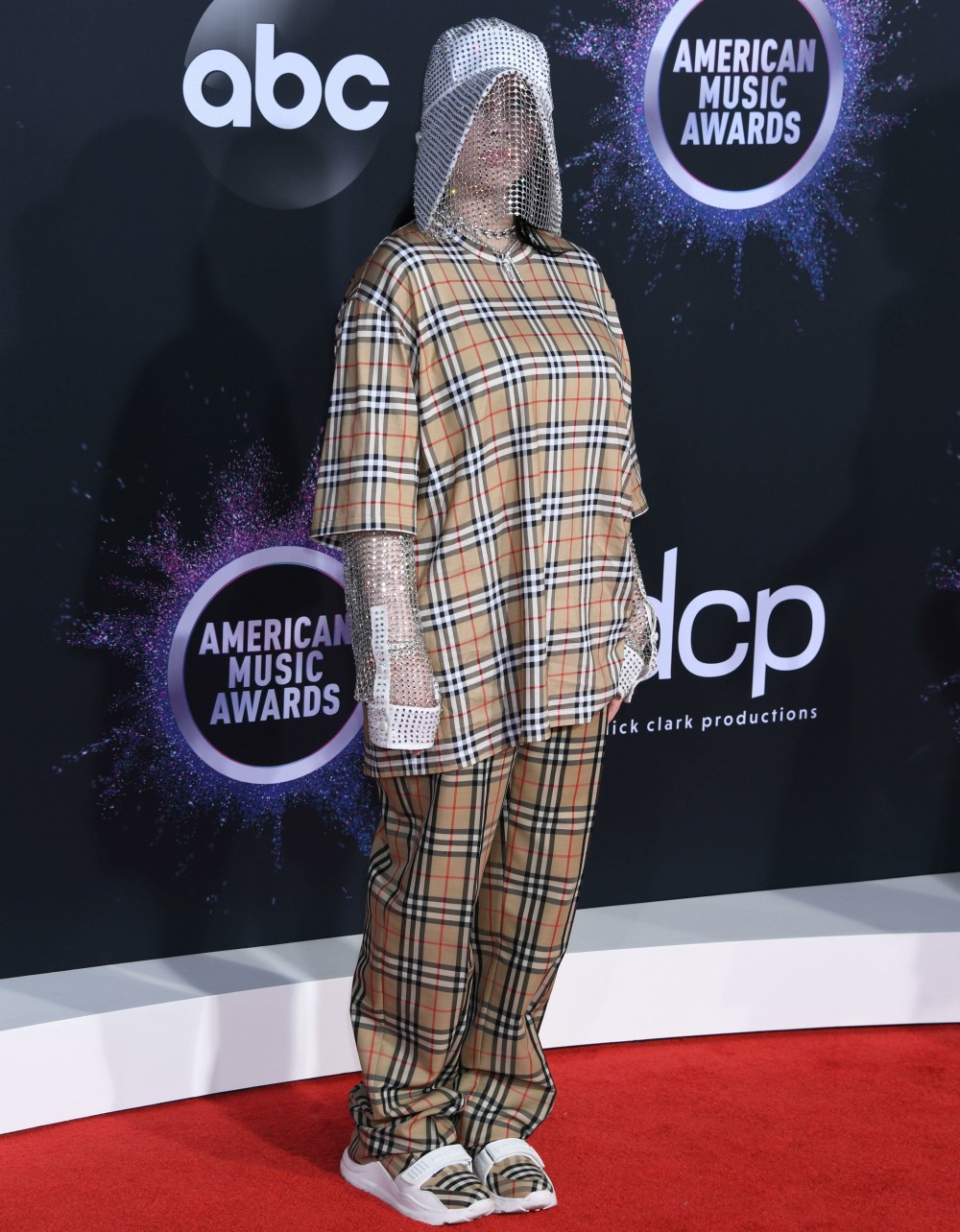 Kesha wore Versace and you don’t know how happy I was to see her perform and look healthy and well. After all of the sh-t she’s been through in recent years, Kesha deserves the world. 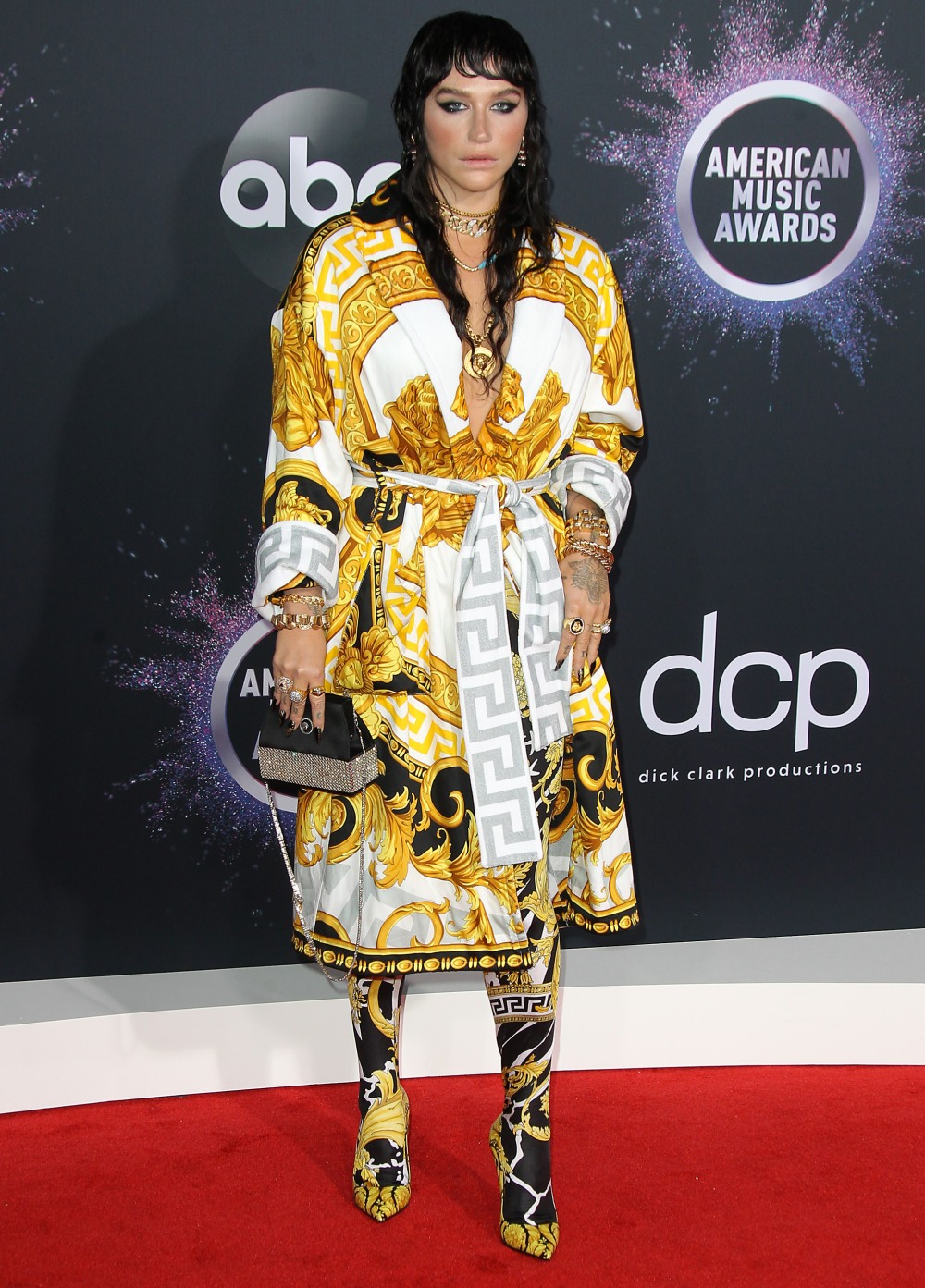 Tyra Banks in Don Morphy. Reader, I laughed. WTF is going on with Tyra?!?! 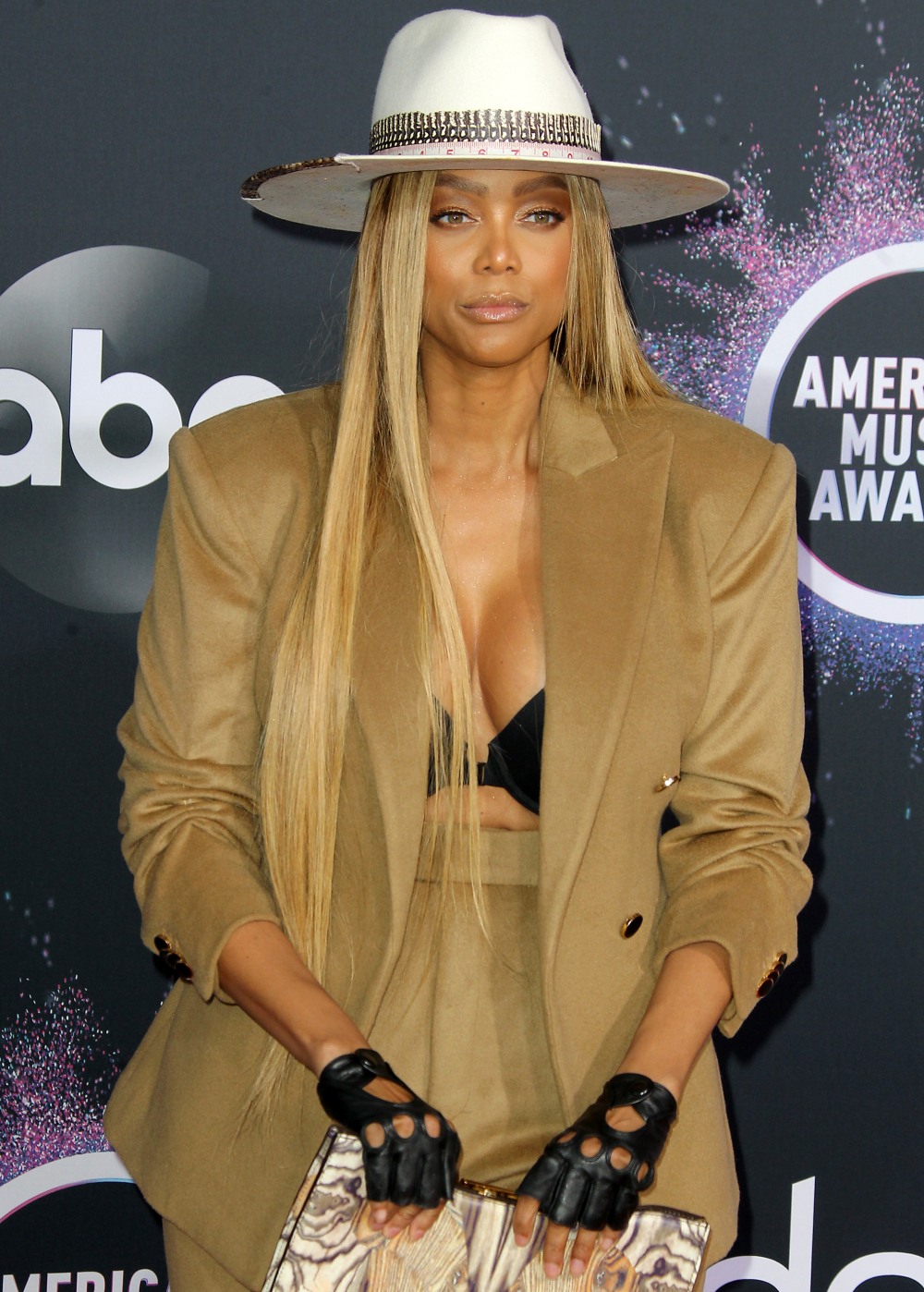 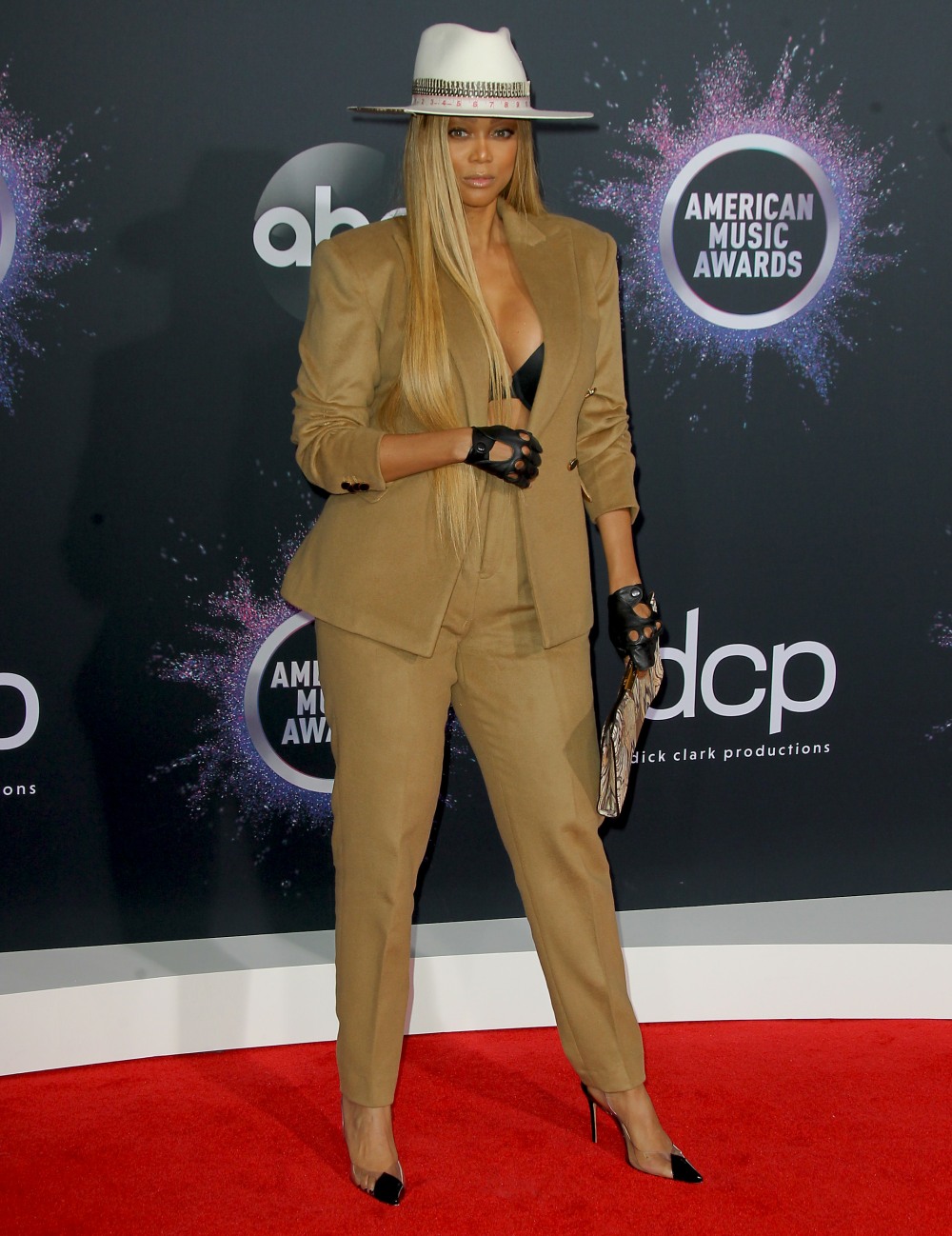 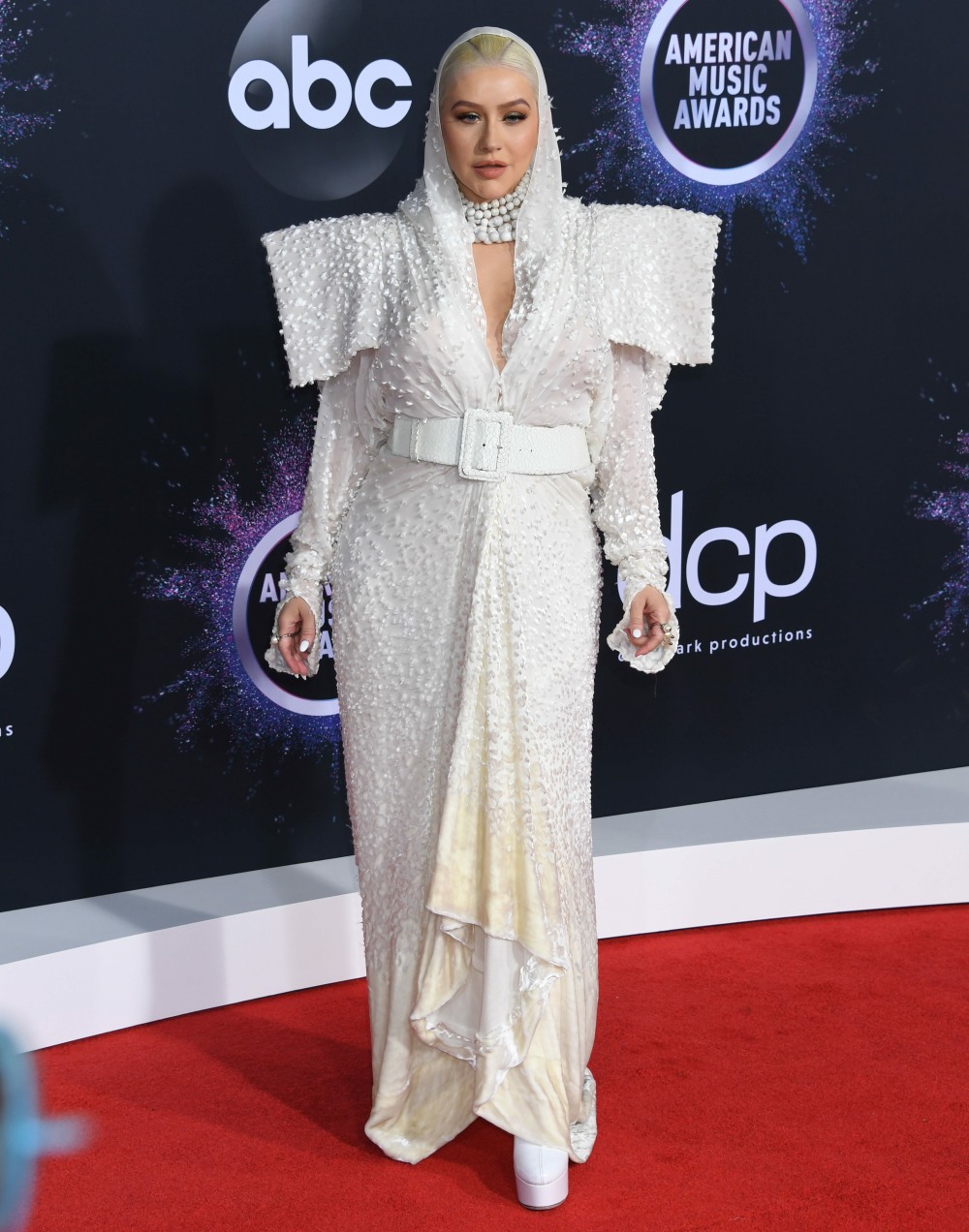 20 Responses to “Halsey wore Marc Jacobs floral & no eyebrows at the AMAs: cute or no?”