Carrie Underwood in Stello at the AMAs: bizarre but at least she switched it up? 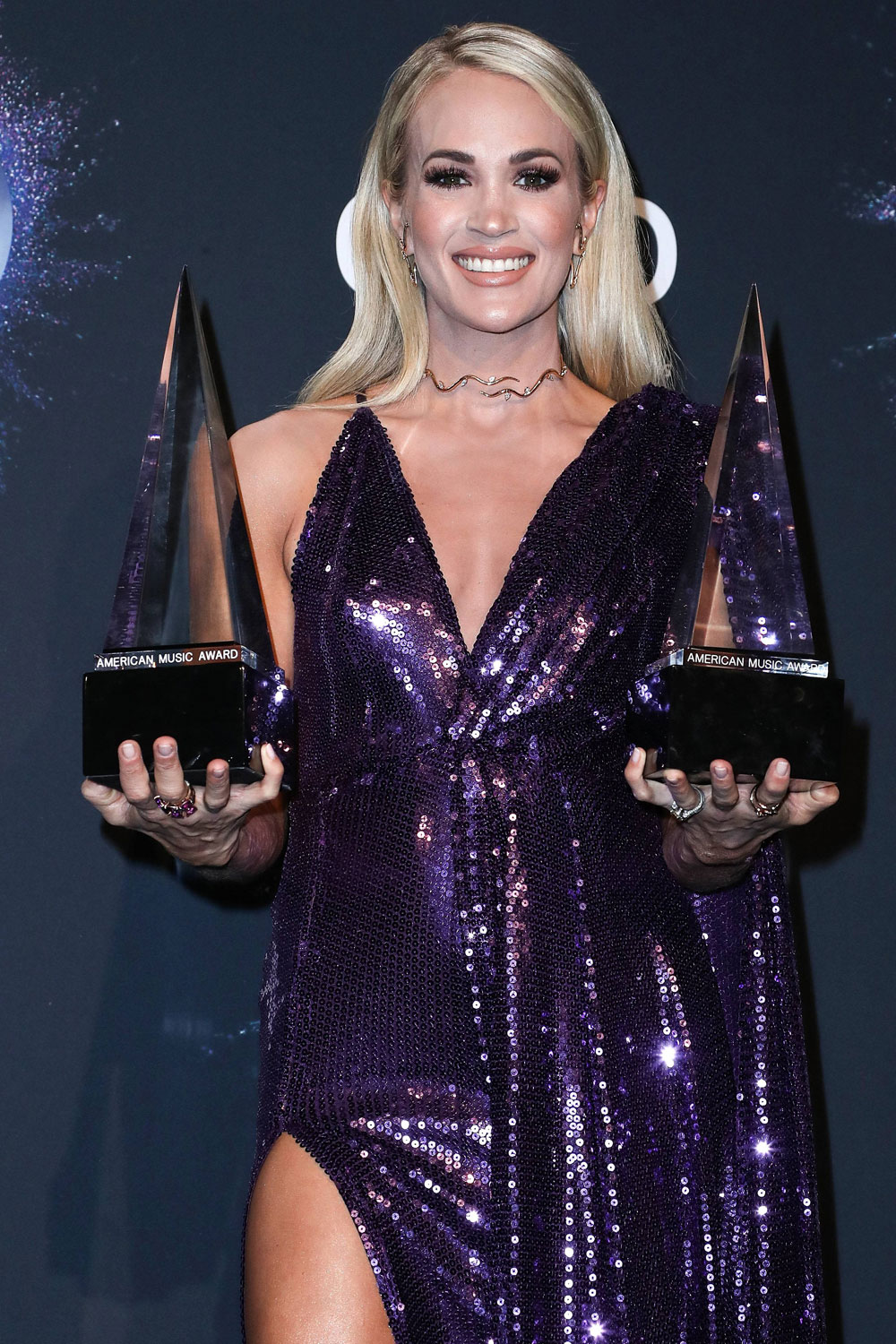 Carrie Underwood won favorite album – country for Cry Pretty. I know she bugs some people, but I appreciate that she stays in her lane, that she’s a consummate professional, that she puts on consistently great performances and that she’s somewhat uncontroversial. Taylor Swift has made so many other artists look super mature in comparison. Carrie was in a purple sequin Stello gown that was half high-slit with a spaghetti strap top and half draped gown. It’s weird yet not that interesting, but it’s better than we usually see from her. She didn’t do “pageant” or wear something with a bunch of fringe hanging off of it so points for that. Her eyelashes look ridiculous and she’s wearing gold platform sandals but baby steps. 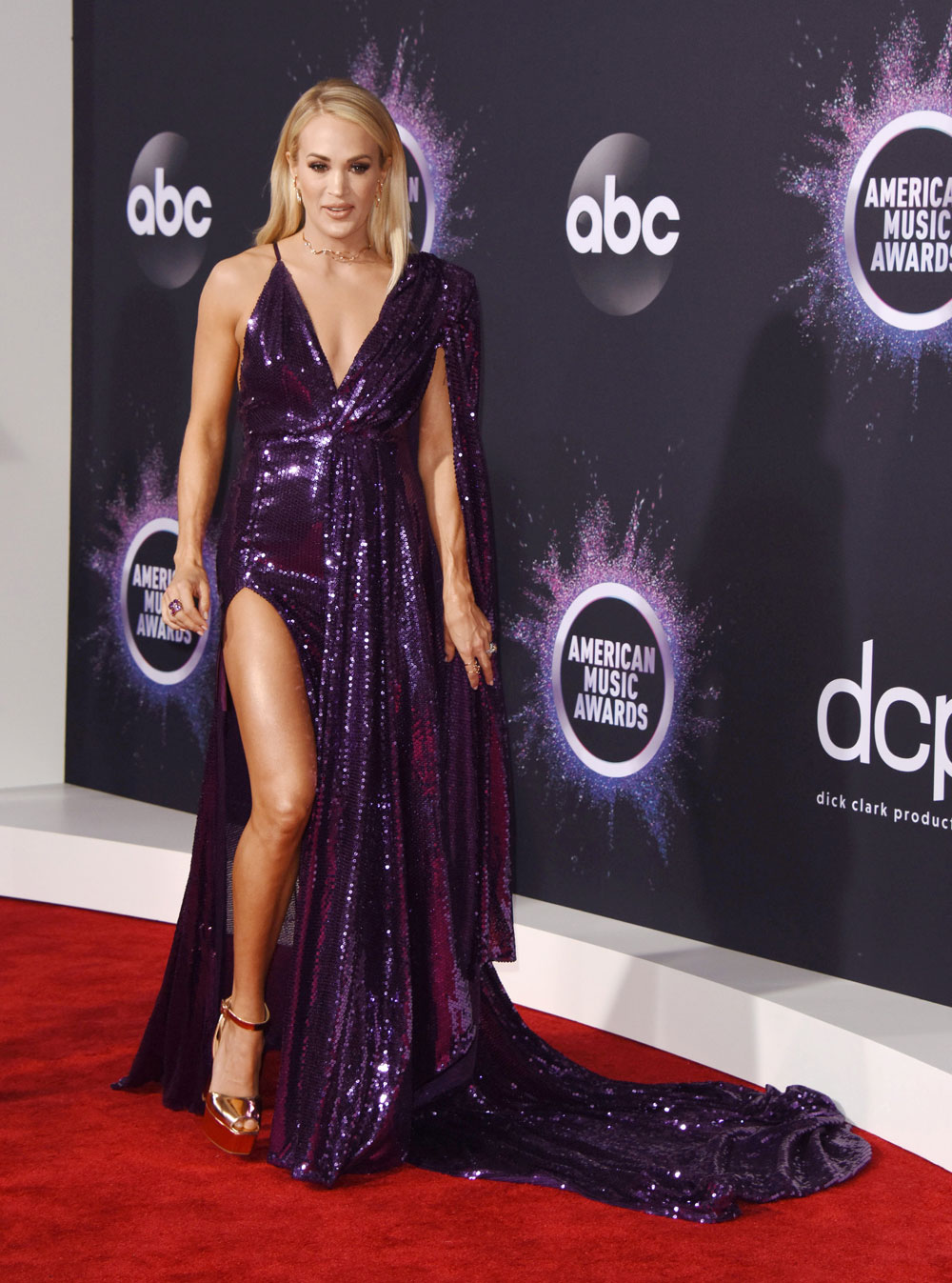 Heidi Klum, on the other hand, keeps reverting to her fashion comfort zone of “terribly fug.” She was in a Monsoon babydoll dress with a silver top that barely contained her boobs and a very short full navy feathered skirt. Girl. At least her new young husband is a musician so she had an excuse to be there. Look at her expression in the second photo. 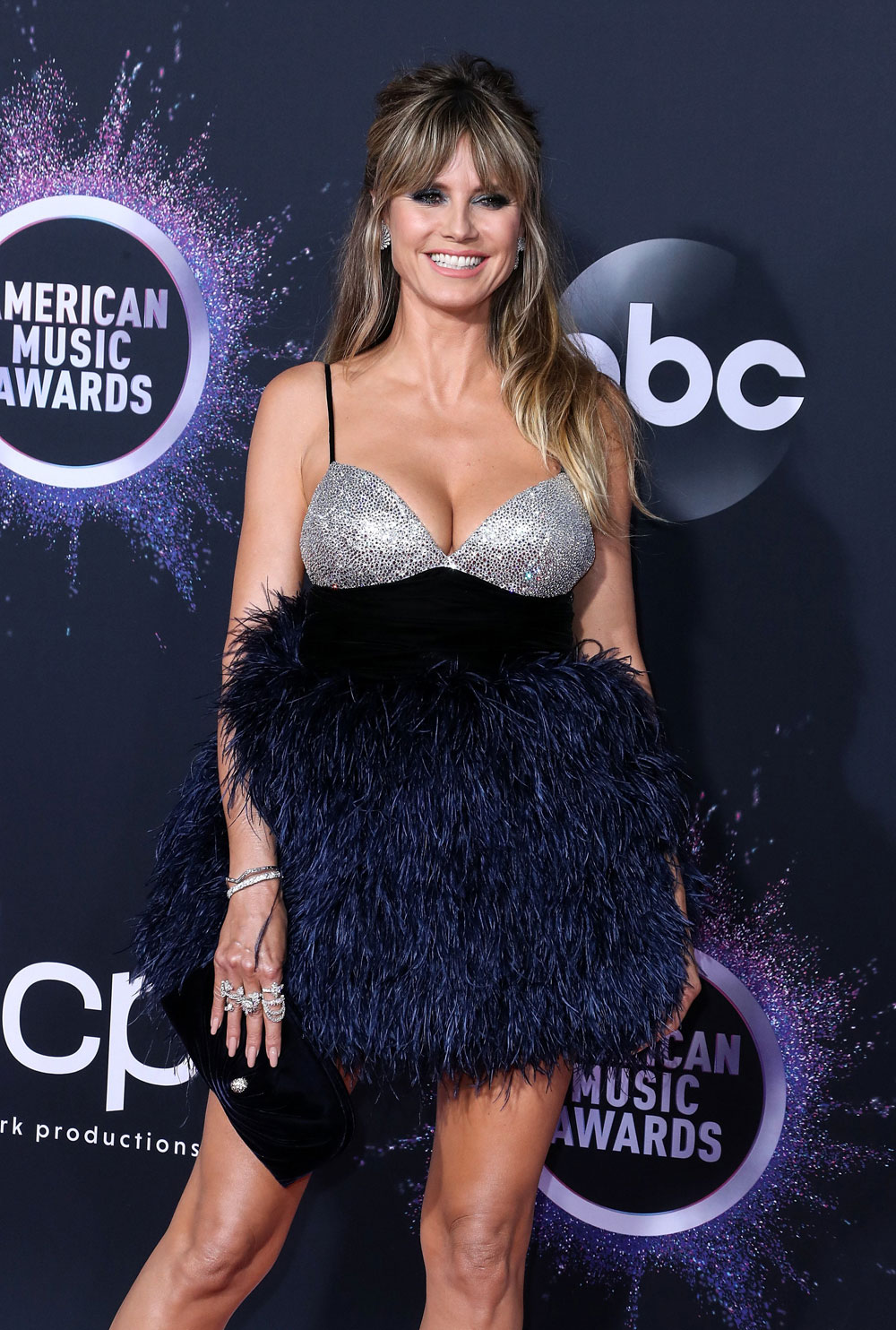 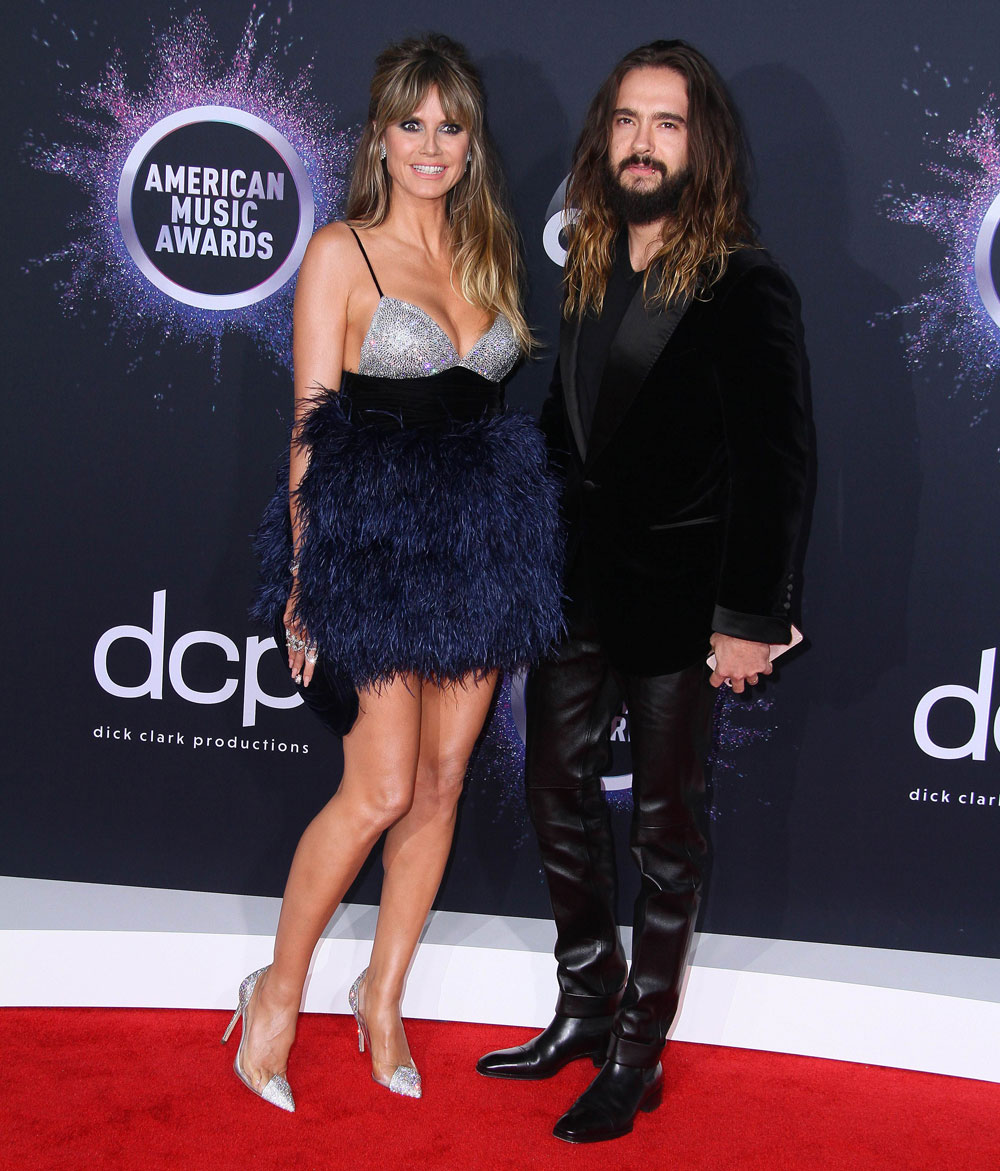 Cobie Smulders and Taran Killam are couples goals. How beautiful does she looks? Her look is by Dundas and it’s perfect. The camera panned to Taran during Kesha’s performance and his jaw was hanging open. 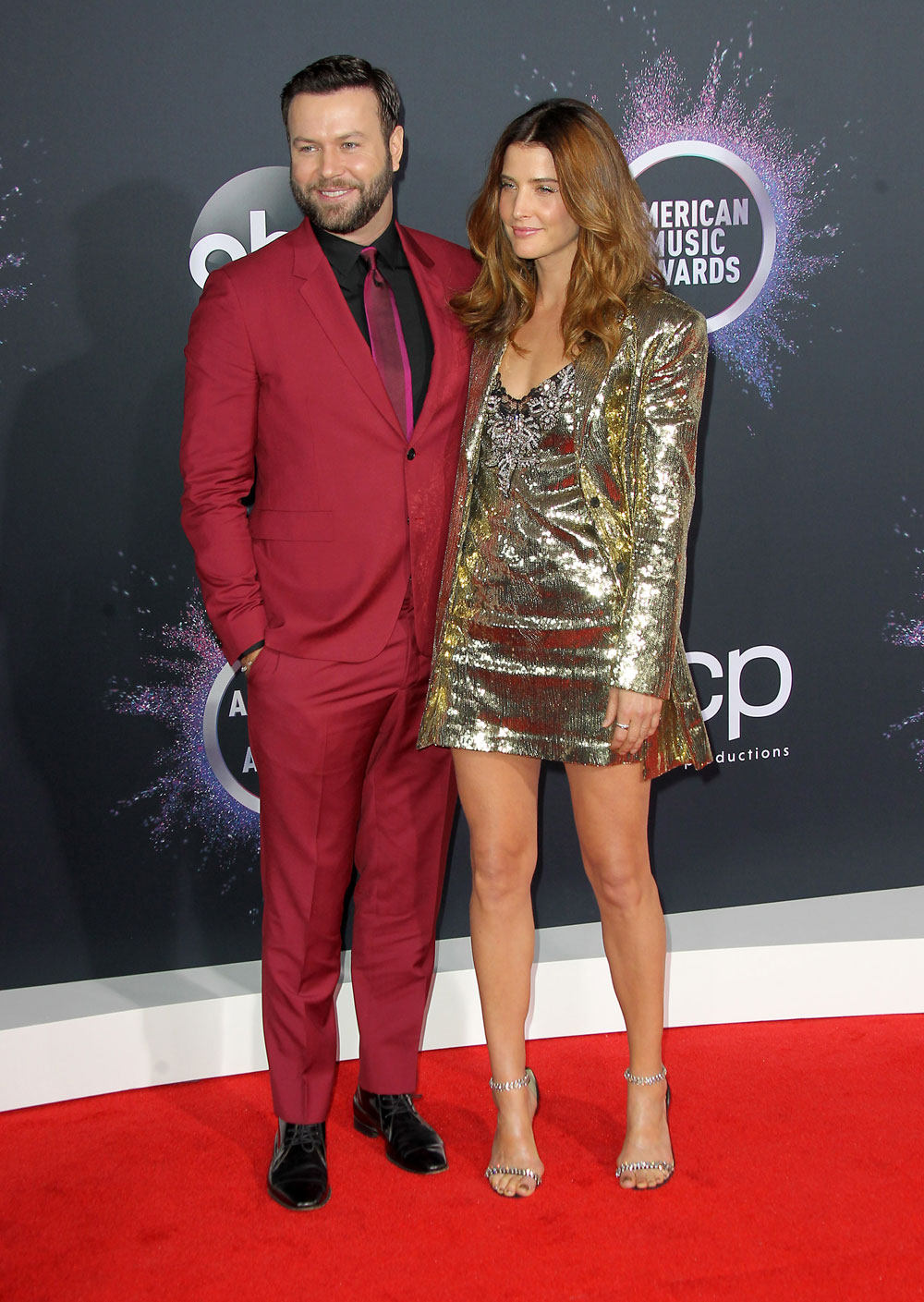 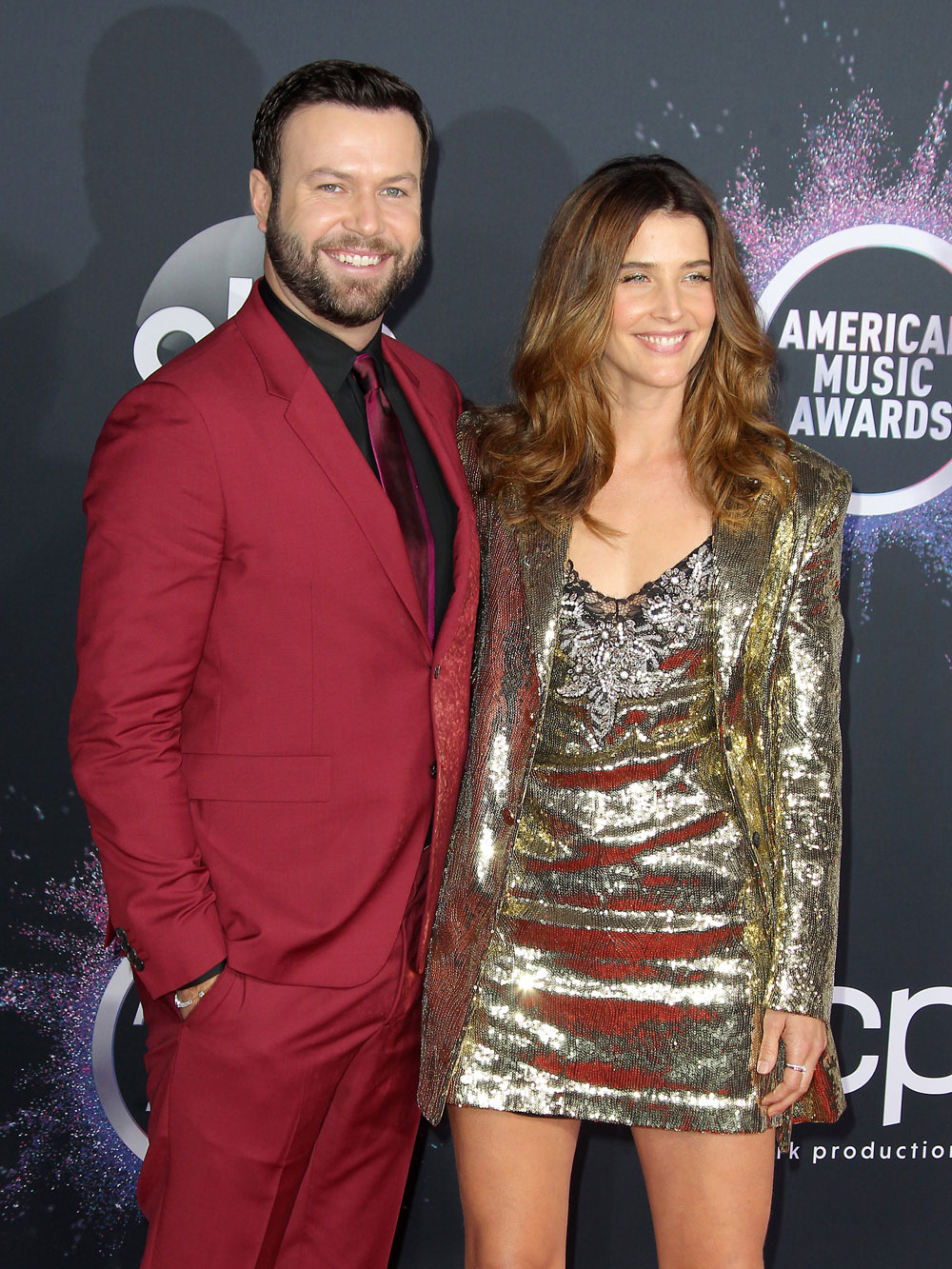 Do you remember Alyson Stoner? She’s the dancer who killed it on stage with Missy Elliot at the VMAs this summer – 17 years after she appeared in the Work It video as a child. She was at the AMAs in some kind of sponcon with T-Mobile and her outfit was so great I wanted to talk about it. A metallic rippled bustier with punchy black and silver sequin trousers and a matching jacket. Yes please. Let’s see more of her. 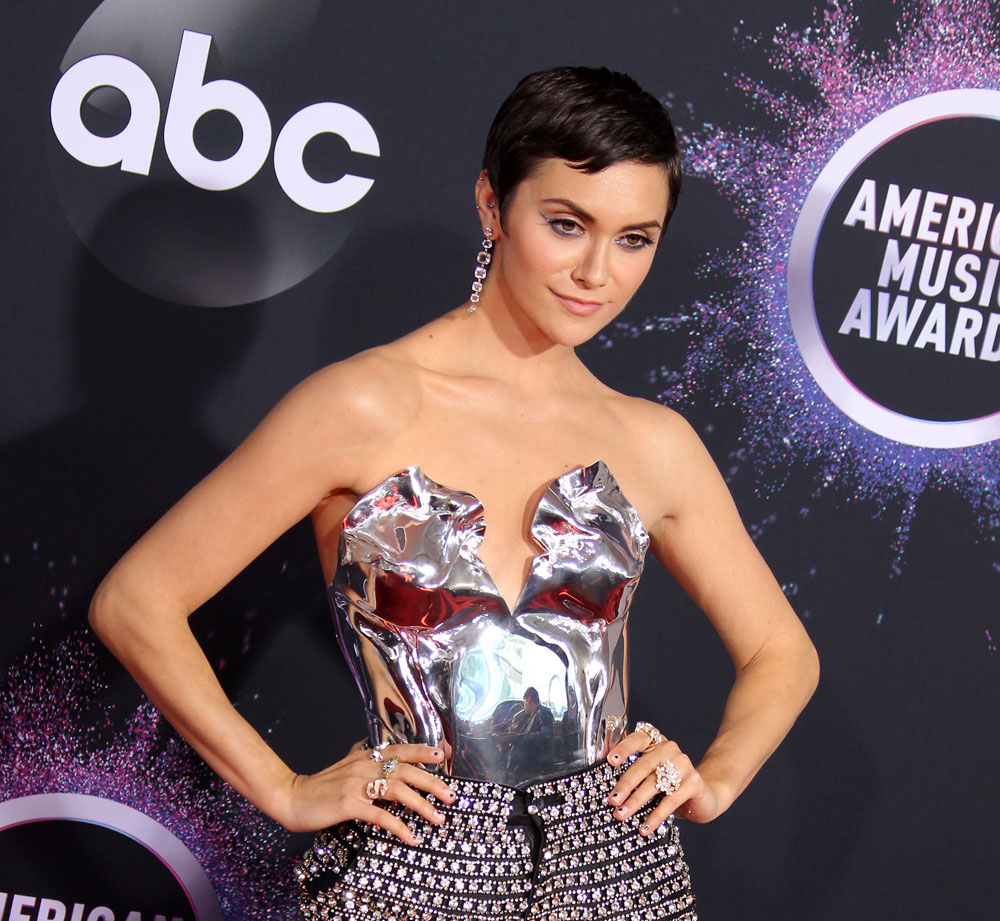 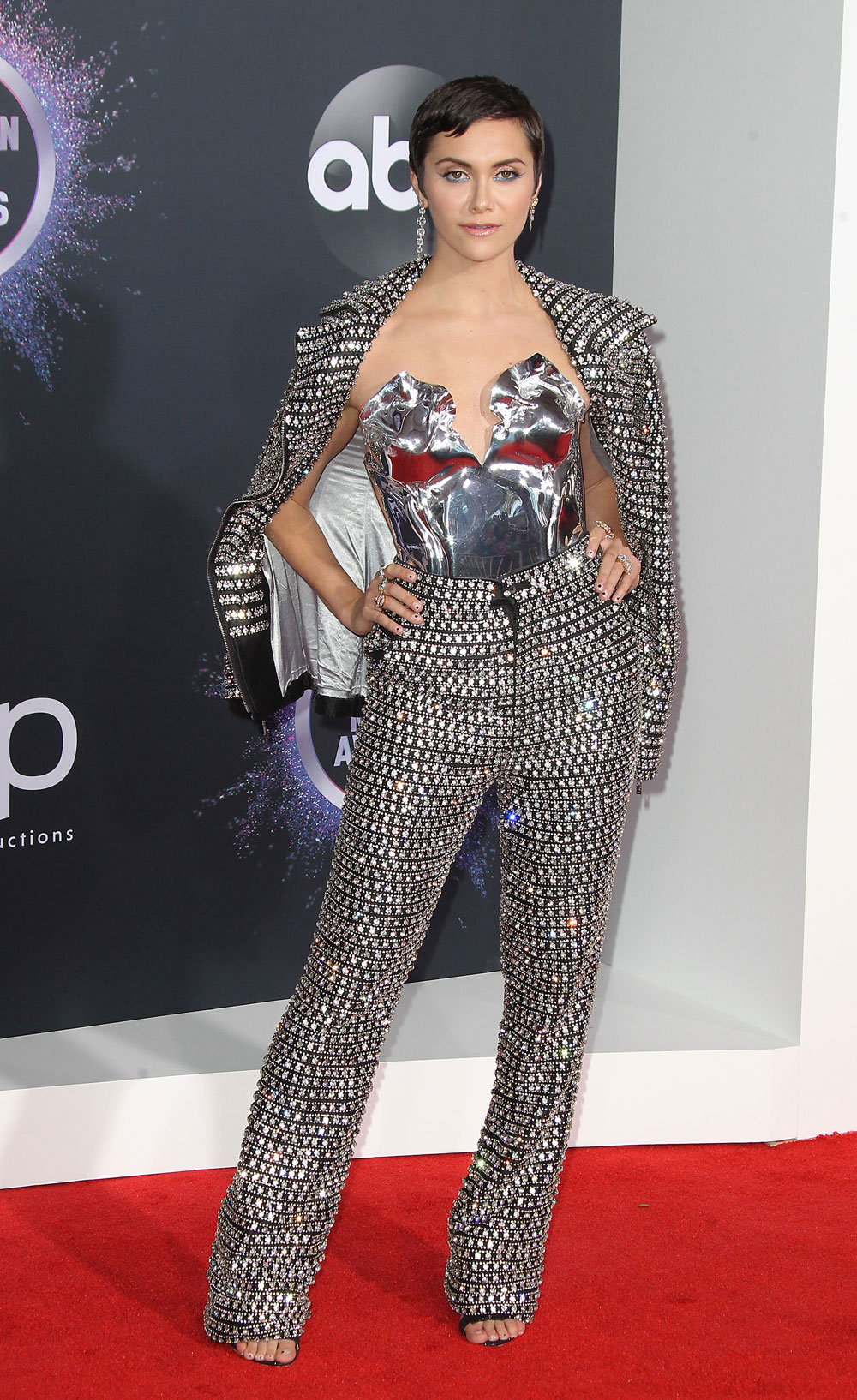 Kelsea Ballerini was in a crimson sequin Gucci suit with an open tuxedo jacket and no shirt. I feel like this look is so over. Just wear a shirt and be comfortable. Or throw on a bra, it’s not that hard. 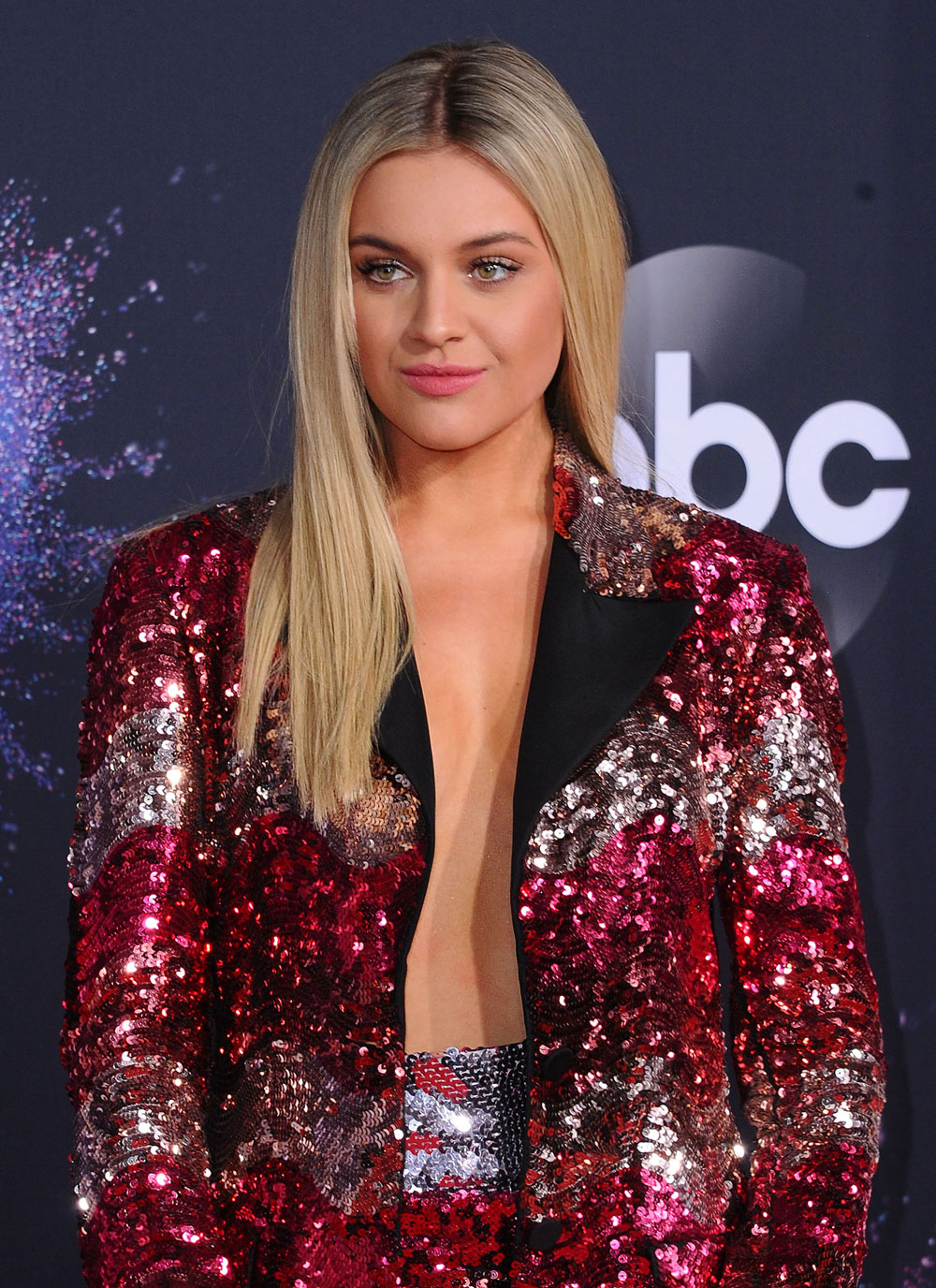 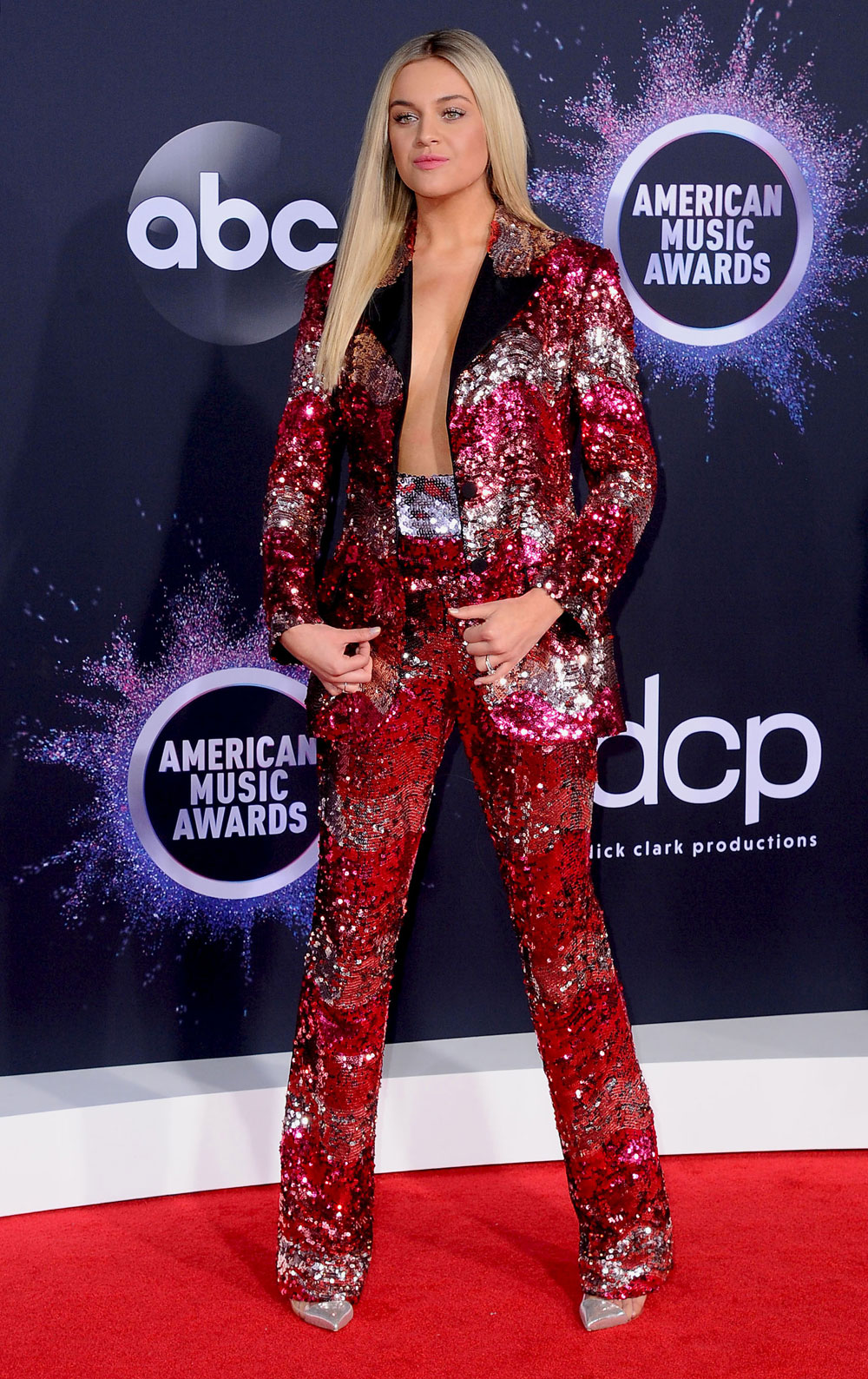 31 Responses to “Carrie Underwood in Stello at the AMAs: bizarre but at least she switched it up?”