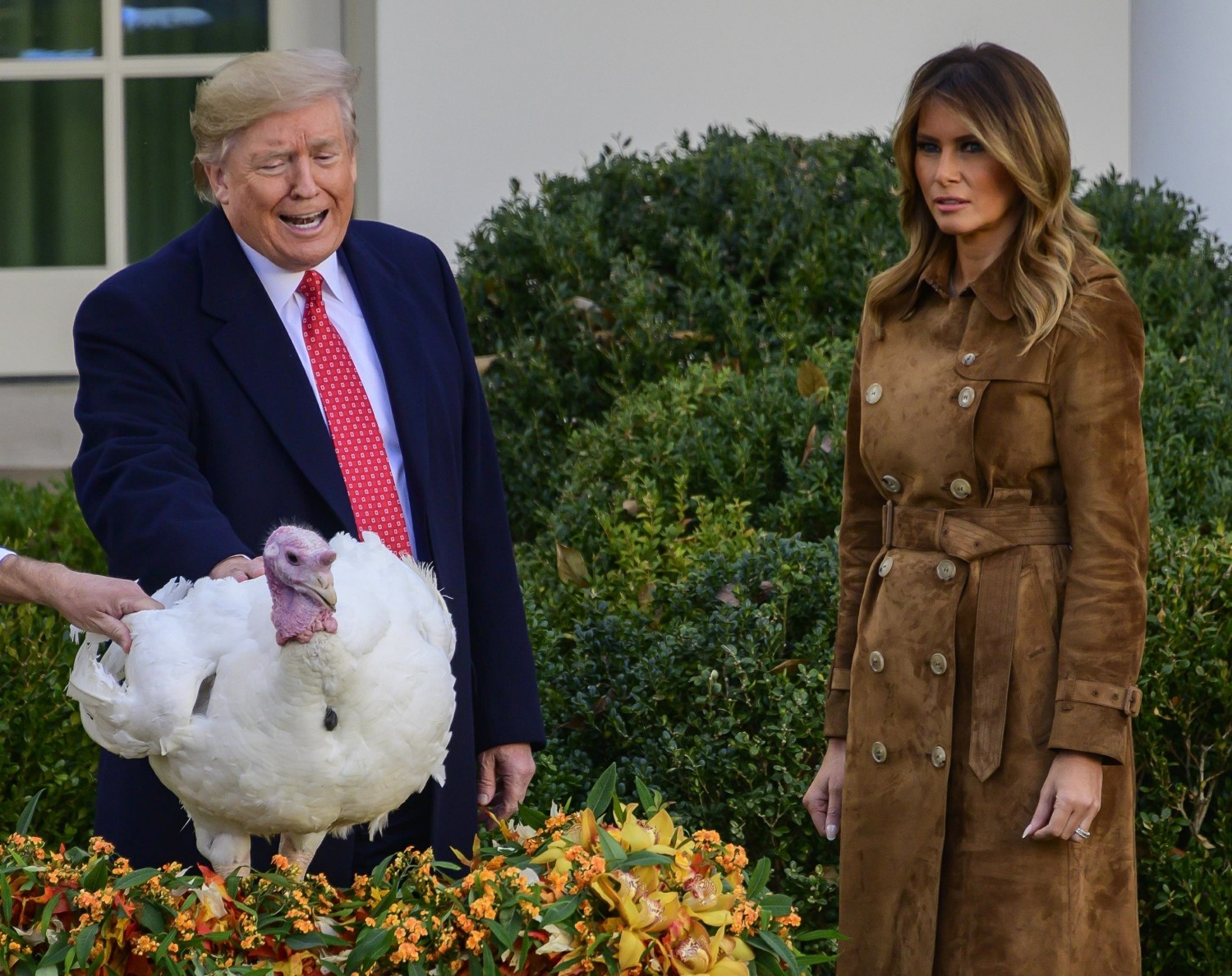 During the Obama administration, I used to look forward to the presidential turkey pardon every year. President Obama looked forward to it too – it was one of the few times during the year that he could coax (or guilt-trip) his daughters into doing an “official appearance” with him. Malia and Sasha always looked liked they were under duress for how deeply uncool their dad was, especially as Obama insisted on making speeches full of turkey puns and dad jokes. It was a simpler time. And it was always so much fun.

Unfortunately, Donald Trump has sucked all of the fun out of the completely silly “turkey pardon” exercise. This is a “gimme” for all presidents: a moment of silliness, of levity, an easy way to look fun and normal and relatable for a president mired in bad news. Somehow, Trump can’t do it. He can’t just stand there and deliver some mediocre turkey jokes and pose jovially with a turkey. He looks pained and he acts pained. Possibly because of that mysterious “first phase” of his “physical,” huh? Isn’t it weird that Trump has barely done much of anything since two Saturdays ago? Reportedly, he’s been “working” from the residence a lot too.

Anyway, Trump pardoned this year’s turkeys, Bread and Butter, at the White House. He actually started a horrible new tradition a few years ago: the Turkey Pardon Molestation. He finds a way to get behind the turkey and then he gropes the turkey from behind. He’s done this three years in a row. It’s disturbing. 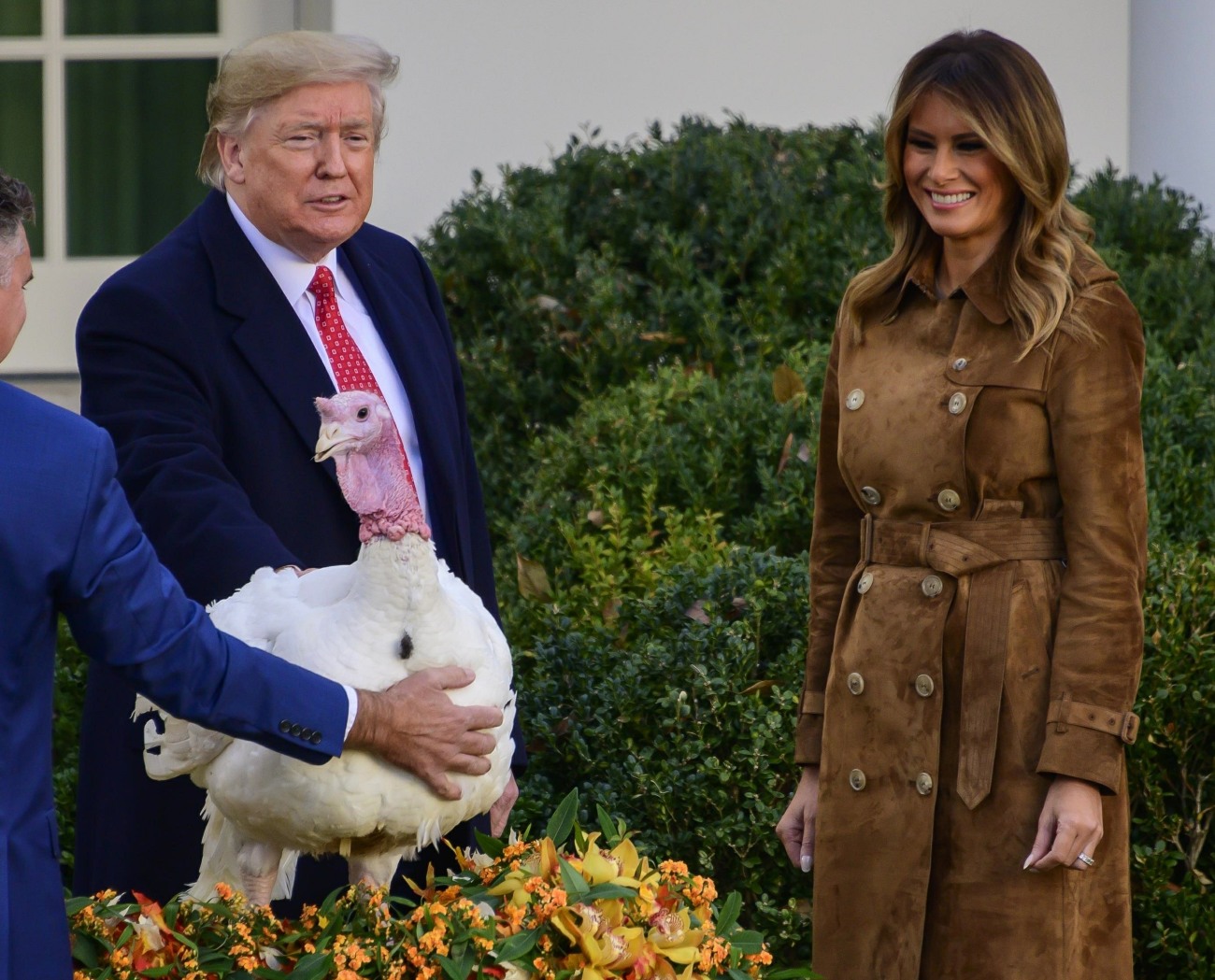 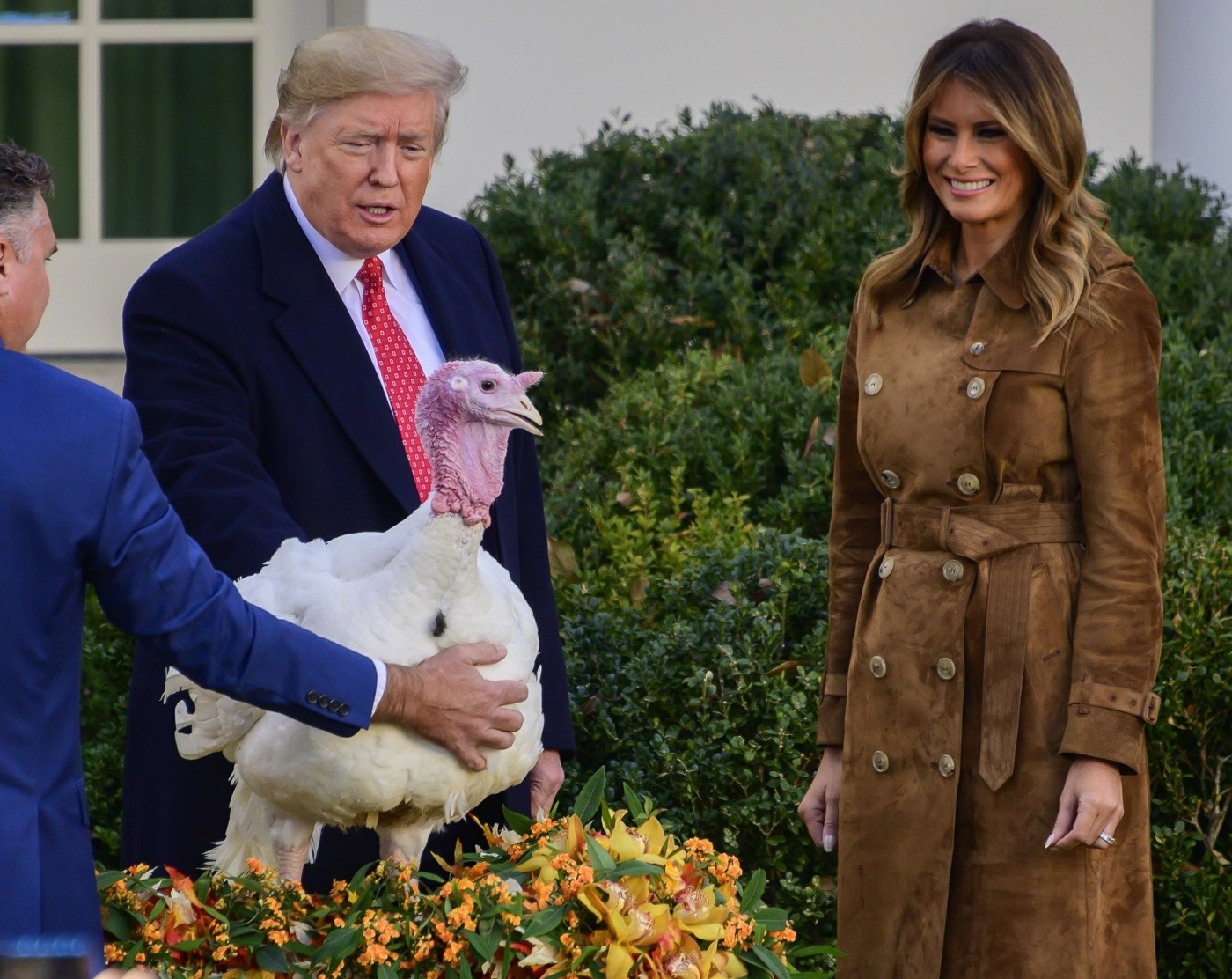