Did NBC fire Gabrielle Union from AGT because she spoke up about racism? (update) 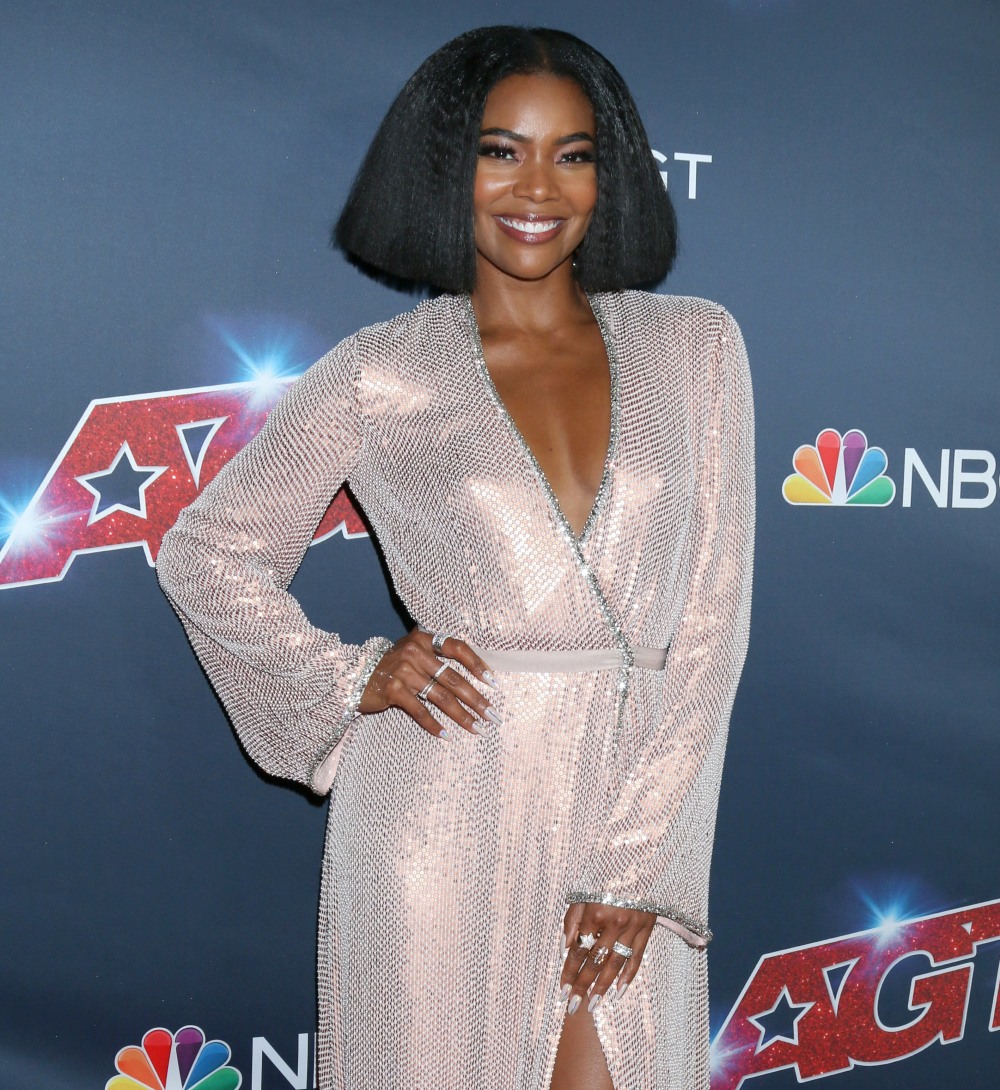 This week, we heard that Julianne Hough and Gabrielle Union would not return to NBC’s hit reality competition show, America’s Got Talent. They were judges on the show (which I do not watch) and Gabrielle in particular was quite popular. It felt like it was a bad look for NBC to fire the two women, especially when the men – Simon Cowell, Howie Mandel and Terry Crews – would all be returning. It gets even worse though – in Gabrielle’s case, she had a specific history of speaking out to producers about racial insensitivities, if not outright racism. It’s looking like Gabrielle was fired because she repeatedly asked for people in authority to help her create a culture of inclusivity and more. Yikes. Variety did a lengthy piece on what went down behind the scenes. There were several incidents:

Jay Leno’s “joke” about Korean people: In April of this year, former late night host Jay Leno visited NBCUniversal in Los Angeles to appear as a guest judge on the network’s unscripted program “America’s Got Talent.” While taping, Leno made a crack about a painting on display in a hallway of Simon Cowell, the show’s executive producer and judge, surrounded by his dogs. Leno joked that the pets looked like something one would find “on the menu at a Korean restaurant,” four people present for the taping told Variety. Individuals at the long-running program found the joke to be offensive — especially for what one insider described as “the very few Asian staffers” employed by the show, one of whom was present when Leno spoke the line directly to camera. Union, a new hire for the 14th season of “America’s Got Talent,” urged producers to report the joke to human resources at NBC, multiple insiders familiar with the show said. Her argument was that production needed to understand why the joke might offend the staff and audience of “AGT,” according to three people who overheard conversations with Union and producers. The issue of reporting to human resources was specifically raised with an NBC executive on set, but several insiders said it was never escalated to that department.

The toxic culture at NBC: The line was cut from the episode when it eventually aired on August 6. However, the Leno incident is one of several examples of what insiders called a toxic culture at the show. The season concluded with NBC deciding not to renew the contracts of Union and Hough, sources said, both of whom could have been renewed for another season under their contractual options.

The women got all the “notes”: Union and Hough were also said by sources to have received excessive notes on their physical appearance. Two insiders familiar with the set said Hough had received consistent criticism on hair, makeup and wardrobe, which impacted her morale and led to tensions. Hough denied this in a statement to Variety as not accurate to her experience. Union was subjected to a very specific critique — that her rotating hair styles were “too black” for the audience of “AGT,” a note she received over half a dozen times, according to four sources with direct knowledge of the exchanges who spoke on the condition of anonymity. One network insider disputed the volume of notes, saying there was only feedback about hair continuity for both judges.

The “Beyonce” incident: Sources also shared a related incident that occurred during another audition taping this season, where Union and other staffers expressed concerns over a white male performer crossing a line in portraying people of color. The contestant’s gimmick involved rapid costume changes inside a larger garment, while impersonating a multitude of famous singers. In one such quick change, the contestant emerged in the guise of Beyoncé Knowles. His hands appeared as black, meant to be a character accent, three witnesses to the audition said. Union immediately recommended to a segment producer and an executive producer that the contestant be removed from the lineup, sources said, adding that the producers disagreed and used a familiar refrain heard on the “AGT” set: “We’ll take it out later.”

Variety went on to note that even though ratings are down for AGT, Union brought a lot of interest to the show and there was a ton of social media engagement around Union. The “notes” on Gabrielle’s hair is… just another example of how everything sucks, and white corporate culture sucks especially hard. I hate this. I feel so sorry for Gabrielle. She shouldn’t have to do her job AND try to educate these fools on what is and is not appropriate and racist. And she definitely shouldn’t be fired for merely identifying this problematic sh-t.

Updates: Yashar Ali had even more about all of the toxic & racist sh-t that went down at NBC. Gabrielle also tweeted out her thanks for all the support.

So many tears, so much gratitude. THANK YOU! Just when you feel lost, adrift, alone… you got me up off the ground. Humbled and thankful, forever ❤ 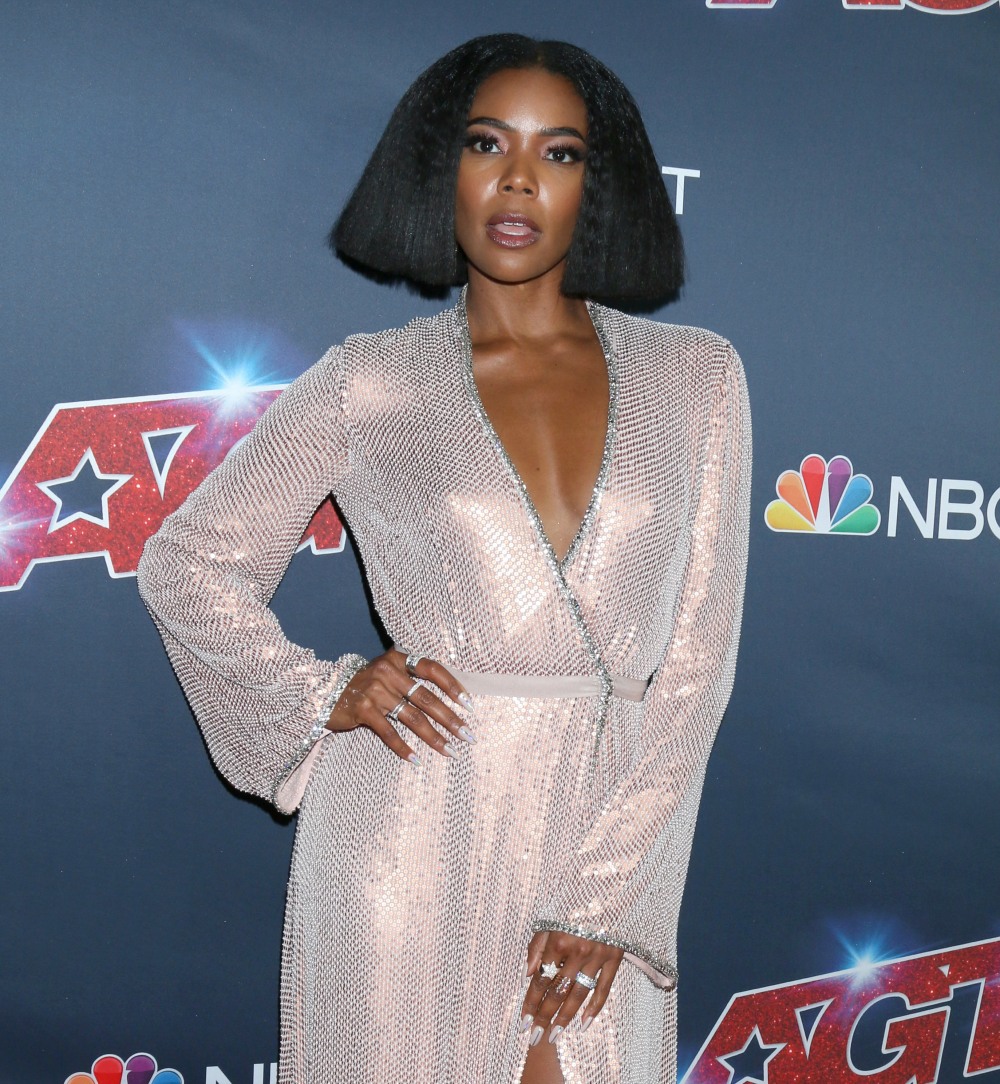 40 Responses to “Did NBC fire Gabrielle Union from AGT because she spoke up about racism? (update)”