This is an awful story, but it ends on an up note so please stick with it. Dancer Louis van Amstel, who performed as a pro on Dancing with the Stars for 10 seasons, posted a video to Twitter talking about his son being bullied at school. Already this is a dreadful story, right? But the details will gut you, like the fact that the bullying took place in a fifth-grade classroom and that the bully was the substitute teacher hired to be in the classroom that day. This substitute teacher, who is as cliche as she is cruel, went around the room asking the children what they would be thankful for this Thanksgiving. The 11-year-old boy in question happily told the class he was thankful that his two dads were finally adopting him. So what should have been a moment of joy for everyone in the room was obliterated when the substitute decided to vomit out her hateful, homophobic thoughts all over the children.

Former “Dancing with the Stars” pro Louis van Amstel is speaking out after a teacher berated his son for saying he’s thankful for his two dads.

Amstel and his husband, Joshua Lancaster, are in the process of adopting an 11-year-old boy, who is currently in fifth grade. During a pre-Thanksgiving lesson, a substitute teacher at the boy’s Utah elementary school asked his class to share what they were thankful for. According to van Amstel, when the boy said that he was thankful he was “finally going to be adopted by my two dads,” the unidentified teacher responded that two dads were “nothing to be thankful for.” The teacher reportedly went on to lecture the fifth-graders about how she believed being gay is wrong.

Van Amstel, who competed as a professional choreographer on “Dancing With the Stars” for 10 seasons, took to Twitter to say, “our child was bullied.”

“Three female students asked the teacher to stop multiple times, and when she didn’t, they walked to the principal’s office to report her. She was ultimately escorted from the building and, as this unfolded, she continued to argue her point,” he wrote.

Van Amstel said he and his husband found out about the incident when school administrators contacted him. Van Amstel credited the school for how they handled the incident.

The 11-year-old joined the family after being in foster care for years and experiencing two failed adoptions. Van Amstel said he was “so fearful that this could make us think that we don’t want to adopt him.”

The substitute teacher, who was subcontracted by the Utah school district through Kelly Services, was fired.

Louis documented the events with a Twitter thread. The incident happen at the boy’s school in Cedar Hills, Utah, which is about 35 miles outside Salt Lake City. I’m not using the boy’s name because most outlets are omitting it due to the adoption not being finalized, although Louis does say his name many times in his video. According to The Salt Lake City Tribune, the story was pieced together by student accounts because the boy did not want to get the teacher in trouble, which is a common reaction for a child. However, as the article states, he has also gone through two failed adoptions, so he didn’t want to say anything because he was afraid dads wouldn’t want to adopt him because of it. That’s heartbreaking, I’m still choked up at that part. Of course, Louis and Joshua have assured him and everyone that that is absolutely not the case, they are more eager than ever to finalize the whole thing. According to Louis’ twitter, the teacher proceeded to blame the boy for her tirade, telling him, “that it was his fault that she went off.” Ugh.

As I said, there are a few points of light in this story, though. Three girls in the classroom told the woman to stop, many times, and when she refused, the three classmates left the classroom to alert the principal. The school acted quickly and decidedly, escorting the woman from the classroom (while she was still spewing filth, apparently). They notified Louis and Joshua at once and told everyone the woman would never be allowed to work on their campus again. And then the agency from which they had hired her issued a statement that she was fired and so would anyone else who tried to pull that crap (those are my words, but you get their gist). The only thing that would make this ending better if she was marched through town as someone rang a bell and chanted “shame” behind her.

My heart goes out to Louis, Josh and their son. I’m sure the parents of those classmates that stood up for him stand very proud tonight. I’m thrilled to hear a school took the right side on this matter and acted not only quickly but to the parents’ satisfaction. This should be the happiest time in the van Amstel-Lancaster household, and I hope that is still can be, despite this wretched woman’s attempt to mar it with her empty words of hate.

I’m truly disgusted that the bully in this situation is a teacher in a public school.#equalrights #allfamilies #allfamiliesmatter 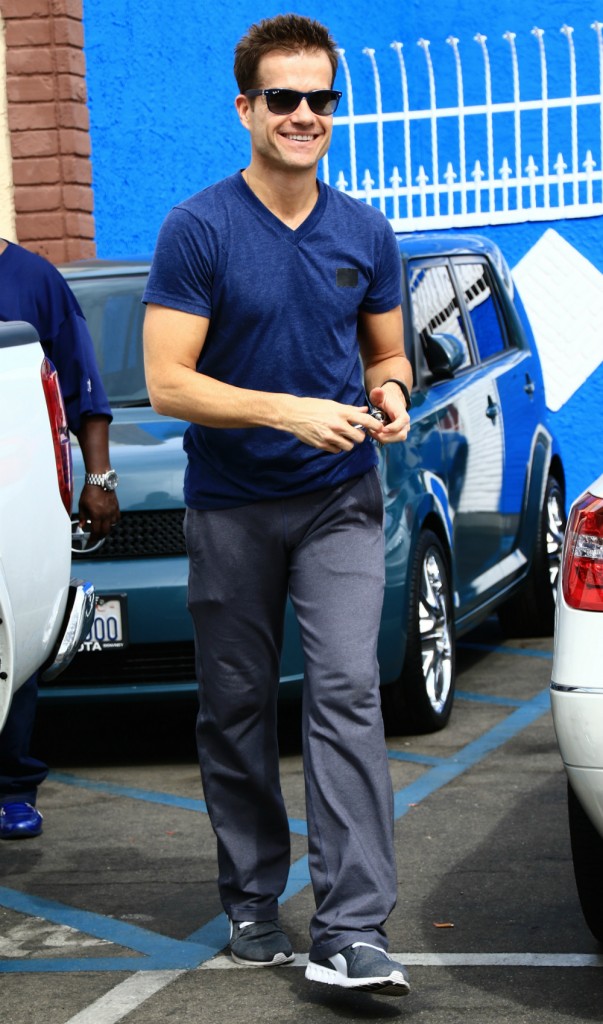