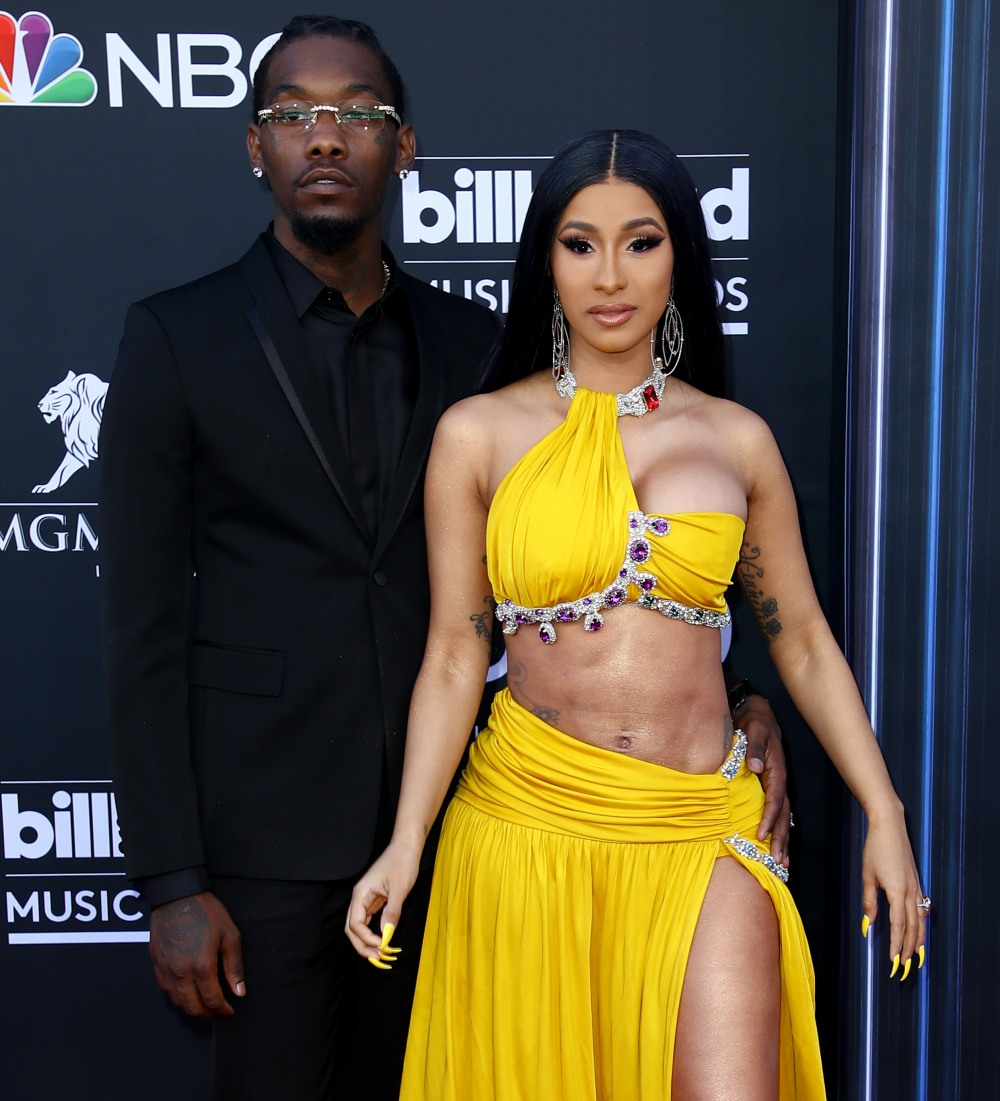 Do you ever feel sorry for Cardi B because of her sometimes-toxic relationship with Offset? I do. Cardi is a problematic person in many ways, but I legitimately feel sorry for the way people around her manipulated her into taking Offset back after she dumped him. I felt sorry for her because she was trying to get in a better and healthier head space after he cheated on her A LOT, and then he wormed his way back into her life and she hasn’t looked happy since. Probably because Offset is still cheating on her.

So, more backstory: Tekashi 9ix9ine’s girlfriend Jade was one of the dancers/strippers Offset was probably sleeping with last year. Jade was also one of the women whom Cardi B assaulted when she found out Offset was cheating. And Jade was the one who got a DM from Offset this week, which she posted on social media. She wrote “Your wife @iamcardib has a OPEN CRIMINAL CASE , why are you writing me you don’t respect her ??????? Theirs a lot of sh-t I haven’t exposed yet , but there’s a time for that 😭😭😭🌈 I’m the QUEEN 👑 of talking sh-t now I’m backing it up 🎼😂🤡” [via capitalxtra, she's since deleted the Instagram.] Here’s the photo: 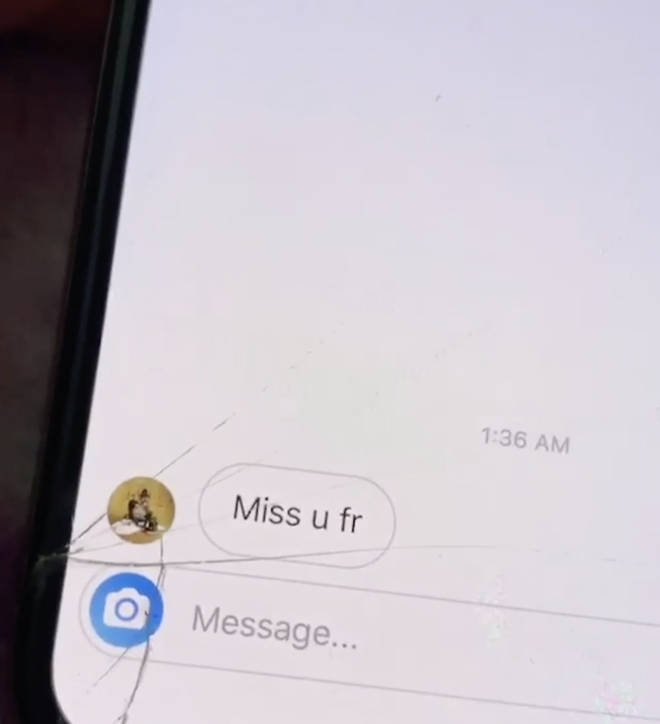 And here’s a copy of the IG video:

Oop! #6ix9ine girlfriend #OhsoyouJade / #Jade shows a dm that #Offset sent to her expressing that he misses her! If y’all don’t know, he is happily married to #CardiB 👀 pic.twitter.com/XsT5kyQUUS

Spectacular call-out from Jade. I hate-respect it. Anyway, shortly after that, Cardi made some videos and claimed that her social media and Offset’s social media had been hacked.

Cardi B is not letting anyone get in the way of her marriage to Offset. The “I Like It” rapper, 27, defended her husband on Instagram on Tuesday, shortly after his account was hacked and he was accused of sending a flirty direct message to Tekashi 6ix9ine‘s girlfriend, Jade. In a video posted earlier this afternoon, Cardi sat beside Offset, 27, and confirmed to her followers that his Instagram account had been hacked before standing up for the “Clout” rapper.

“Babe, I know you done some dumb s—, everybody know he’s done some dumb s—, but c’mon, n—s ain’t dumb, n—s ain’t crazy,” she said, referencing previous rumors of Offset’s infidelity. “We’ve been so good, we had a sweet weekend, life has been good,” Cardi went on. “That’s why I ain’t getting no rowdy. Simple as that. Okay, love you guys.”

Cardi captioned the video: “We look crazy …don’t mind us y’all we both sick and just woke up …anyways we not going to entertain bulls—.”

Cardi also made it clear that she did not believe the cheating accusations and that they were likely a result of the hacker gaining access to Offset’s account by posting two additional videos. In one, Cardi recorded herself as Offset and a friend of theirs attempted to log on to his account and report the issue to Instagram. “Just woke up and we dealing with this sh-t,” she captioned one of the videos.

I just… I can’t. Is it possible that Offset was hacked? Sure. It’s possible. But what’s more likely, that a hacker broke into Offset’s Instagram to send a flirty DM to his sidepiece, or that… Offset sent a flirty DM to his sidepiece and then told Cardi he was “hacked” as a way to explain Jade’s Instagram video? My God. My hope is that if Cardi leaves Offset again (please, please), the people around her will just let the breakup happen and no one will manipulate her or shame her into taking him back. 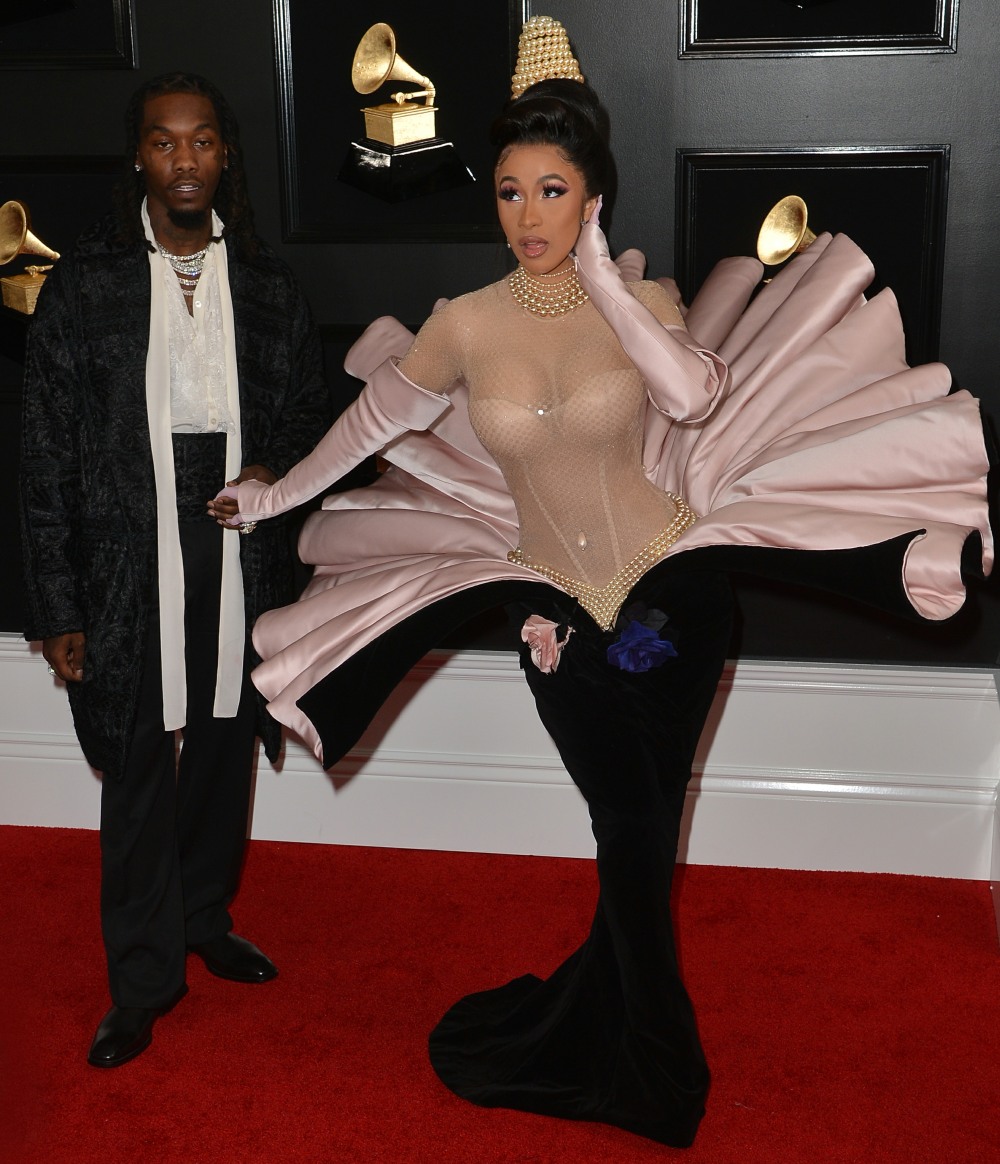