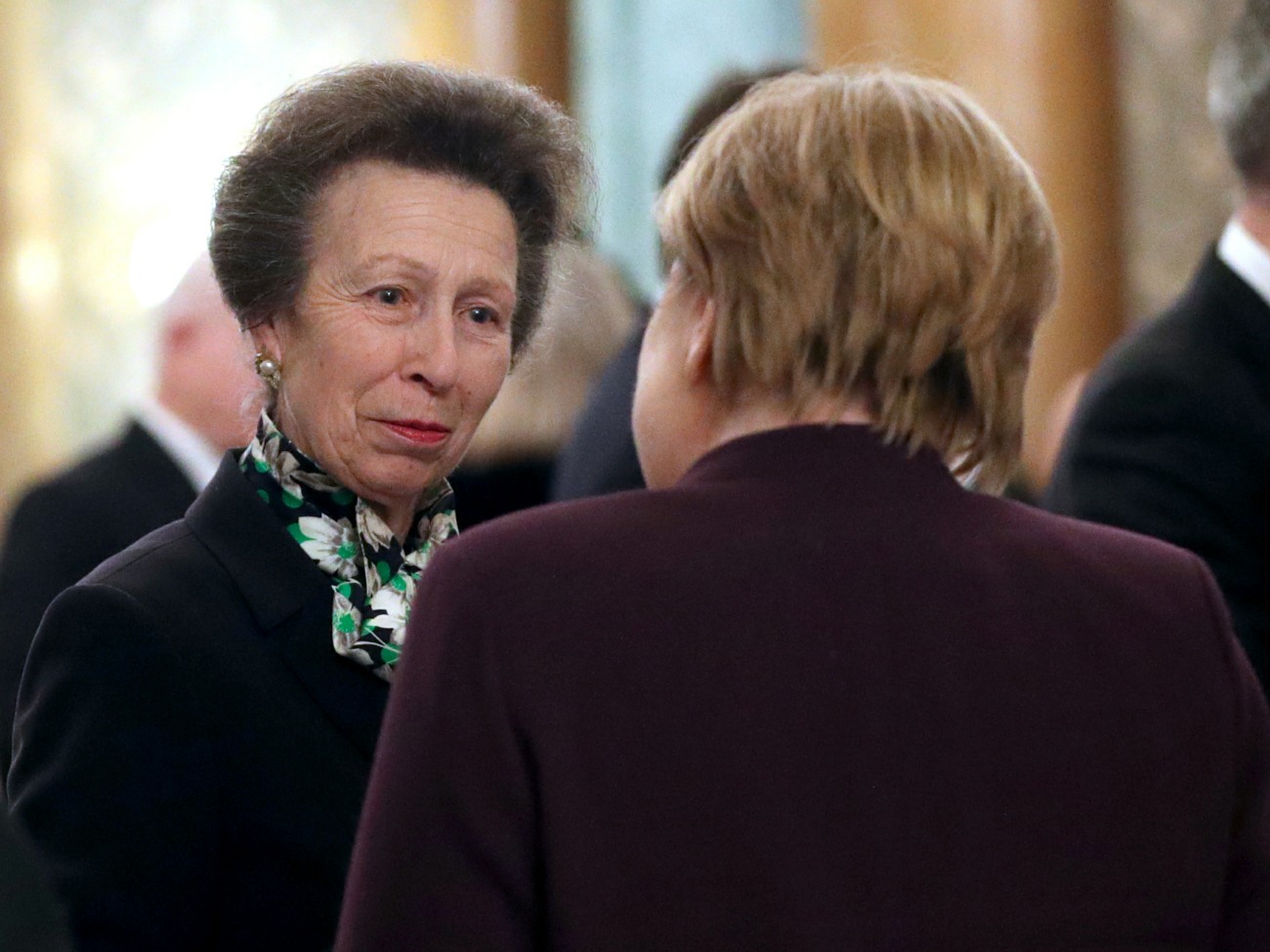 Well, I thought the biggest headline from the Buckingham Palace NATO reception was going to be “Duchess Kate and Justin Trudeau were photographed talking to each other.” But I was wrong! HRH Princess Anne, the Princess Royal, stepped in and acted like an utter boss, and so now Anne has single-handedly saved the monarchy. (Seriously though, how cool would a Charles-Anne Regency be?)

What happened during the NATO reception was that Anne was on camera several times doing cool things. Here’s the part where her mother, the Queen, tries to order her to come to the receiving line for Donald and Melania Trump and Anne is all ¯\_(ツ)_/¯. To be fair, this video shows that Anne was actually speaking to the Trumps as they came upon the receiving line. Like, I think Anne was pushing the Trumps towards the Queen and then the Queen was like “WTF, you need to be in this line too” and Anne was like “I am simply The Herder.” Bonus: Charles scratches his nose with his middle finger so it looks like he’s subtly flipping off Trump.

And here’s the video going viral right now – it’s easy to miss Princess Anne – you can see the top of her head bopping along in the conversation between Justin Trudeau, Boris Johnson and Emmanuel Macron. While they don’t say Trump’s name, this is clearly a bitchy gossip session between world leaders about how Trump is the f–king worst:

Everyone loves that Anne was there for political gossip. Anne suffers no fools and Anne is always up for some political tea. As for world leaders openly having a gossip/bitch session about Trump… yeah, Donald Trump has been the terrifying laughing stock of the global political arena since the very start. It gives me no pleasure to admit that. I’m so deeply ashamed whenever he travels abroad. He’s so pathetic and stupid. In fact, I sort of like Trudeau, Macron and even BoJo a little bit more for having such a bitchy gossip sess.

Also, Melania looked like a f–king idiot in that coat. She wore it INSIDE the palace, for the reception. Princess Anne judges her too. 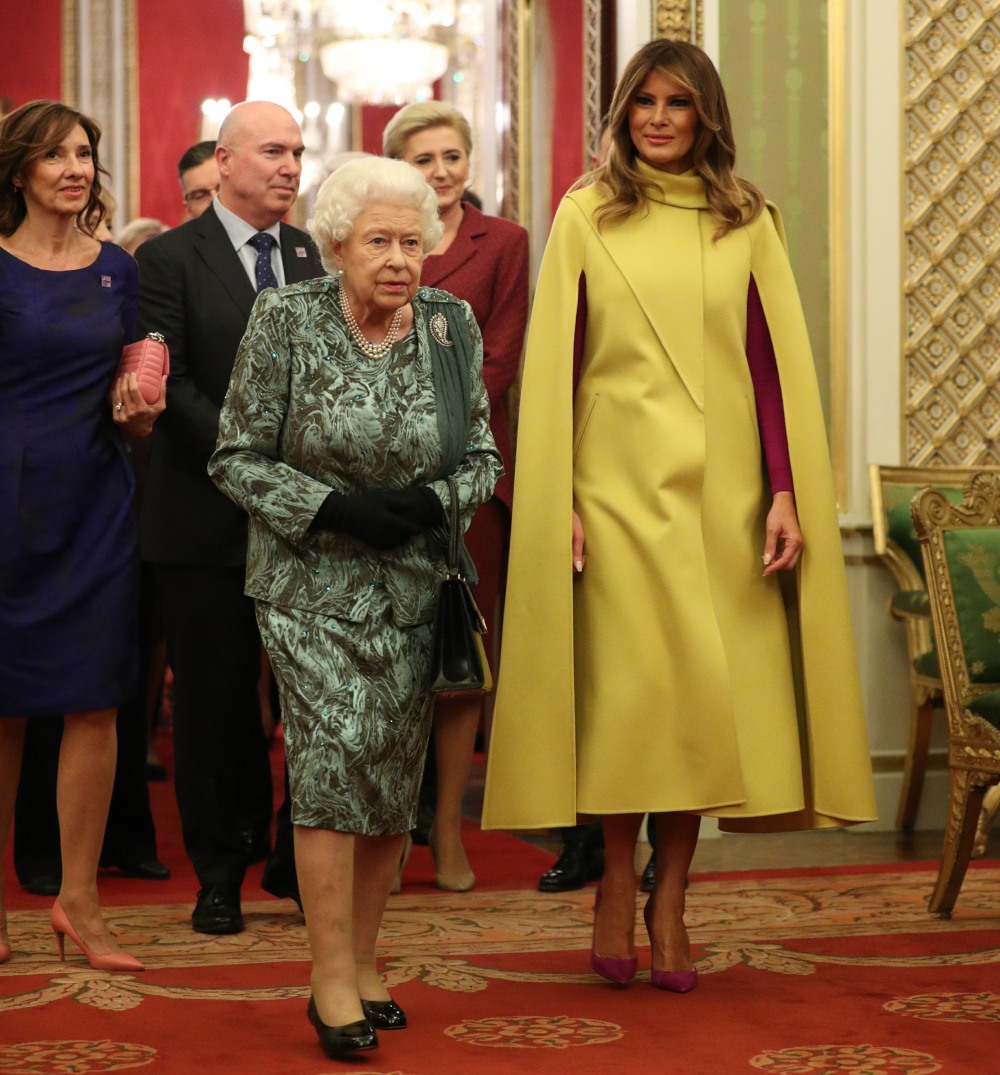 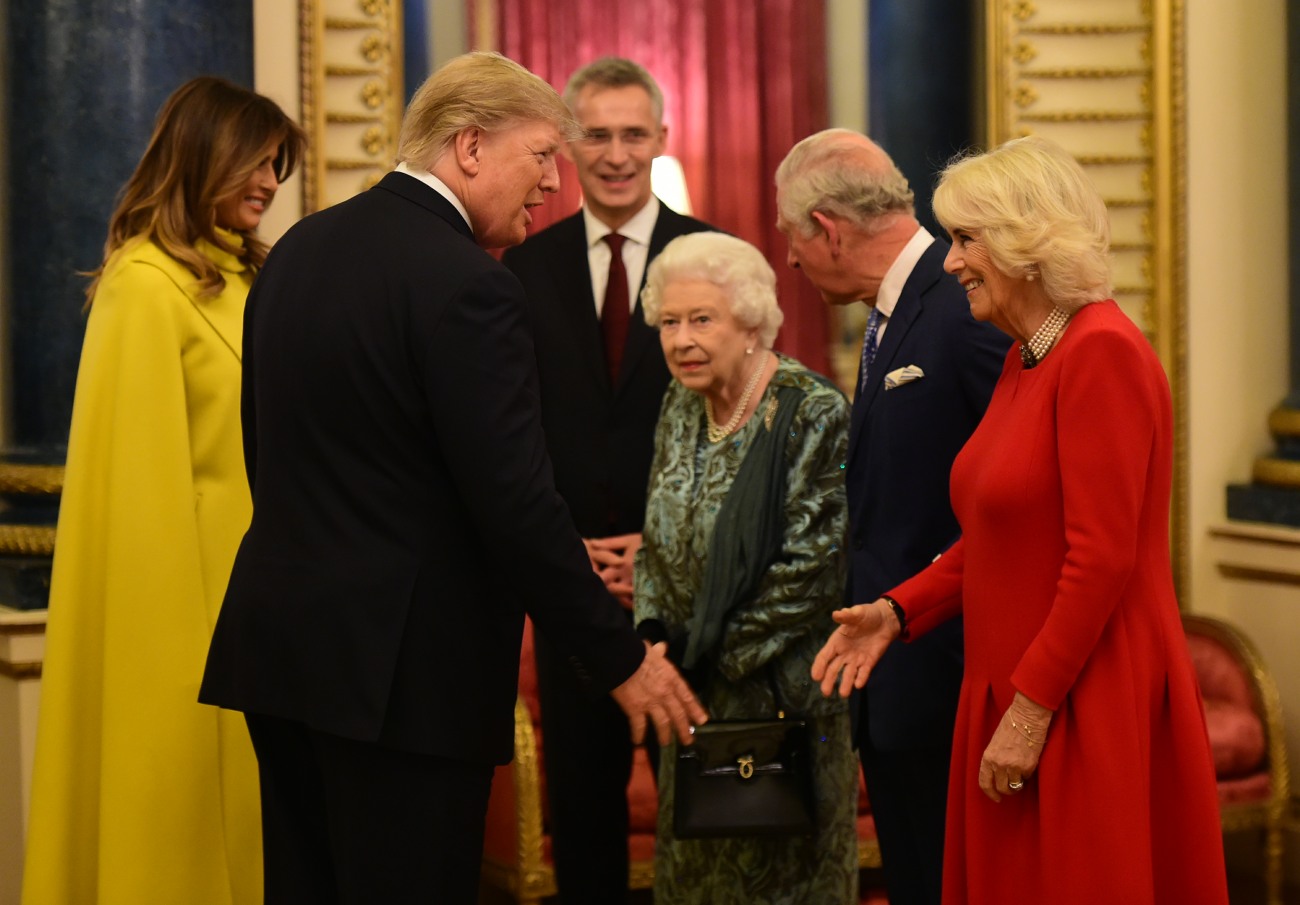 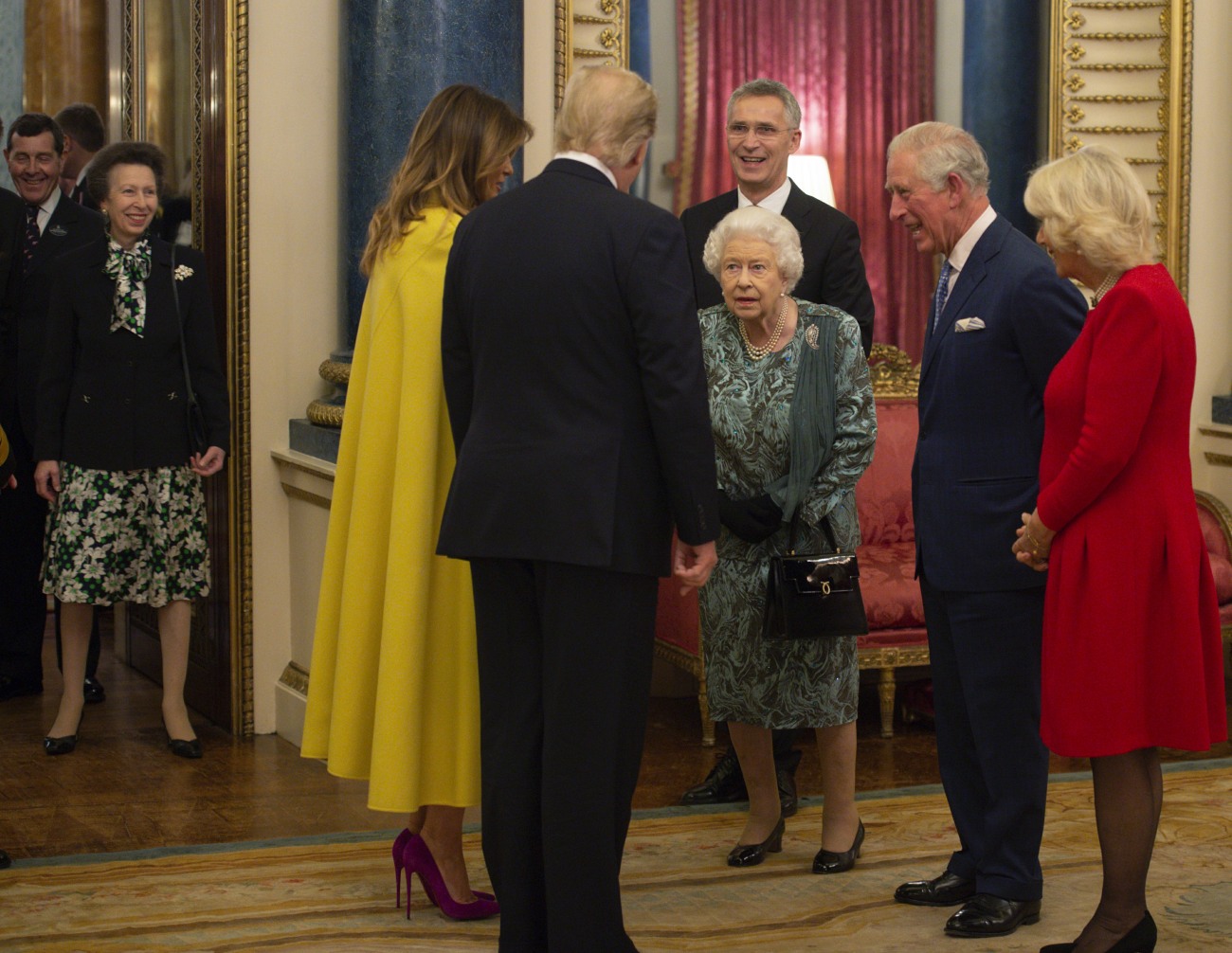