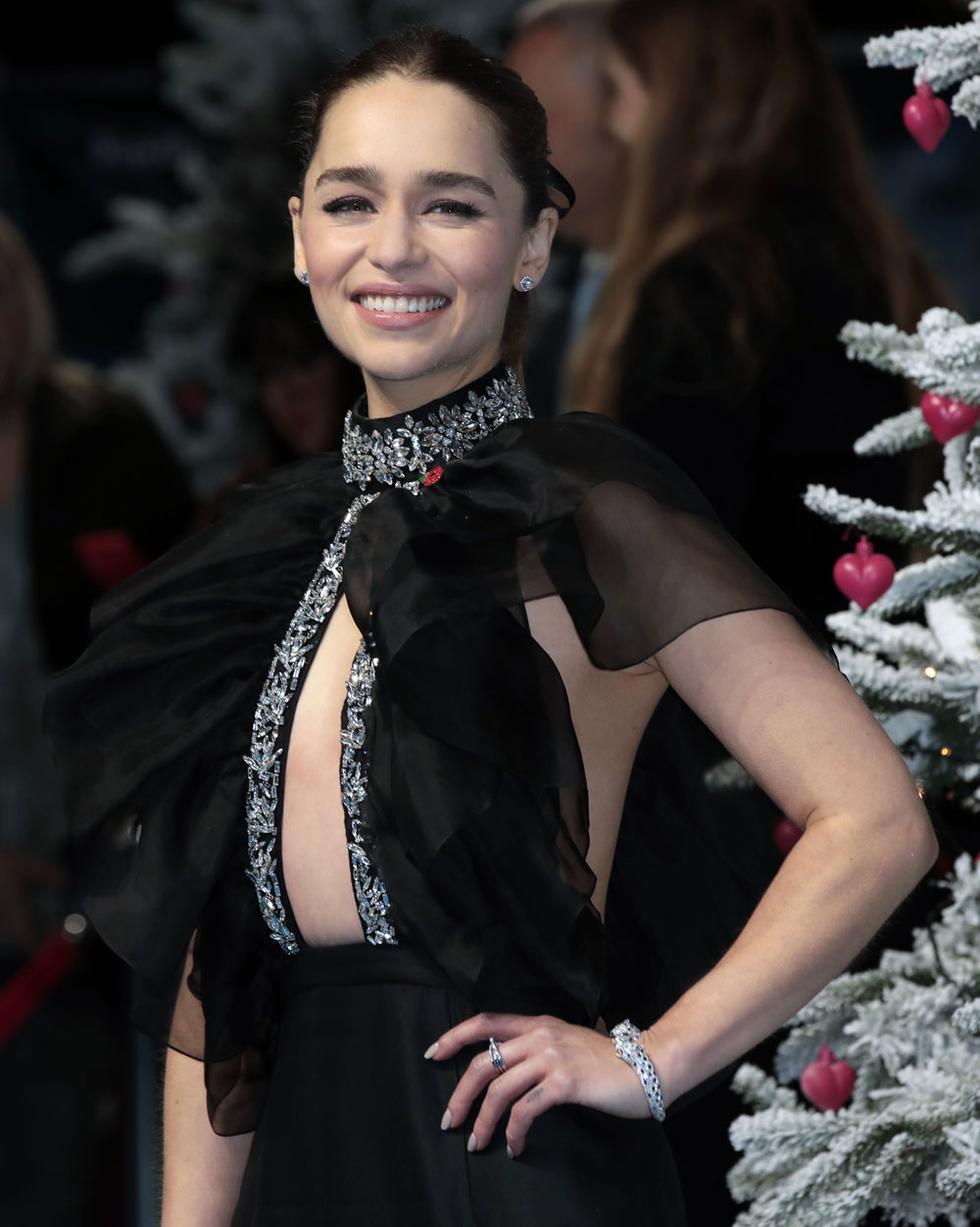 Whenever I see Emilia Clarke I think about how she so expertly told the story of her brain hemorrhages. She had two in between seasons of Game of Thrones, she easily could have died, and she had grueling recoveries with each. We never knew about it until she told her story, in her own words, in the most matter-of-fact yet compelling way. She has this sunny disposition and outlook that comes through in everything she does yet her writing was so crisp, well-told and didn’t veer toward syrupy optimism or maudlin navel-gazing. I was so impressed with how she framed that, and how she handled that period of her life. She then founded a charity to help other young people going through neurological disorders. Emilia does not get enough credit for that, because she’s just a wonderful person and doesn’t give us much to gossip about. That’s what came to mind when I read her interview with The Guardian. She’s still out there promoting Last Christmas, that weird romcom she’s in with Henry Golding. This interview is so damn deep that it’s hard to talk about, but I’m going to try.

How her brain hemorrhage helped her perspective on life
“And yes, I’m at the point where I definitely think of the brain haemorrhage as a good thing… Because I was never destined to be the ‘young actor goes off the rails’ type, up and down the gossip columns. And having a brain haemorrhage that coincided precisely with the beginning of my career and the beginning of a show that became something quite meaty, it gave me a perspective that I wouldn’t have had otherwise. I’m quite a resilient human being, so a parent dying and brain haemorrhages coinciding with success and people following you in the street and getting stalkers – you’re just, like, ‘Well let’s try and make something sensible of it…’

“It was nerve-racking to share it, to be honest. It always is, when you make yourself vulnerable.” She waited so long to talk about it, because, “I didn’t want people to think of me as… sick.”

She had brain hemorrhages in 2011 and 2013 and then lost her dad in 2016
“I finally got this feeling. As if, on a cellular level, I’d grown up. And it’s so bittersweet, because I was clinging on to that childlike optimism. Then, when I finally let it go, I realised that was actually quite a heavy backpack to be wearing. I felt like that at the Emmys, too, finally popping my head up from the bunker. It’s as if you can see the actual landscape that you’ve been living in this entire time from another perspective…

“It can be perceived as such a feminine trait, can’t it – the responsibility to ‘put a smile on it’. And, and you feel like it’s a defeat if you give in and admit, ‘Maybe it’s not going to be OK in the end.’ But then, if you do, then you have an opportunity to go… ‘and what if that’s all right?’ Death is shit… It’s really hard and grief is horrific, and yet it is completely and utterly guaranteed. No matter how much Silicon Valley boys want to prove to everyone it’s not. But the finality of death, the absolute certainty of it, I’ve realised, is such a tonic.”

“We don’t look at grief properly. I’m not talking about the random moments of completely overwhelming emotion, I’m pretty in control of that… there was only one time on set where I just physically couldn’t stop crying. It’s the other stuff that we don’t discuss – the functional grief; when your worldview and your perspective on life and yourself changes irrevocably, forever.”

How she deals with grief
“By realising that there is a framework that life lives within, and knowing when you reach the edges of it. There’s that. And I try to use the shit feelings as opposed to just ‘breathing through it’. It’s like putting my plastic in the recycling bin – it might not do anything, but I should at least try. And then being an actor and having a production company, knowing that the greater understanding I have about life, the greater storyteller I can be. As an actor, you’re always observing – no matter what trauma you’re going through, there’s a wee bit of your brain that’s like, ‘Isn’t this fascinating?’”

She had many stalkers
Clarke was catapulted to extreme fame during a period when she nearly lost her mind. She started to find gifts outside her door, from one of many stalkers. One, she says, is extremely unwell, another extremely mean. “The stalker stuff is just horrible because, as a single lady walking around town, I already feel like I’m being followed.”

These stalkers believe they’re having a relationship with her, “which is confusing, because having a relationship with people I don’t know is a big part of what I signed up for. I care about what art does to people. But it carries with it a responsibility, and when you leave your front door you take that with you. And it’s a difficult path to navigate. Because sometimes,” and she’s talking about fans now, the line between the two often being blurred, “you get grabbed physically and your instincts kick in. When you see shock being registered on someone else’s face, you’re like, ‘Where’s the danger?’ And then you realise, oh, it’s me – I’m the danger.”

That interview was amazing and I got teary at times. I like how she described how her entire worldview changed through these incredibly difficult events. She’s so matter-of-fact about the worst events of her life and about how she dealt with them. She worked through it, and realized her optimism was a kind of naivete that she needed to shed. She then came to the conclusion that she may as well hold on to it because the finality of life is funny too. Emilia has multiple horrible stalkers and that’s got to be so scary yet she talks about it in a detached way that focuses on how her reactions affect her fans. She said, in a way, that going through these awful things has helped her become a better actress. I just admire her and this profile cemented that. 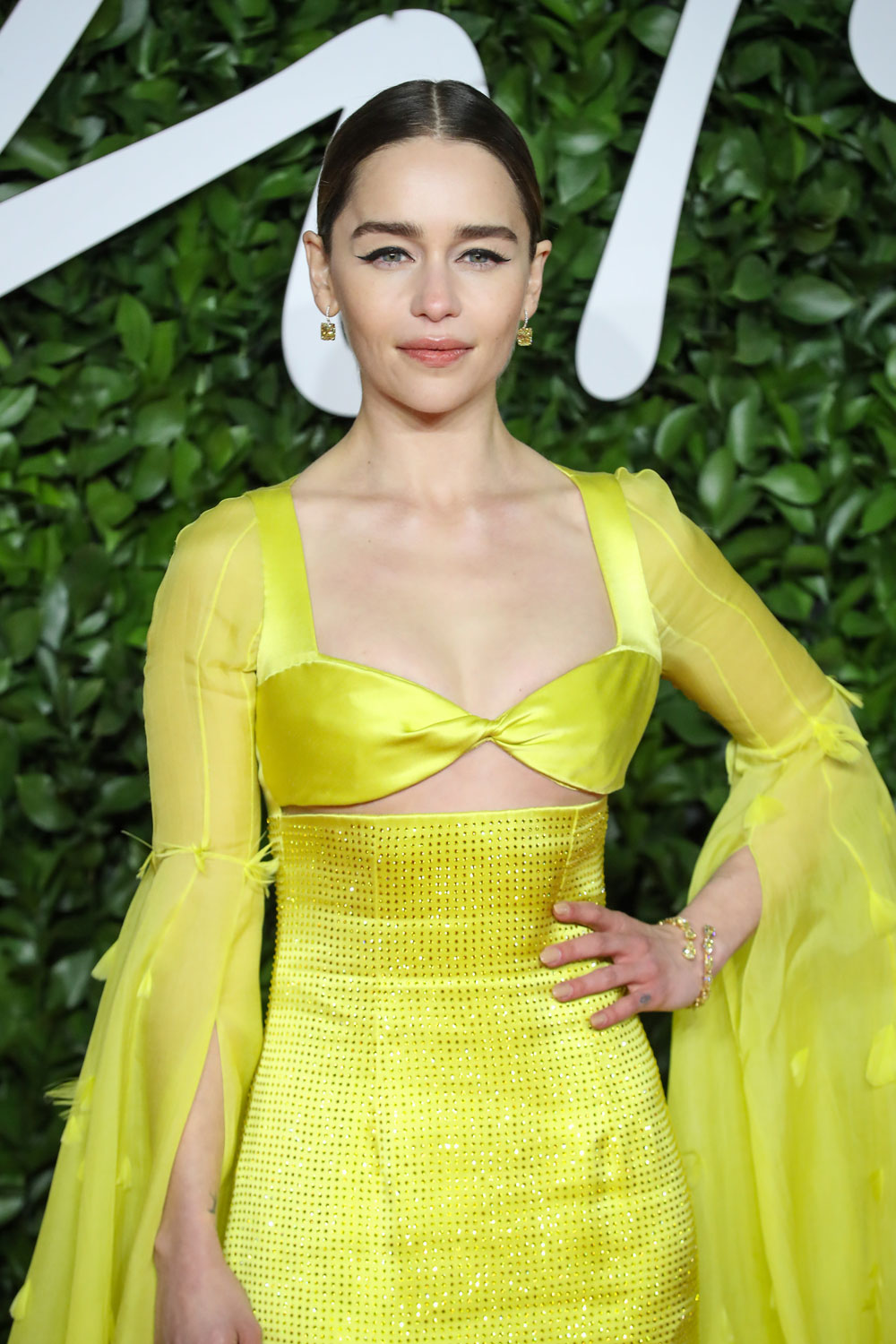 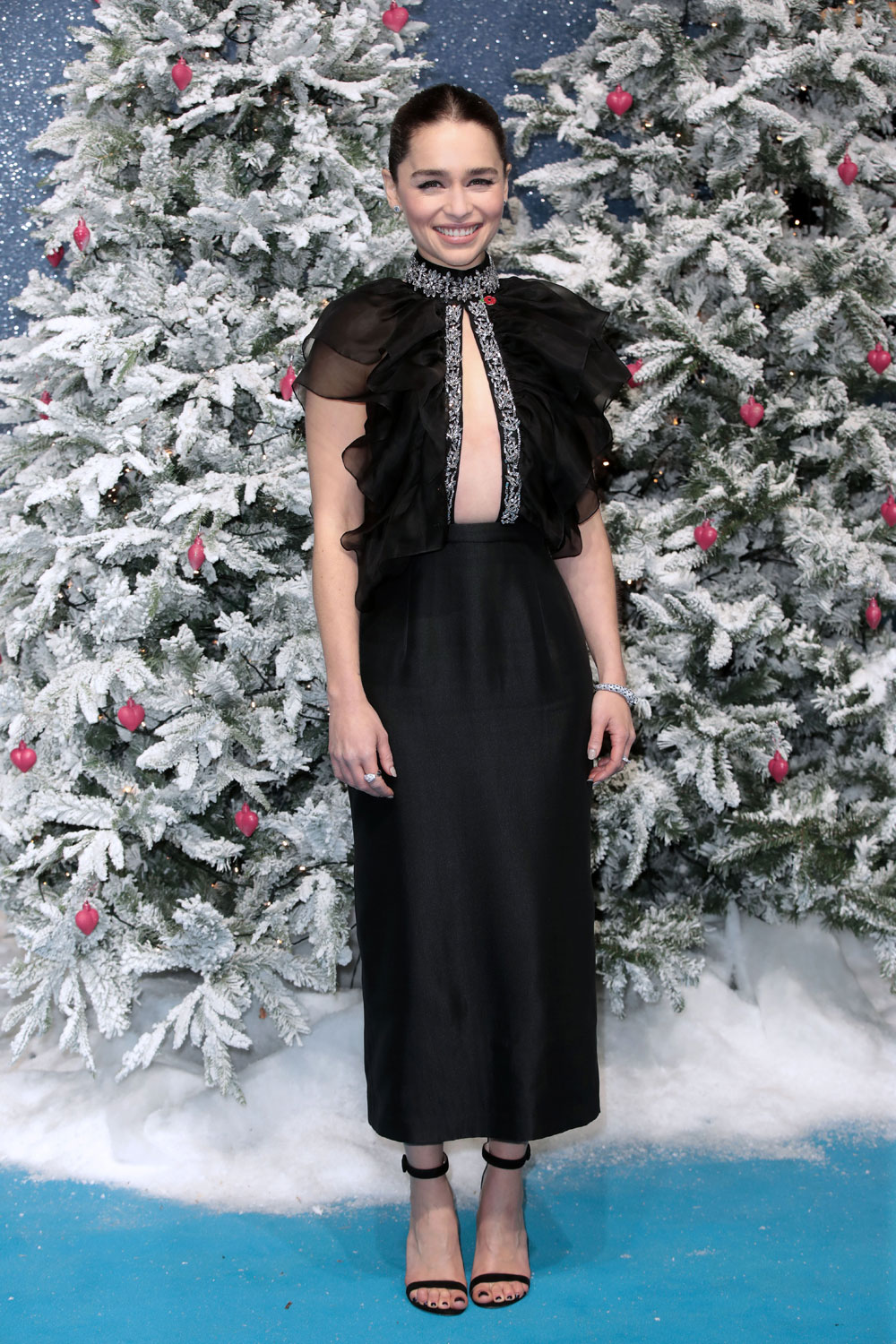 DROP. THE. GODDAMN. MIC. 🤯🤯🤯🤯 I met my hero. And yes, tears were present. (As were my terrible terrible jokes) @barackobama thank you for being alive. @dreamforce #myhero #Michelle…so….wannahang? #❤️ #🔥

26 Responses to “Emilia Clarke: ‘We don’t look at grief properly, your perspective on life changes forever’”