Charlize Theron: Harvey Weinstein said that he slept with me & Renee Zellweger 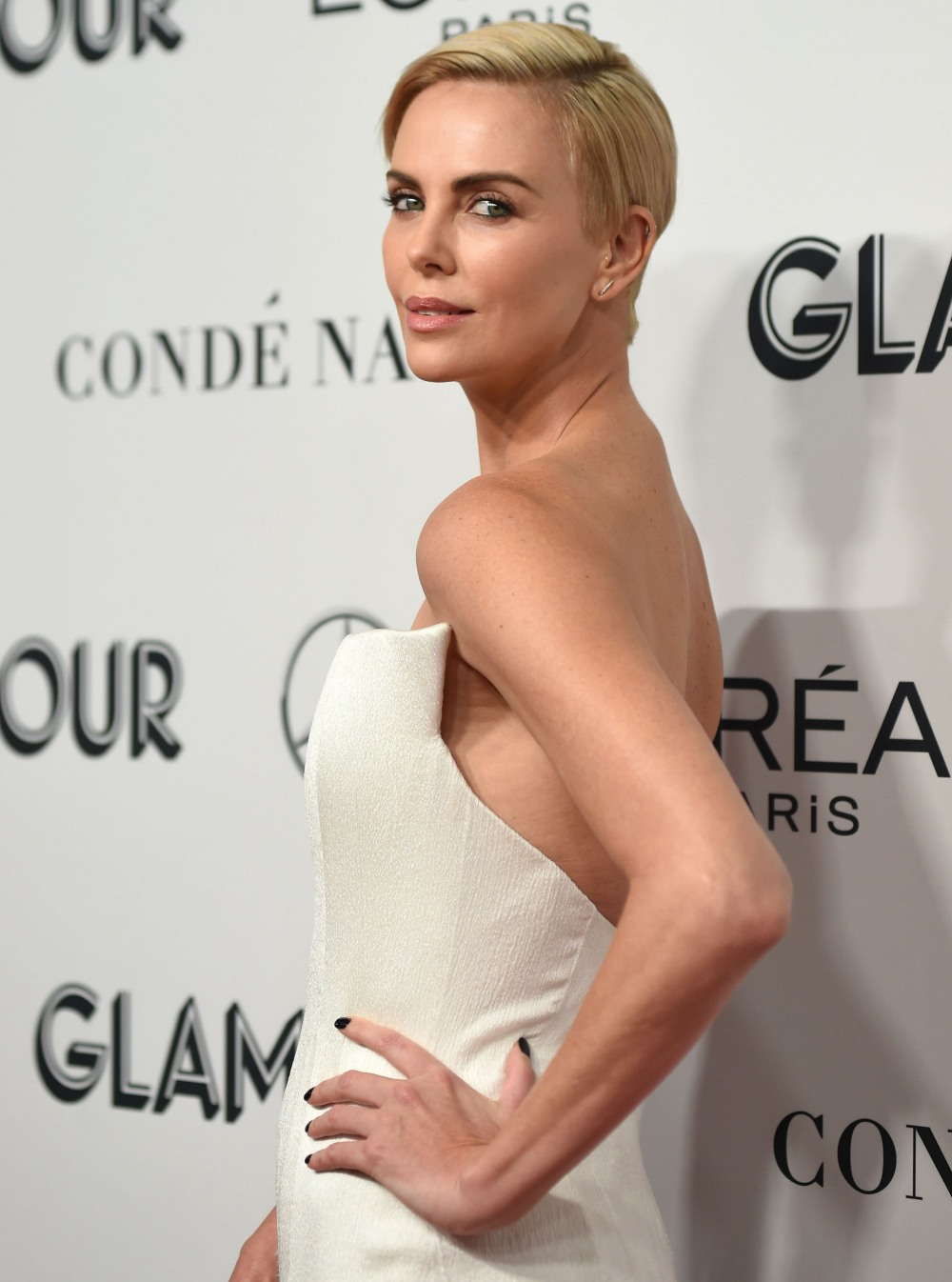 Charlize Theron has a new interview in the New York Times to promote Bombshell. I’ve only started to realize recently (like, in the past week) that Charlize is angling for a Best Actress Oscar nomination for playing Megyn Kelly. Considering the field and the work Charlize put it into the film… it will probably happen? Charlize not only went through that physical transformation to become Megyn Kelly, she also stepped in as a producer on the project after the financing fell through at the last minute. So, yeah, Hollywood loves that kind of plucky behind-the-scenes story. Charlize spoke about that, how Megyn Kelly is deeply flawed and how Harvey Weinstein was always a massive C-U-Next-Tuesday. Some highlights:

On Annapurna Pictures pulling the financing for Bombshell two weeks before production began: “It felt like we had been going at top speed toward something risky, and then, all of a sudden, the floor was just dropping from underneath us… It’s a tough pill to swallow when you hear your financier wants to back out, especially when it’s almost half the cost of something that they’ve already done with a man.” [Annapurna had just released Vice.]

On Megyn Kelly’s controversial statements: “There are things she has said that I’ve definitely had issues with, but it doesn’t invalidate how I feel about her struggle. Avoiding all of that stuff to get an emotional arc out of her character, I just didn’t want to be a part of that. By the way, if this was a movie about me — and I hope nobody ever does one — it would be filled with flaws and mistakes, and I wouldn’t want somebody to take those things away. I really do believe that what she and those women went through was messed up, even though they work for a network that I highly have issues with.

On the scene where Margot Robbie’s character is sexually harassed by Roger Ailes: “My concern was making sure she was comfortable in the underwear she was wearing. All three of us — Nicole, Margot and I — have been nude in movies where it’s not about the nudity. I’ve also been nude in scenes where I felt incredibly empowered, which is not what you would imagine. What the scene in “Bombshell” was more about, and what made this brutal to watch on the day, was the fact that you had Roger Ailes dictating how this was going to go and she didn’t have a say. It’s the belittling factor: “I am going to get you to do something that I know you’re incredibly uncomfortable with.” I think it’s having to placate his power that makes it almost unbearable to watch, way more than if he physically raped her in that scene.

Men’s reactions to the movie: “Watching this has been eye-opening to a lot of people. Men, especially, go, “I had no idea women had to do things like that.” It’s humbling that you can create that kind of moment, because a lot of times you know people are going to say, “This is a woman’s movie, and men will not tap into this at all.” When men can emotionally engage with what we experience and be just as disturbed by it, it’s a powerful thing.

On the power plays Harvey Weinstein used to make: “Yeah, and he did that to everybody. Pitting women against each other? He was really, really good at that. There was a lot of, like, “Well, I’m talking to Gwyneth for this movie …” One of his lines was that Renée [Zellweger] and I slept with him to get jobs. There was no limit to him. Even in the sexual favors, he would still pit us against each other.

Her description of men’s reactions to the movie reminds me a little bit of the conversations – however brief – around Christine Blasey Ford’s Senate testimony last year. I remember that so many men online were suddenly feeling very raw and in their feelings about Dr. Ford’s testimony and how the trauma of a sexual assault can have repercussions for years and decades. It was like, “oh, sh-t, that really happens?” I feel men just keep having those realizations too – with all of the outed predators and these conversations about sexual harassment, assault, power imbalance and rape culture.

Speaking of, her comment about Harvey Weinstein is… interesting. There were so many rumors that Charlize was one of the few actresses to really stand up to Weinstein as he was harassing her. But for her to name-check Renee Zellweger… well. And you know, Renee is probably going to be nominated for an Oscar this year too. 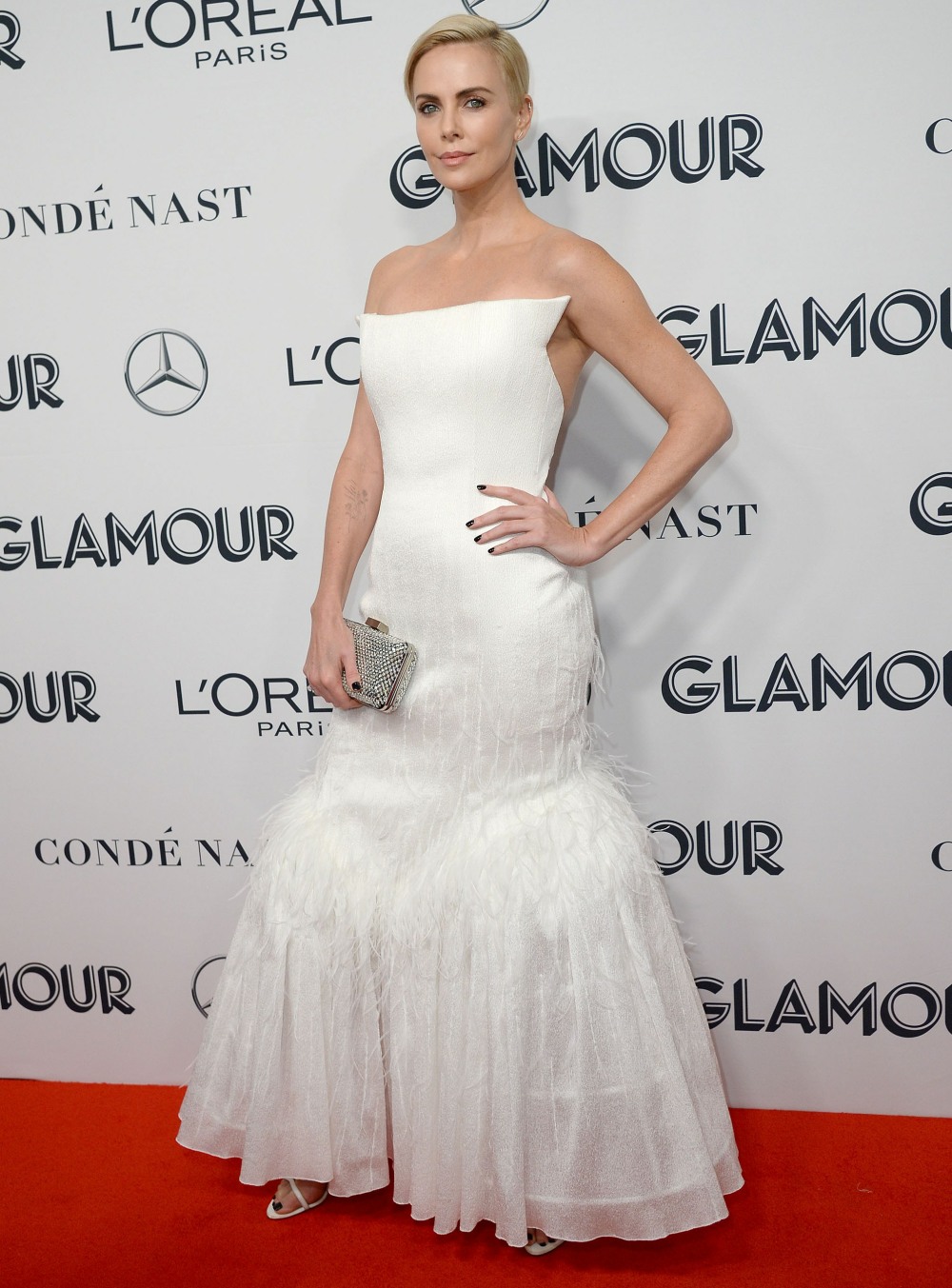 13 Responses to “Charlize Theron: Harvey Weinstein said that he slept with me & Renee Zellweger”