You know how people always say that engagements and weddings are contagious? Well, I figured that Emma Stone’s turn was coming up after Jennifer Lawrence’s engagement to and wedding with Cooke Maroney. Emma and J-Law are good friends (they were set up for a friendship date by Woody Harrelson years ago) and Emma attended Jennifer’s recent wedding. Emma has been with her boyfriend, Dave McCary, about the same amount of time as Jennifer and Cooke have been together too. So… wouldn’t you know, Emma is engaged now!

Emma Stone is engaged! The 31-year-old actress’ longtime boyfriend Dave McCary revealed the happy news on Instagram on Wednesday, sharing a photo of the couple smiling excitedly as Stone showed off her new ring. McCary, 34, simply captioned the post, “💕.”

A source previously confirmed to PEOPLE that Stone and McCary, a segment director and writer for Saturday Night Live, were dating in October 2017, saying that the pair had been together for at least three months. The pair met when the Oscar-winning actress hosted SNL at the end of 2016 and starred in the sketch “Wells for Boys,” which McCary directed. While Stone and McCary are relatively private about their romance, the duo have been spotted together multiple times and enjoyed a date night in New York City in April, heading out for dinner in the city after SNL rehearsals. Stone hosted the April 13 episode of the variety show.

Congrats to them! I’m happy for her, I guess. I’d also like to point out that both Jennifer Lawrence and Emma Stone are mostly based in New York when they’re not working. They were in NYC as single girls, living a Nouveau Sex and the City life, and they both nurtured their relationships in the city. In Emma’s case, I feel like post-La La Land, she made a conscious choice to be a lot more private, and Dave was part of that. Also, I have to say this: I hope Andrew Garfield has a good cry today! He really loved Emma but their careers tore them apart, plus I think she just got tired of his bulls–t. 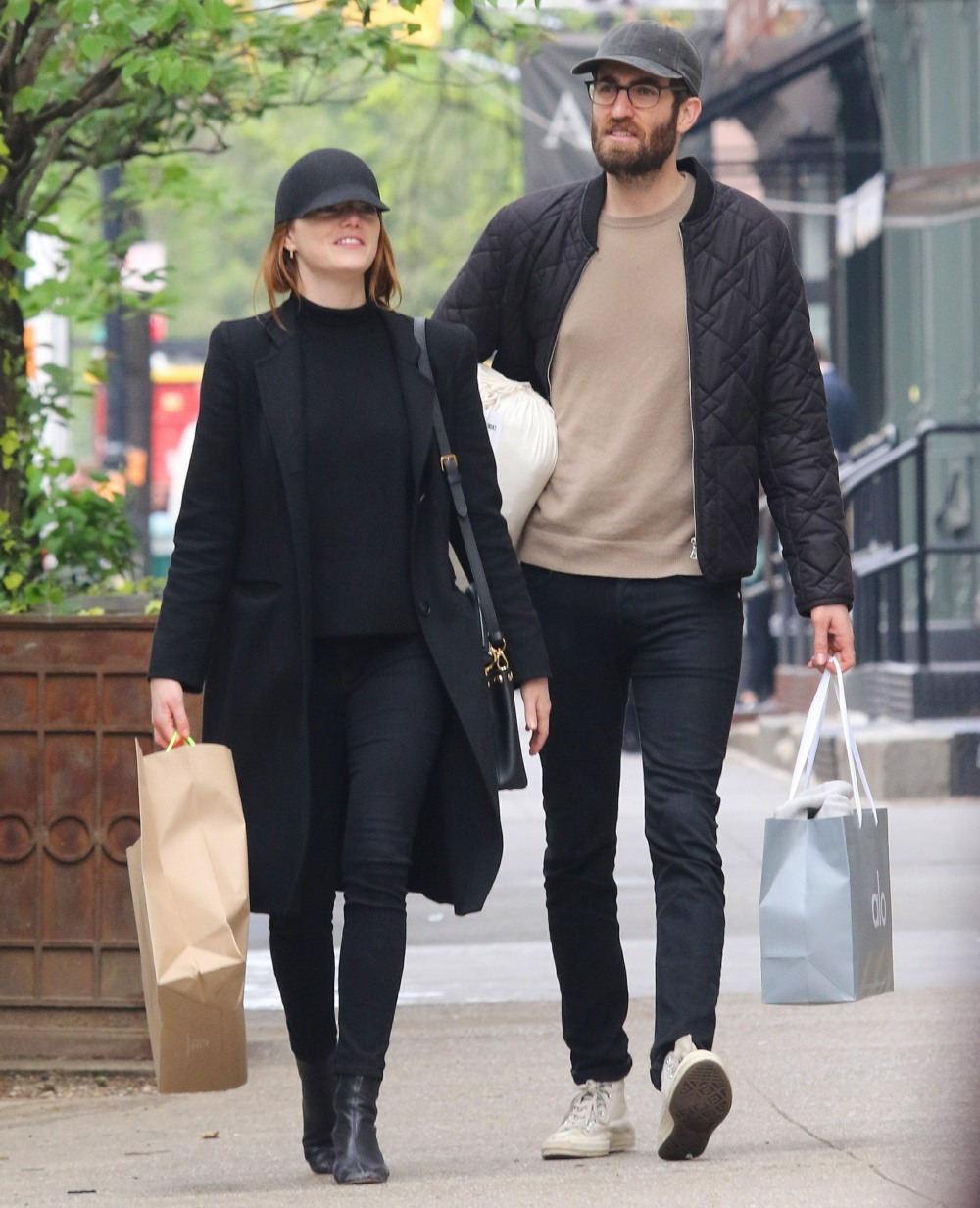