Anne Hathaway threw away her nonstick pans: ‘I try not to blame myself’


Embed from Getty Images
Anne Hathaway and Mark Ruffalo star in Dark Waters, which just opened in theaters. The movie is based on the true story of Rob Bilott (played by Ruffalo), a lawyer representing a farmer whose cattle are dying from drinking contaminated water from the nearby DuPont plant. Anne plays Rob Bilott’s wife, Sarah. Anne spoke with USA Today about the movie’s real-life origins and mentioned her admiration for Greta Thunberg and her own activism:

On the true story behind Dark Waters
“It’s heartbreaking and infuriating on a human level. There wasn’t really any acting required, in terms of playing someone who was learning of (corruption) and was equal parts aghast and terrified and angry and emotional.”

After reading the script, “I opened the drawer where I keep my pans and pots, and there was a non-stick pan,” Hathaway says. “And despite reading an article when I was pregnant with my first child that said ‘don’t use non-stick,’ there was one that had somehow slipped through the cracks and I’d been feeding my family with it for years.

“I try not to blame myself too hard in those circumstances, because I believe that we as human beings and as Americans should never be put in that position where we’re just trying to do our best, and we’re inadvertently poisoning ourselves and the people we love.”

On how she learned activism from her parents
“I was born in the early ’80s, and there were still things I was told I couldn’t do because I was a girl. I was really lucky I was raised in a household where that sentence was never uttered. It seems strange to me that anybody would try to put me in a box based on the way I was born, when it’s so much easier to just accept other people for how they are. So I guess that was my first awareness that the world wasn’t a fair place for everyone.”

On Greta Thunberg and young environmental activists
“I’m so inspired by them – their priorities are exactly right,” Hathaway says. “They are focused and doing all the things we tell young people to do. So I don’t understand people’s negative reaction to this generation, except to say they must be very comfortable with the greed innate in the status quo.”

I saw the trailer for this a few weeks ago when I saw Harriet (amazing!) and it looked good, though disturbing. I moved recently and bought a whole new set of pots and pans that are non-stick, which I am slightly regretting now. The amount of dangerous, deadly practices that companies can get away with astounds me. It shouldn’t, but it does. The New York Times Magazine article is worth a read. I can’t imagine that DuPont is thrilled that Dark Waters is being released nationwide. Rob Bilott is still fighting the company. I’ve always liked Anne and Mark, so I’m going to try to see this in the theater, and perhaps look for some new pans. 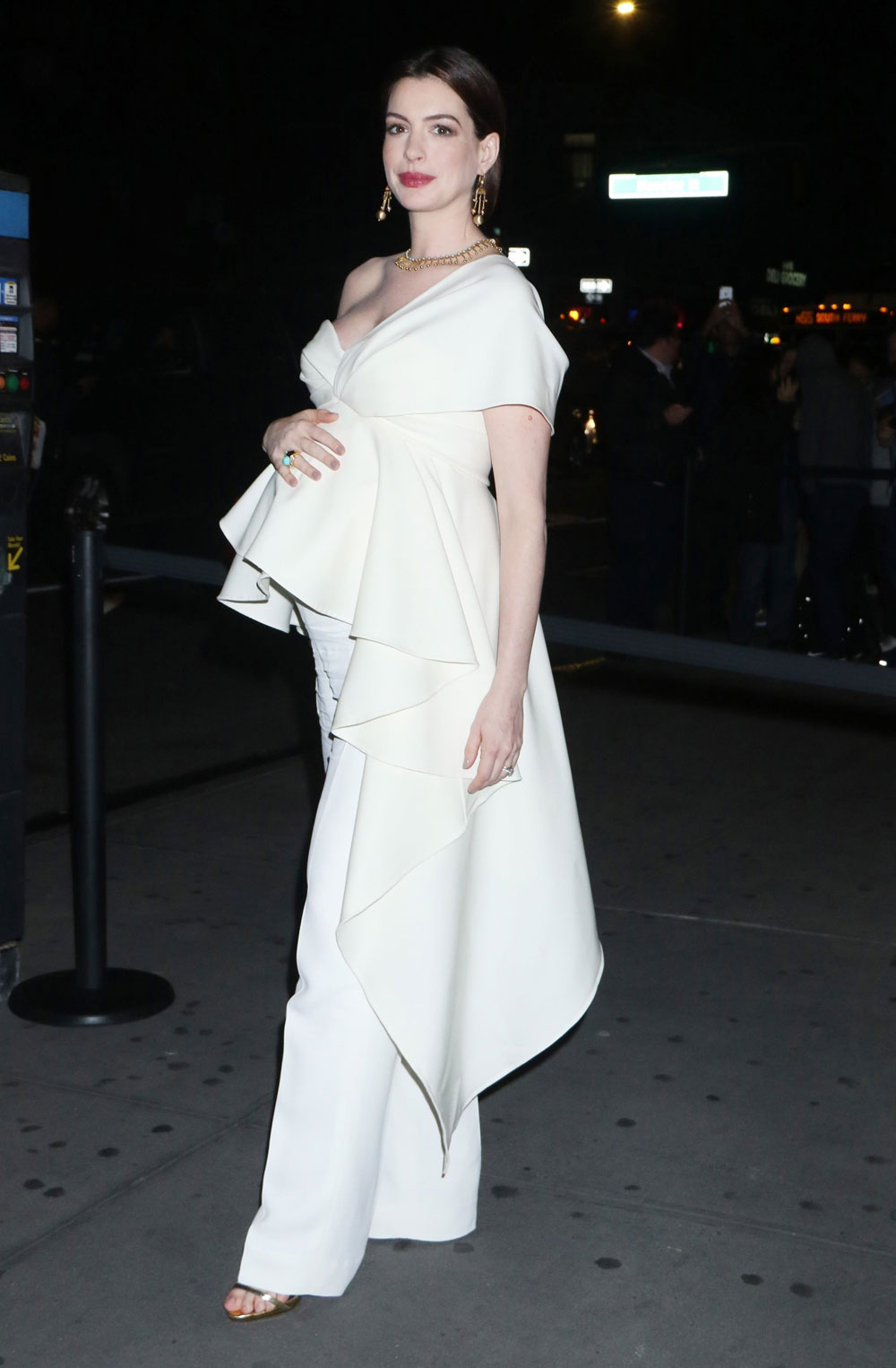 Feeling so much love this birthday week! I want to thank everyone for the flowers and the books and chocolates and cards and crystals and other incredible goodies and most importantly I want to thank God for giving me a good hair day. It was so, so appreciated #37

24 Responses to “Anne Hathaway threw away her nonstick pans: ‘I try not to blame myself’”