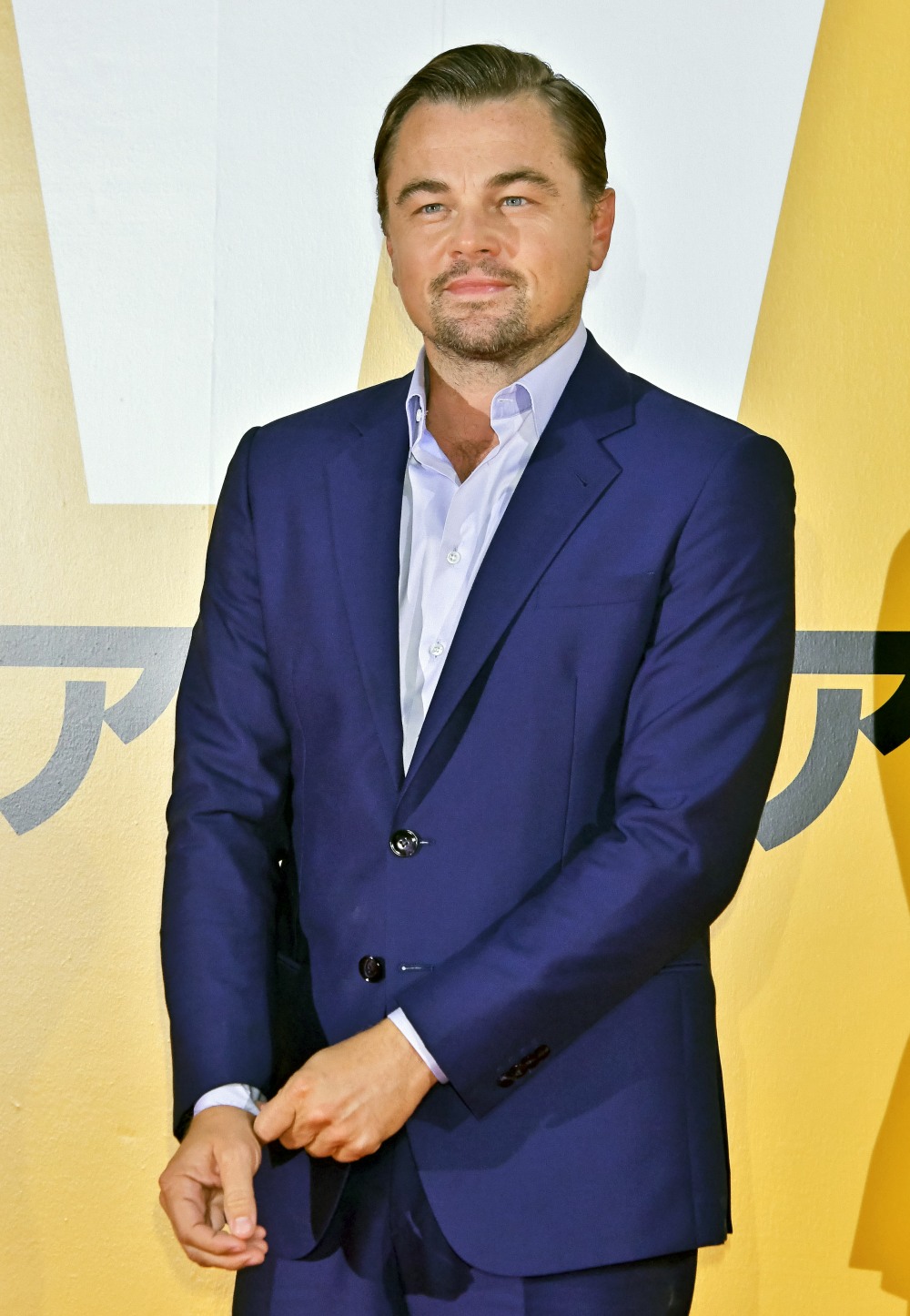 Leonardo DiCaprio has been with Camila Morrone for almost two years. They started dating in early 2018 and she’s gotten comfortable enough, at this point, to speak about their relationship openly in interviews. Which is usually the kiss of death, but who even knows at this point. The thing is, Camila still has several years left before her 25th birthday – Leo started up with her when she was 20, and she’s 22 now. Of course it will be over before her 25th birthday (them’s the rules) but will it be over much sooner than that?

Leo is currently in Miami for Art Basel, one of his favorite events of the year. He goes to Miami for all of the Art Basel events – the art, the parties, the dinners and charity auctions. Tons of celebrities are in Miami right now for Art Basel too. Including… Kendall Jenner and the Hadid sisters. So…

Leo DiCaprio partied until sunrise after hitting Art Basel Miami’s VIP preview. Sources said DiCaprio rolled up to megaclub E11even in an Escalade at around 4:30 a.m. and entered via a private entrance. Inside, the star was joined by A-list pals including Kendall Jenner and Gigi and Bella Hadid. We’re told there were about 50 people at Leo’s table, including art pal Helly Nahmad.

The group was seen sipping E11even vodka and Don Julio 1942 into the wee hours, and DiCaprio made an exit with two guy friends at 6 a.m. Jenner and her crew trickled out a half-hour later. Earlier, she hit the DJ booth at Liv to celebrate her Apple station Zaza World, and was also spotted dining at Swan Miami.

It’s perfectly possible that famous people can party at the same nightclub without partying “together,” just as it’s possible that Kendall and the Hadids hang out with Leo and there’s nothing happening. Out of those three women – Kendall, Gigi and Bella – I would think that Leo would be more into the Hadid sisters. They both seem like his type. Bella’s back with The Weeknd though, but I think Gigi is single? And Kendall always seems to be dating basketball players, so blah, I don’t know. Maybe it was nothing. Or maybe Leo is on the hunt for a new model.

Here are some photos of Kendall and Bella in Miami this week. 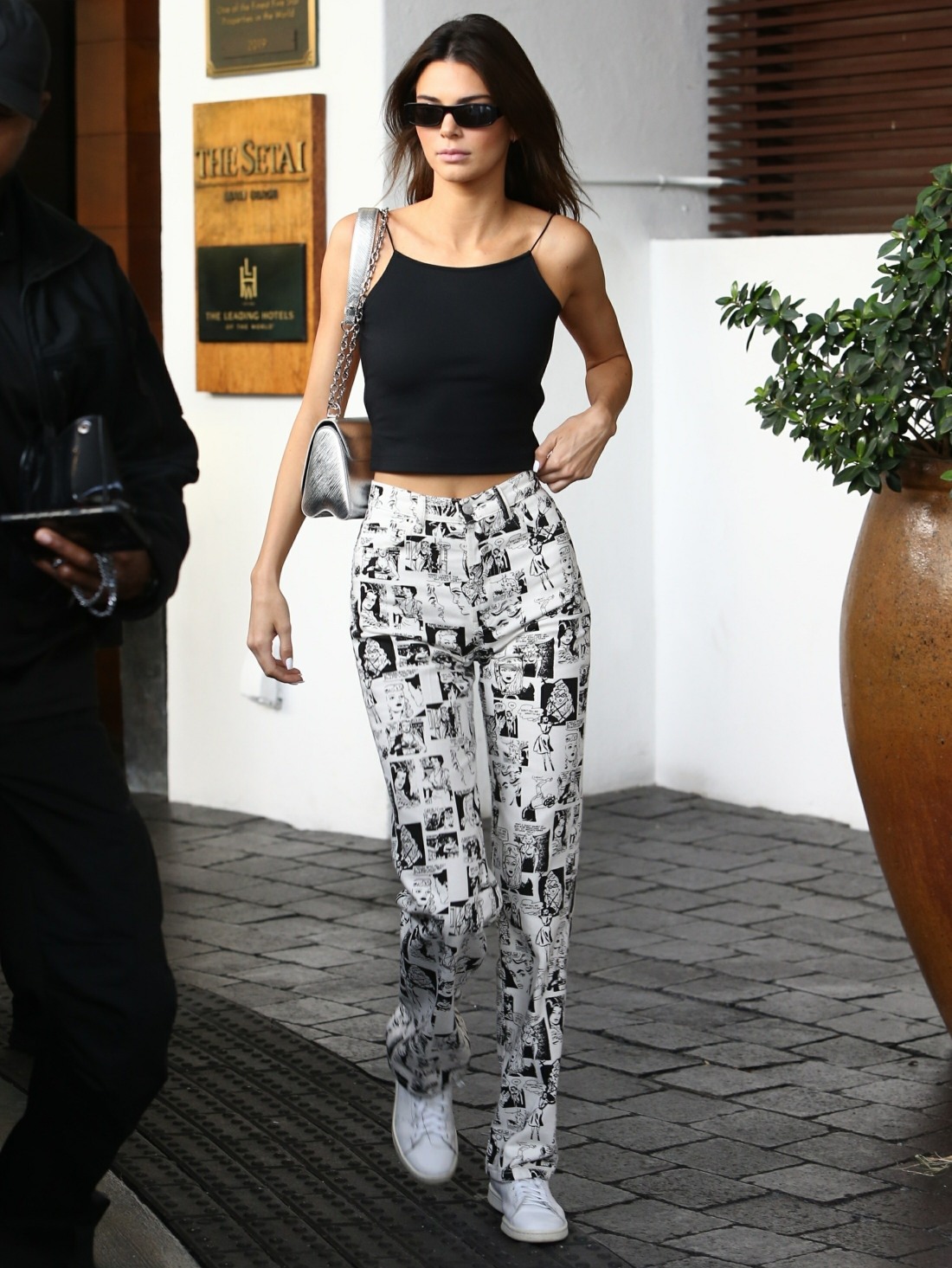 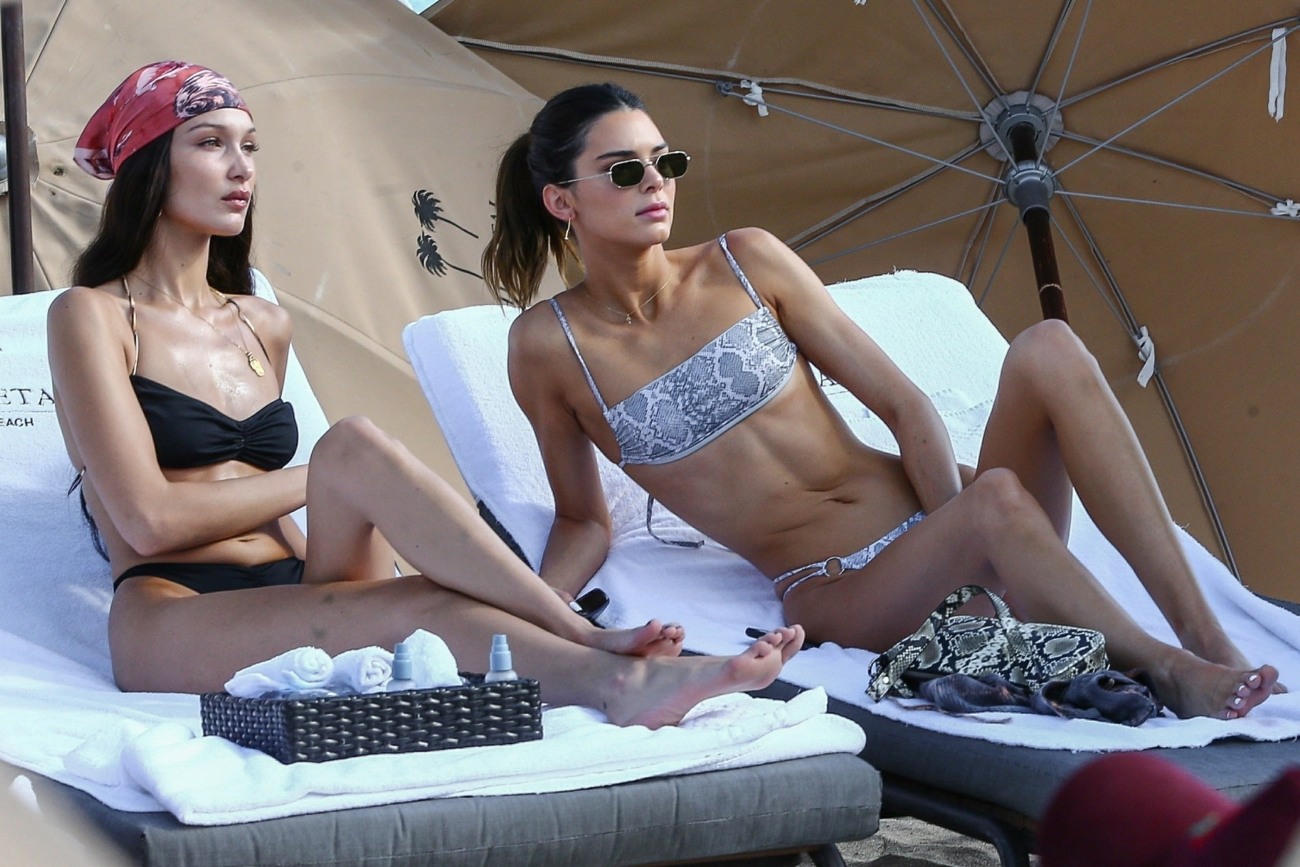