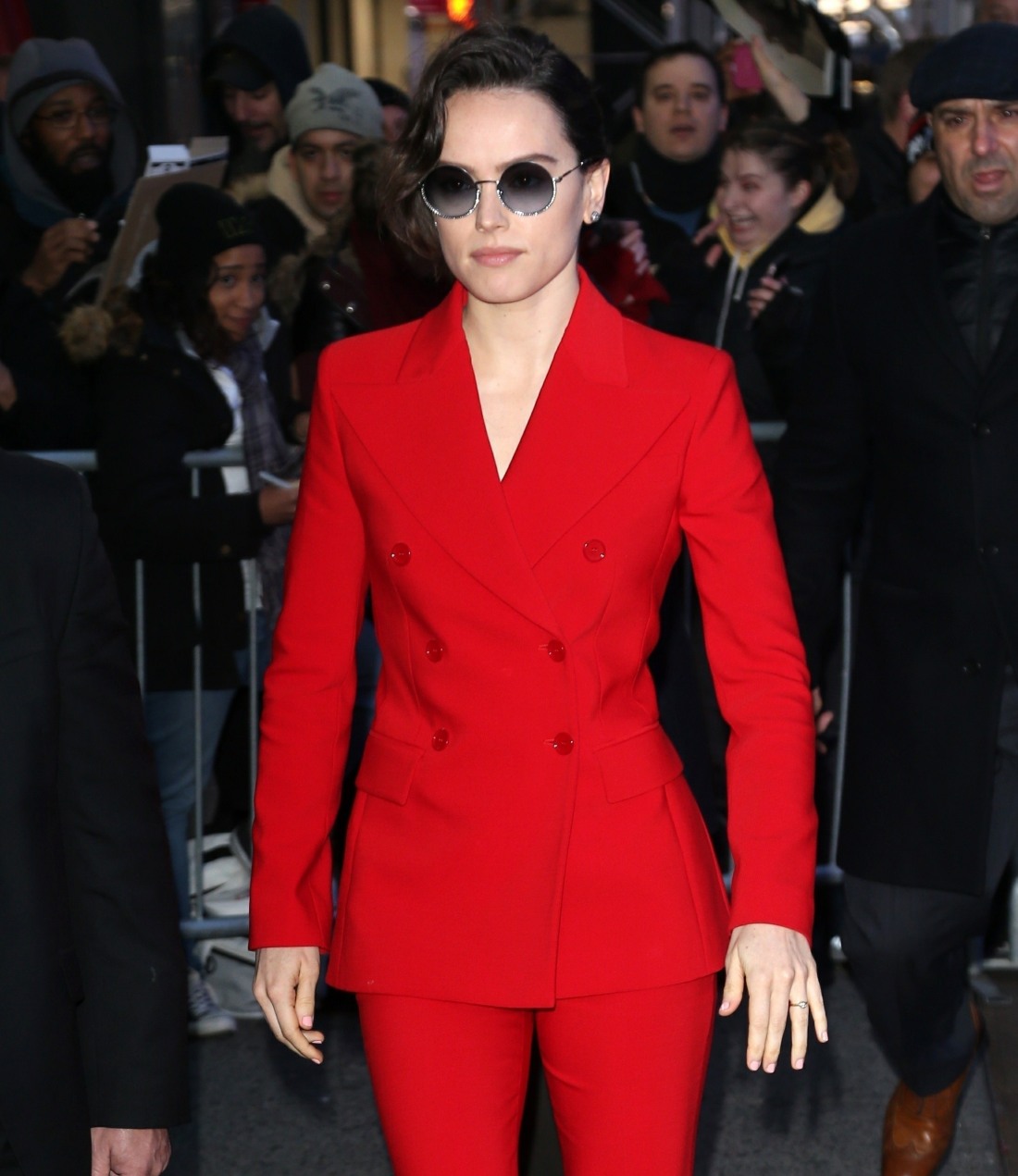 Conversations about class and privilege seem especially fraught these days. Here in America, there are a lot of wealthy white people who like to pretend that they got where they are because of hard work alone, and that white privilege played no part in their lives. It happens with celebrities, and it happens with voting blocs as well – I’m always shocked when I see the demographic breakdown of Trump supporters, and how many of them are wealthy white people with chips on their shoulders about their own f–king privilege, not that they would admit that. Anyway, America doesn’t have the franchise on fraught conversations about privilege, class, wealth and race. British peeps also have those same awkward conversations, and it’s always a treat when some posh private school actor suddenly thinks he’s working class. I didn’t expect the conversation to happen in the midst of the Star Wars promotion though. Daisy Ridley gave an interview to the Guardian, and the Guardian journo brought up Daisy’s privileged background in the middle of the interview and Daisy… reacted poorly. Here’s that section:

I ask if she thinks it has been easier to be confident and navigate her celebrity because of the privilege in her life – of boarding school, her upbringing and so on? Ridley is suddenly incredulous. “The privilege I have – how? No, genuinely, how?”

Well, I say, in terms of wealth, class, education – that kind of privilege, in knowing how to decode the rules in certain spaces. As a caveat, I add that both of us have privilege, and it’s not a criticism; I was simply curious to know what she thought. Things take an awkward turn.

“Well no, because, no… ” There is a very long and tense pause, before she insists that, actually, there is little difference between her experience and that of her co-star John Boyega, who grew up in south London to British Nigerian immigrant parents. “John grew up on a council estate in Peckham and I think me and him are similar enough that… no.” I don’t point out that members of Ridley’s family were establishment figures (her grandfather, John Ridley OBE, was head of engineering at the BBC from 1950 to 1965; his brother was the Dad’s Army actor and playwright Arthur Ridley), while Boyega had to apply for a hardship fund to join Theatre Peckham.

“Also,” she adds, “I went to a boarding school for performing arts, which was different.” (Her publicist later calls to clarify that Ridley won a scholarship.)

But surely nine years of private education gave her some additional confidence?

“No.” Ridley leans on her elbow while twirling a small knot in her hair. “No. I think, also, it has taken me a little while to be OK with it. I was always fairly confident, and I think that comes from being part of a big family who are all quite chatty.”

It’s an unexpectedly defensive detour, as if the mere mention of privilege is an attempt to diminish Ridley’s hard work or talent. I try to change the subject but get the distinct feeling that her publicist, sitting behind me in Ridley’s eyeline, has made some sort of silent intervention. “I’m not saying what you’re saying is wrong,” Ridley adds. “I’ve just never been asked that before, so I’m like, oh. I don’t think so.” We move on.

I think the Guardian journo made the right observation there, “as if the mere mention of privilege is an attempt to diminish Ridley’s hard work or talent.” Daisy took the mention of her family background/systemic white privilege as a personal affront. If she was 18 or 19 years old, I would say that she probably never had to answer a blunt question about her class or race privilege and she reacted poorly, but maybe it’s a teachable moment. But… Daisy is 27 years old. She’s been part of the Star Wars franchise for five years. She’s lived in the world and she’s a well-educated young woman. She knows better. Of course she works hard. Of course she studied in school and she continues to study and prepare and train for her work. But of course… her background, private education and yes, her race, all played a part in getting her through a lot of doors throughout her life. And I can’t believe she honestly thinks her experiences as a middle-class, well-educated white woman were basically the same as John Boyega’s experiences. My God. 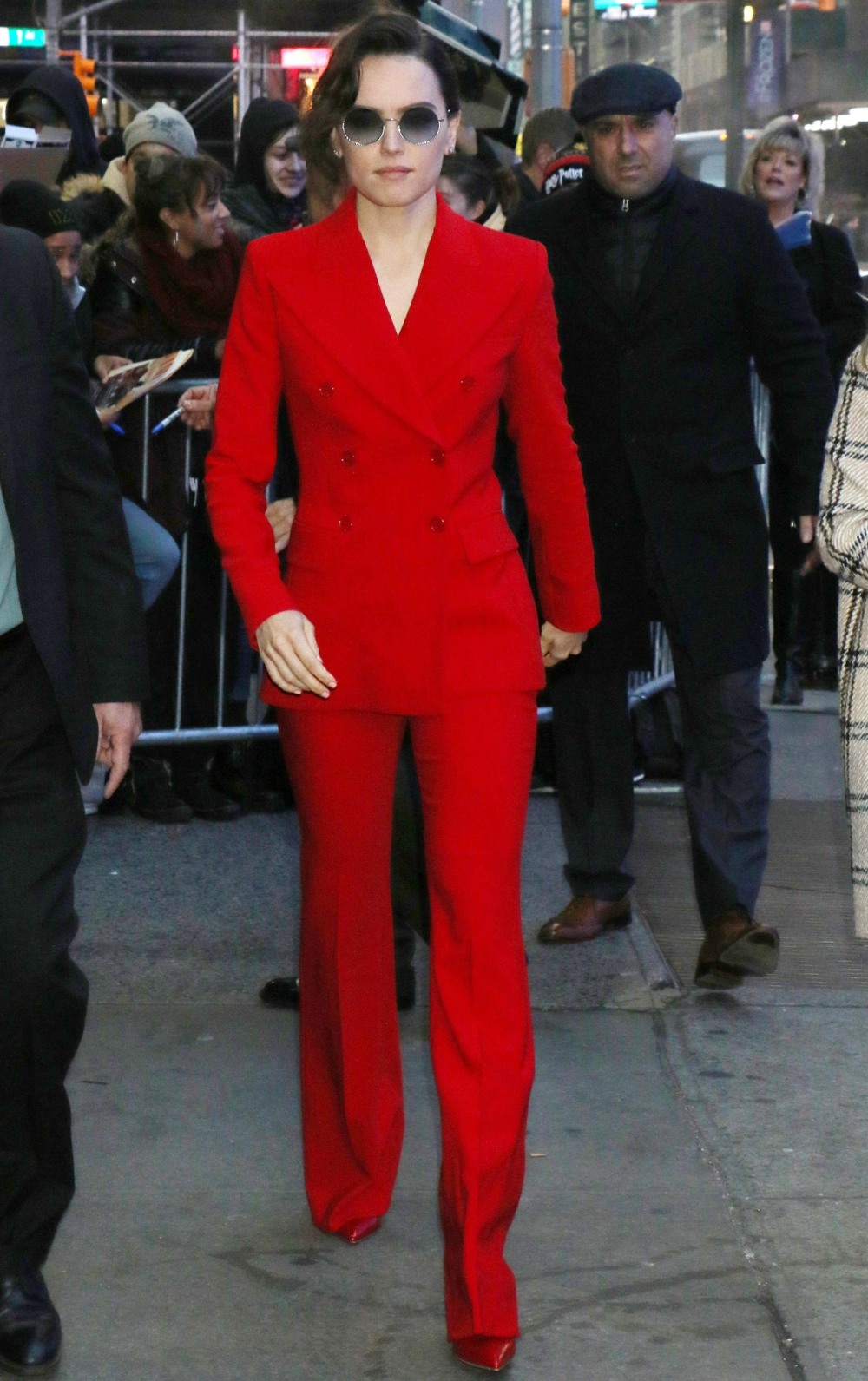