Hilary Duff: The second someone tells me ‘You can’t have wine,’ I want all the wine 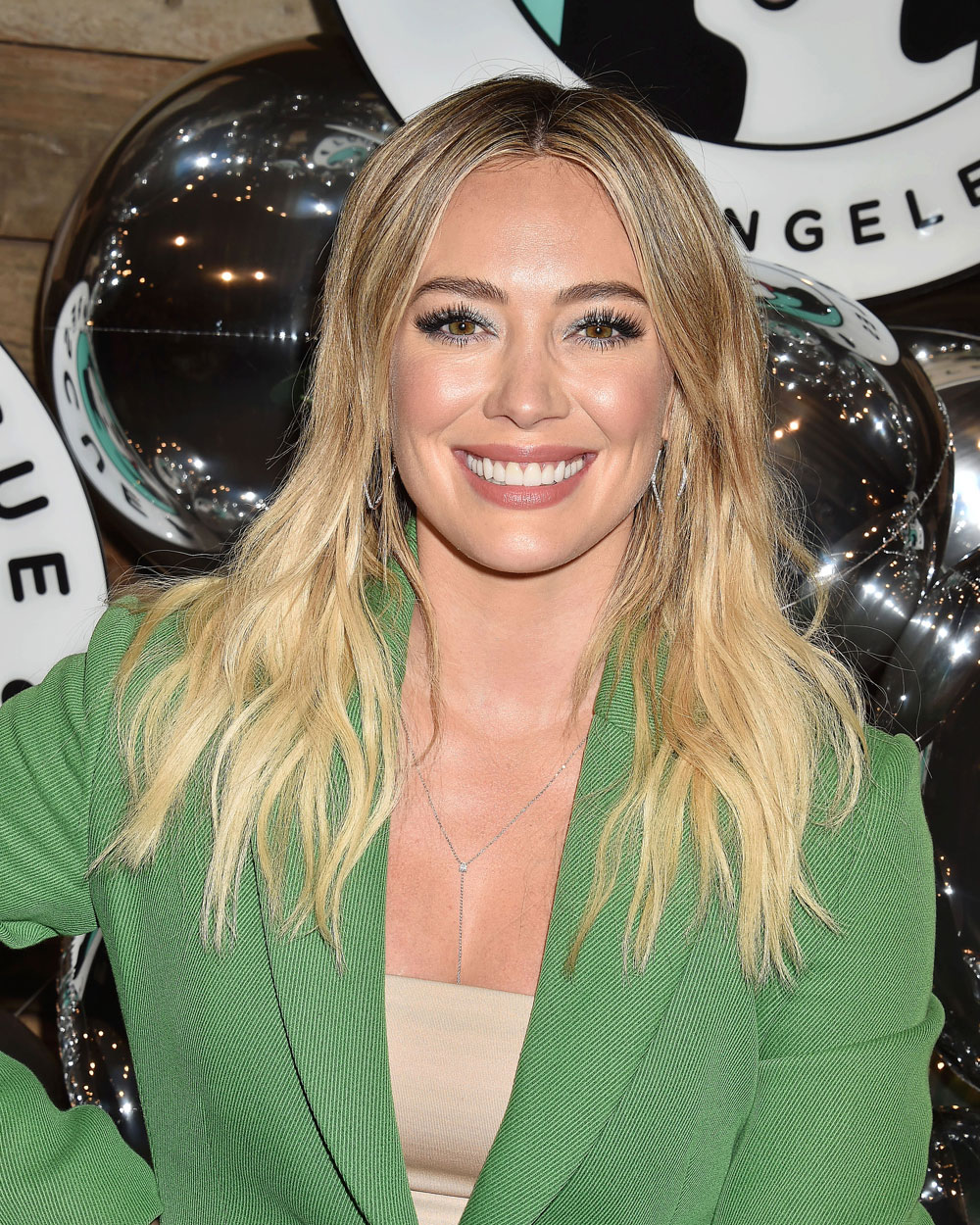 Hilary Duff has a new profile in Women’s Health and I’m sorry to Hecate for covering it! She usually covers Hilary, plus I know she would have something to say about Hilary loving wine. Hilary has been lifting weights recently and so she talked about how much she enjoys that and how it makes her lean, not bulky. She’s also been counting macros with the help of a dietician and that has helped her to lose weight without feeling deprived. I love talking about workouts and dieting hence me covering this story.

Hilary Duff used to avoid heavy lifting in the gym—but these days, the Younger and Lizzie McGuire star is changing her tune. The 32-year-old mom of Luca, 7, and Banks, 13 months says she swears by bodybuilding workouts after giving birth to her daughter with fiancé Matthew Koma in 2018.

But Hilary says she now sees the error of her ways: “I’m lifting and squatting and using a barbell with lots of weight on it, and I’ve never felt so strong but lean,” she says.

In fact, the actress no longer does cardio workouts, noting that they tend to make her tired and hungry. Plus, now that she’s chasing around two kids under the age of eight, she doesn’t have much time to waste. “This is such a different, more efficient way of working out,” she adds.

Another game-changer in her health and fitness regimen has been working with a flexible dieting coach. Her coach customizes a weekly menu for her based on the things she normally likes to have (wine and chocolate-covered almonds are just two of her faves). “He basically counts your macros for you—and it’s been amazing because it’s basically like a mathematical equation that I just follow, and it’s been really successful for me,” Hilary says.

She’s seen solid results just by being more mindful about what she’s eating and when. Before working with the coach and evaluating her daily intake of carbs and healthy fats, “I had no idea how much I was eating throughout the day, snacking,” she says. “I lost 10 pounds and I was not starving myself, and just eating things that I like and being more conscious.”

Hilary says her new eating habits and workout routine work for her because nothing is off-limits. “I’m the first person to be like, ‘I hate when you tell me what to do.’ The second someone tells me ‘You can’t have wine,’ I’m like, ‘I want all the wine,’” she says. “It’s been cool to retrain my mind and figure out that this works. I can eat normally and live normally and enjoy food, but still get the results I’m looking for.”

I don’t drink anymore, but I’m like this with sugar and sweets. I wouldn’t want to be in a world where I couldn’t eat sugar, but in reality I should probably cut way back for my health. Plus I can get super grumpy when my blood sugar drops. I’ve never counted macros but due to my sugar and carb addiction I probably should. Like Hilary I’ve been lifting weight lately, although I still do a lot of cardio because I love it. Building muscle has made me more hungry and I’ve gained a little weight, but it hasn’t made my clothes fit tighter or anything. This reminds me that Hilary used to date her personal trainer, a guy named Jason Walsh who owns the Rise Nation gyms. (He trains a lot of celebrities because I’ve also seen him in YouTube videos explaining how he got celebrities fit for movies.) He and Hilary broke up at the end of 2016, which makes me wonder if she had to find a new gym/trainer after that. She had a rebound relationship with Matthew Koma, they moved to New York, got engaged and had a baby with him. I just watched her Instagram stories and she has a video where she’s putting Zicam up her fiance’s nose. It was so gross but she’s an oversharer like that. 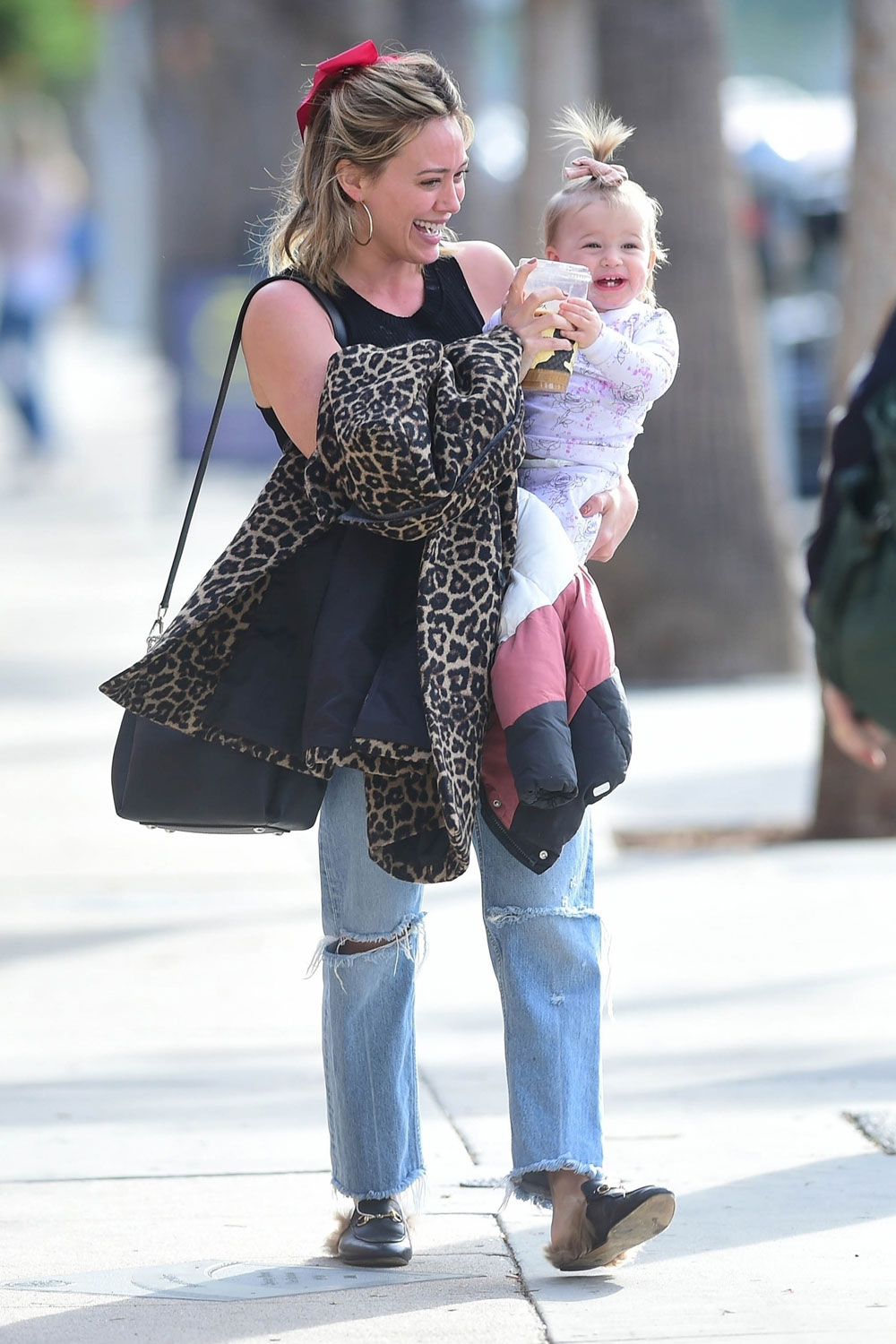 Hilary sure gets papped a lot for her level of fame. 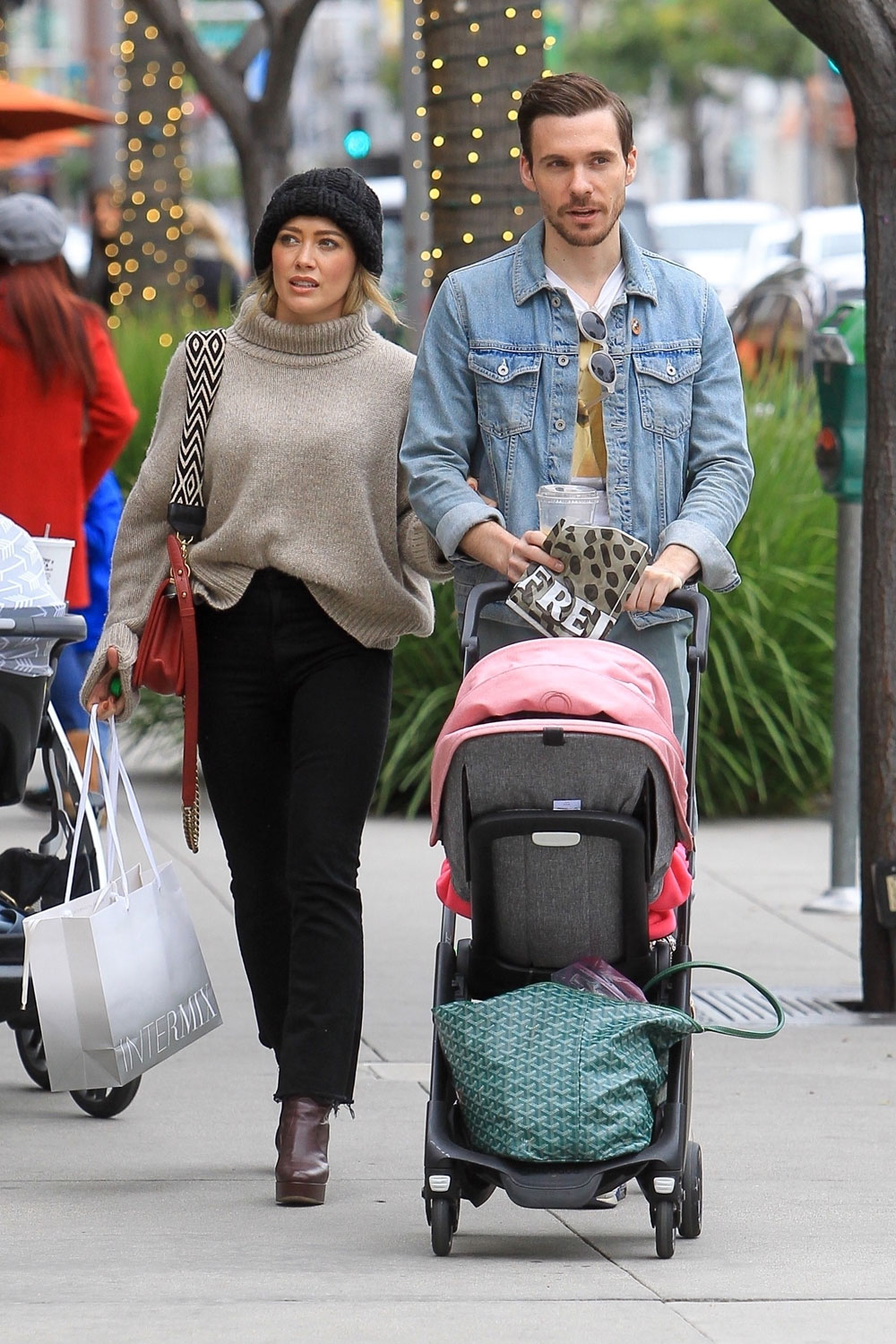 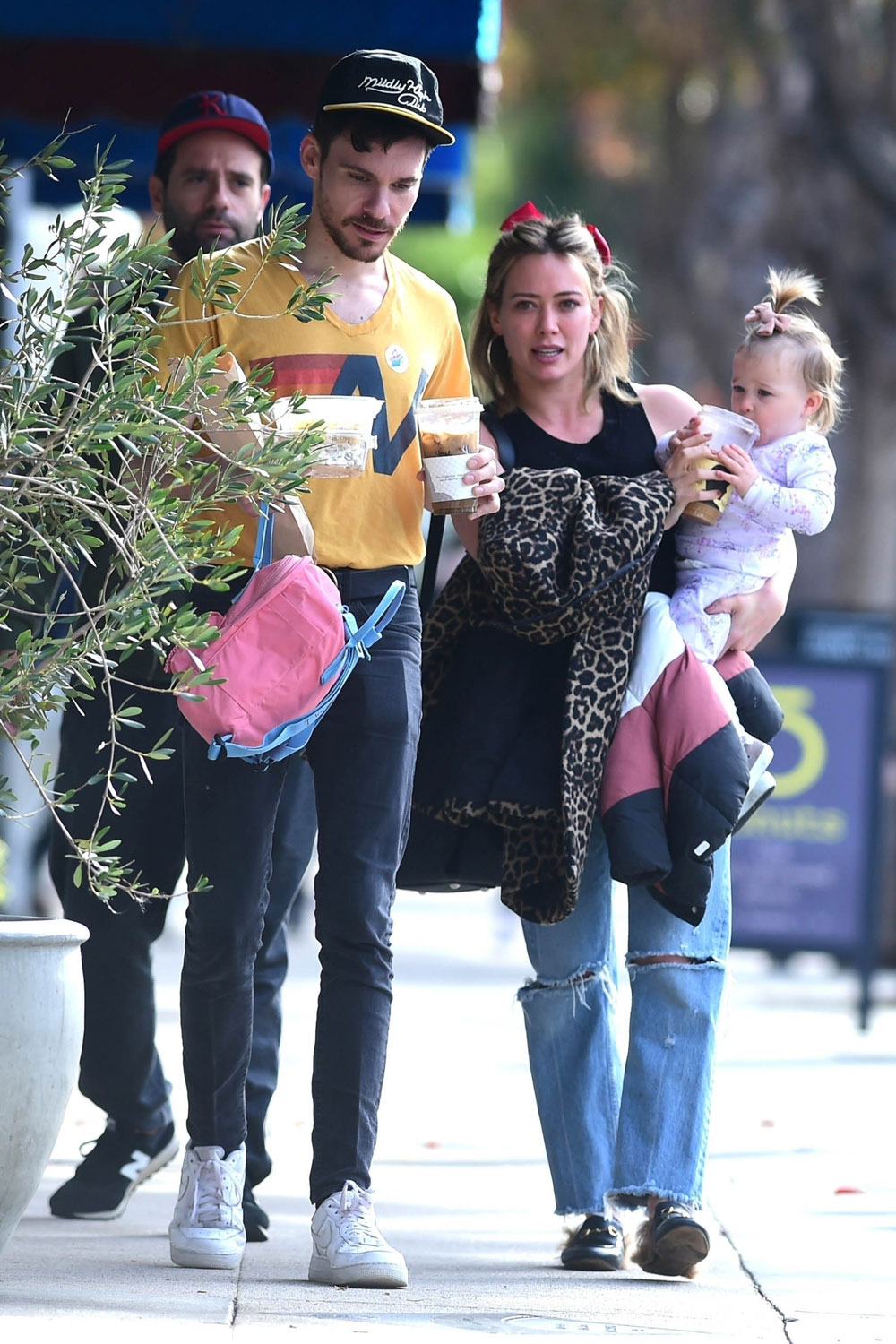 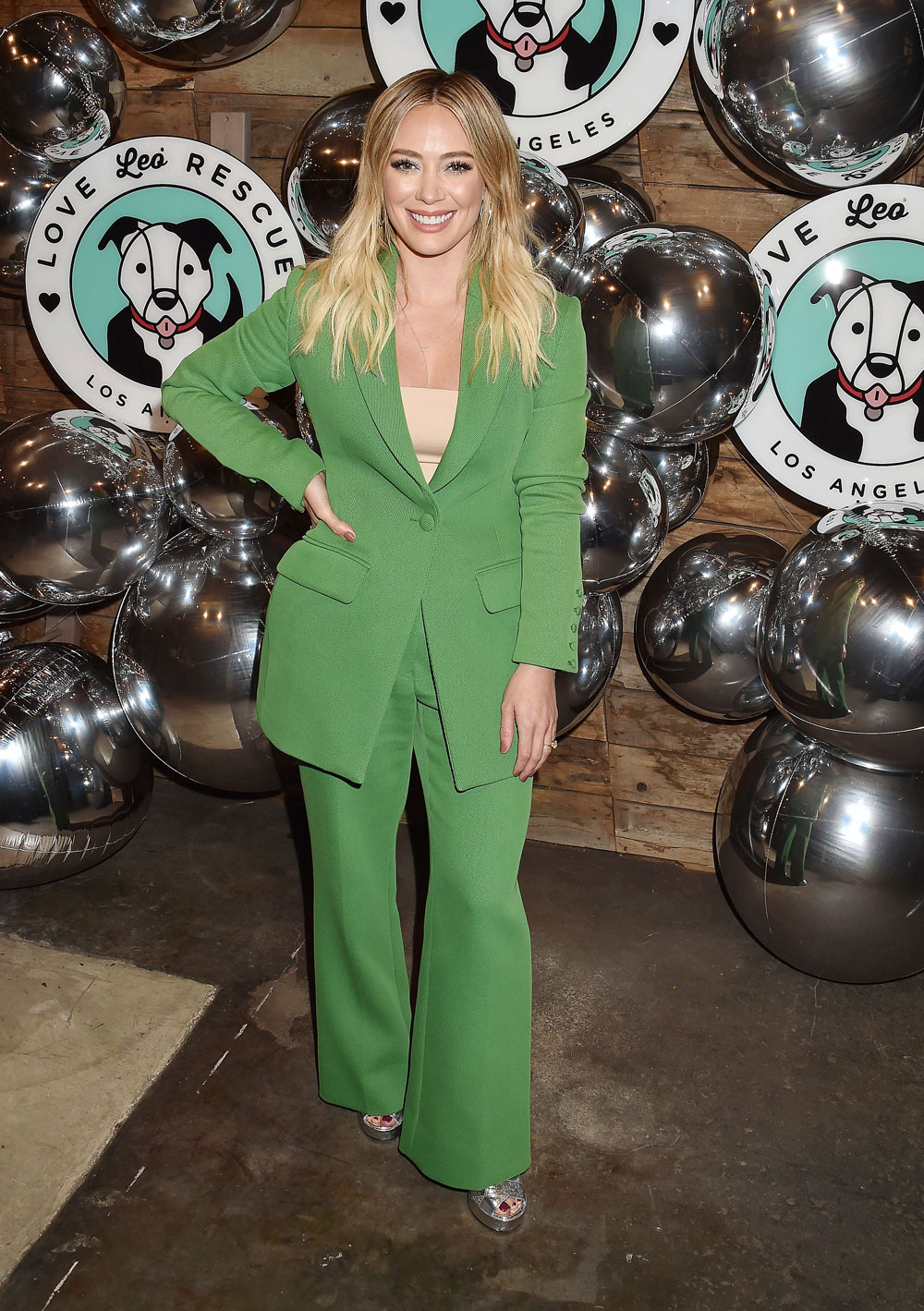 6 Responses to “Hilary Duff: The second someone tells me ‘You can’t have wine,’ I want all the wine”