Salma Hayek: Application of a product is just as important as the product 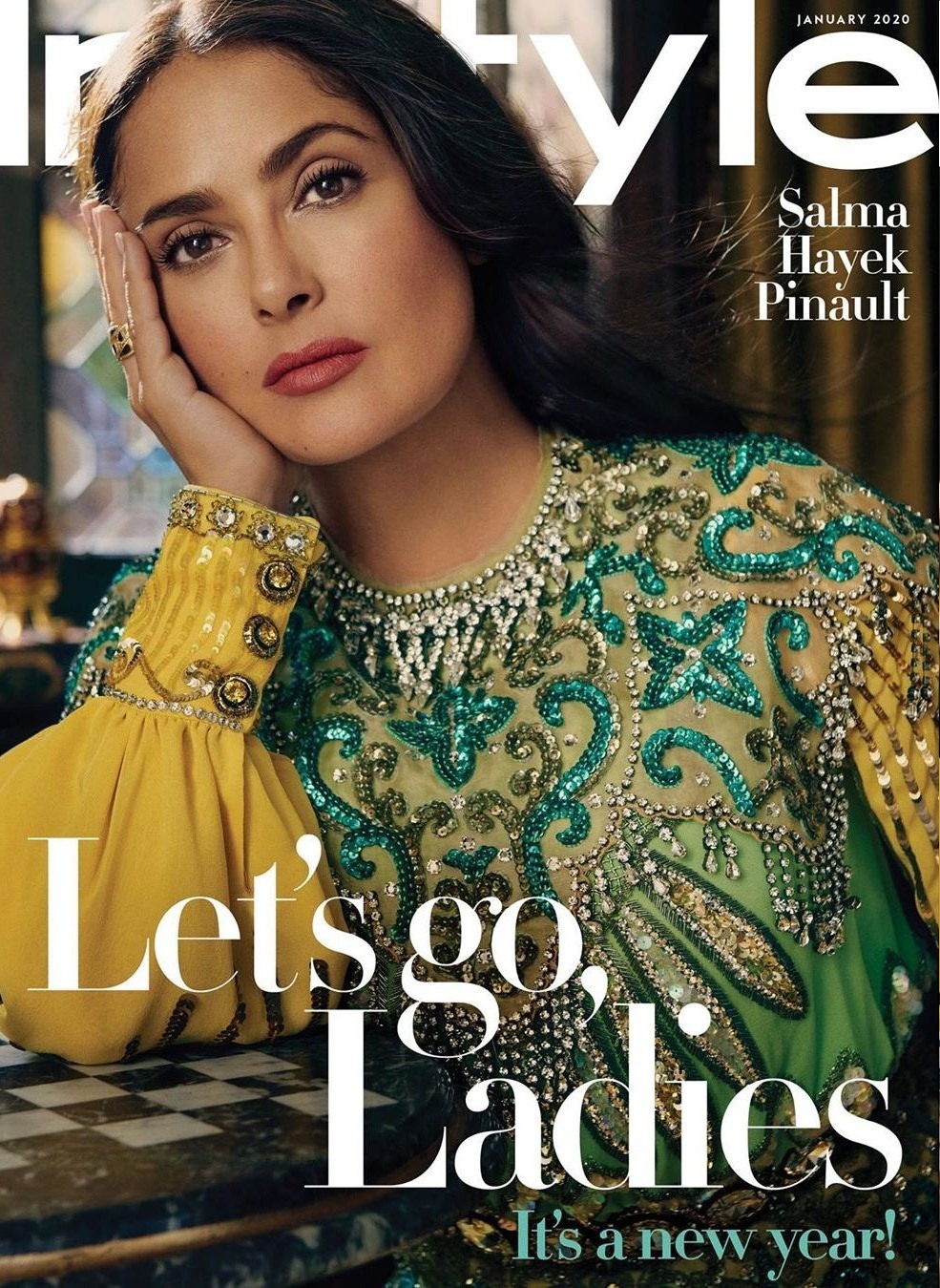 Salma Hayek covers the January issue of InStyle – she has one solo cover, and one cover with her Like A Boss costars, Tiffany Haddish and Rose Byrne. Salma plays the maniacal beauty company CEO which buys out Tiffany and Rose’s tiny little beauty label. Shenanigans ensue, and Salma is supposed to be playing it over-the-top for comedic effect. Interestingly enough, she worked with director Miquel Arteta before, on Beatriz at Dinner, which is an absolutely bonkers art film. Now they’re working together on a studio comedy. Crazy world. Even though Salma isn’t my favorite person, I’ve always thought she was an underrated comedienne – she was really good on 30 Rock, and she seems to have had fun with this spoof of a beauty company CEO (much like Michelle Williams did in I Feel Pretty). Salma wants us to know that she also thinks deep thoughts about beauty and aging and a lot more. You can see InStyle’s cover package here.

She signed onto the film without reading the script: “I’ve never really done a girls’ film. And I’ve always wanted to. The three of us were very different from each other, and that makes for a richer experience. I just fell in love with them.”

She wanted her CEO to look crazy & fake: “First, I wanted to do Botox and inject my lips, which I’ve never done,” she says. But her back-to-back shooting schedule prohibited Botox because it can’t be reversed. Fillers, however, she could experiment with. There was only one issue: She hates needles. “My friend [dermatologist] Dr. [Maurice] Dray said, ‘I don’t know if you’re going to be happy because it’s going to hurt super bad.’ I said, ‘Well, let’s give it a try.’ He put the first needle in my mouth, and I immediately said, ‘No! Forget it! I’m done!’ So instead it became, ‘How do I make it look like I have lip injections?’ And we got these huge teeth. When you saw the film, did you notice I had fake teeth?”

Her failed beauty line, Nuance Beauty: “My goal and my dream with Nuance was to make the very best skin care for the least amount of money. They were magnificent products. I just wanted everyone to be able to have the best — my socialist idea of beauty.”

What she learned about the beauty industry: “There were so many things about human psychology I learned. Our obsession with beauty and our image has so much to do with where our heads are at emotionally, spiritually, and psychologically.”

Aging gracefully. “My mother always demonstrated the importance of aging gracefully. I never saw her or my grandmother being afraid of getting old. And so I don’t have that fear.” Her grandmother, a cosmetologist, also passed on some key beauty secrets. Here’s one for skin care: “She used to say 50 percent is the product, 50 percent is the way you apply it — so massage, massage, massage.”

Commenters on this site educate me so often on these sort of things, so riddle me this: IS 50% of skincare about the application of the product? I ask that because I don’t really massage my face and I’ve always thought that facial massages-as-skincare were sort of bulls–t. I mean… I don’t think facial massages are bad or anything. But my thought was always that they were just neutral, like “massage your face with a quartz” sort of “harmless, expensive, Goopy” thing. Yes, I basically apply my night cream and moisturizer very simply and very quickly – my objective is coverage, not massage. Perhaps I’m doing it wrong. Wouldn’t be the first time.

As for what she says about aging gracefully and hating needles and never Botoxing… I mean, I believe her to a certain extent, and to her credit, she doesn’t look Botoxed or anything. And yet… I feel like she has been subtly tweaked over the years. Is that just my imagination? 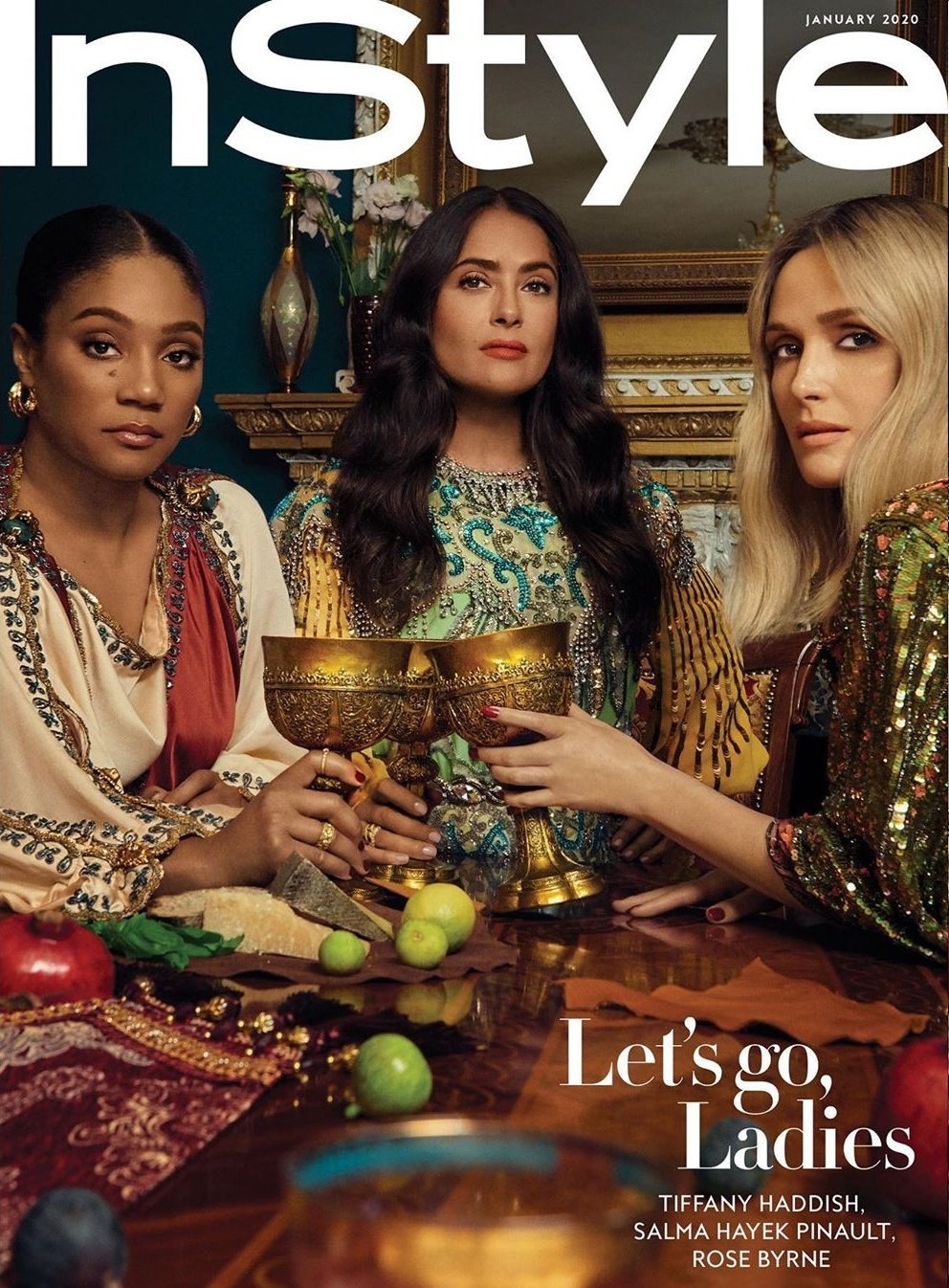 37 Responses to “Salma Hayek: Application of a product is just as important as the product”