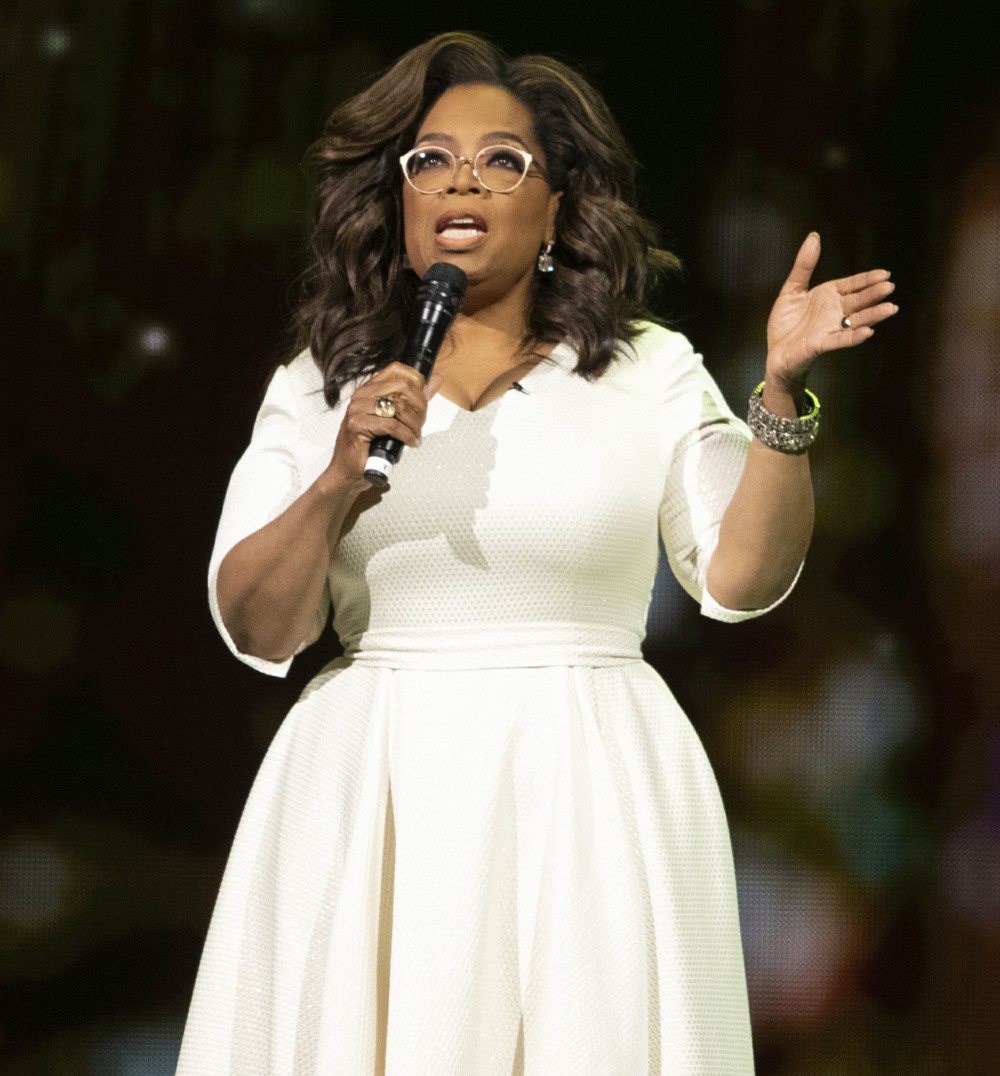 Oprah made a lot of headlines earlier this year when she publicly took the side of Michael Jackson’s victims. It became a thing, especially in the African-American community, that even Oprah believed that Michael Jackson was a pedophile. She backed up R. Kelly’s victims this year too. Oprah also used her power – and the power of her name – to say Time’s Up on all of these other predators out there, hiding in plain sight. That includes Russell Simmons, who has been accused of raping and assaulting many women over the years. Simmons was outed as a serial predator during the whole Me Too explosion of survivors telling their stories. And I believed every single story about Simmons. It sounds like Oprah believed the stories too, because she’s producing a documentary about sexual assault in the music industry, and the doc is giving air time to at least one of Russell Simmons’ victims. And for that… 50 Cent has some feelings.

Media mogul Oprah Winfrey’s forthcoming #MeToo documentary is already sparking controversy. Hip-hop artist 50 Cent took to Instagram on Thursday, writing, “I don’t understand why Oprah is going after black men,” along with a photo of Winfrey and Russell Simmons — the latter of whom was accused of sexual misconduct in 2017. Simmons, a 62-year-old music mogul, has denied the allegations.

“No Harvey Weinstein, No Epstein, just Micheal [sic] jackson and Russell Simmons this s - - t is sad,” writes 50 Cent. Winfrey and Impact Partners have joined forces with filmmakers Kirby Dick and Amy Ziering for a documentary, set to air on Apple TV+ in 2020, about sexual assault in the music industry. It features Drew Dixon, one of several women to allege Simmons hurt her.

In a separate Instagram post, also uploaded Thursday, 50 Cent shared a composite image of six men: Bill Cosby, R. Kelly, Weinstein, Jeffrey Epstein, Kevin Spacey and President Donald Trump. The first two men have the word “JAIL” written under their faces, while “WALK” is placed under the others, all of whom are white. “You think Oprah don’t notice how this s - - t is playing out?” 50 Cent writes.

Simmons also took to Instagram to share his own thoughts. “Dearest OPRAH, you have been a shining light to my family and my community,” he begins the lengthy post, which he shared Friday morning. “It’s so troubling that you choose to single me out in your recent documentry [sic]. I have already admitted to being a playboy (more appropriately titled today ‘womanizer’) sleeping with and putting myself in more compromising situations than almost any man I know … So many that some could reinterpret or reimagine a different recollection of the same experiences.”

He adds that he’s passed “nine 3-hour lie-detector tests,” and the “stories are UNUSABLE… I am guilty of exploiting, supporting and making the soundtrack for a grossly unequal society, but I have never been violent or forced myself on anyone,” he writes. “Still I am here to help support a necessary shift in power and consciousness.”

A rep for Oprah didn’t immediately respond to The Post’s request seeking comment.

Lord, these men coming for Oprah better sleep with one eye open. The fact is, Oprah is one of the few people who could really do this with any kind of credibility. When people see that OPRAH is backing up these survivors, maybe they’ll listen to the women’s stories. Maybe the women will be more likely to be believed. My take isn’t that Oprah is targeting black men – or even predators who happen to be black – it’s that she’s focused on the victims, some of whom are women of color. Anyway, all this proves is that Russell Simmons and 50 Cent are worried and afraid.

I just want to know why she is only going after her own. When it’s clear the penalties have been far more extreme for African American men. #lecheminduroi #bransoncognac #starzgettheapp #abcforlife