Adam Sandler wants someone to write a new Hanukkah song 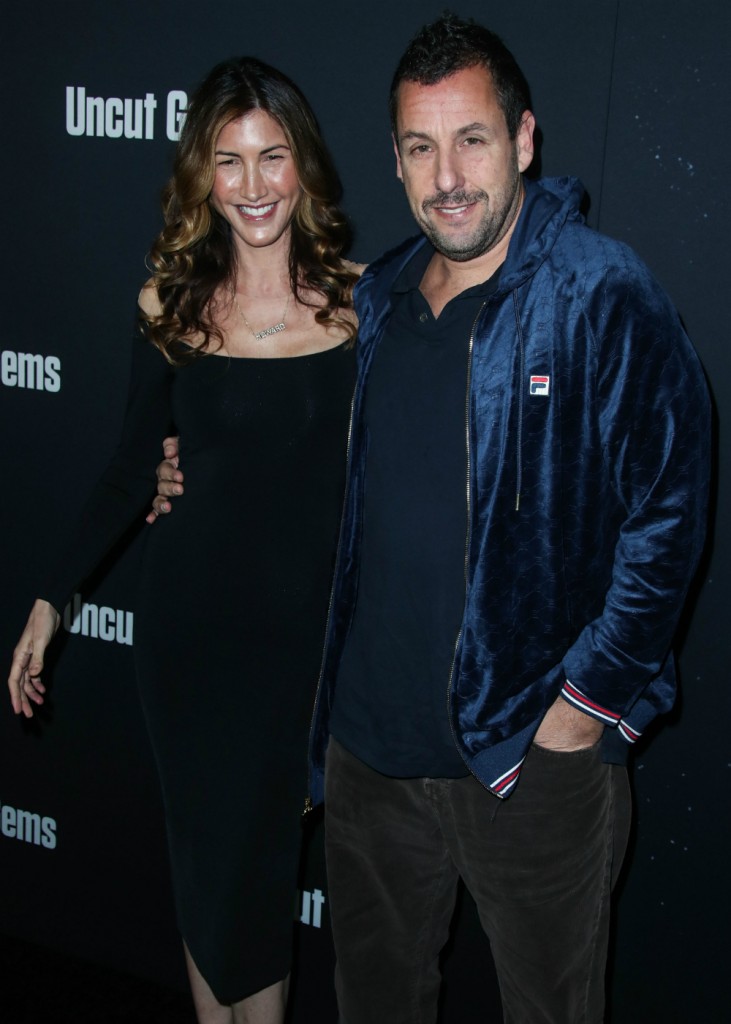 Adam Sandler is getting great reviews and award recognition for his role in the film, Uncut Gems. Like, Punch Drunk Love-level accolades. Since he’s getting the attention of award voters, Adam is actually doing press for this film, not something he puts that much effort into, normally. He appeared on Ellen DeGeneres’ talk show the other day and while there, Ellen mentioned that we were at the 25th Anniversary of The Hanukkah Song, which he wrote while he was a cast member on Saturday Night Live. In honor of the anniversary, Adam made a plea for someone else to write some Hanukkah tunes to fill out the holiday’s musical library.

On Monday’s episode of The Ellen DeGeneres Show, the Uncut Gems actor, who famously performed “The Hanukkah Song” back in 1994 on Saturday Night Live, begged fellow Jewish entertainers to come up with a new song.

“Twenty-five years old, that’s a long time for one song,” he told host Ellen DeGeneres after acknowledging its legacy. “If there are any other Jewish people out there who want to write a new one, that’d be great. I’d love to share the Hanukkah spirit with you.”

Always one step ahead, Ellen suggested that the Murder Mystery star write a new version of the song to celebrate its 25th anniversary.

Adam isn’t the only Sandler that loves to spread Hanukkah cheer with a song. Back in October, his daughters Sadie, 13, and Sunny, 11, performed a Hanukkah-themed cover of Taylor Swift’s “Lover” with their famous dad.

The trio took the stage at Malibu’s Rock4EB!’s charity event, which benefits the rare disease Epidermolysis Bullosa, The EBMRF and EBRP, and treated the audience to their version of the hit song.

“We could leave the Hanukkah lights up ‘til January,” Sunny and Sadie sang before receiving a standing ovation. “This is our place, we make the rules.”

“They’re very good,” he gushed. “They’re good singers and we were doing a benefit for EB. A good friend of ours’ son Brandon—he’s the nicest kid—and he battles with EB and they do this great benefit in Malibu every year and I got to sing at it. And I said, ‘Hey, why don’t you play…sing ‘Lover’ and they got on stage and sang.”

I’m a big fan of The Hanukkah Song and because I only hear it during the holidays, I never get tired of it. Still, Adam’s right, we could definitely stand to have more Hanukkah music out there. I hope someone accepts his challenge but if not, it sounds like his daughters will truly become his heirs apparent in mainstream, festive Hanukkah music.

I have posted the clip below. Adam is such a quandary for me. I don’t usually like his comedy films, but I do like his interviews and I think he is a very talented performer. His wife Jackie was in Ellen’s audience and Jackie never does press with Adam (so maybe it’s an awards grab thing because clearly Jackie is mic’d). Later in the interview, Adam talked about how Jackie talked him into taking this Uncut Gems role. He’d asked her to read the script because, “we do this together, me and Jackie, we…discuss what I’m gonna do and she gives me strength and courage to jump into this stuff.” He always sounds like a loving and respectful partner and engaged dad. So is he this guy – the talented, loving family guy who comes across so humble in interviews and performs moving tributes to his friends on live TV? Or is he the punk who got fired from SNL and issues audition notes to women about how tight their clothing should be? I’d like to think he’s matured… but that last story happened only four years ago. 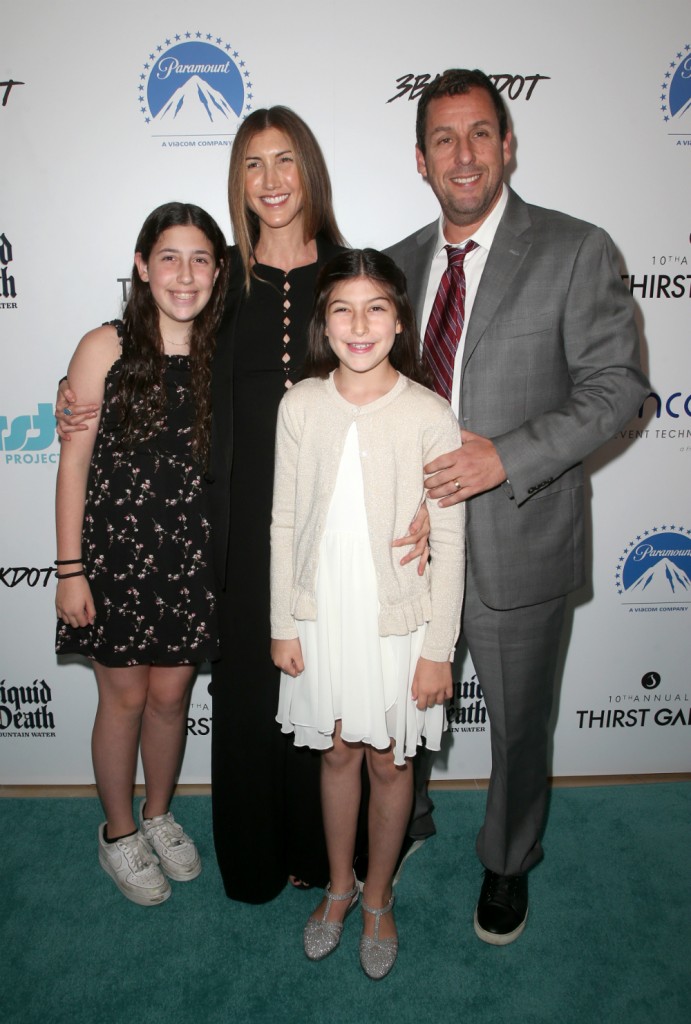 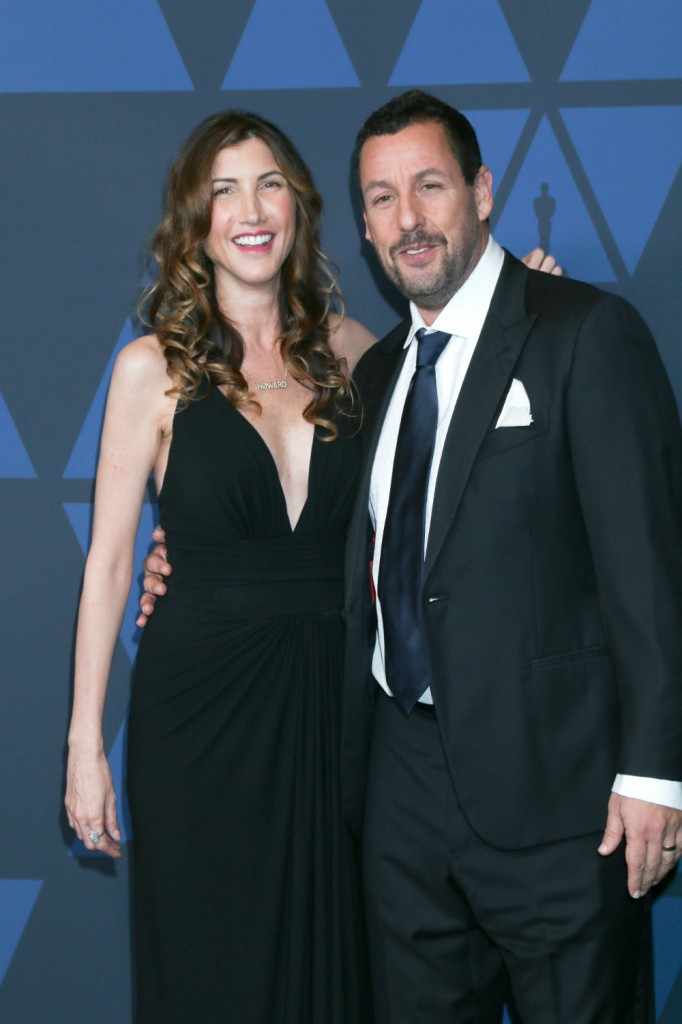 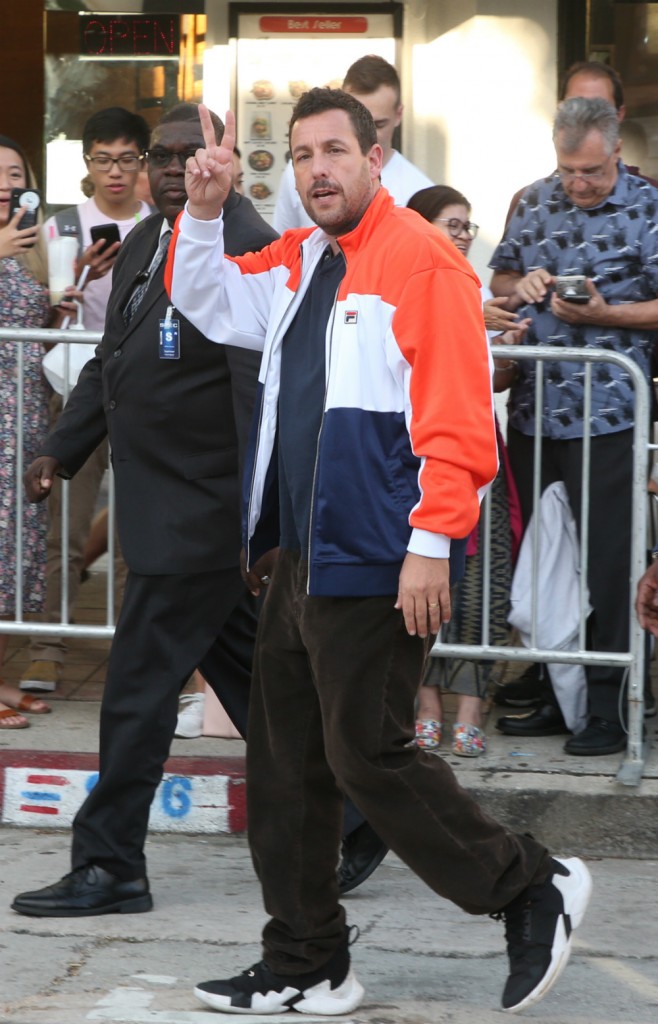