Charlize Theron: ‘I don’t have a desire to protect’ the director who harassed me 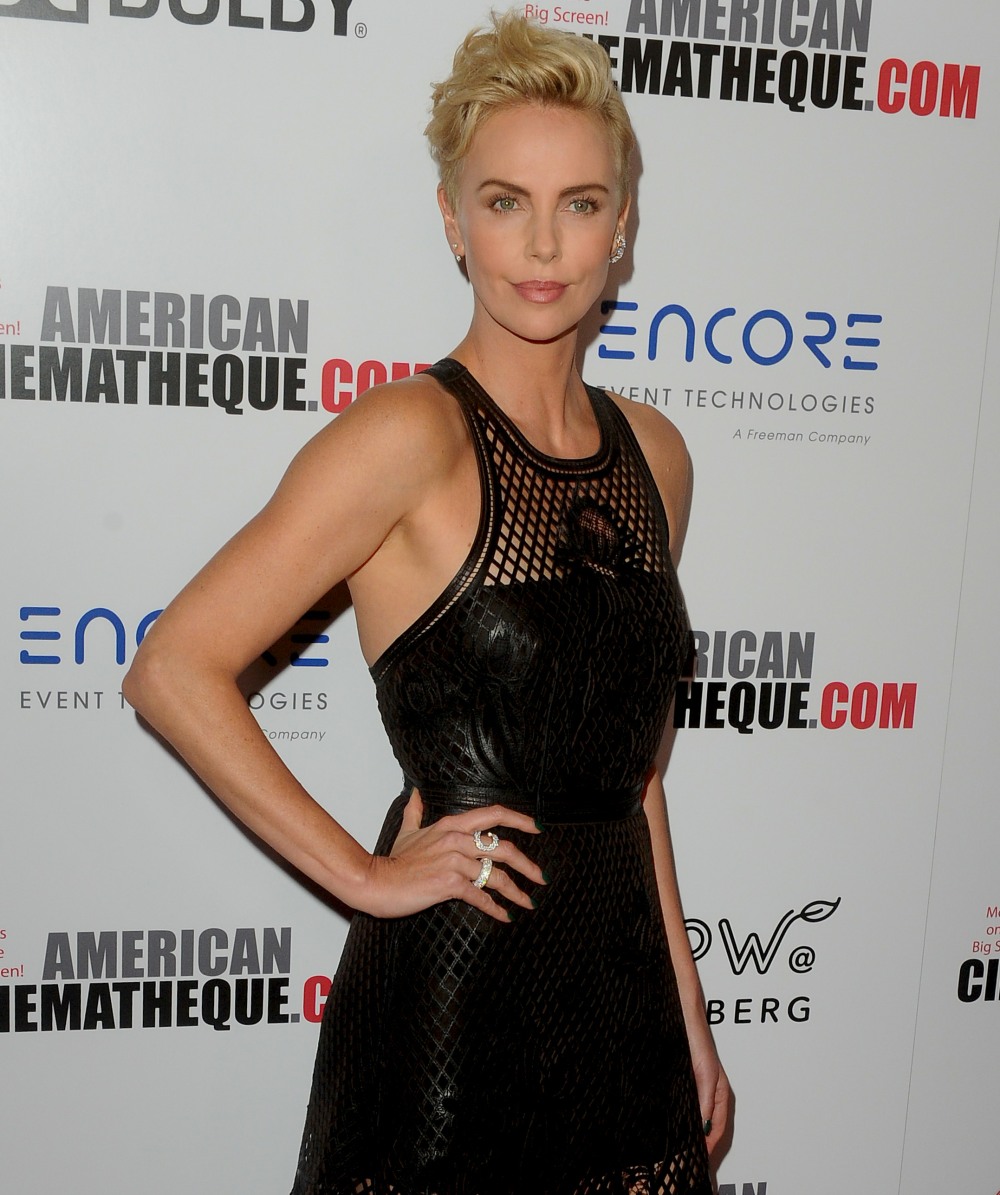 Charlize Theron has been doing the bulk of the Bombshell promotion for the past month or two. Nicole Kidman has given some interviews too, but where is Margot Robbie? And John Lithgow too, where is he? Charlize is front and center because she plays Megyn Kelly, and Charlize is the lead AND the producer. All of which means, she sat down for a long interview with NPR and there are SO MANY good quotes from this interview. Charlize spoke at length about growing up under apartheid in South Africa, and how it took years and lots of therapy for her to really work out the feeling of guilt because of her specific privilege and the system of white privilege in South Africa. Charlize also spoke about how her mother killed her father, and how a director sexually harassed her in 1994.

She was sexually harassed: In 1994, actor Charlize Theron was just starting out in show business when a famous director invited her to an audition at his home. When she showed up, she found the director drinking and in his pajamas. He touched her leg; she apologized and left in a hurry. Driving away, Theron became angry — with herself: “I just kept hitting the steering wheel. I put a lot of blame on myself … that I didn’t say all the right things, and that I didn’t tell him to take a hike, and that I didn’t do all of those things that we so want to believe we’ll do in those situations.”

She eventually confronted her harasser: “In sexual harassment, you’re always waiting for that moment where there’s full closure, where you feel like you’ve actually … had your moment, where you get to say your piece. And that never really happens. I’ve heard this repeatedly in hearing other women’s stories, and that is the unfortunate thing about sexual harassment. You never get that moment where you feel like the tables are reversed and now he’s finally getting it.

She has disclosed her harasser’s name but no one has ever published it: “I actually did disclose his name. You don’t know that because every time I disclosed his name, the journalist made the decision to not write his name, and it goes to show just how deeply systemic this problem is. I remember the first time somebody asked me if I ever had a casting couch experience, and I openly shared the experience and named him, and the person decided to not write his name. So the story is out, and strangely, when the Harvey Weinstein story broke, I, for the first time ever, Googled the story and the story came up everywhere. It popped up everywhere, and nowhere could you find this guy’s name. And it was incredibly upsetting to me… I don’t have a desire to protect him, but I also don’t want him to overshadow this film right now. So there will be a right time where I will talk about this again, and I will say his name, yes.

The “gray area” of sexual harassment: “It’s not always physical assault. It’s not always rape. There’s a psychological damage that happens for women in the everyday casualness of language, touch or threat — threat of losing your job. Those are things I’ve definitely encountered.”

On her mother killing her father in self-defense: “My father was a very sick man. My father was an alcoholic all my life. I only knew him one way, and that was as an alcoholic. … It was a pretty hopeless situation. Our family was just kind of stuck in it. And the day-to-day unpredictability of living with an addict is the thing that you sit with and have kind of embedded in your body for the rest of your life, more than just this one event of what happened one night. I think our family was an incredibly unhealthy one. And all of it, I think, scarred us in a way… My father was so drunk that he shouldn’t have been able to walk when he came into the house with a gun. My mom and I were in my bedroom leaning against the door, because he was trying to push through the door. So both of us were leaning against the door from the inside to have him not be able to push through. He took a step back and just shot through the door three times. None of those bullets ever hit us, which is just a miracle. But in self-defense, she ended the threat.”

I’ve always wondered about Charlize’s family background, but specifically to that moment of her mother killing her father in self-defense, and how that must have fundamentally changed everything in Charlize’s life. But I appreciate the way she frames it here: “And the day-to-day unpredictability of living with an addict is the thing that you sit with and have kind of embedded in your body for the rest of your life, more than just this one event of what happened one night.” As much as the violence of that night had larger repercussions in her life, it was the day-to-day life with an alcoholic parent which really f–ked her up. That’s an incredible observation.

Also: I think it’s really interesting that Charlize has apparently named her harasser to journalists and the media outlets choose not to run with it. I hope she does eventually name him. For some reason, I looked up Michael Bay’s IMDB. But… maybe it’s not Bay. A perv director in the ‘90s? Hm. 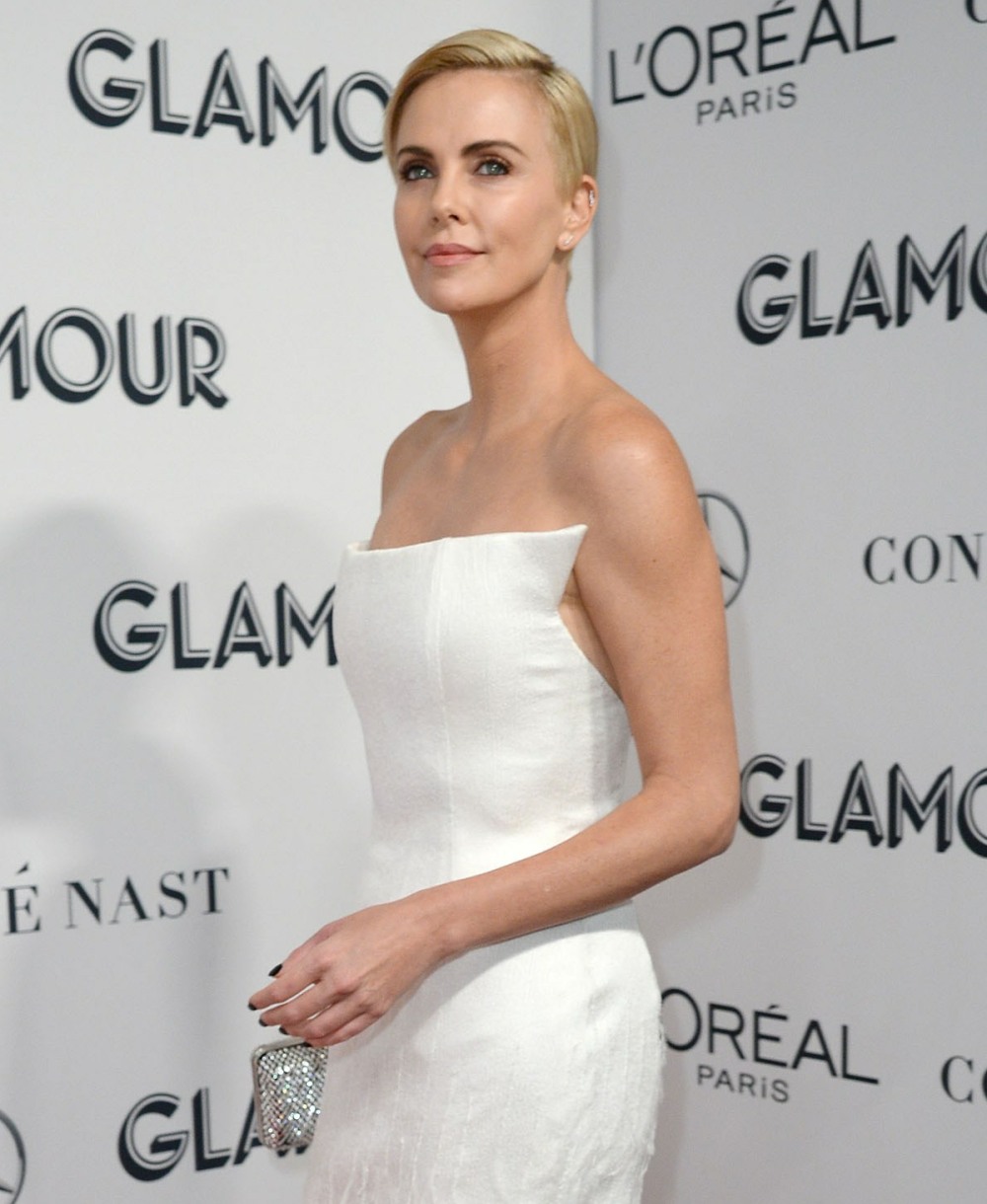 12 Responses to “Charlize Theron: ‘I don’t have a desire to protect’ the director who harassed me”