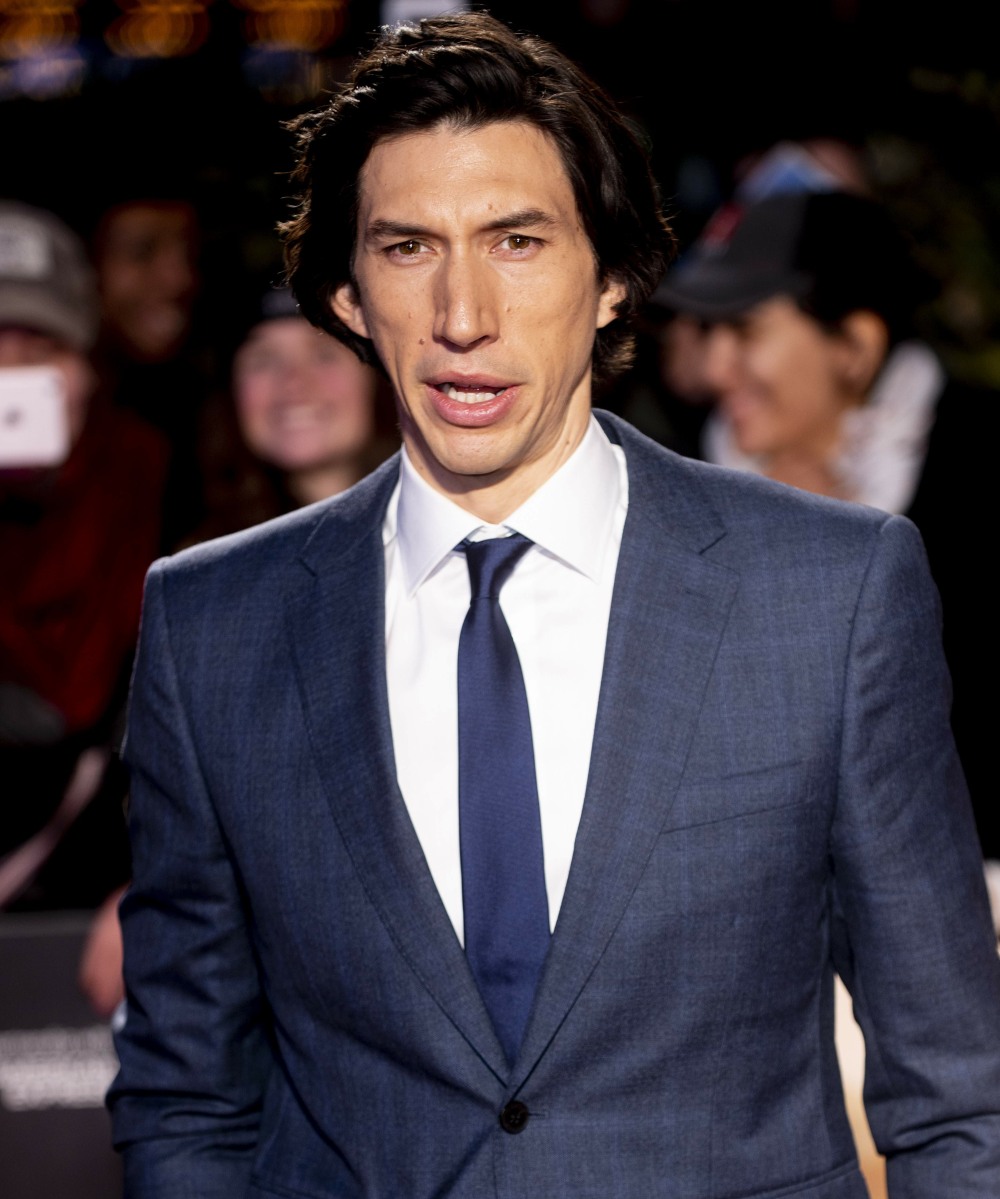 We are often told that the Millennials and Generation Garbage Youth are self-obsessed, that those two generations are all fascinated with looking at themselves and photographing themselves and making videos of themselves. I think that likely applies to big chunks of those generations, but there will always be a significant group in every generation who hate the sound of their own voice, and don’t really like to look at themselves or watch themselves on camera. I’m irritated by the sound of my own voice when I listen to our Gossip With Celebitchy podcasts, and I hate watching myself on-camera. Many actors are the same way – there are so many actors (of all ages) who don’t like to watch their own movies or TV shows, who get annoyed by the sound of their own voices. Adam Driver is that way, apparently. He was so bothered by the sound of his own voice that he… walked out of an NPR interview?? Damn bruh.

In the midst of promoting three of his latest starring turns, Adam Driver sat for an interview with NPR’s highly influential talk show Fresh Air. But listeners will never hear it. Sources at NPR told The Daily Beast that Driver walked out of an interview earlier this month with Fresh Air host Terry Gross after expressing displeasure at the idea of listening to a clip of himself singing “Being Alive” from the musical Company. Driver’s character sings the song late in Noah Baumbach’s new Netflix film Marriage Story.

According to one source, Gross’ team was aware that Driver prefers not to listen to recordings of himself and encouraged him to remove his headphones while any clips played back. Danny Miller, Fresh Air’s executive producer, confirmed that Driver left during a break in the interview “while we were playing back a clip from the film.” The star actor recorded his end of the interview from NPR’s New York studios, while Gross was in Fresh Air’s base at WHYY-FM in Philadelphia.

“We don’t really understand why he left,” Miller said in an email. “We were looking forward to the interview—Terry thinks he’s a terrific actor, he was a great guest when he was on [Fresh Air] in 2015—so we were disappointed that we didn’t have a new interview to share with our listeners about Marriage Story.”

Terry Gross is one of the best interviewers in feature/entertainment news and celebrities love sitting down with NPR’s Fresh Air to promote their work. I wonder if the root of this was some kind of miscommunication? Did Driver not understand that they were about to play a clip from Marriage Story? Or did he think the interview was over? Or… was he just rude as hell? The Daily Beast also cited various interviews Driver has done over the years where he’s said, in no uncertain terms, that he hates to watch himself or listen to himself, calling it a “phobia” and even saying that he feels sick to his stomach when he sees himself on screen or hears his own voice. As I said at the start, it’s unusual for his generation (at 36, he’s Millennial) but not really unusual for an actor.

Also: I feel like if an actor with a different kind of profile did this, we would be giving him less of a pass? Because Adam is known as kind of a quiet, professional dude, we’re looking for an explanation. If this had been Leo DiCaprio or something, we would be yelling at him. 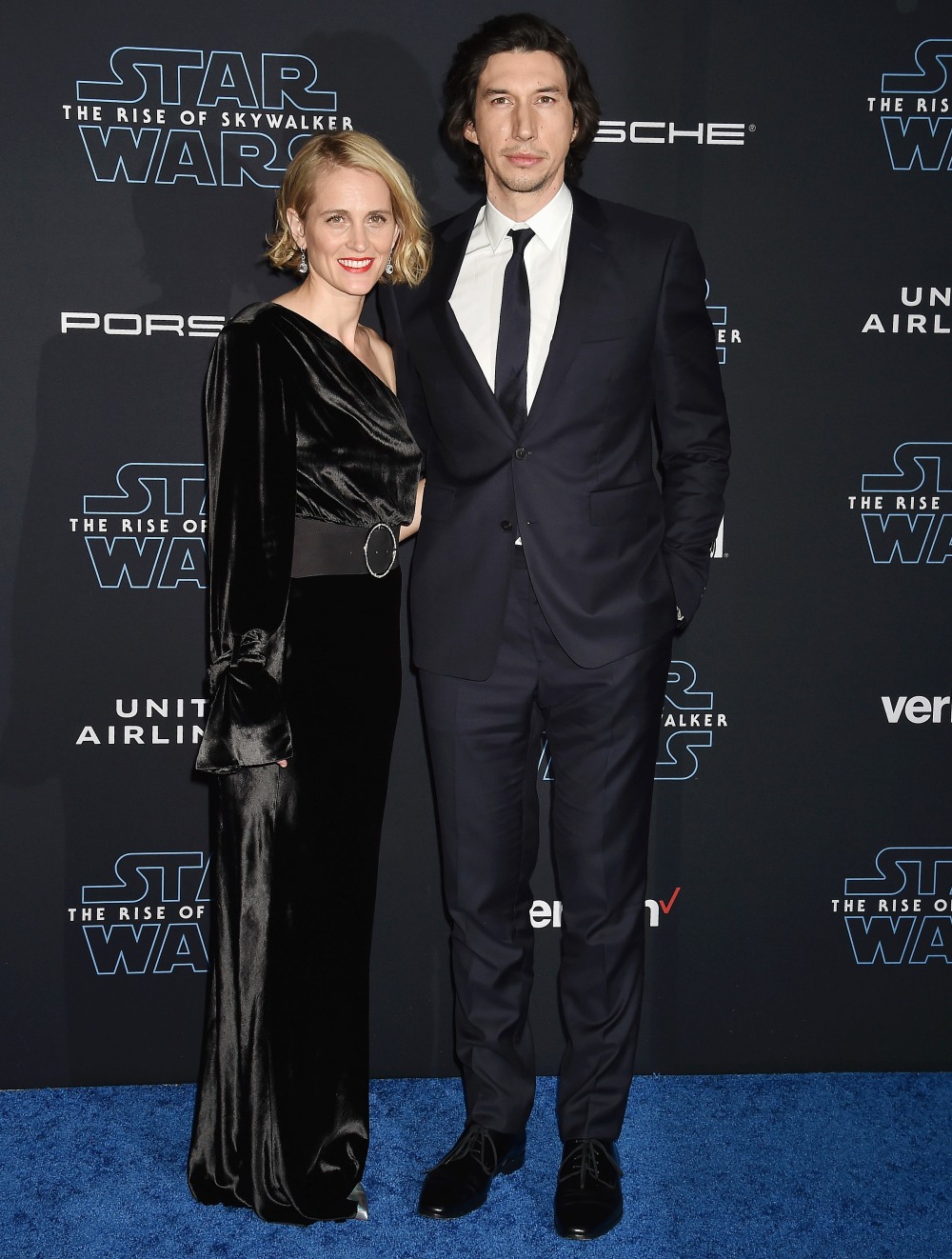