Kim Kardashian accused of doing ‘blackface’ for the 7Hollywood editorial 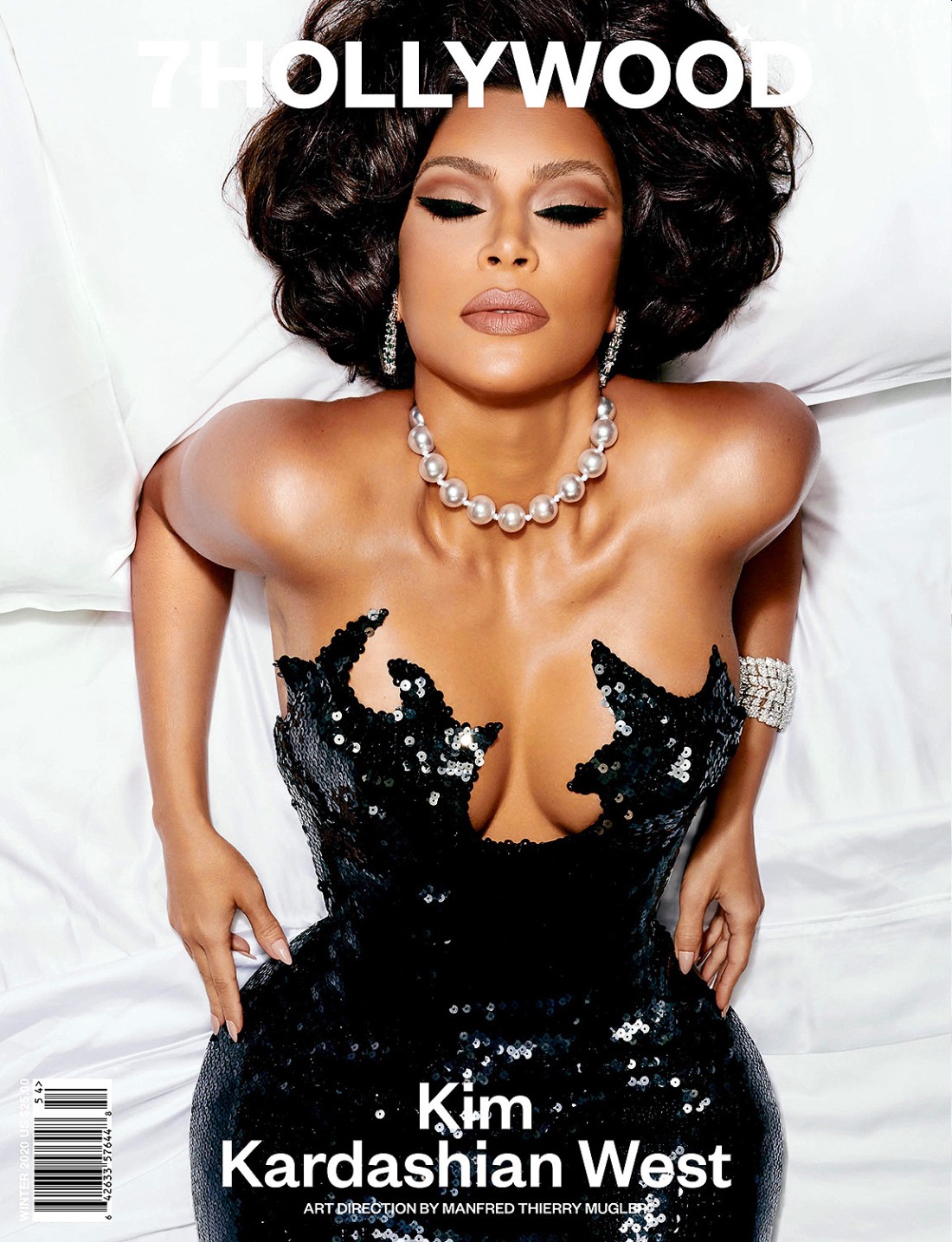 I’ve never even heard of this magazine, 7Hollywood. Kim Kardashian covers the winter edition of the magazine, with an editorial directed by Theirry Mugler. Kim wore a wig which makes her look a bit like a vintage Eartha Kitt. Her face also looks different, right? Is it the wig or the makeup? She looks very cat-like. But that’s not what people are talking about. People are talking about how Kim’s skin looks darker in these photos, and they’re accusing her (once again) of doing blackface in an editorial or photoshoot. This is like the millionth time Kim has been accused of this. But she wants us to know that it’s all just an innocent lighting situation.

A source close to Kim Kardashian has responded to critics of her new 7Hollywood magazine cover, denying allegations of “blackface” or that the beauty mogul was purposely attempting to look like a black woman.

“It’s the lighting that makes her look darker in this specific image,” a source close to Kardashian, who was on set for the shoot, told Page Six. “There are multiple covers and images from this shoot where the lighting looks more natural. People are so quick to find the negative in everything and also often forget that she is of Armenian descent.”

The mother of four, 39, received immediate criticism after posting the Winter 2020 cover of the fashion mag to Instagram, with several followers saying that her tan and/or makeup looked far too dark — bordering on blackface — an accusation the reality star has faced time and time again.

“Would you please stop with the blackface it’s ridiculous to say [at] least,” wrote one of Kardashian’s followers, while another commented, “She look black in that 2nd photo … hmmm here she go again.”

7Hollywood’s Instagram page has also been flooded with comments calling out Kardashian and the publication. “Y’all are sick for this. She is not a black woman,” wrote one critic, with another accusing the mag of “promoting blackface.”

Horsesh-t. But at this point, I’m not going to get outraged by this stuff. That’s what Kim wants, that’s what the magazine wants. I get that people will be legitimately outraged by this family’s continuous blackfishing, but they all know better and they continue to do it anyway. Kim knew what she was doing when they applied the dark tan makeup on her body. Kim knew what she was doing when she put on this wig. The photographer knew what they were doing too. Ugh. 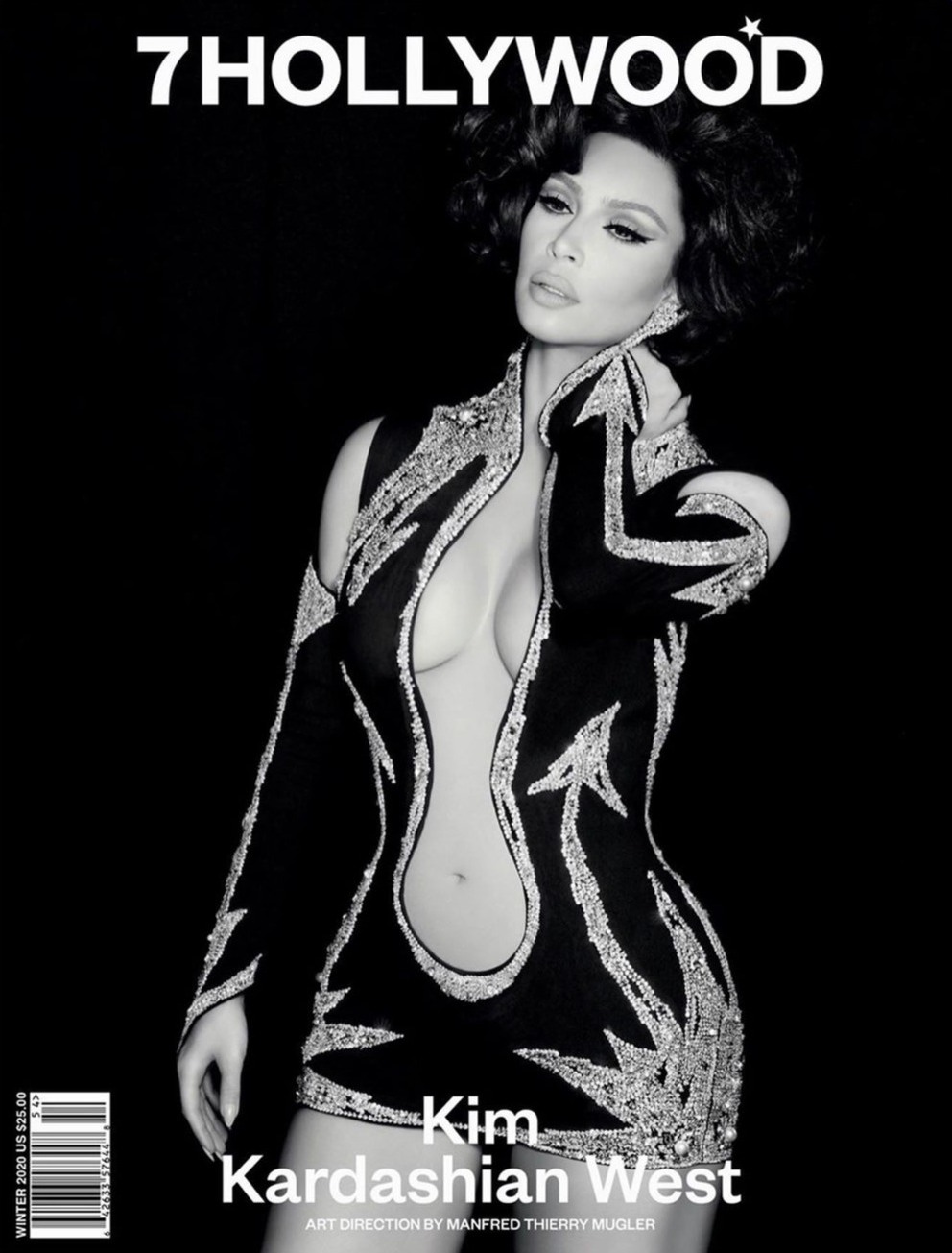 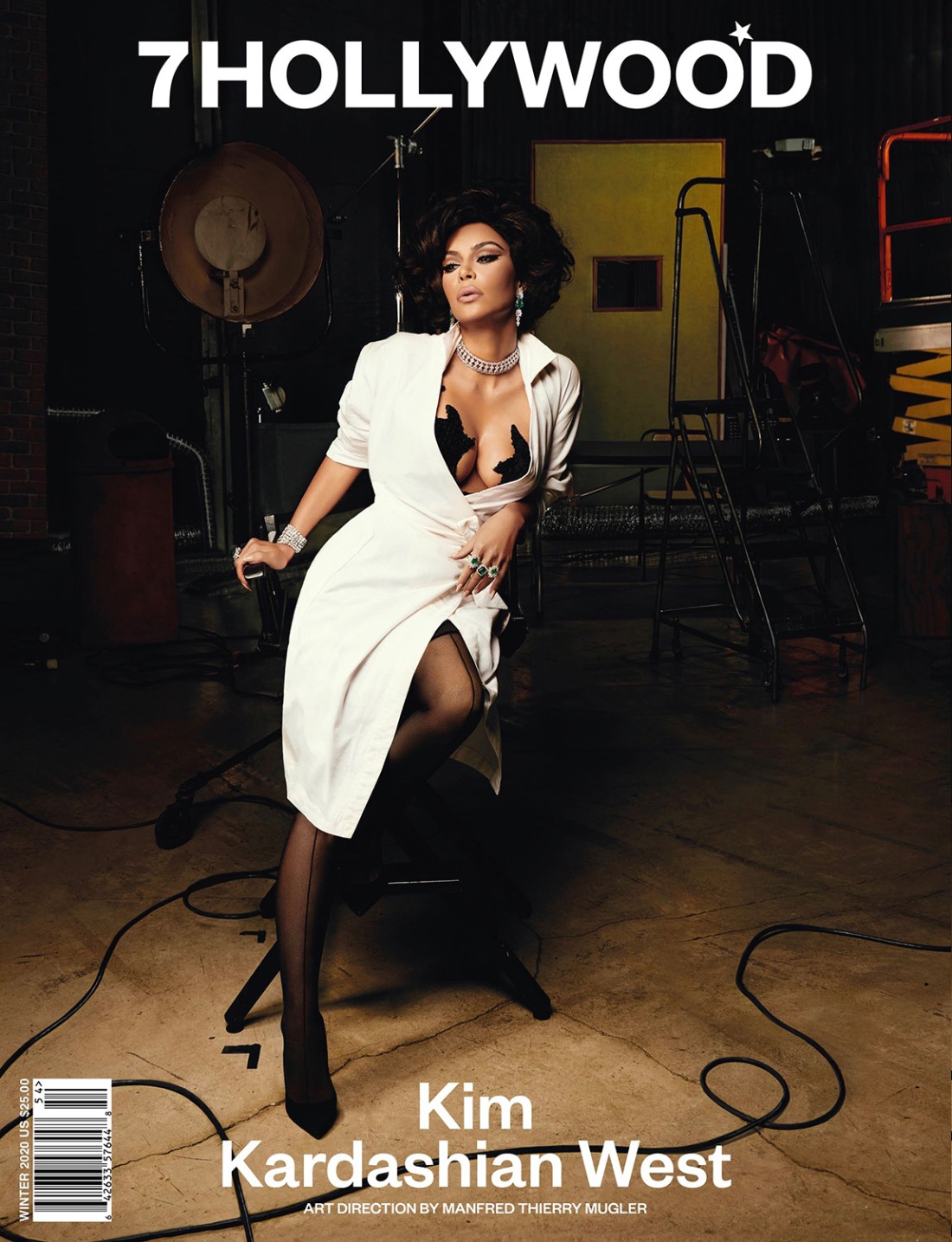