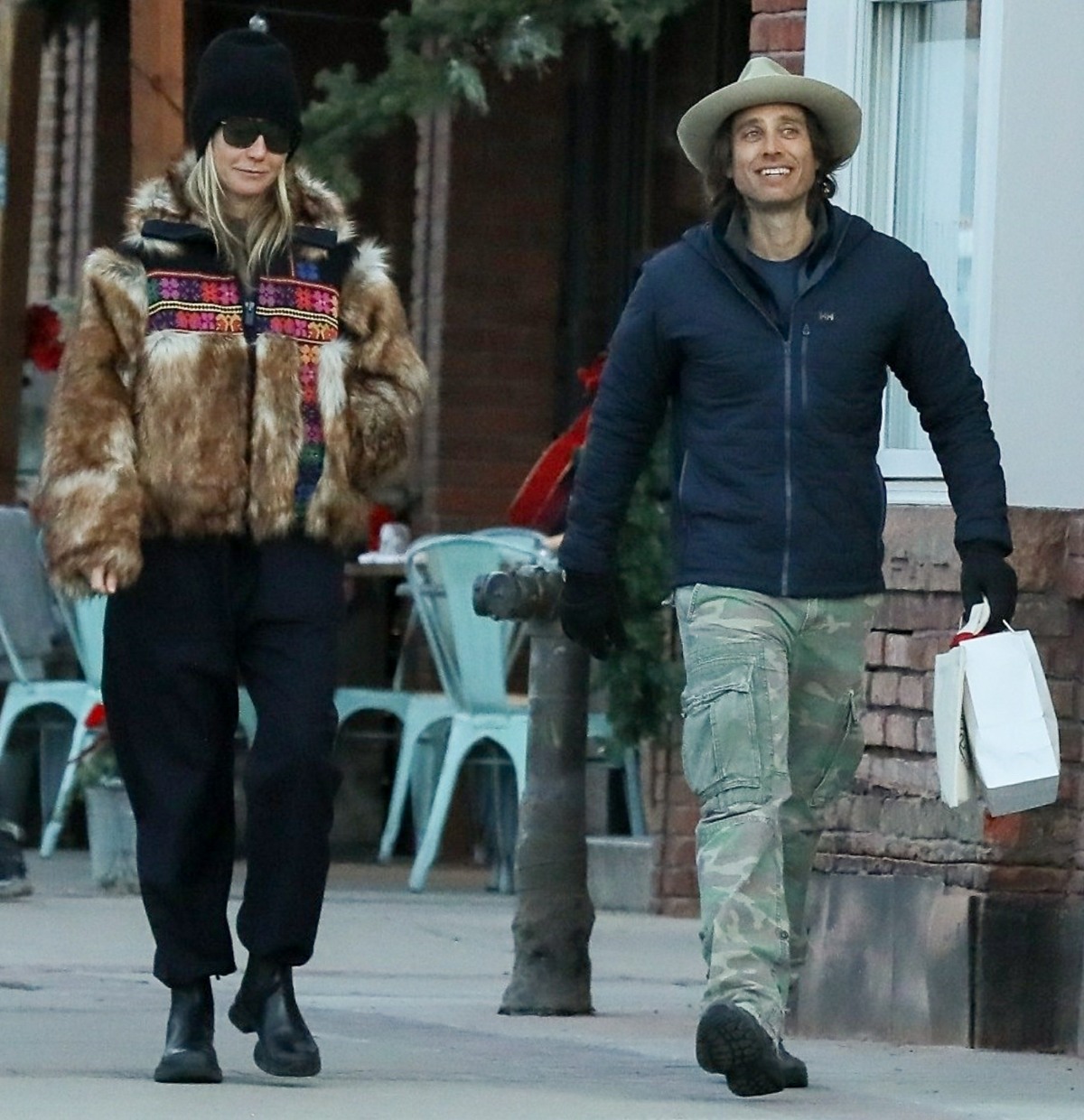 As you probably remember, I was weirded-out by Gwyneth Paltrow’s insistence on befriending any and every woman her ex-husband dates. I was particularly weirded out by Gwyneth’s seeming attempts to insinuate herself repeatedly into Chris Martin’s relationships. I get the argument that Chris and Gwyneth are on good terms, that they have two kids together and they’re co-parenting in a healthy way. But I find Gwyneth’s “friendship” with Dakota Johnson to be unhealthy. But… someone recently said that because Dakota is third-generation Hollywood, she’s actually very much in the same “tier” as Gwyneth, and that’s why they probably get along very well. Perhaps. I still think it’s creepy to see Gwyneth insert herself into Chris’s romantic life time after time though.

So… Dakota has joined the extended Paltow-Martin-Falchuk family for a Christmas holiday in Aspen. My guess is that Dakota probably spent a lot of time in Aspen as Melanie Griffith’s daughter and all, and maybe Dakota’s family was there too. But the paparazzi just got pics of Dakota hanging out with Chris and Apple Martin. Meanwhile, Gwyneth has been buzzing around like the Queen Bee of Aspen, and she’s been getting pap’d with Brad Falchuk. Is this the modern Hollywood family? Exes and their current partners/husbands all vacationing together in Aspen for Christmas?

Okay, so I looked it up – Melanie Griffith did own a beautiful Aspen home, so Dakota definitely grew up spending holidays in Aspen. But Melanie sold her Aspen spread in March of this year. So… did Dakota spend Christmas with HER family at all? Or did she have to sit there and watch Gwyneth play Lady of the Aspen Manor?

Also: Gwyneth’s fur coat is SO ugly. Her pants are awful too. I’m sure her Aspen ensembles cost $50K though. 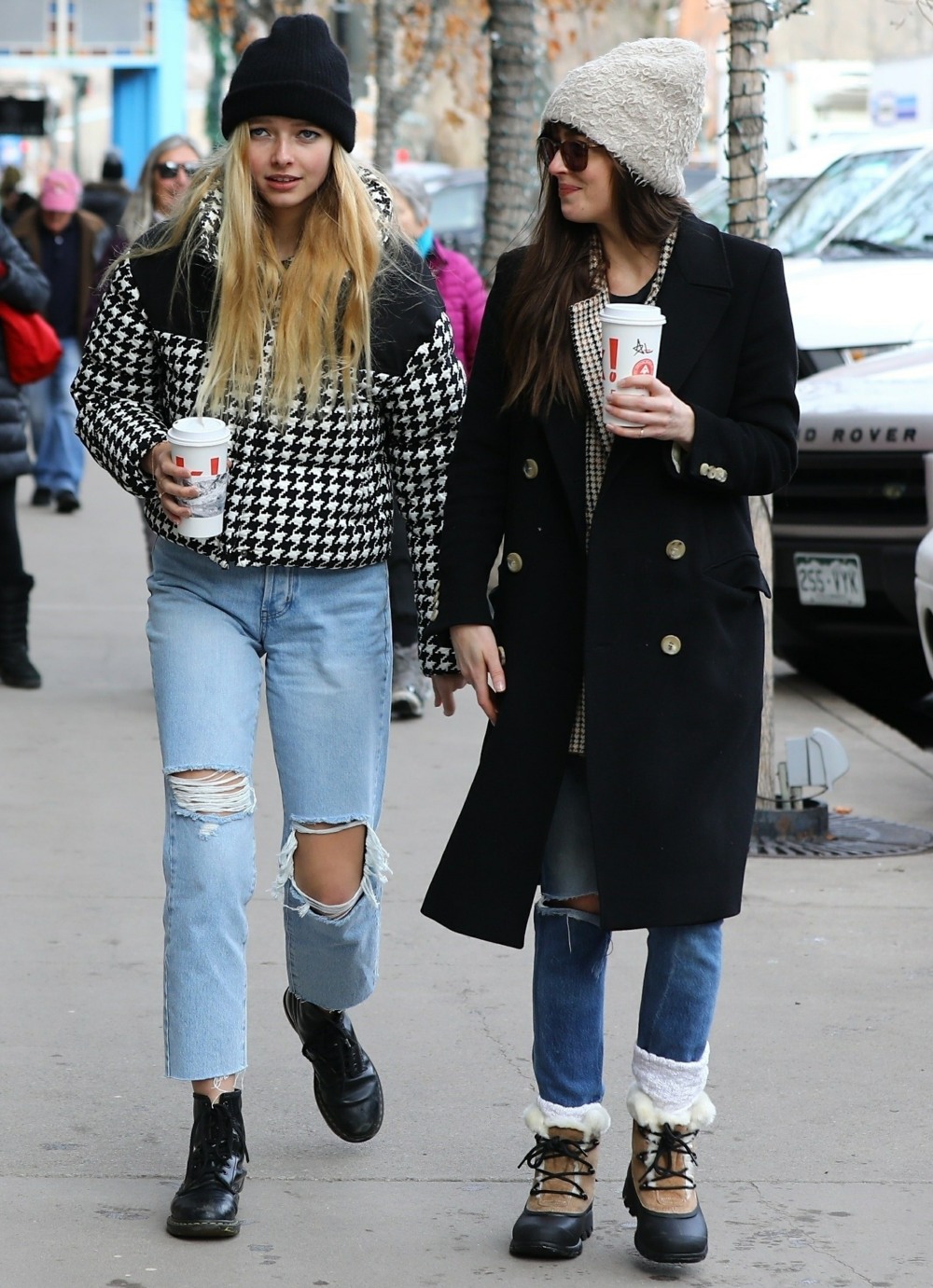 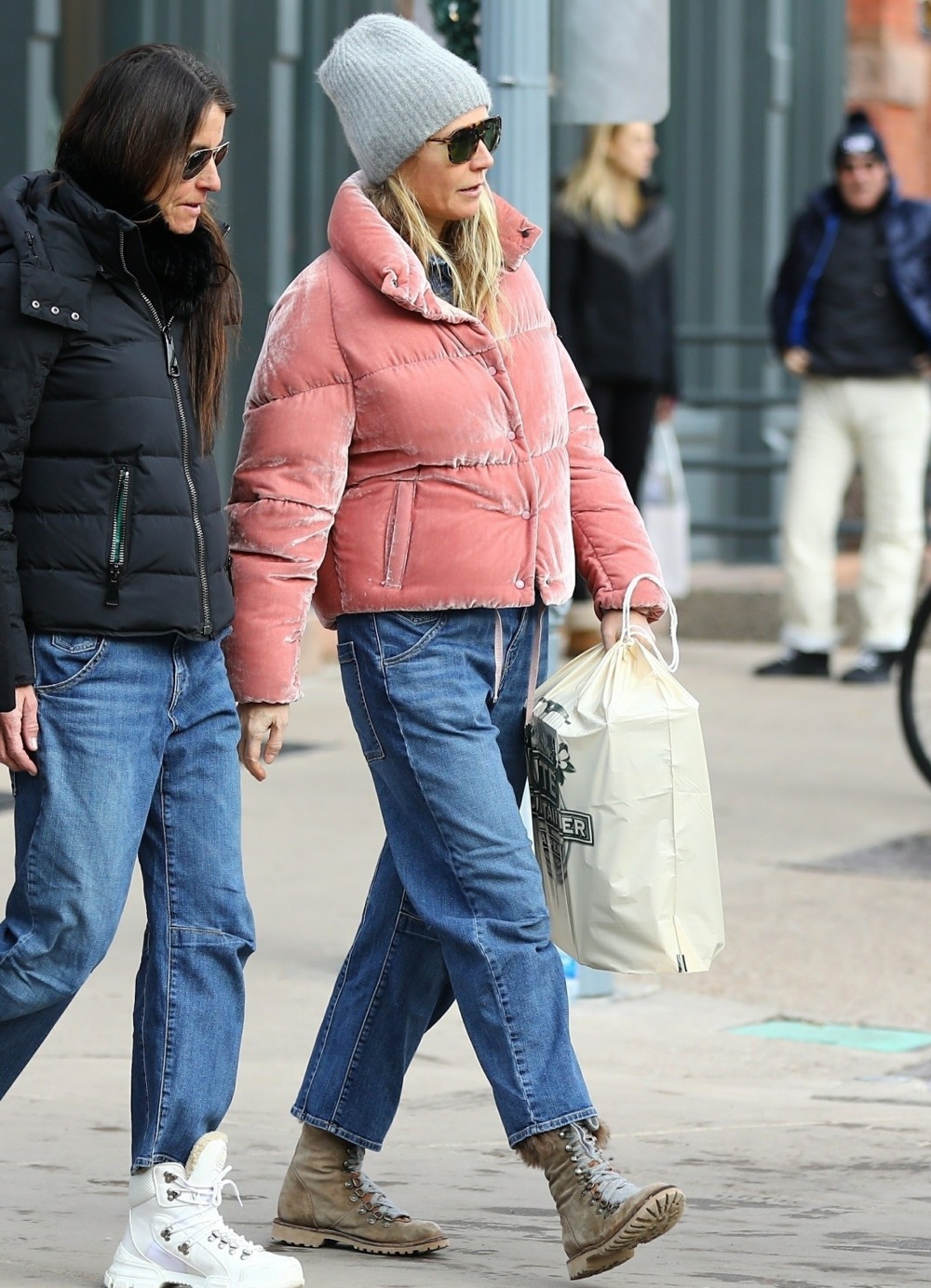 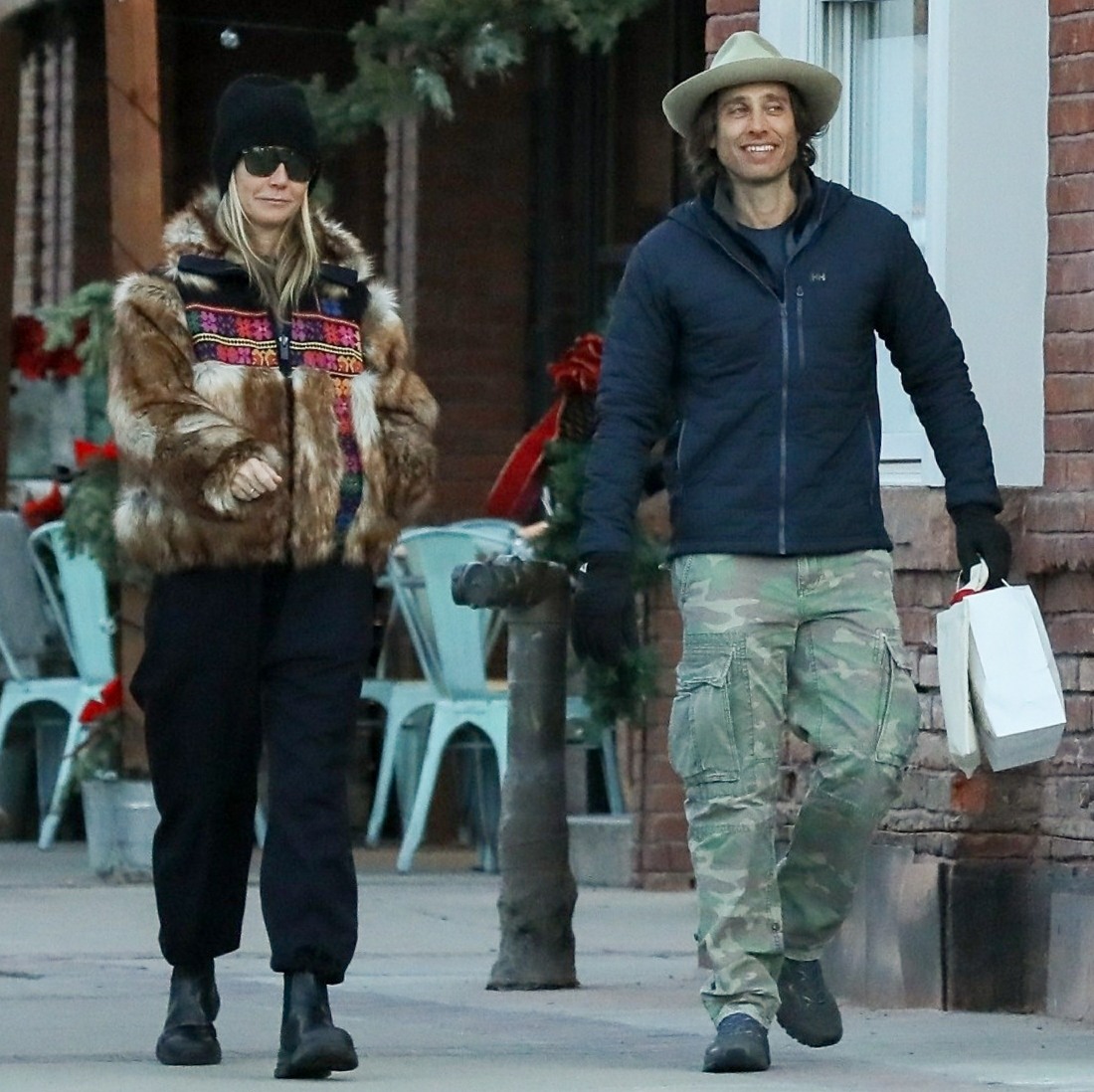 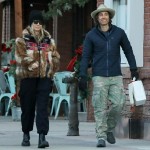