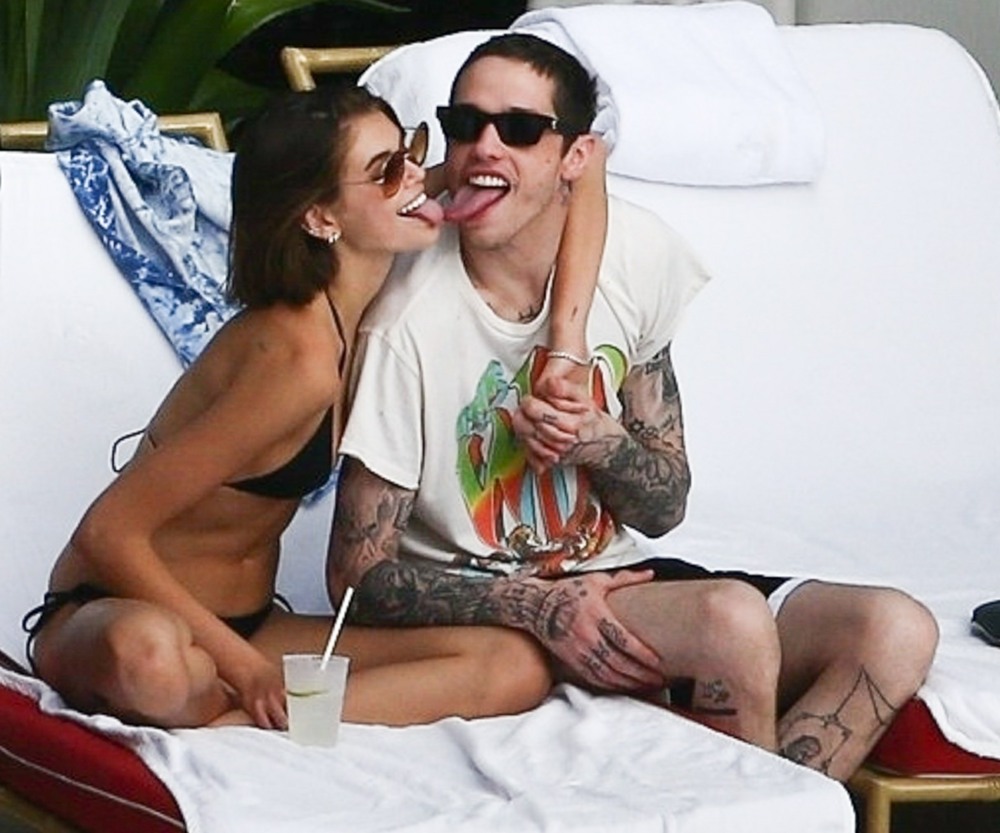 Pete Davidson and Kaia Gerber have been dating since the beginning of autumn. From where I sit, they started up *just* after Kaia’s 18th birthday, although there’s some evidence that Pete and Kaia knew each other, hung out and had mutual friends for months beforehand. Y’all know that I’m not a Pete Davidson fan, and so I continue to read his relationship with Kaia as sort of creepy, vaguely predatory and just bad news in general. There was also a rumor that Rande Gerber and Cindy Crawford (Kaia’s parents) aren’t big fans of Kaia’s relationship, and that they hope Kaia and Pete fizzle out quickly. Well… it looks like Cindy and Rande were trying to check up on Kaia and Pete at Kaia’s New York apartment, and things appear to have gone badly:

Cindy Crawford and her husband Rande Gerber appeared extremely stressed as they spoke outside their daughter Kaia’s New York City apartment on Thursday. The 53-year-old supermodel looked shaken as she listened to her husband describe a conversation he appeared to have had with 18-year-old Kaia’s comedian boyfriend, Pete Davidson, 26. It seemed Rande had been in the apartment while Cindy was outside and he had then come down to the foyer to speak with her.

A bystander told Dailymail.com that Rande was heard saying that the person upstairs – presumed to be Pete – had ‘scratched eyes’ and was ‘freaking out.’ Pete reportedly left the apartment in a car down the street after the parents talked. Kaia was later seen returning to the building after dark.

Rande – who is the co-founder of billion-dollar tequila label Casamigos – appeared on edge by what he had witnessed inside the apartment. The best friend of George Clooney was very animated as he spoke to Cindy, who was clad in a $1,400 black Moncler jacket. A bystander told DailyMail.com that Rande was heard saying that his talk ‘wasn’t good’. At one point, he brought his hands up to his face and widened his eyes, as if to imitate what he had seen. Cindy stared at her spouse with her mouth agape, appearing to recognize the seriousness of the situation.

Rande was reportedly overhead saying: ‘He’s got scratched out eyes. His face was like scared as if someone or a camera was on him. His eyes are very… and he’s like freaking out.’ The tequila tycoon continued: ‘How in the hell can he… be away… he needs help my God that’s crazy… private rehab, ummm, like in an hour.’ Then the topic went to Kaia, with Rande reportedly saying: ‘I mean he loves her.’

Rande then told Cindy that Pete was nearby, saying: ‘You know he’s over there’. The supermodel reportedly replied: ‘Is it him over there?’ Soon after, Pete was seen in his silver Lincoln SUV but his face was not photographed.

I’ve included the link to the DM’s photos below – you can see Rande and Cindy looking very animated and worried/concerned. While I get that the DM was possibly making up a story to go along with their photos, I also feel like this probably checks out? Rande and Cindy are probably legitimately concerned about Kaia and Pete. I could absolutely see Kaia calling her parents to come over and check on Pete if he did something that freaked her out. I could see Cindy telling Kaia to simply get out of her own apartment if Pete was having some kind of breakdown or if he was on drugs or whatever. Anyway… yeah, this is awful. I hope that Kaia and Pete are okay and that Cindy and Rande are providing all kinds of support. 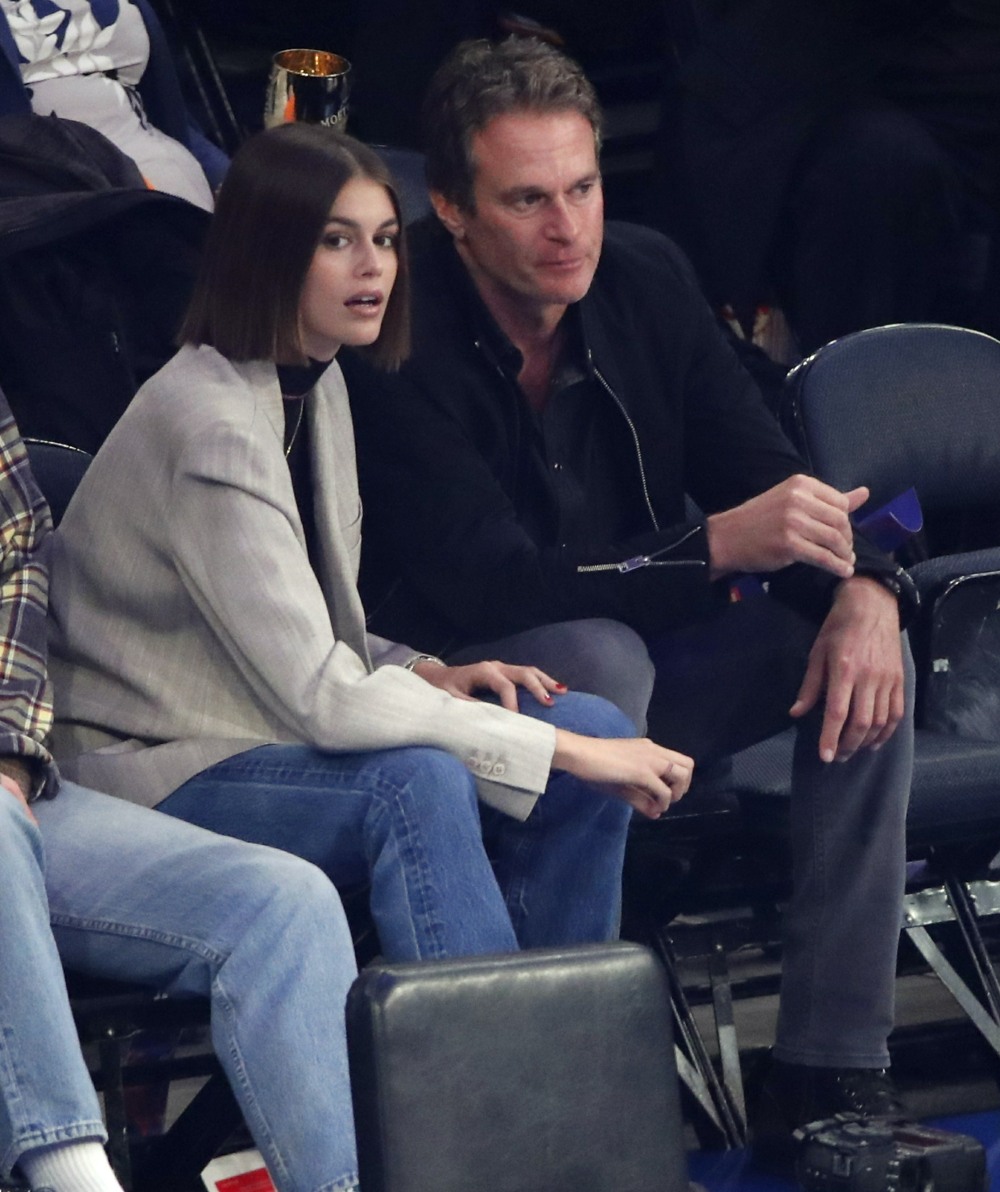 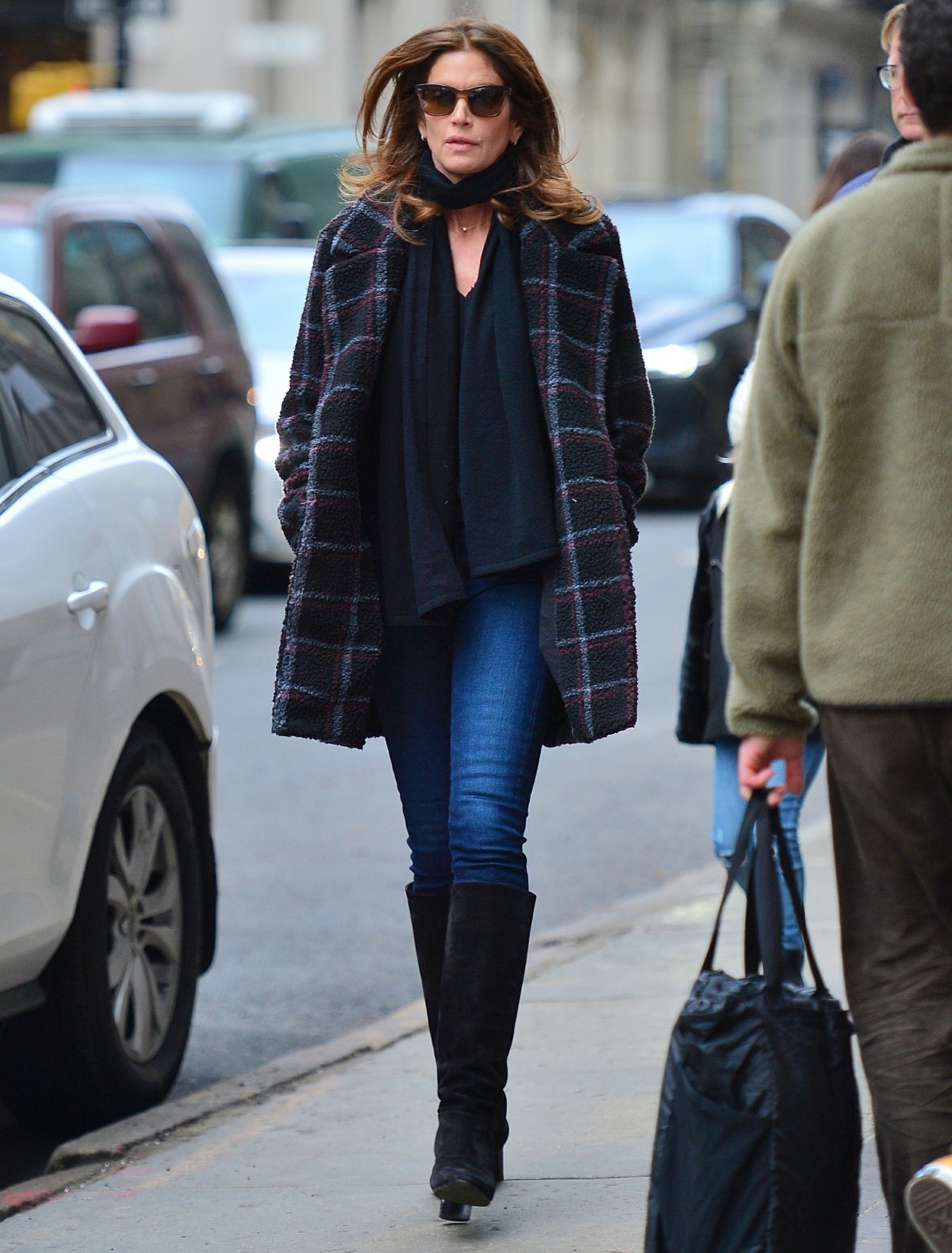