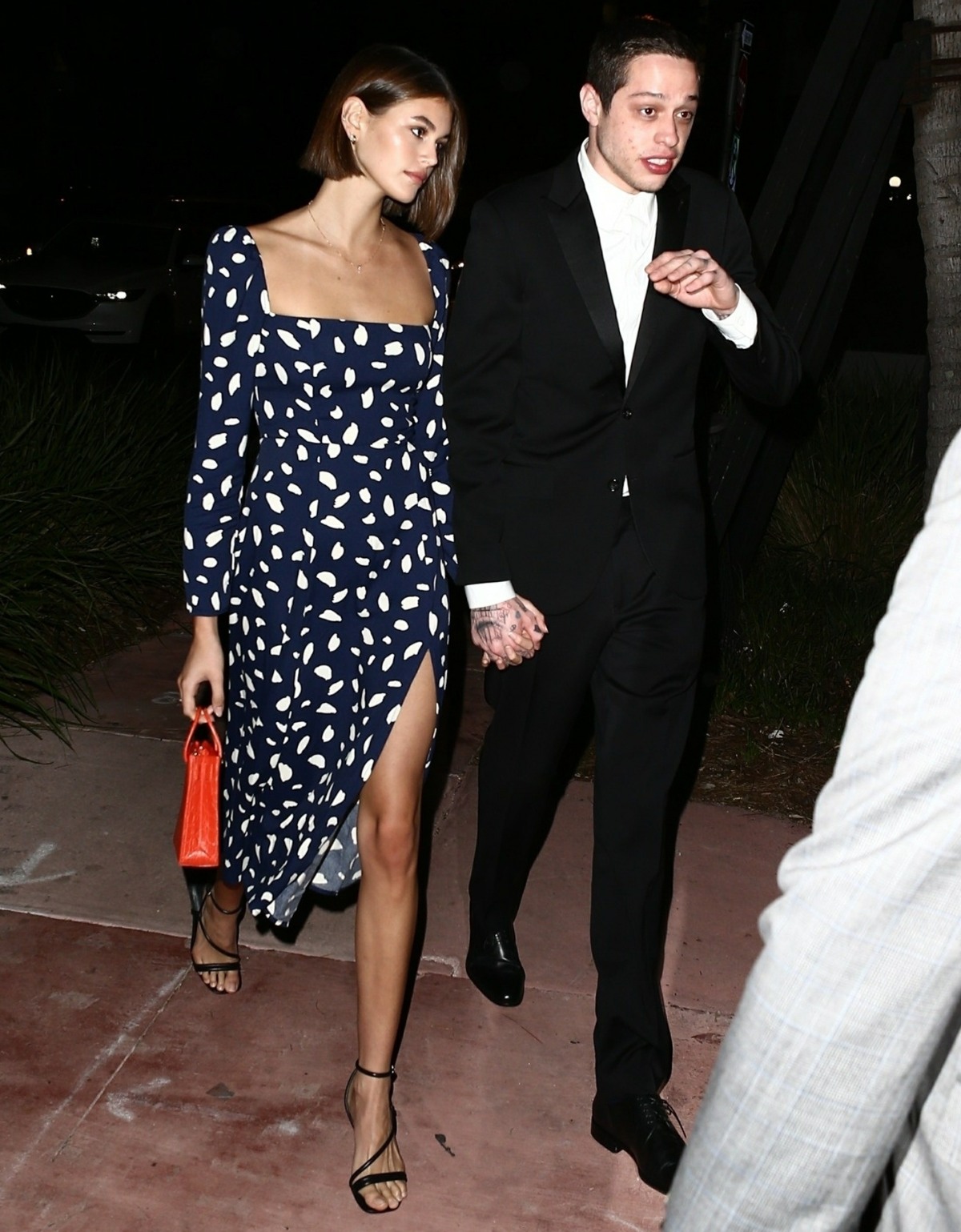 Kaia Gerber turned 18 years old in September. Within the next month, Kaia and Pete Davidson became a couple. He and Margaret Qualley split and he moved on quickly to Kaia, and they’ve been loved up ever since, even traveling to Miami together to attend the wedding of one of her friends. The Miami trip was the most we ever saw of them as a couple – they got pap’d the entire time they were in Miami, from their poolside antics to their arrival at the wedding venue. So… what do Kaia’s parents think about all of this, especially as it happened just seconds after Kaia turned 18? Turns out, they’re not pleased.

“Woke up in Paris,” Kaia Gerber captioned an Instagram photo — showing her body wrapped in nothing but a bedsheet in a chic hotel room — last week. Many on Instagram commented on how much she resembled her mom, to which Cindy Crawford simply responded, “Ha!” But what wasn’t discussed was a certain person missing from the camera’s lens — Kaia’s current boyfriend Pete Davidson.

Indeed, the 18-year-old’s new beau, “Saturday Night Live” lady’s man Davidson, 25, also didn’t show up when she presented at the British Fashion Awards in London. Never mind that he’s barely had screen time on “SNL” this season, or that he has a history of accompanying his girlfriends to overseas work events, such as when he was the plus-one of “Once Upon a Time in . . . Hollywood” actress Margaret Qualley at a Venice film premiere this past summer.

It seems that Kaia’s A-list parents might just be getting their holiday wish.

“I think they’re just hoping this could all fizzle out,” said a source close to the family. “[Kaia’s] traveling and working constantly — how serious can [she and Davidson] get?”

Cindy and her entrepreneur husband Rande Gerber — who is as well known for his BFF friendship with George Clooney as his famous marriage — “are very hands-on” parents to Kaia and her brother Presley, 20, said another family insider. Friends told The Post that the clan spent Thanksgiving together in Europe before Kaia’s work duties.

Asked if Cindy and Rande are concerned about photos of their baby girl wrapped around Hollywood’s latest Lothario — Davidson was linked to Qualley, Ariana Grande and Kate Beckinsale in the space of a year — the source close to the family said: “I don’t think they’re that worried about it because she’s only 18. Kaia can be slightly naive. But she’s a smart girl with a good head on her shoulders and a family who watches out for her.”

Yeah… I don’t know. I’ve always thought Cindy Crawford mishandled her daughter’s entrance into the modeling world, and I also think Cindy pushed Kaia into it, like it was presented as Kaia’s only career option. And now that Kaia is old enough to make her own decisions about who she dates and where she lives (Kaia moved to New York this year), Cindy and Rande are not able to exert as much control over their daughter. That being said, if they want Pete and Kaia to phase each other out, they’re doing the right thing by not stressing about it and not getting in Kaia’s face about it – at that age, that would be the worst move. Chances are, Pete really will move on anyway, quite honestly. 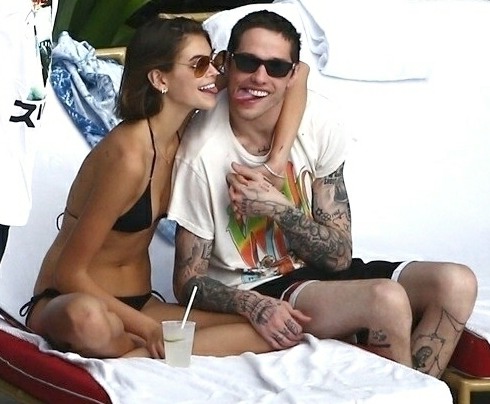 woke up in paris