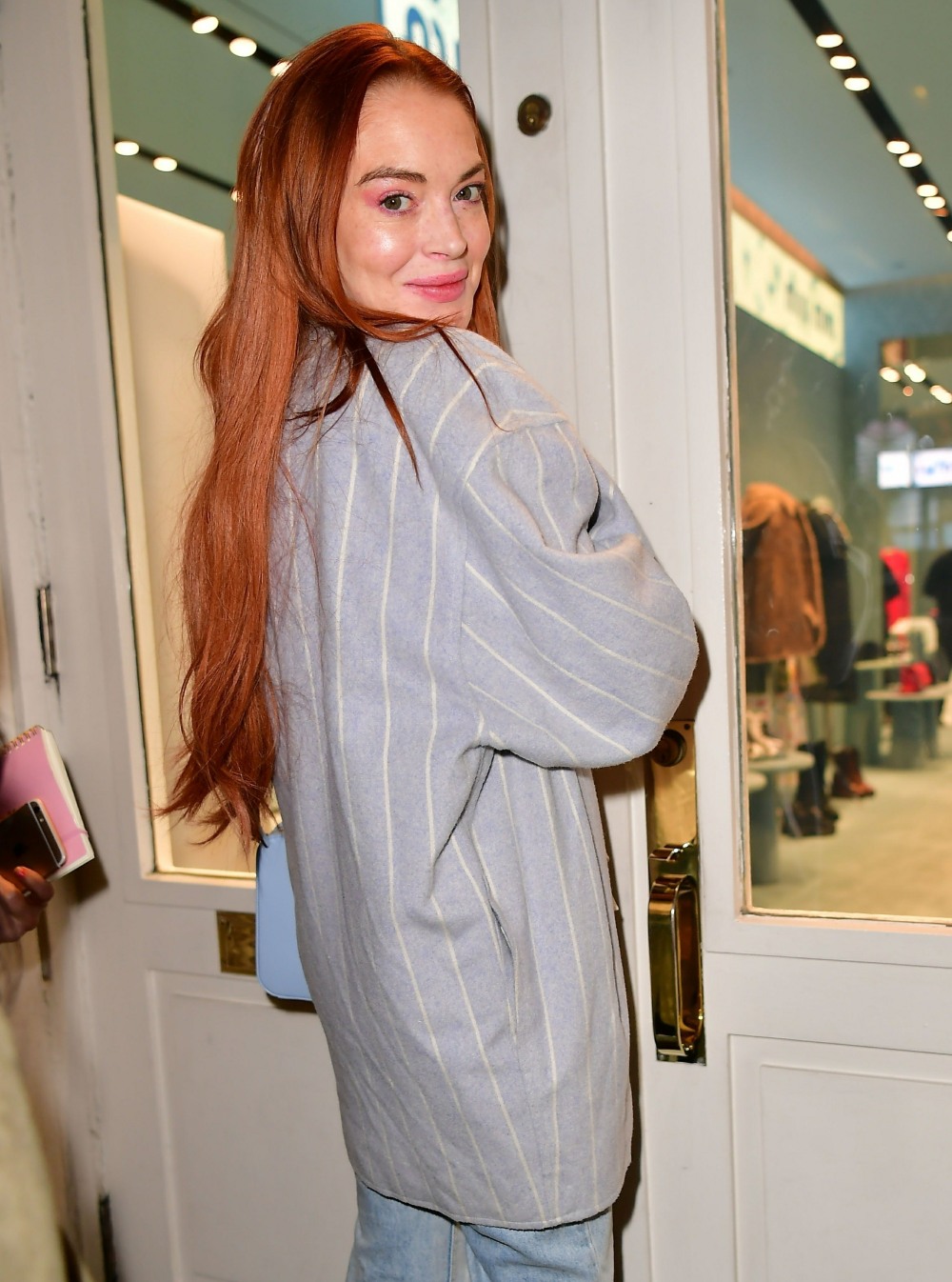 Lindsay Lohan spent more time in America in 2019 than most people realize. We had gotten used to Lindsay being away, in Europe, Russia and the Middle East, for years now. I have my theories about what she was doing overseas and how she was supporting herself, but the official story is that she was opening a nightclub in Greece, or just living a quiet life in Dubai. Or something. But now America’s cracked-out sweetheart is ready to return home permanently:

Lindsay Lohan has plans to kick off this decade with a return to America, the big screen and music. The 33-year-old actress, who is currently in Muscat, Oman, joined Andy Cohen and Anderson Cooper for a satellite interview on New Year’s Eve Tuesday and dished about what she’s got planned for movies and music in the coming year.

When asked if she has any resolutions for 2020, Lohan said, “Yes, I do. I’m managing my sister, so I want to really focus on me and everything that I can do in my life and come back to America and start filming again, which I’m doing something soon in this new year. And, you know, just taking back the life I’ve worked so hard for and sharing it with my family and you guys.”

Lohan is slated to star in Among The Shadows, which hits theaters on March 5, 2020. The film marks Lohan’s first role in a feature film since 2013’s The Canyons, though she currently has plenty of experience on the small screen. In addition to her short-lived reality television show, Lindsay Lohan’s Beach Club, the actress also judges the Masked Singer in Australia.

If Lindsay was just some wayward actress who burned out, left the industry for five years and came back looking for work, I would think that it was a good PR play and smart branding. See: Renee Zellweger. But that’s not really the case here. Lindsay left America after years of legal and criminal issues, rehab, probation, brief stints in jail and open drug and alcohol abuse. Then there’s the small matter of whatever the hell she’s been doing for five years. So no, I don’t think the entertainment industry is going to welcome Lindsay back with open arms. Maybe the tabloids will welcome her back though. As for “I’m managing my sister…” Oh God, poor Ali.

Oh, and did you want to see the trailer for Among the Shadows? Ladies and gentlemen, this is the funniest sh-t I’ve ever seen. WEREWOLVES!

Thank you so much @bravoandy @andersoncooper @cnn (all at the network) for this nye #2020 The future is bright! let us all give love, light and peace ♥️ 💫