Busy Philipps opens up about E! canceling her talk show

Happy New Year, All! How are the resolutions coming along? So far, I haven’t broken any of mine, but that’s only because I don’t make any. I also do not make a Tweet of anything I’d actually accomplished on 2019 nor an end-of-year retrospectives for Instagram so I don’t know if I’m even allowed to officially enter 2020. Fortunately, most people did close out the year with a photographic look back at 2019, one of whom was Busy Philipps. Busy makes her bones on Instagram so I image trying to curate a handful of photos from her prodigious collection would take forever. Instead, Busy went the #almostgrams route and posted a series of shots that she’d decided not to post earlier. Busy grouped her reflections by category – Selfies, Friends, Kids. But it was her final round of #almostgrams that was the most personal because they dealt with how Busy struggled after her TV chat show, Busy Tonight, was cancelled. Busy posted the collection of photos above that included her crying, a series of texts exchanged that day and a letter her daughter Birdie wrote sticking it to E! for what they did to her mom. Alongside the photos, Busy wrote this caption:

Final round of #almostgrams 2019! The Busy Tonight was cancelled round!! On APRIL 5, 2019! I flew to Dallas to shoot commercials over the weekend for Michael’s. When my plane took off, the song that came on shuffle was my favorite Deerhunter song He Would Have Laughed. I felt like it was a good sign. When I landed, my manager texted me to call her. Which I did. And she told me E! would not renew my show after the order was finished in a month. It was effectively cancelled. I was blindsided, especially since the last text I had from the head of E(who’s now gone🤷‍♀‍) was about marketing for busy tonight that he was excited to tell me about. Anyway. I did what anyone would do. I sat in the lobby of the hotel in Dallas and ordered three tequilas and called Marc, Caissie, Eric, Tina, Caissie again and I cried. I waited for a call or email from someone at E, which never came so I sent a text to the head of the network that truly makes me lol to this day(slide 3). Then I took some selfies(first 2 pics), got a text from Marc reminding me about the Deerhunter song(slide 4), made a music video in my hotel room to it(which I posted to my stories at the time), then I went and got a tattoo on my ankle; the illustration from my book from the chapter where I got super fucked over by some dudes in this business(slide 5), THEN before I went to bed, I saw it was a new moon and what that moon meant(slide6). And. Anyway. It all started to become clear and I knew things were going to be better than fine. Right before the show was finished, I found a letter my daughter wrote to E! and I feel like as this year is almost over, the decade is closing, it’s the right time to post the letter(slides 7,8,9🤣). And all the rest of it from April 5. Because here’s the thing. The moon was right, the song WAS a good sign, my girl knows something about her mom- I work hard AF and love to prove people wrong and finally, the men will always try to fuck you over so fuck em and figure out something else. Which is exactly what Caissie and I have been doing. And next year; in 2020 we will finally be able to share it. 😍 So Happy New Year everyone!!Goodnight you guys! I love you SO much!!!

Both CB and I were fans of Busy Tonight. It stumbled in the beginning but the learning curve was so sharp that it was only a matter of weeks before I noticed a marked improvement. Busy, who has always been relatable, found a way to bring that across in her show. Plus it was touching to see all of her famous friends rush to bolster her ratings when she needed it. You could tell in her final episode how crushed Busy was saying goodbye. Busy took a chance here. This is bridge-burning content, so she was obviously ready to torch her E! connection. Clearly, they wounded her deep. I don’t blame her at all, I’m just speaking to Hollywood politics. But the thing I don’t think we regular people consider when something like this happens: the collateral damage. It’s easy to sniff at a cancelled show and think “c’mon, the famous celebrity will probably land on their feet.” But almost all of Busy Tonight’s crew consisted of people who had supported Busy throughout her career and those that took a chance on her. She’d cultivated a diverse team that was made up mostly of women. When E! pulled the plug on Busy Tonight, all of those people lost their jobs. Every bit of faith they’d put into the show was dashed. I’m sure Busy had some personal sadness in her hotel room in Dallas, but I’ll bet she was grappling with what would happen to those folks more than herself.

And although I enjoyed Busy’s verbal middle finger to the soulless execs, it’s the last bit of info Busy slipped in at the end of her caption that made me the happiest. The part where she said she’s about to announce a new project with her Busy Tonight showrunner, Caissie St. Onge. As you know, I attended a few tapings of Busy Tonight and got to see Caissie in action. She’s a great match with Busy, the fact that they’ve developed this new project together is super news. I can’t wait. 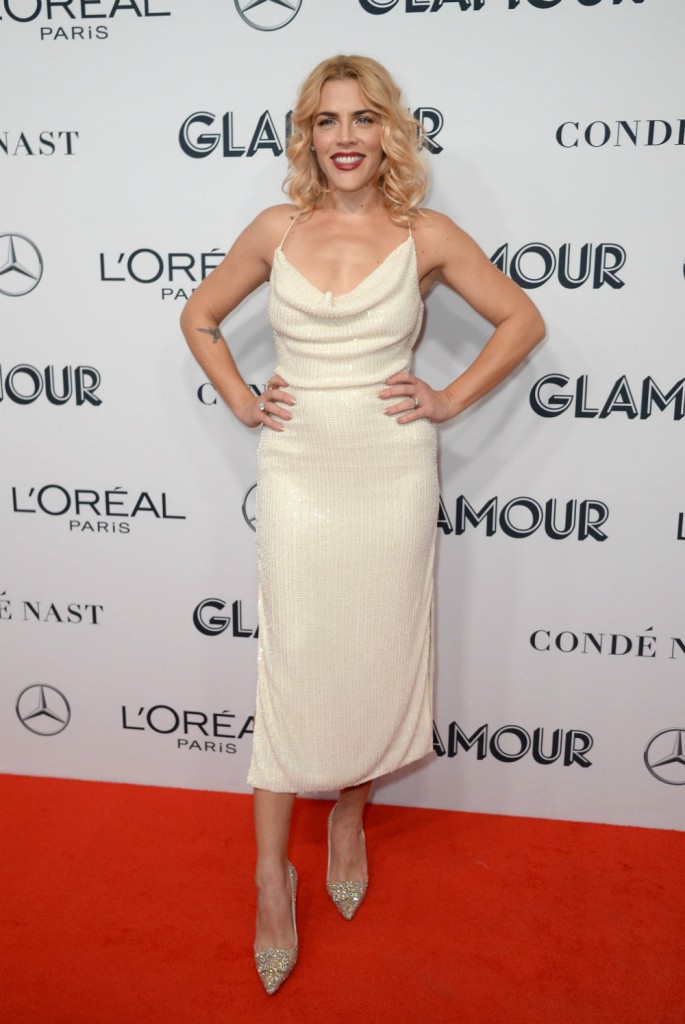 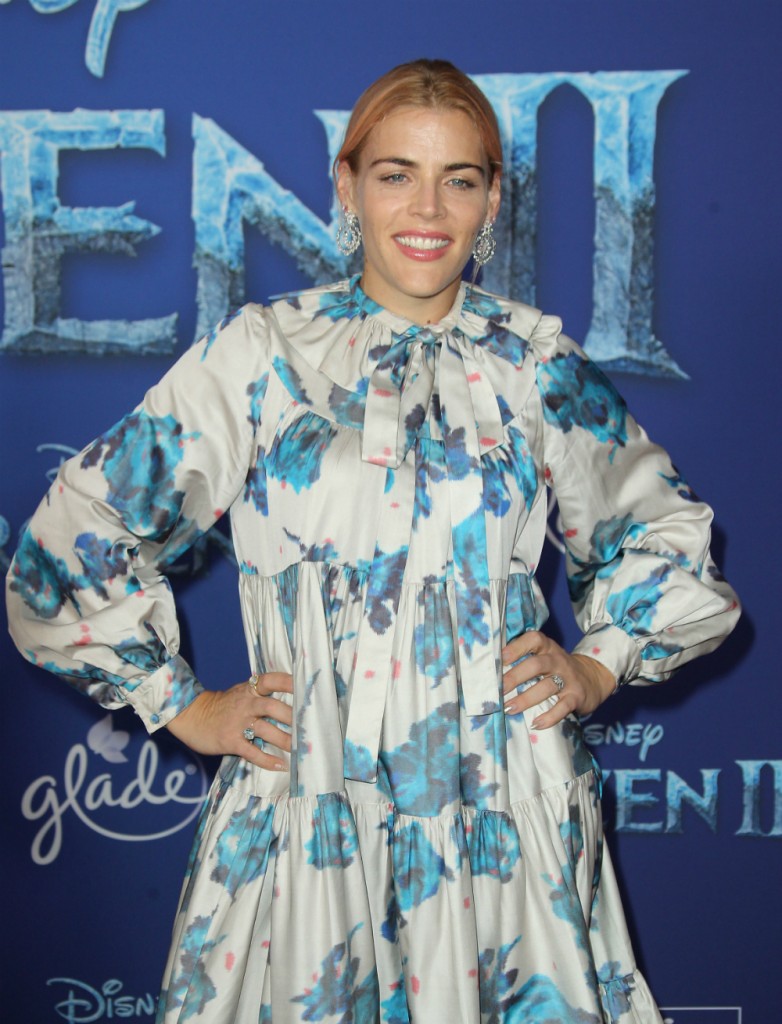 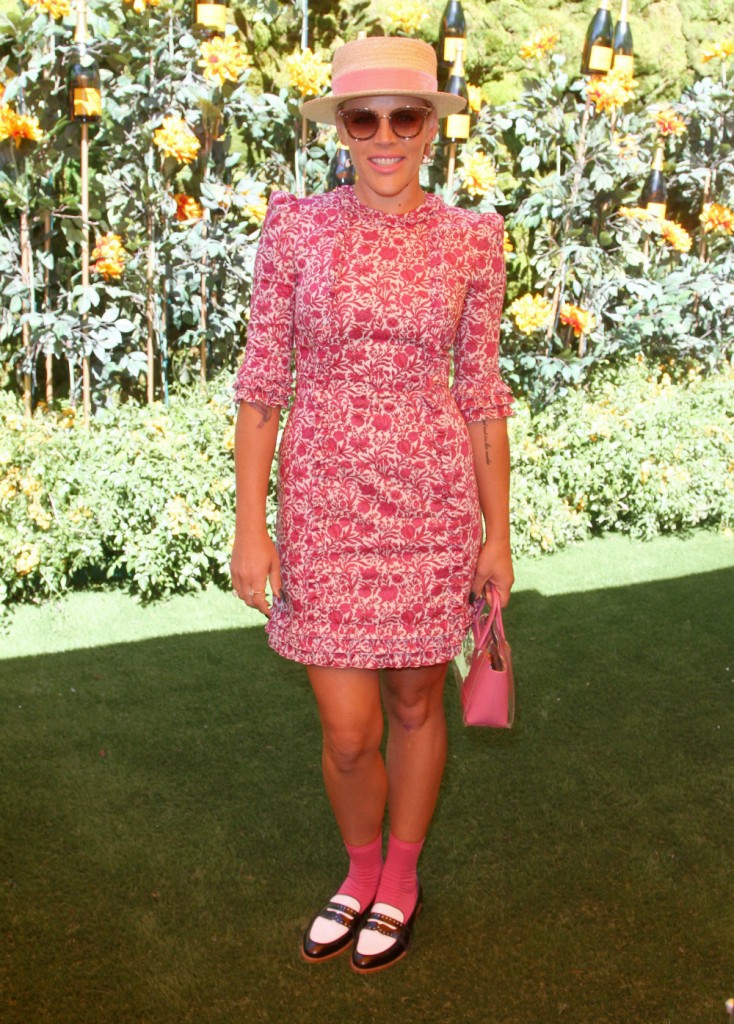 31 Responses to “Busy Philipps opens up about E! canceling her talk show”