Kathy Griffin revealed a surprise in her New Year’s Eve message to her fans – that she was engaged and getting married that night! Kathy posted a teaser at 7:31PM New Year’s Eve telling everyone she had a surprise for them. Just 45 minutes later, Kathy, 59, and boyfriend of eight years, Randy Bick, 41, posted this:

Kathy received several congratulatory Tweets, some of which speculated that maybe this was all just a bit. By 9:51PM she denied that it was anything other than the real deal, speaking of the ceremony in the past tense. So somewhere between 8:17PM and 9:51PM, the 15-minute ceremony took place. Before midnight, Kathy posted a clip to let us know who the special officiant was – Lily Tomlin:

The entire ceremony was just under 14 minutes but I have to give you guys the uncut first 75 seconds. LOVE IT! We promised you atypical. We are in love and we cannot stop laughing. Thank you @LilyTomlin and Jane Wagner!#HappyNewYear pic.twitter.com/O5vOss3TCD

The voice heard off-camera is Lily’s wife, Jane Wagner. I have to admit, having Lily Tomlin perform the ceremony might be the only way I’d ever renew my vows – how amazing would that be?! Kathy said a few times that she intends to post the 15-minute ceremony to her YouTube page with the vows edited out because she wanted those to be private. So I guess not the “whole” 15-minute ceremony. As of this writing, it has not been posted but she’s technically on her honeymoon, so she’s allowed to take her time. Other than Lily and Jane, we don’t know who attended the ceremony. Apparently, the Kardashian-Jenners threw the couple an engagement party over Christmas so it wasn’t a spur of the moment idea. I guess our questions will be answered when the promised video goes up. Kathy looks nice in her floor length, simple cream dress. Her short-curly hair complements the ensemble well. I love her red rose bouquet and the soft fabric that’s framing them in the clip with Lily. Yes, the whole production of how she announced it and parsing it out in small clips is showy, but I am a firm believer that a wedding should be for the enjoyment of the couple and however they want to go about it is fine by me.

As for why they decided on a surprise NYE wedding, that too is so far a secret. CB speculated that the timing might have been a tax decision, to tie the knot before the end of the fiscal year and get the break in 2019. I suspect it had something to do with their 2018 breakup. They’d been together for seven years and called it quits. At some point, they reconciled, and my guess is promises were made at that time that the relationship would move in that direction, it’s happened before *raises hand*. I’m not Kathy’s biggest fan but I wish her well in this new chapter of her life. 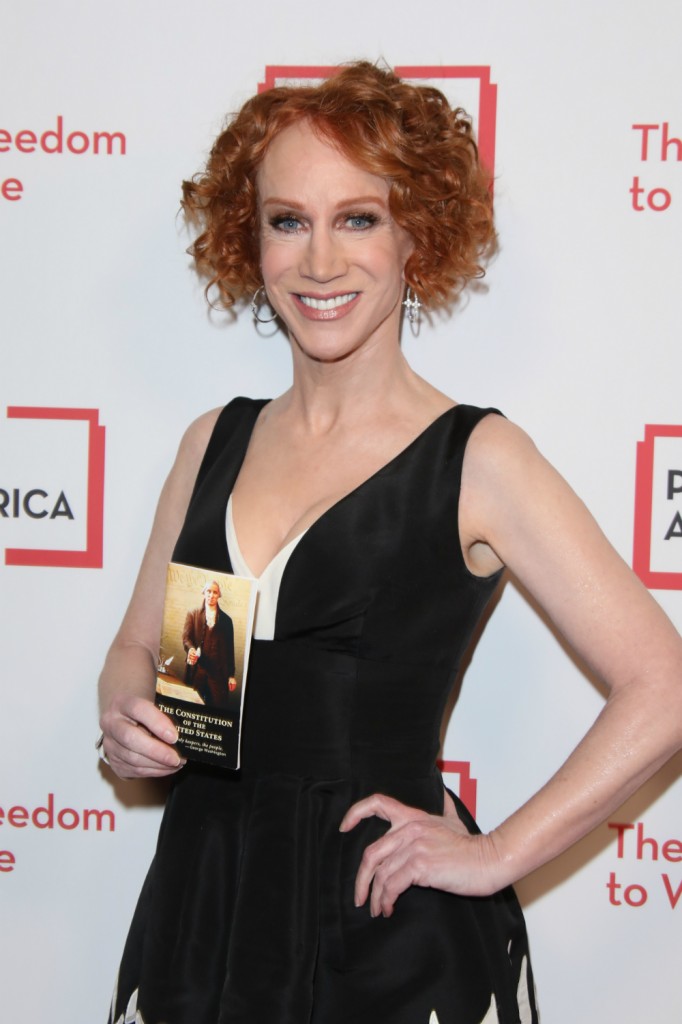