Jennifer Lopez wore Valentino to the Globes: Christmas gift chic or re-gift it? 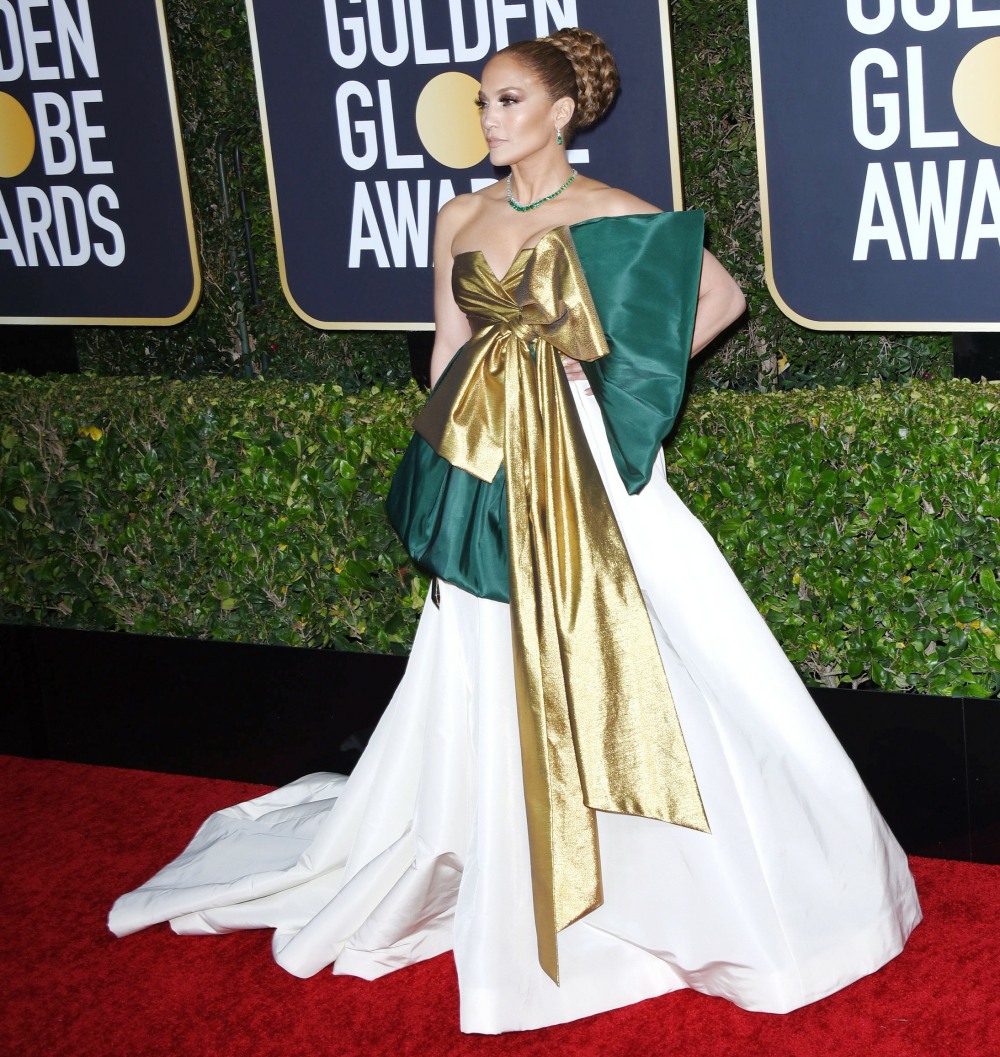 We’ve seen it happen to many a Fashion Girl – after years of slaying every red carpet when they’re just a presenter, suddenly Fashion Girls FREEZE when they’re actually nominated for something. That happened to Jennifer Lopez. She didn’t know how to present herself! Should she go with some sexy, curve-hugging number? Should she go full-glam diva? Should she go for Dripping In Jewels? She couldn’t decide. So we get this absolute mess of a Valentino gown. I felt sorry for her, because her face telegraphed the fact that she knew she made a huge mistake. She didn’t strut around the Golden Globes red carpet like she owned it. Poor Jen. It also sucks that she lost the Best Supporting Actress Globe to Laura f–king Dern. Well, at least she didn’t have to pose with a Globe statue wearing this stupid dress?

The gown is Valentino. The Valentino people should have talked her out of it. She should have talked herself out of it! She must have been thinking about Christmas gifts when she chose this dress. Ugh, I feel so bad for her. She froze, it happens to the best of us. I actually like the styling – hair, makeup and jewelry are all on point. A-Rod looks Botoxed though. 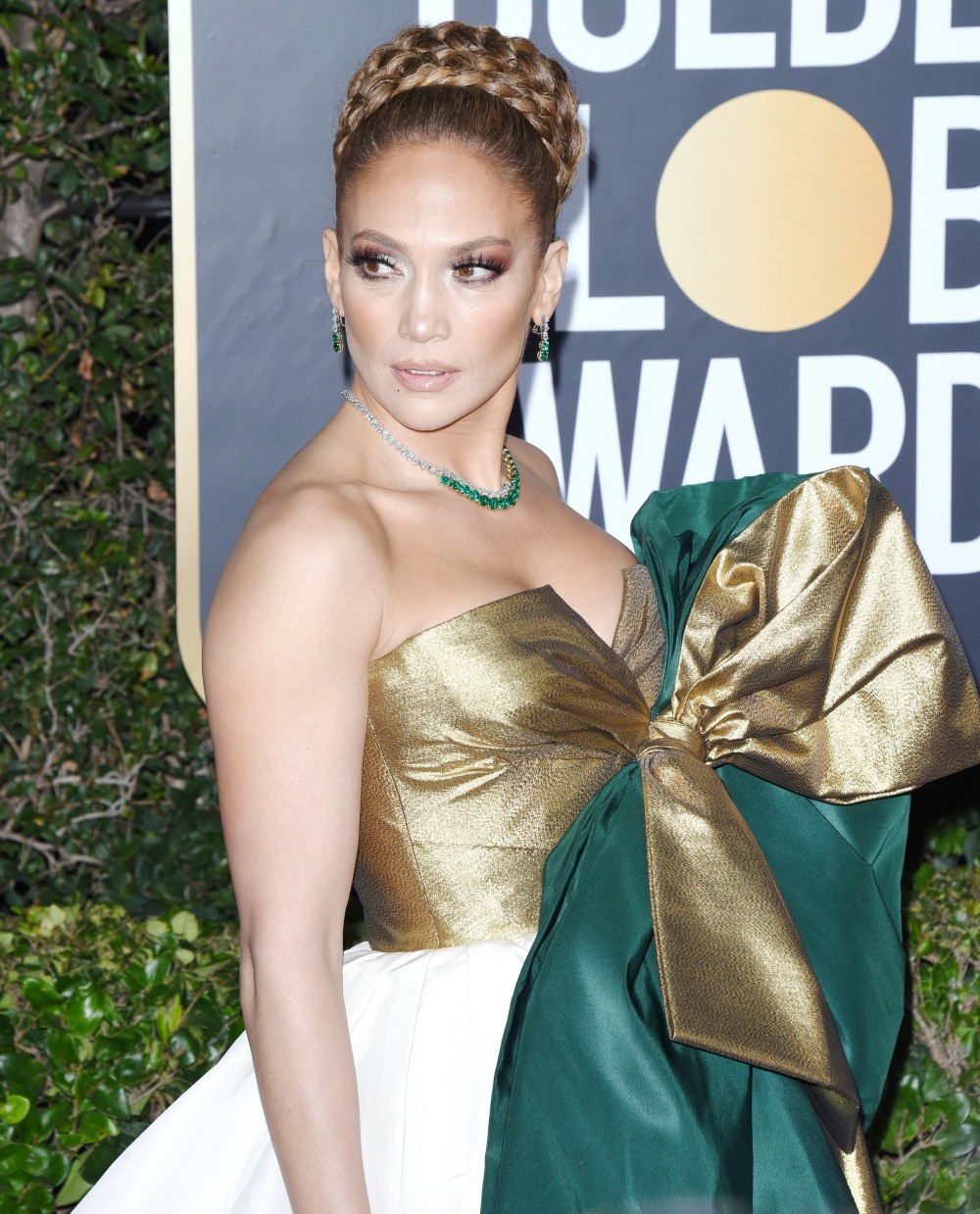 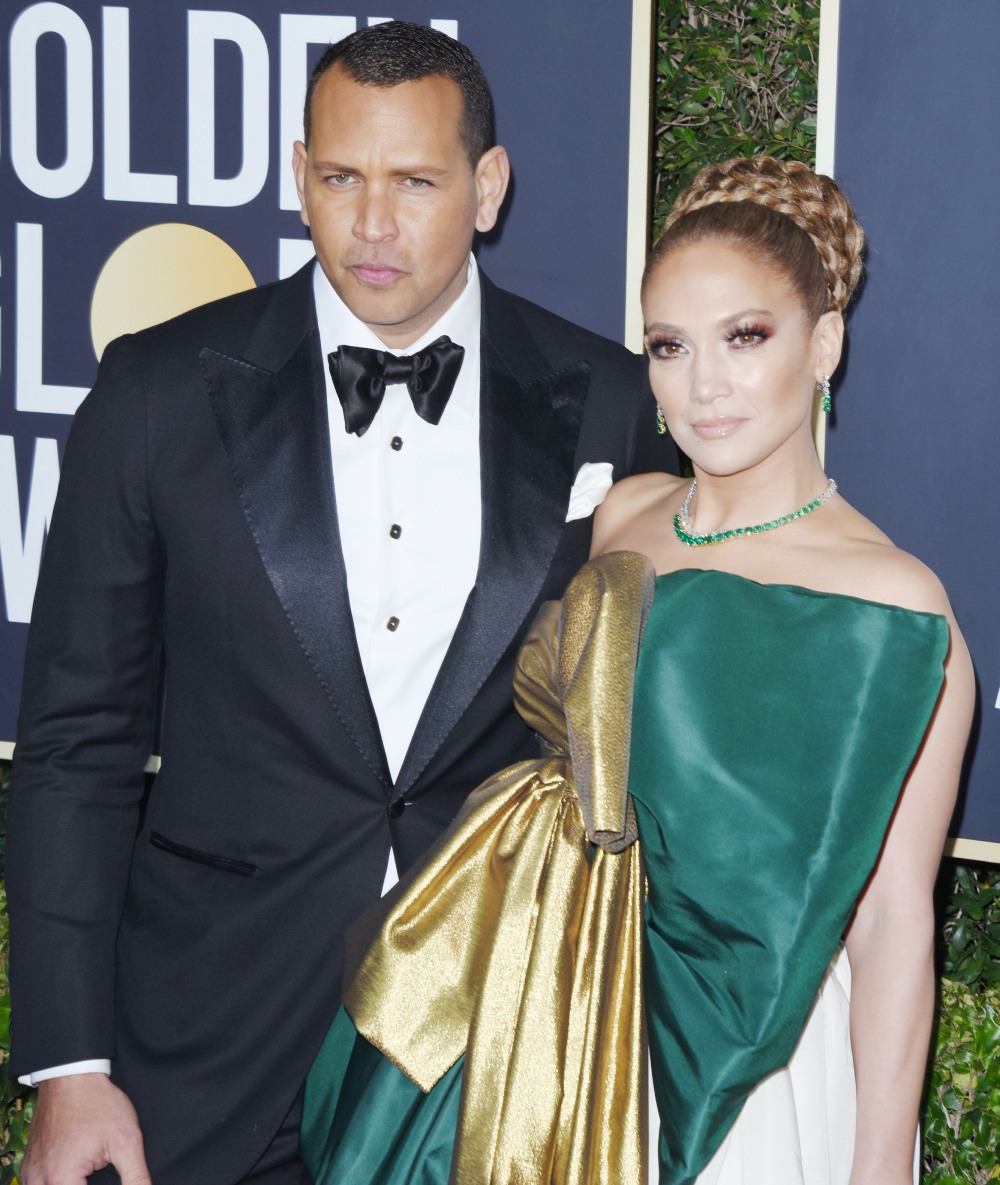 Kaitlyn Dever also wore Valentino. I didn’t hate this, honestly. It was slightly too “fussy” for such a young woman, but her youth and beauty allowed her to pull it off, actually.

66 Responses to “Jennifer Lopez wore Valentino to the Globes: Christmas gift chic or re-gift it?”