Zoe Kravitz in polka-dotted Saint Laurent at the Globes: cute or not so much? 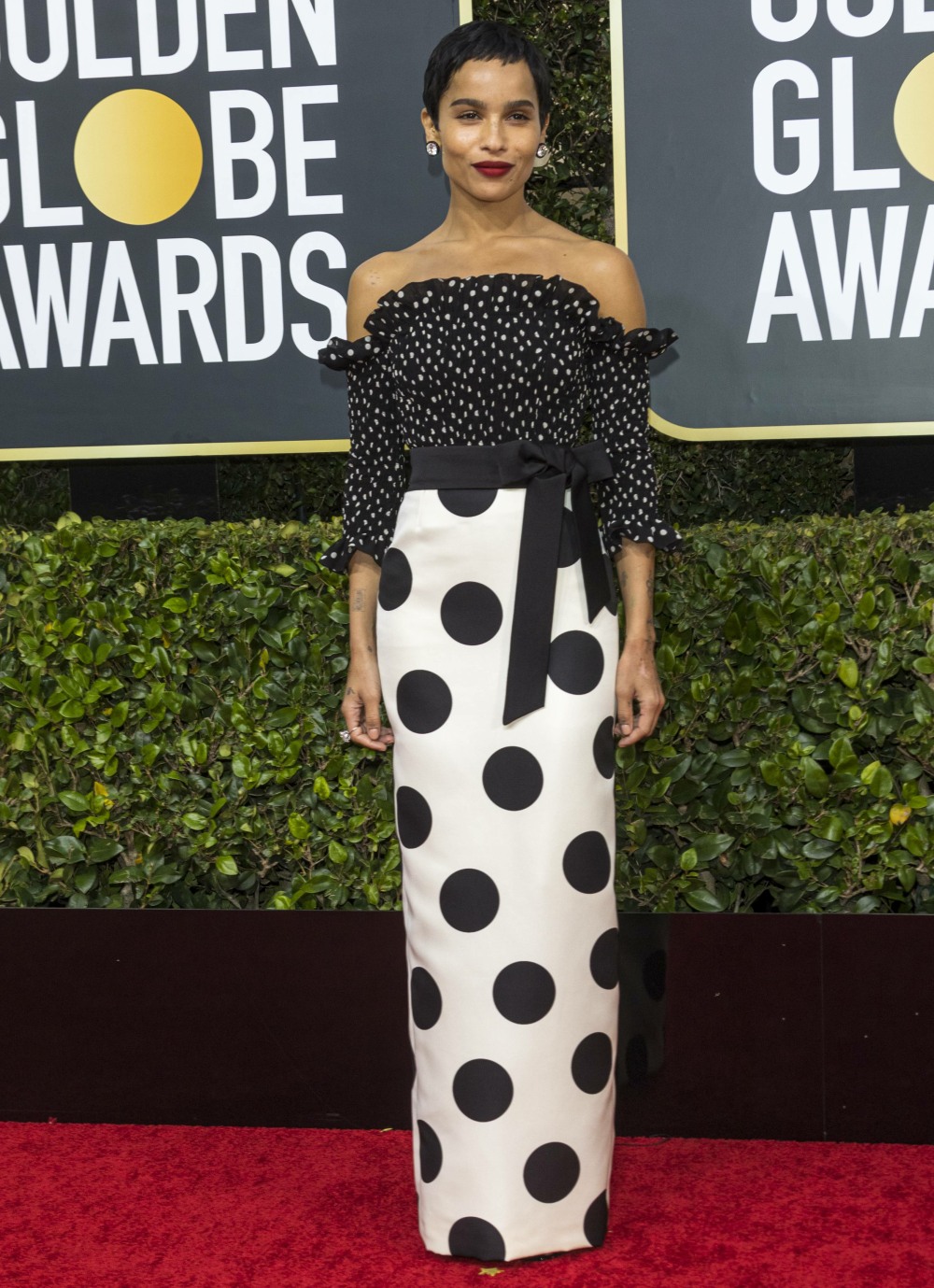 Here are the last photos from the 2020 Golden Globes, lord what a journey we’ve been on. Is it just me or was this year’s GG ceremony mostly okay? I think I’m getting jaded, because the only thing that really upset me was seeing my nemesis win an award. For this year’s Globes, there wasn’t really one consistent fashion trend either, did you notice that? People wore some tacky, wacky sh-t and some plain sh-t. I hope polka-dots are not on trend this year because… no, I dislike that. Zoe Kravitz wore a variation on two polka-dotted patterns with this Saint Laurent look, which… sucks? Yeah, I’ll say that full on. It sucks. Zoe had her family there though – her mom Lisa Bonet wore Fendi, and Jason Momoa wore a muscle shirt under his jacket. It was glorious. 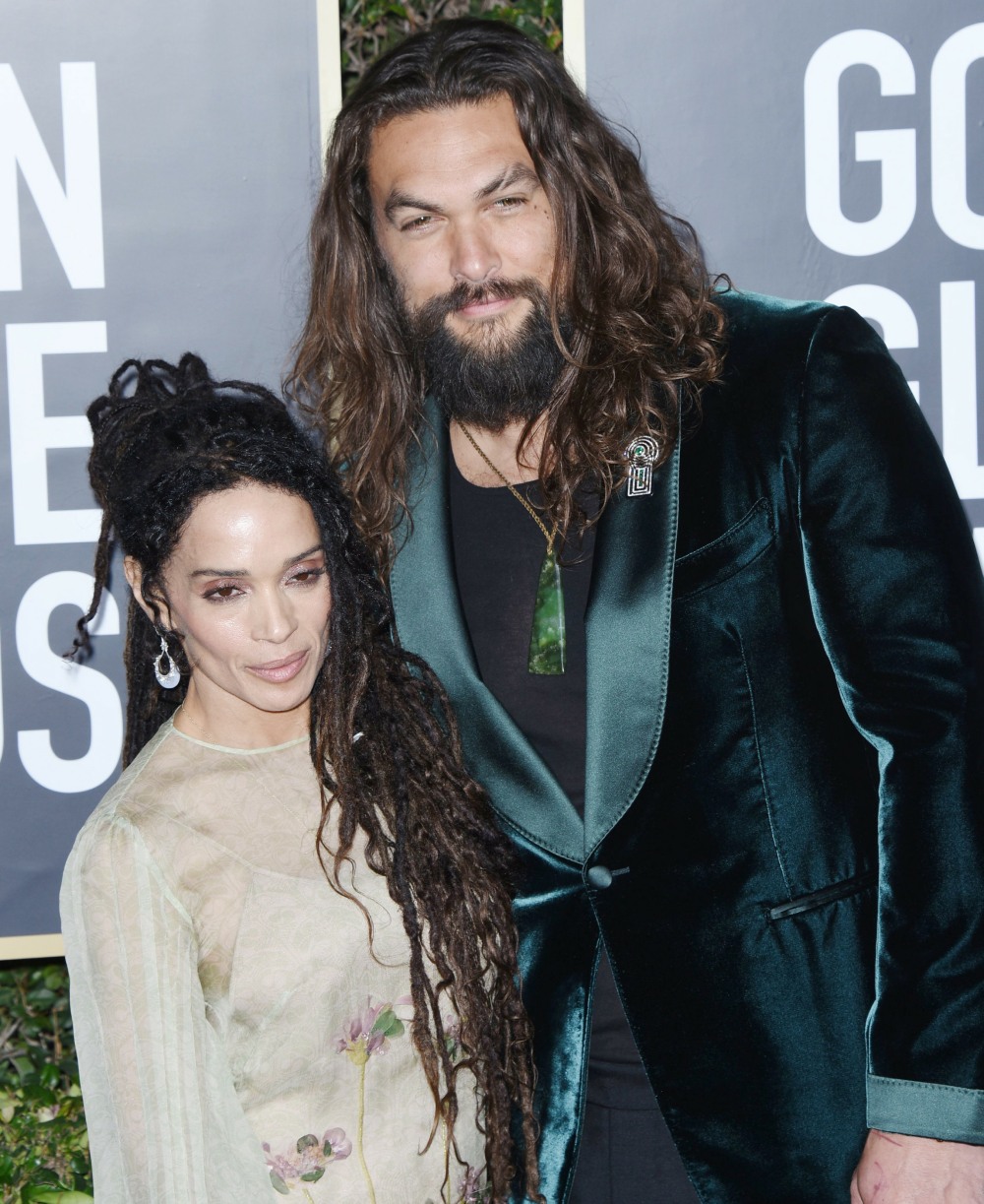 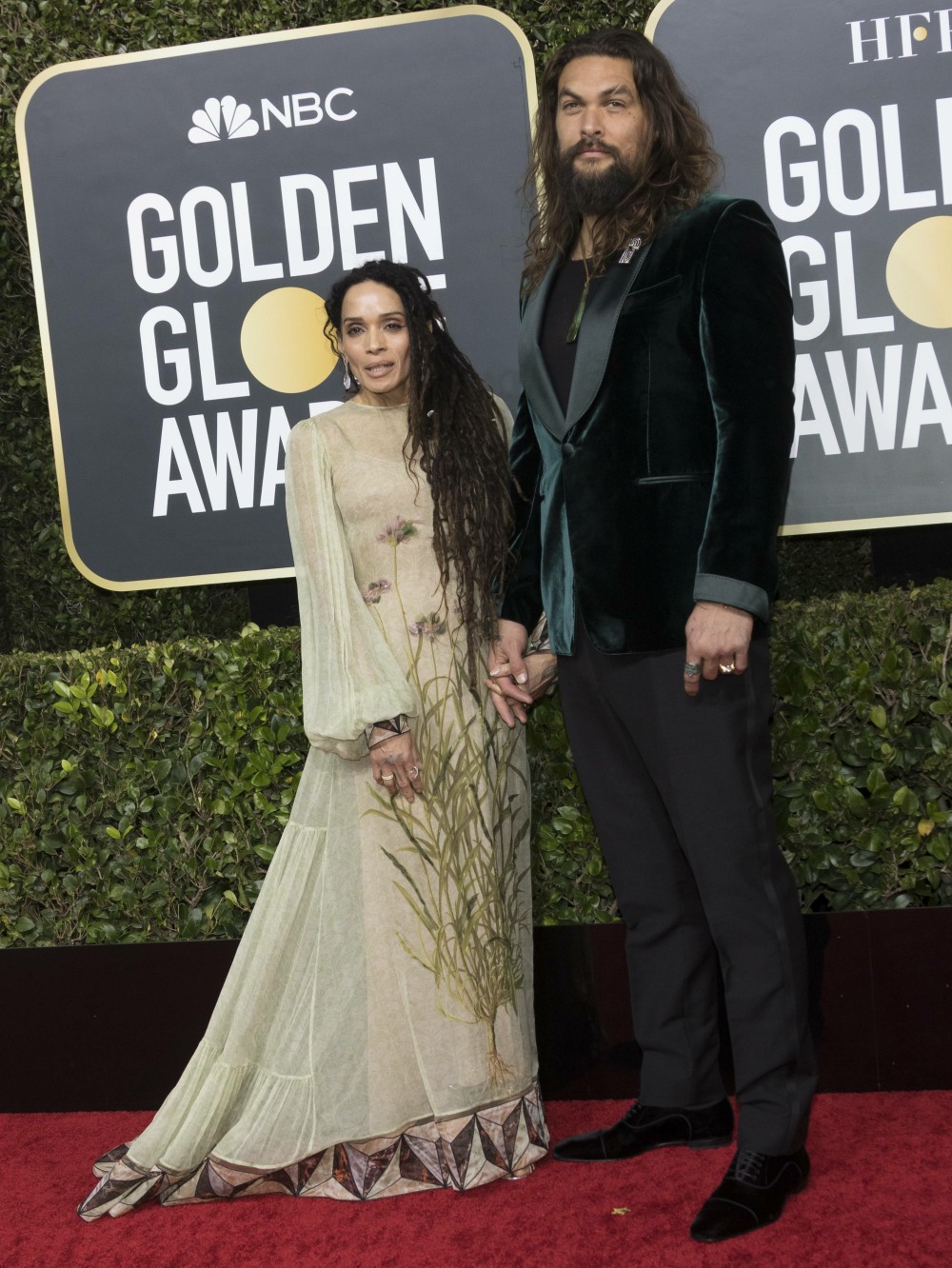 I was going to make a big deal out of Reese Witherspoon in this Roland Mouret gown but it’s kind of a nothingburger? It’s an okay dress, but it’s very same-y for Reese and the “waves” are not flattering.

Taron Egerton won a Golden Globe for Rocketman! What a nice, feel-good moment. 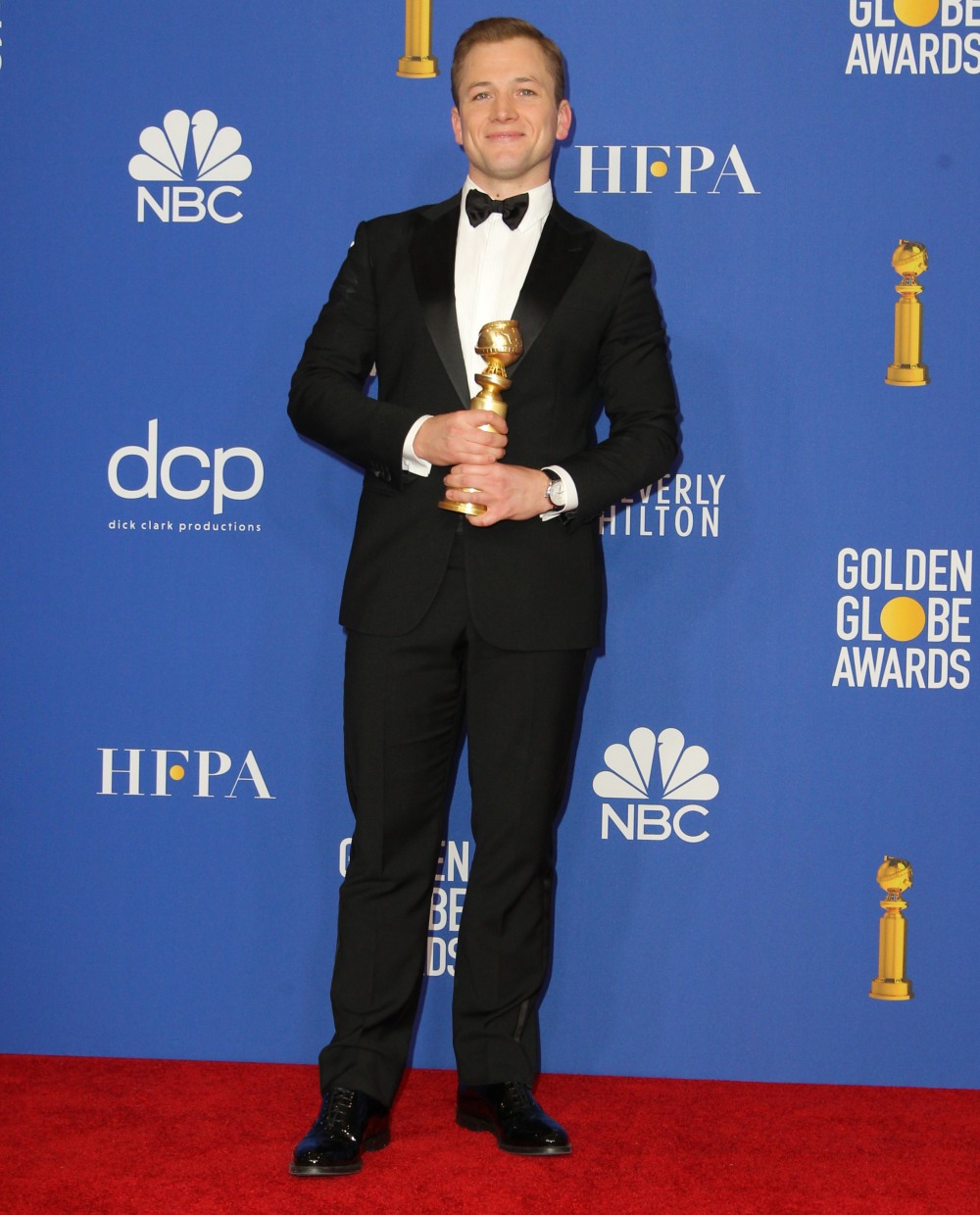 I didn’t really know where to put Ellen or what to say about her – she deserved the lifetime achievement award for being a trailblazer, absolutely. But it’s weird that her speech was the funniest and most genuine she’s been in years.

52 Responses to “Zoe Kravitz in polka-dotted Saint Laurent at the Globes: cute or not so much?”