Who was best-dressed actress Globes nominee, Renee, Saoirse or ScarJo? 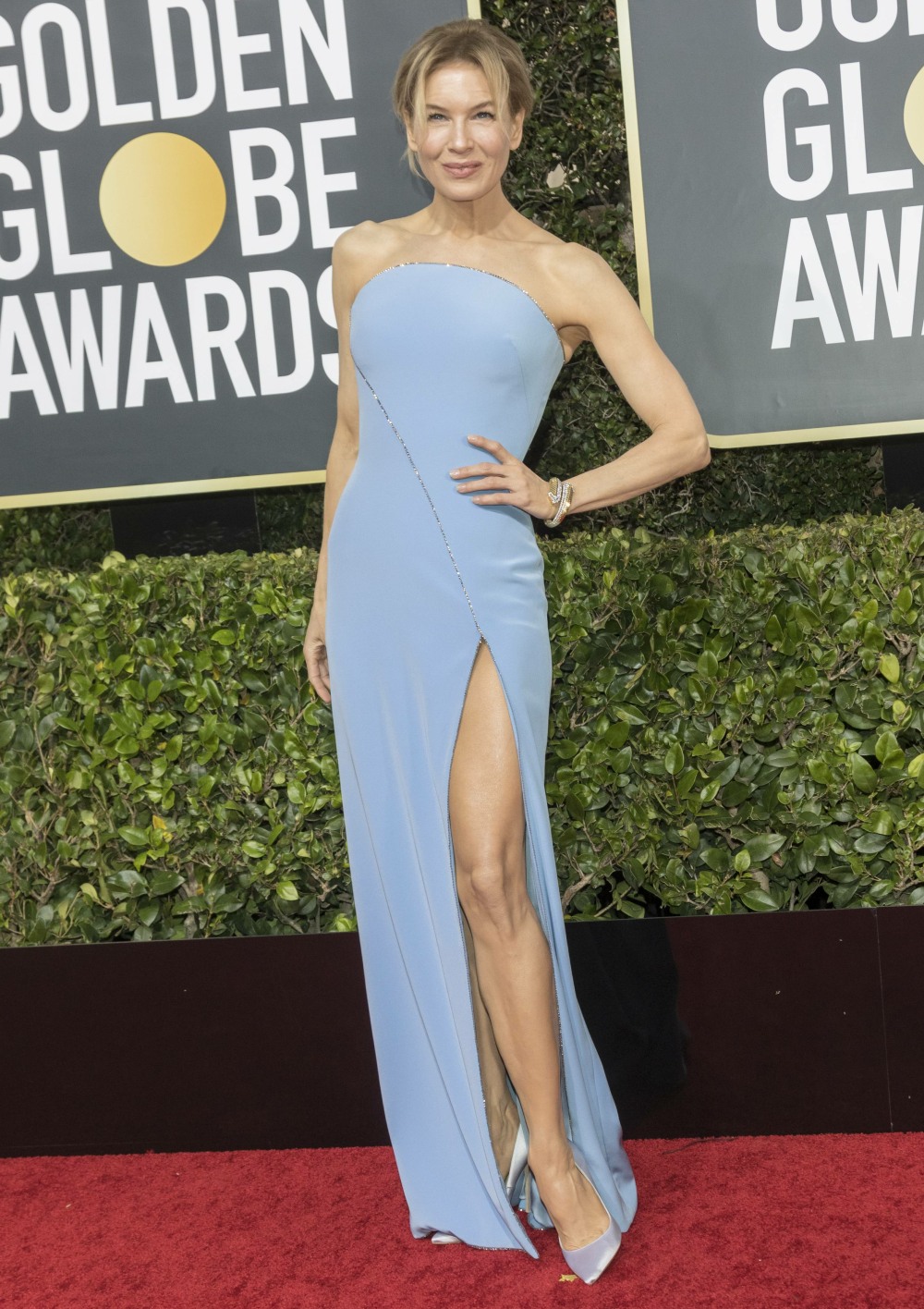 You know what didn’t register with me until just now? Awkwafina won Best Actress is a comedy/musical for her performance in The Farewell, which is more of a sad family drama. Then Renee Zellweger won Best Actress in a drama for Judy, where she sings and dances. Hollywood! Anyway, yes, it looks like Renee really is the frontrunner in the Best Actress race and I’m not thrilled about it. I thought Judy looked terrible from the trailers, but having watched it… it’s okay. It’s not the best movie, but it’s not the worst. Same for Renee’s performance – something like 90% of her performance is the excellent Judy Garland wig and the fact that Renee completely nailed Judy’s posture. The rest of it… the story, the script, the supporting performances, it’s all just kind of mediocre. Still, Renee showed up in a weak year, so good for her. She wore this lovely Armani gown which is reminiscent of all those Carolina Herrera gowns she used to wear. Question: Was Renee drunk as f–k? 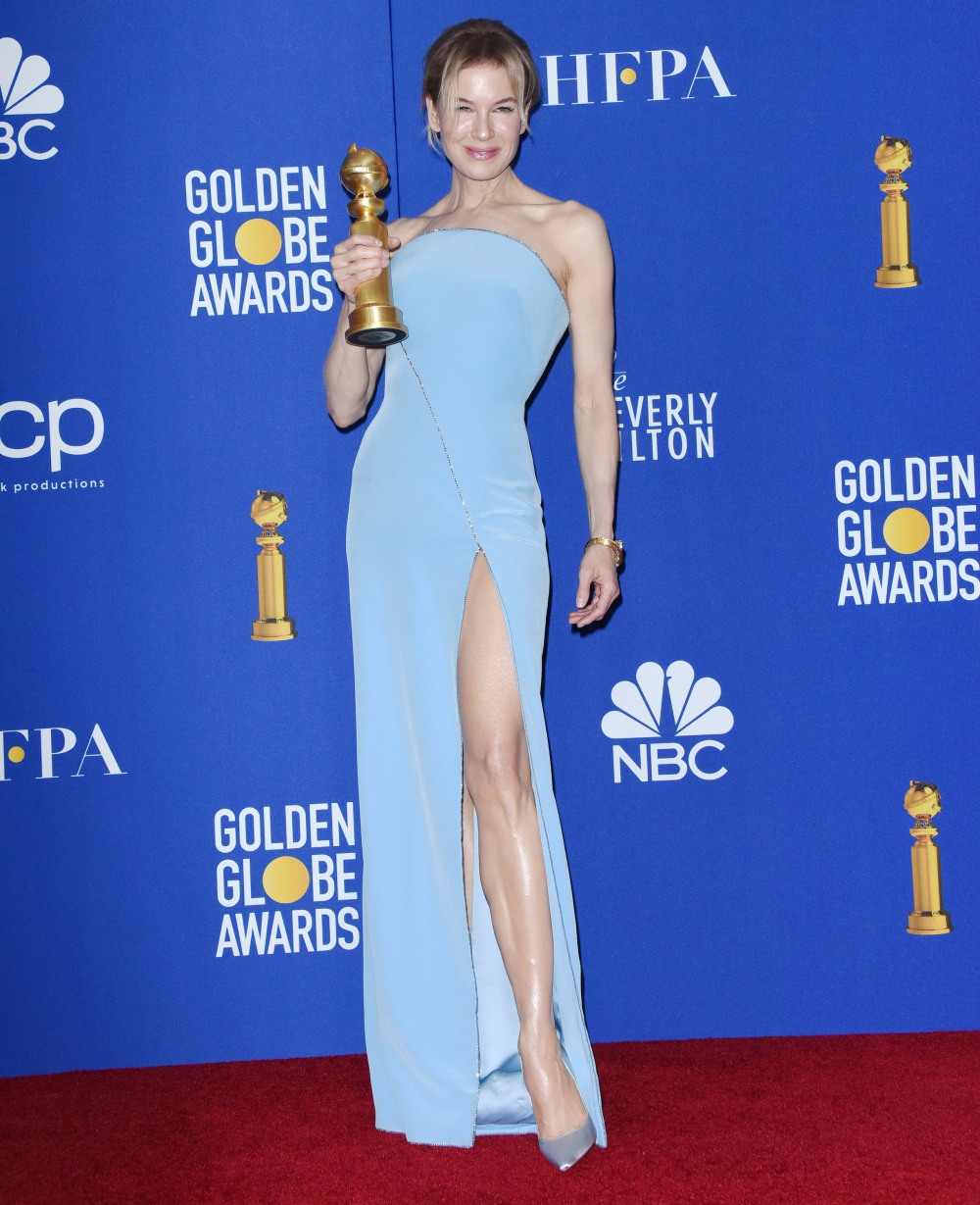 Renee’s biggest actress competitions, it would seem, are Saoirse Ronan and Scarlett Johansson. I was a little bit surprised the HFPA didn’t give it to ScarJo, if I’m being honest. ScarJo wore Vera Wang and she just looks EXHAUSTED. Is it bad makeup or is she just really tired at the moment? The gown is taffeta and prom-y and whatever. Saoirse Ronan wore Celine and I felt like she really phoned it in. Her fashion has not been great throughout the Little Women promo. Who would have thought that these two would be so underwhelming. 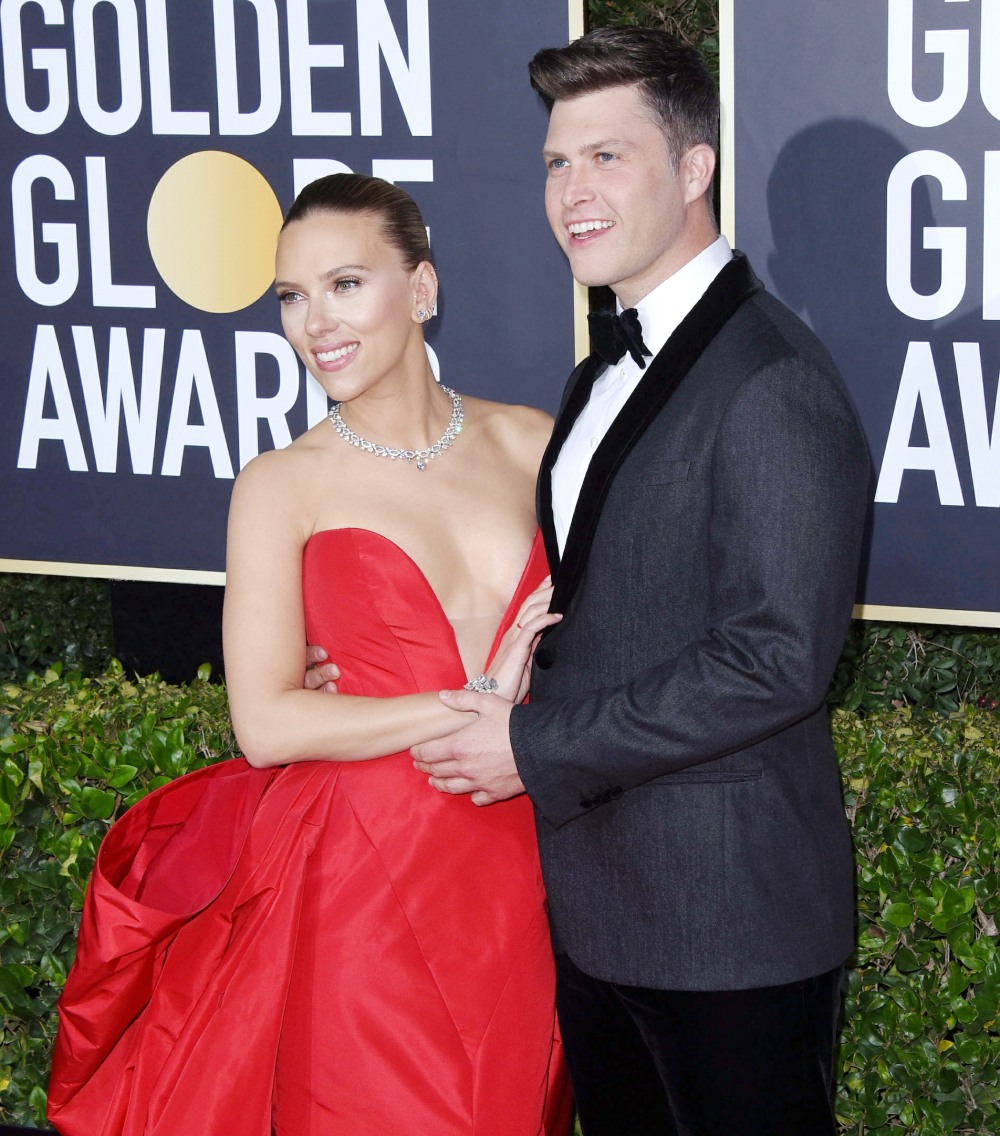 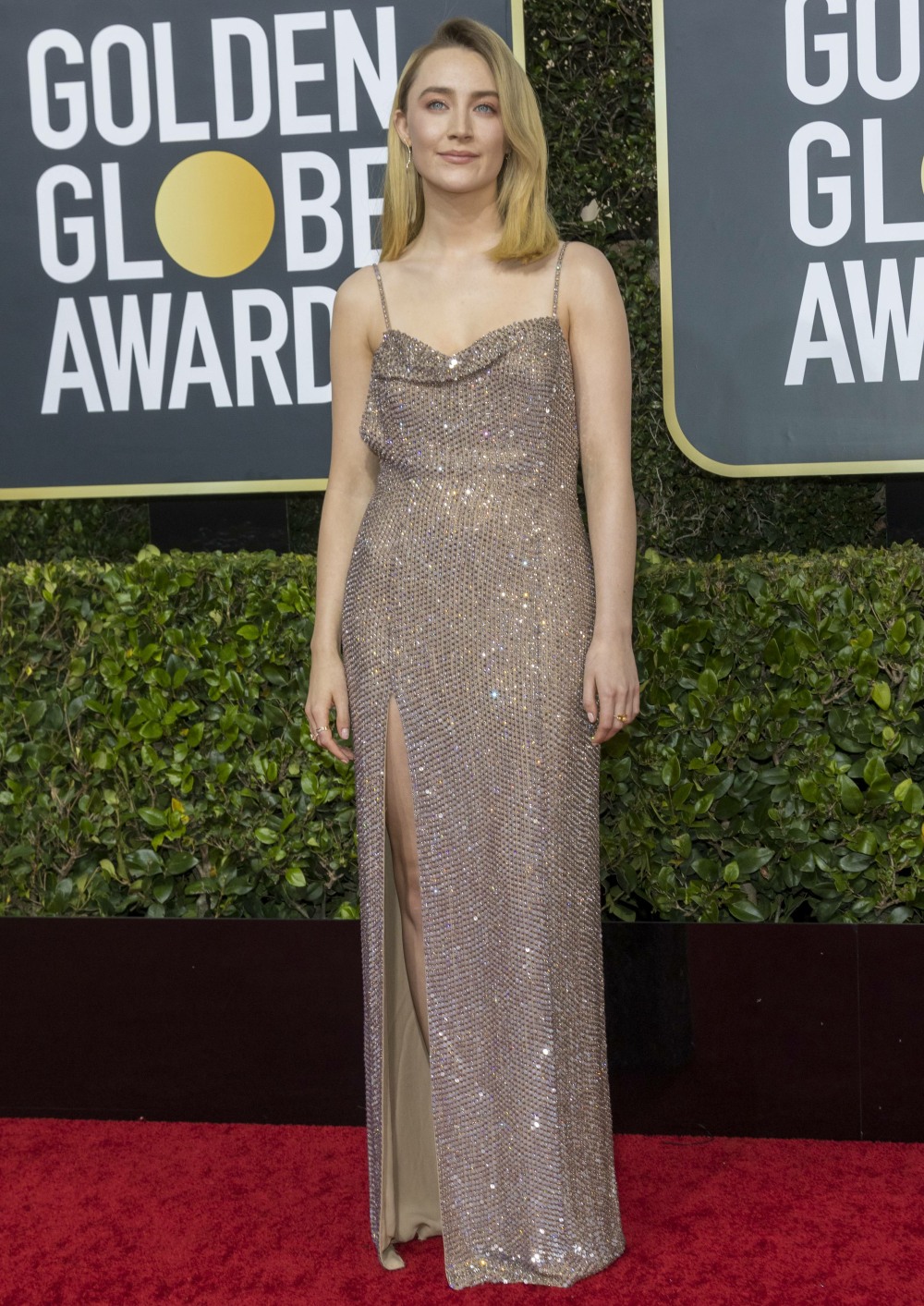 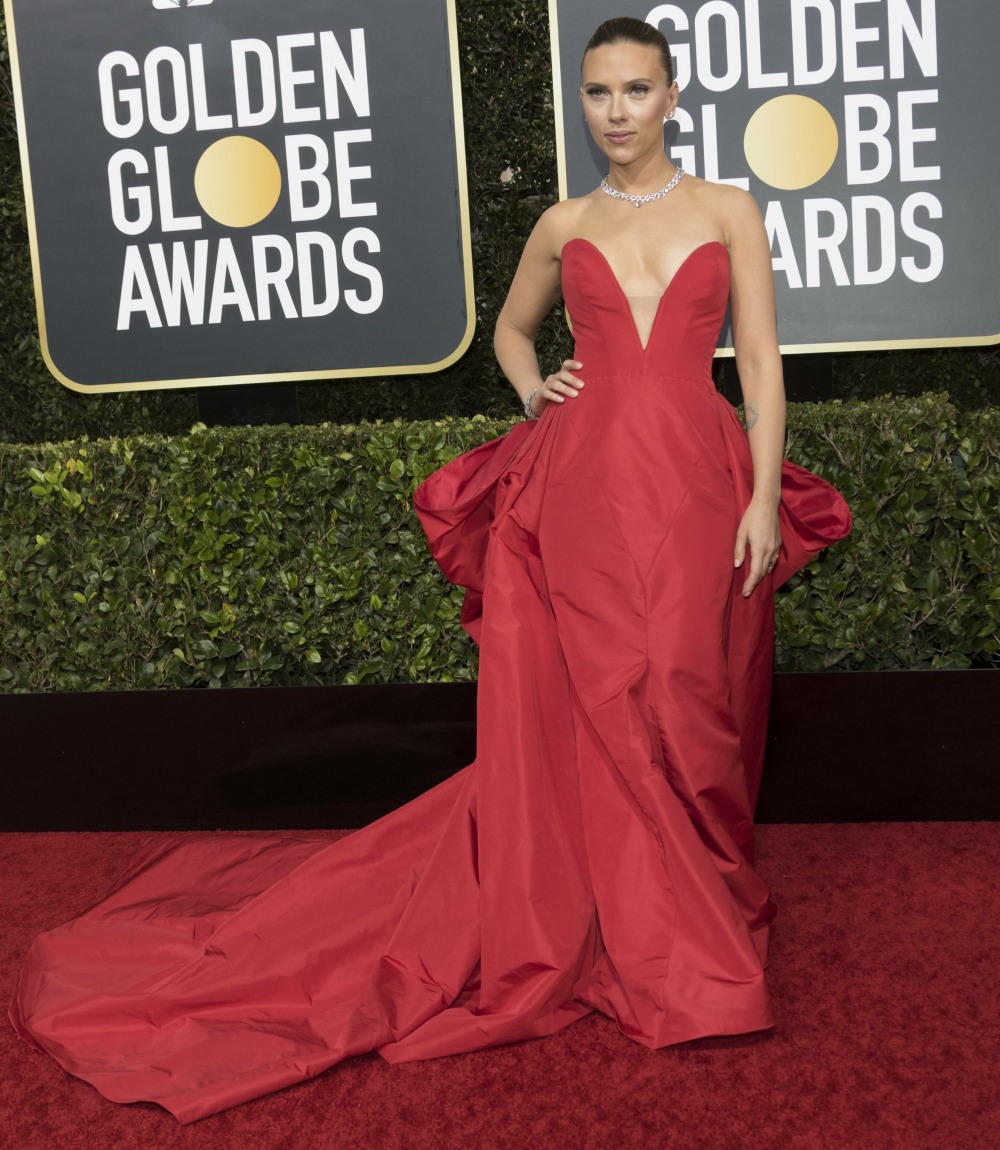 54 Responses to “Who was best-dressed actress Globes nominee, Renee, Saoirse or ScarJo?”