Laura Dern in Saint Laurent at the Golden Globes: one of her worst looks or striking? 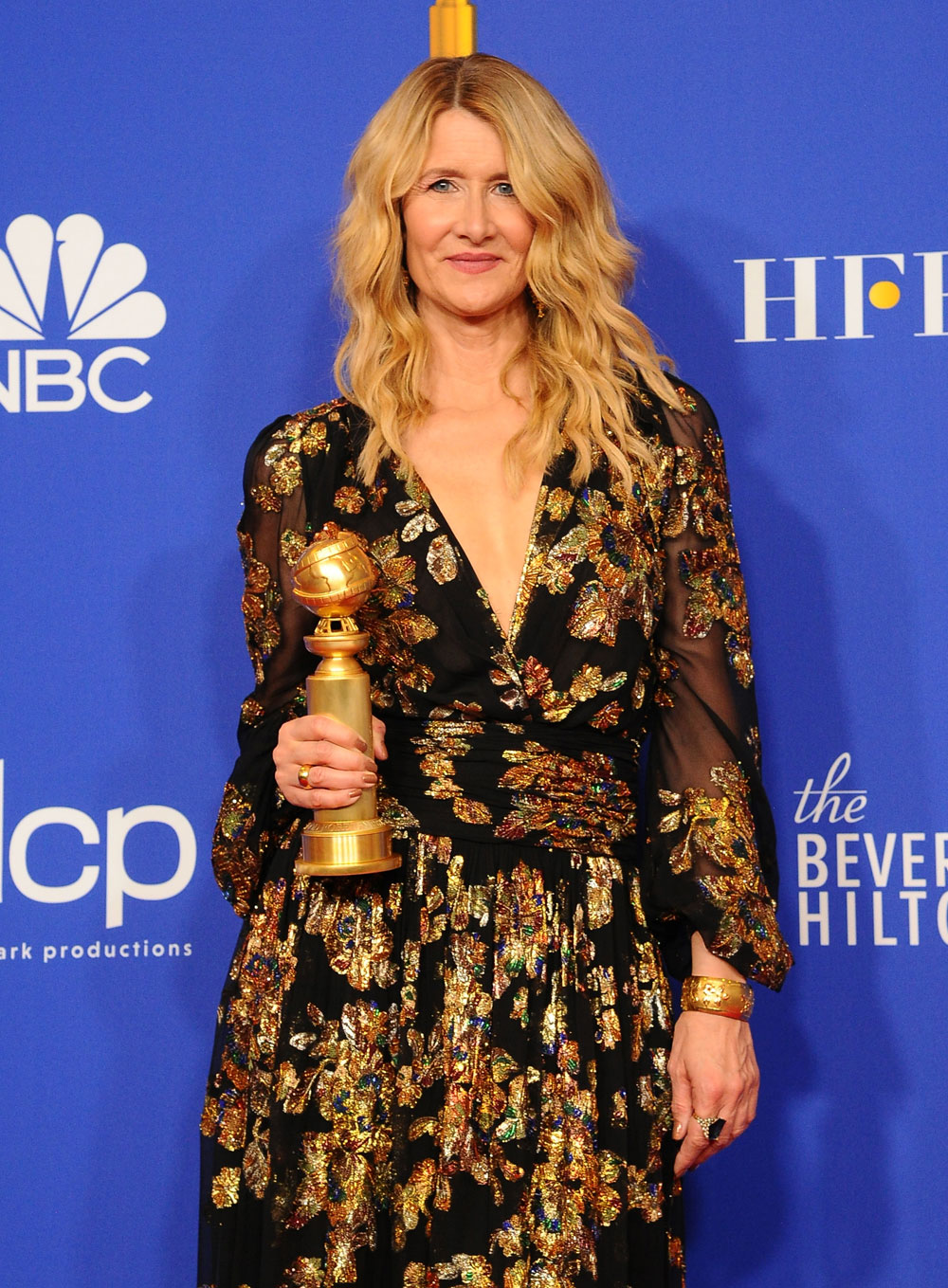 As you know, Kaiser calls Laura Dern her nemesis. If you want to know more about that, we talked about it on our podcast on episode #37 and this link is queued up to that part. She says Laura Dern overacts and that she rubs her the wrong way. I’ve always found Dern harmless, but I used to like her more and am now noticing the things that Kaiser mentions! Plus Enlightened was hard to take and I didn’t watch Big Little Lies. Dern won best supporting actress for Marriage Story last night, which could mean that she’s going to get an Oscar. She’s been nominated twice before. Laura Dern might get an Oscar before Amy Adams. She was in Saint Laurent and I thought this look was a mess and her hair was awful, but Kaiser actually liked it! Go figure. It does look better in photos than it did on camera and I see the appeal of it now. I think her styling was throwing me off. 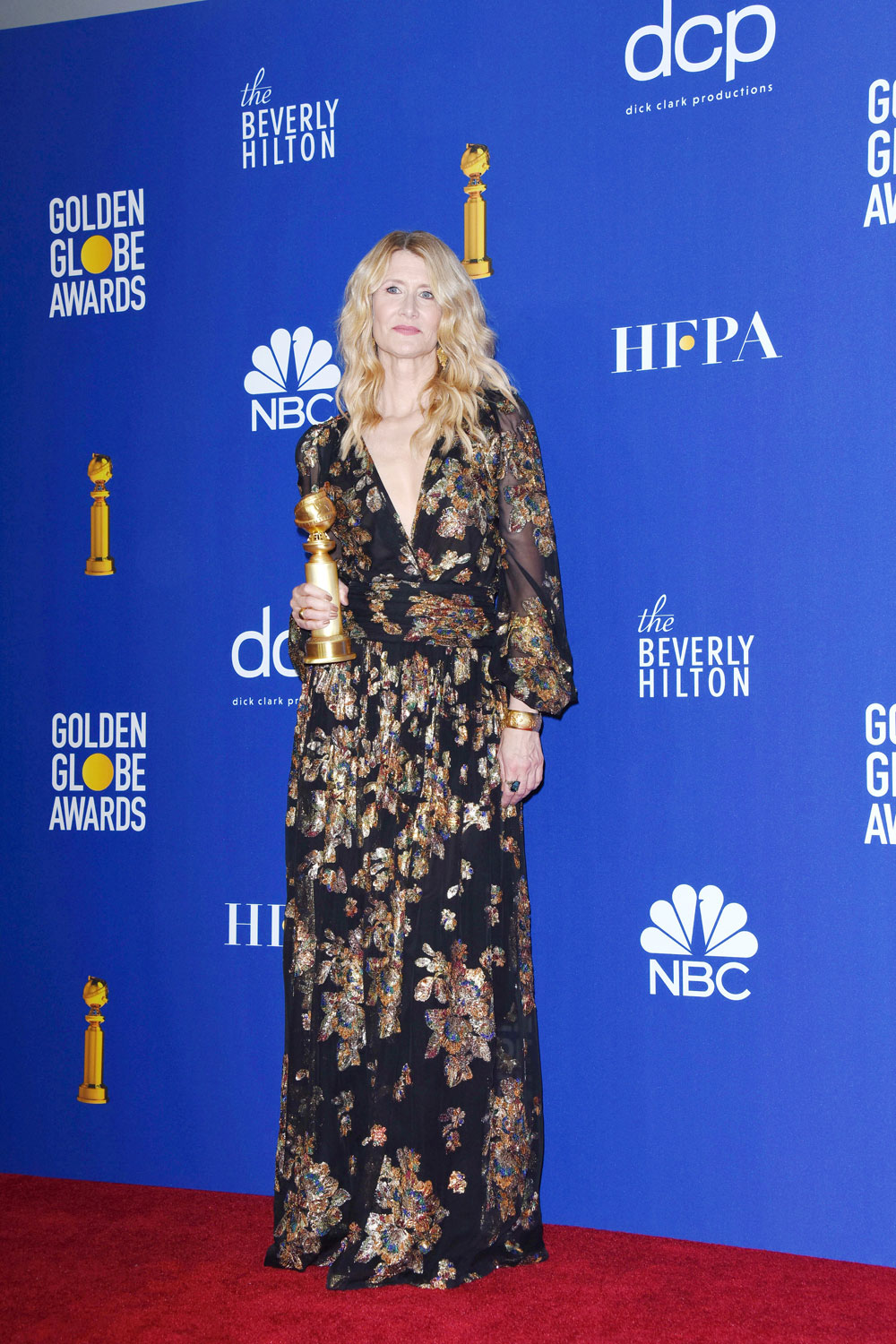 Leslie Bibb was in a tiered ruffle sequin gown by Honor. If you look at the bottom you can see that it’s actually ombre. I don’t think tiered ruffles ever work on dresses and there’s just too much going on with this and her face says it all. 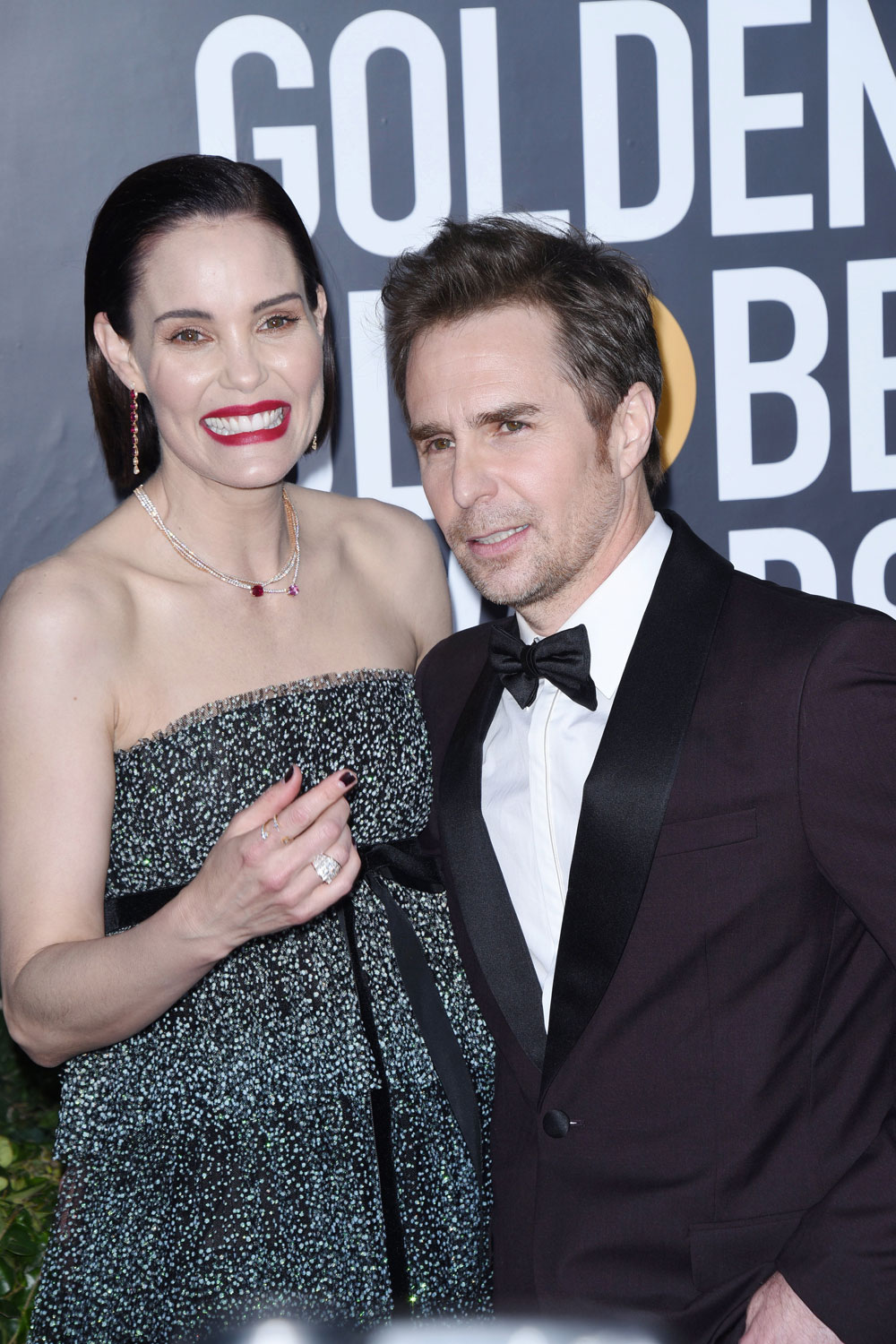 Bel Powley is on The Morning Show and she’s 28. She looks a lot younger than that, especially in this terrible light blue sexy Little House dress by Miu Miu. This looks like something Zoe Kazan would wear. 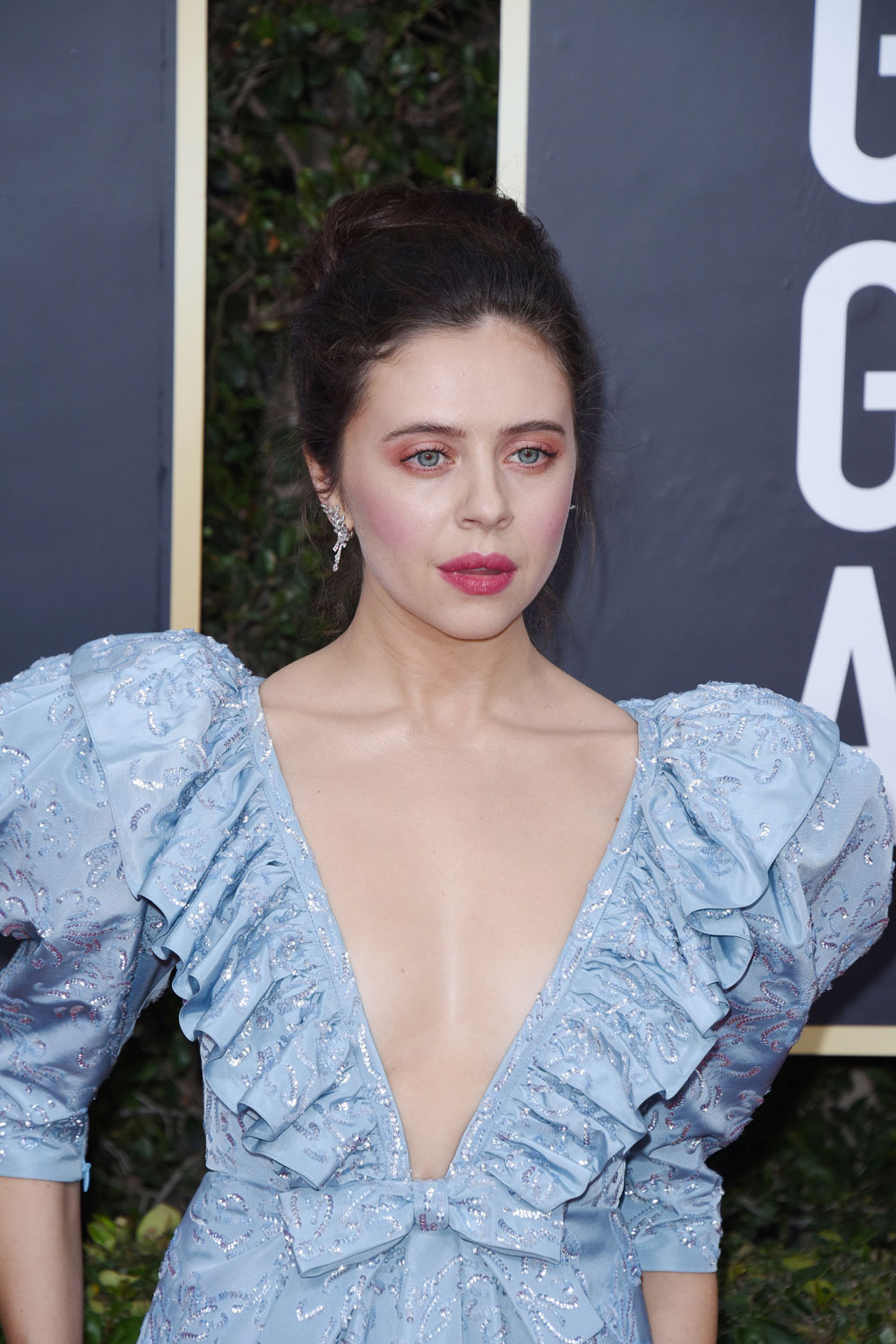 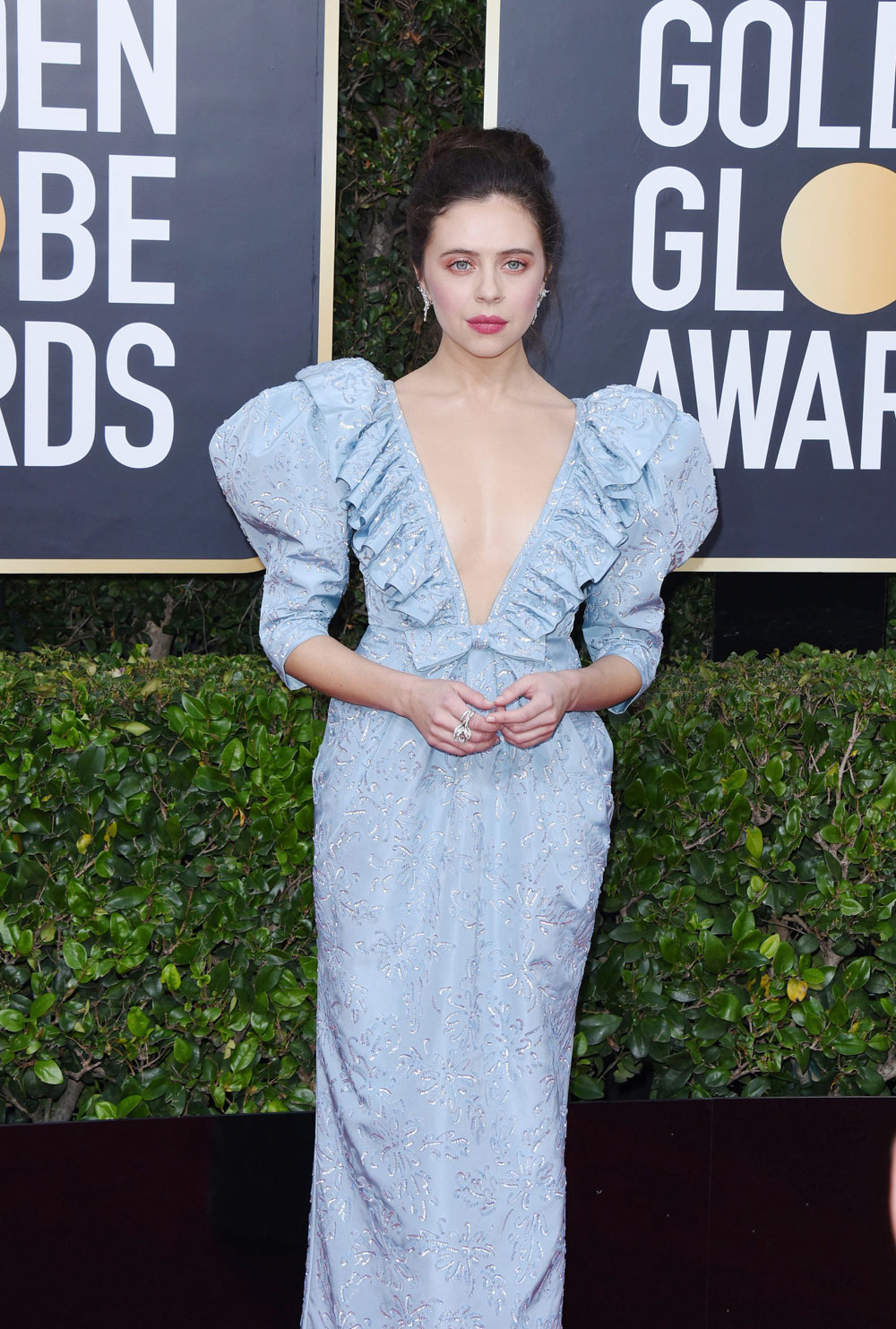 Amy Poehler was in a full length long sleeve green sequin Sergio Hudson. This might look better with just a plain belt. The gold buckle is odd, but I do like her hair and makeup.

25 Responses to “Laura Dern in Saint Laurent at the Golden Globes: one of her worst looks or striking?”