Rob Lowe: My ‘stupid Christmas elephant movie’ was streamed more than ‘The Irishman’ 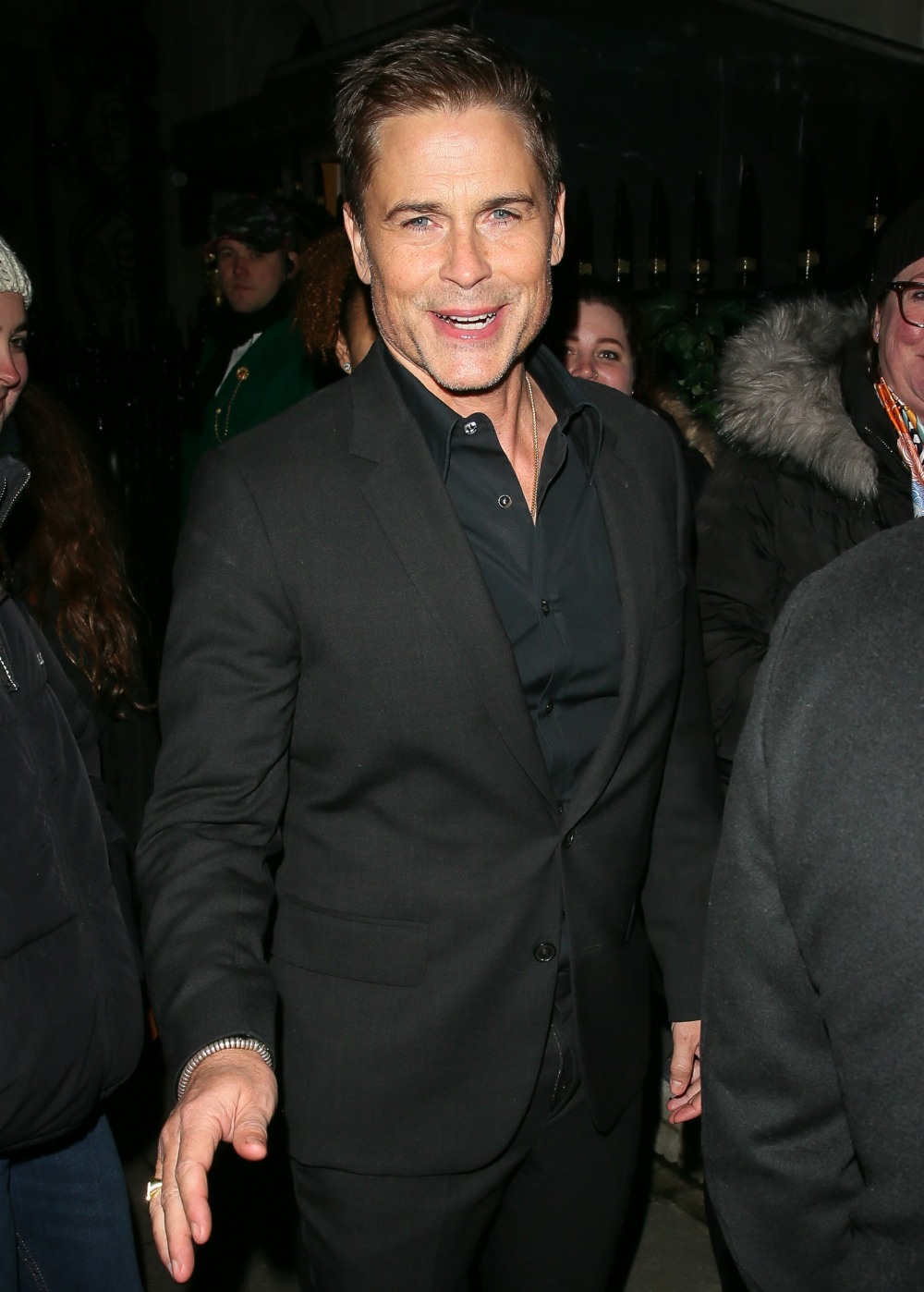 For years now, I’ve said that the business model of superhero franchises is not sustainable. And it’s true – the major studios cannot continue to pour $300-500 million into one film’s production, visual effects, marketing and worldwide promotion, all while ignoring original stories and mid-range budget dramas and comedies. Weirdly, the answer to the studio-superhero dilemma has been streaming. Netflix, Hulu, Amazon Prime and now Apple+ are all financing those mid-budget dramas and comedies. And at the same time, those streaming companies are picking up the slack when it comes to financing and producing “prestige films,” films which will win awards. Martin Scorsese’s The Irishman was one of them – no one knows how much Netflix really spent on that, but it’s definitely more than $100 million, probably closer to $200 million. So will Netflix see that money back? It’s weird because Netflix hates to release its internal data, and so the model has changed again – it’s not about box office, it’s not even about how many people streamed it.

All of which to say, Rob Lowe is bragging about how his dumb Netflix movie was streamed more than The Irishman. Someone at Netflix told him that and he repeated it to People Magazine.

Rob Lowe has seemingly just earned bragging rights over one of the biggest directors in Hollywood! The actor, 55, spoke to reporters at the Television Critics Association while promoting his FOX show 911: Lone Star where he claimed his Netflix Christmas film, Holiday in the Wild, surpassed Martin Scorsese‘s The Irishman in terms of viewership.

When asked about filming locations, Lowe said he doesn’t “care where I’m working as long as it’s with people I like, people I like to work with and are telling good stories.”

“I just did a movie for Netflix, it was the number one movie that they have,” Lowe claimed. “It was a stupid Christmas elephant movie. Take that Martin Scorsese. They were like don’t tell anybody.” Lowe added, “Anyway, I will work wherever the opportunities come from.”

Holiday in the Wild was released on Netflix in early November. It stars Sex and the City‘s Kristin Davis as Kate, a woman who embarks on a solo second honeymoon in Africa after her husband ends their marriage. There, Kate meets Derek, a pilot played by Lowe, and the two rescue a baby elephant.

First of all, do you even believe that this is true, that his movie was more-streamed than The Irishman? I believe … someone told him that. Maybe it’s even true. I still haven’t seen The Irishman, but isn’t it like five hours long? CB talked about this in her mini-review of The Irishman, that Netflix bragged about how millions of people had watched at least 70% of the film. So, more people might have streamed Rob Lowe’s “stupid Christmas elephant movie” but The Irishman is the one winning awards, so blah.

Here are some photos of Lowe in the stupid Christmas elephant movie. 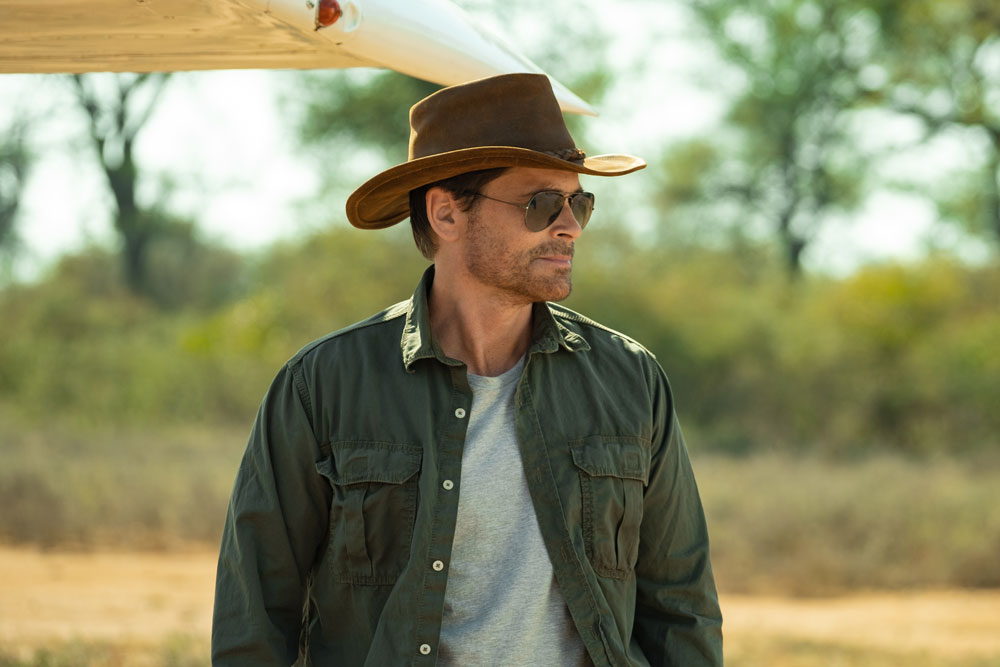 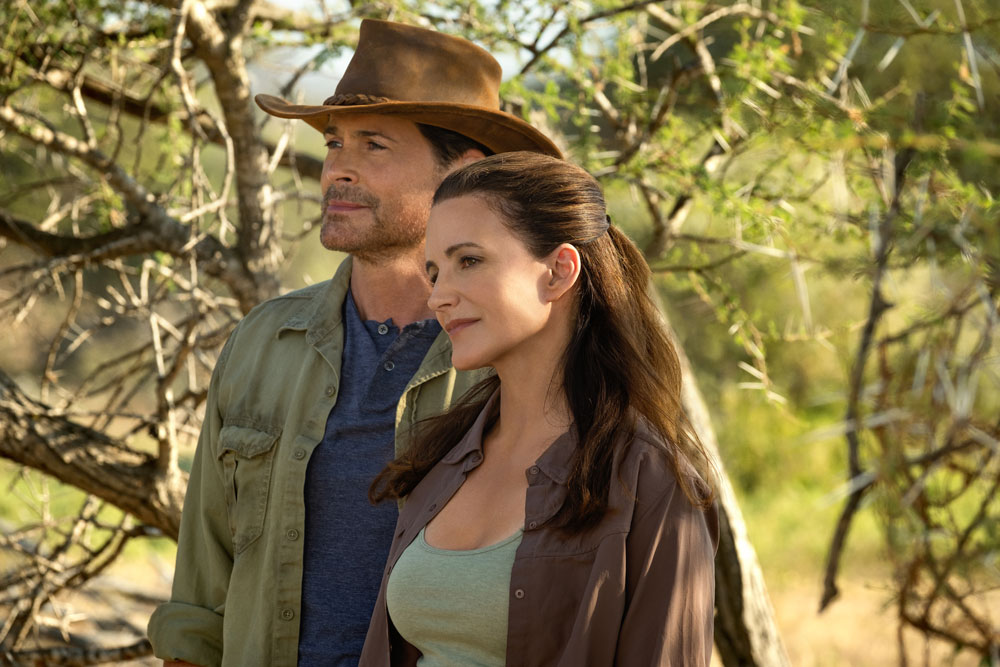 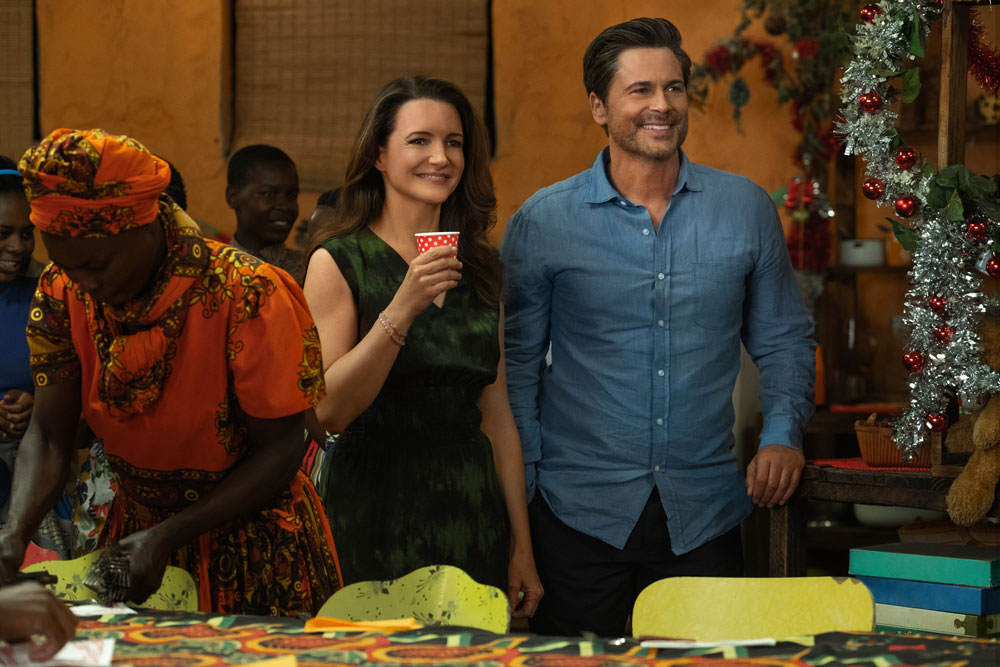 33 Responses to “Rob Lowe: My ‘stupid Christmas elephant movie’ was streamed more than ‘The Irishman’”