Zoe Kravitz on her bulimia: ‘I am very vigilant. It’s a disease, I never let myself forget that’ 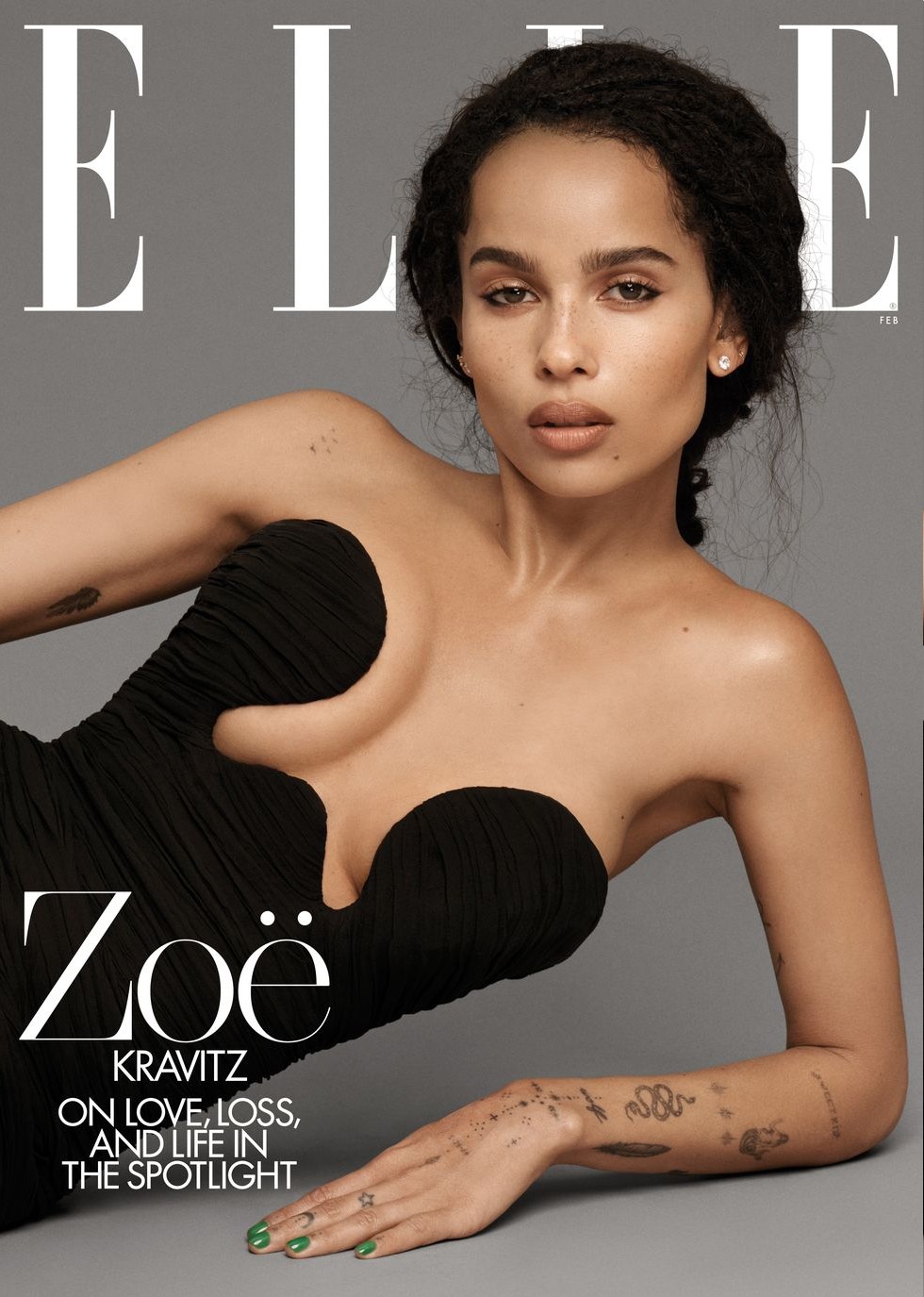 I know there are Zoe Kravitz Stans who swear that they love her with a pixie cut and/or blonde hair, but for me, she’s most beautiful with long, dark hair. I just think that suits her the best. So I’m finding her February Elle Magazine covers SO beautiful. No bangs, no blonde, no weirdly flattened-down boy-cut. Lord, she’s pretty. Zoe covers Elle to promote her Hulu series High Fidelity, based on the Nick Hornsby book of the same name, which was already adapted into a (very good) film starring John Cusack. Zoe plays the lead in the gender-reversed show. You can read the full Elle piece here. Some highlights:

Her wedding ring: Her wedding finger is host to a five-stone, rose-cut eighteenth-century diamond engagement ring and a twisted gold band.

The role in High Fidelity spoke to her: “The part of Rob is the closest thing to me I have ever played. I know Rob so well. I, too, found being a teenager and young adult hard to navigate, and music was a refuge for me, somewhere to hide. I made playlists and would lie on the floor of my room listening to Jeff Buckley, learning the lyrics to songs that were the emotional soundtrack of my life.”

Moving to Miami when she was 11: “I didn’t like my new school. I didn’t feel like I fit in anywhere, and I was surrounded by an enormous amount of beauty and posturing. I was a chunky, perfectly normal-looking 15-year-old, but I had this remarkably beautiful skinny mother and a father who was dating a supermodel, and I felt short and ungainly.”

When Nicole Kidman was engaged to Lenny: “I was a grumpy teenager with her.”

Dealing with bulimia: Kravitz became bulimic in those teen years. Not long after, she moved to New York, so she was able to hide her condition from her parents at first. But once they discovered what she was going through, she began therapy. She suffered from the illness for about a decade. “I’m okay now,” she says thoughtfully. “But I am very vigilant. It’s a disease, and I never let myself forget that.”

Family life: “I’m used to my family living in different cities, yet we stay close while all doing our own things.” Does the same go for being a newlywed? “Yes. I mean, Karl has his own career and needs to focus on that, but we’ve been together for a few years now, and we know where we are. If anything, the best part of being married is being able to have the odd fight and knowing neither of us is going to walk out the door. The commitment feels safe.”

My vibe from Zoe and Karl is that he worships her and she’s “in charge” of the relationship, you know what I mean? Like, she’s the one dictating the terms of the relationship/marriage. I also wonder if Zoe is just kind of a romantic and Karl is just-for-now and she’ll move on at some point. But that’s just me being cynical. I truly wish them well. There was a lot in this interview about the show and how Zoe did a lot to create the vintage-flavored wardrobe for the character and how she kept a lot of the clothes too. Which is funny – she talks about fashion as an “addiction,” and it’s clear that she has a very big, very cool closet. I would love to see it. 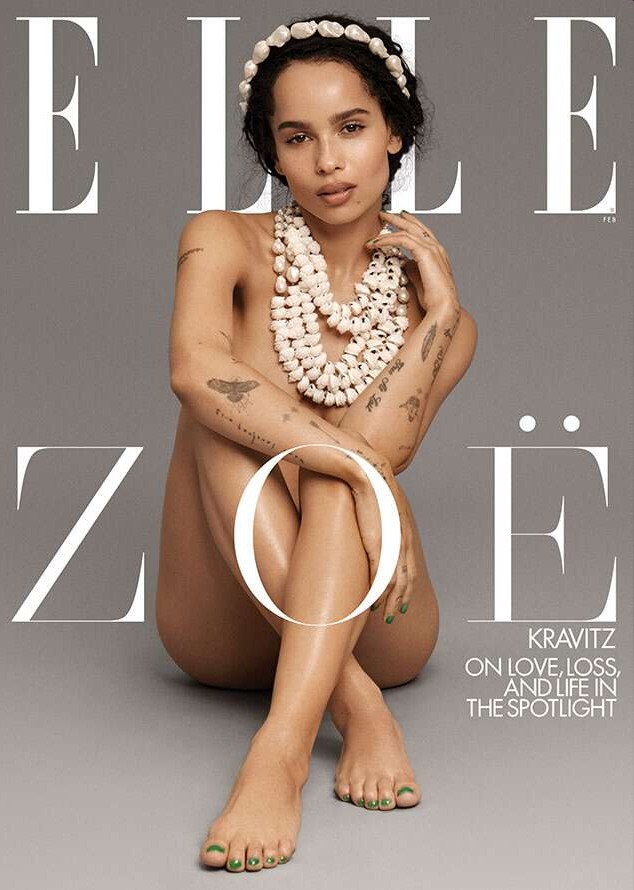 23 Responses to “Zoe Kravitz on her bulimia: ‘I am very vigilant. It’s a disease, I never let myself forget that’”