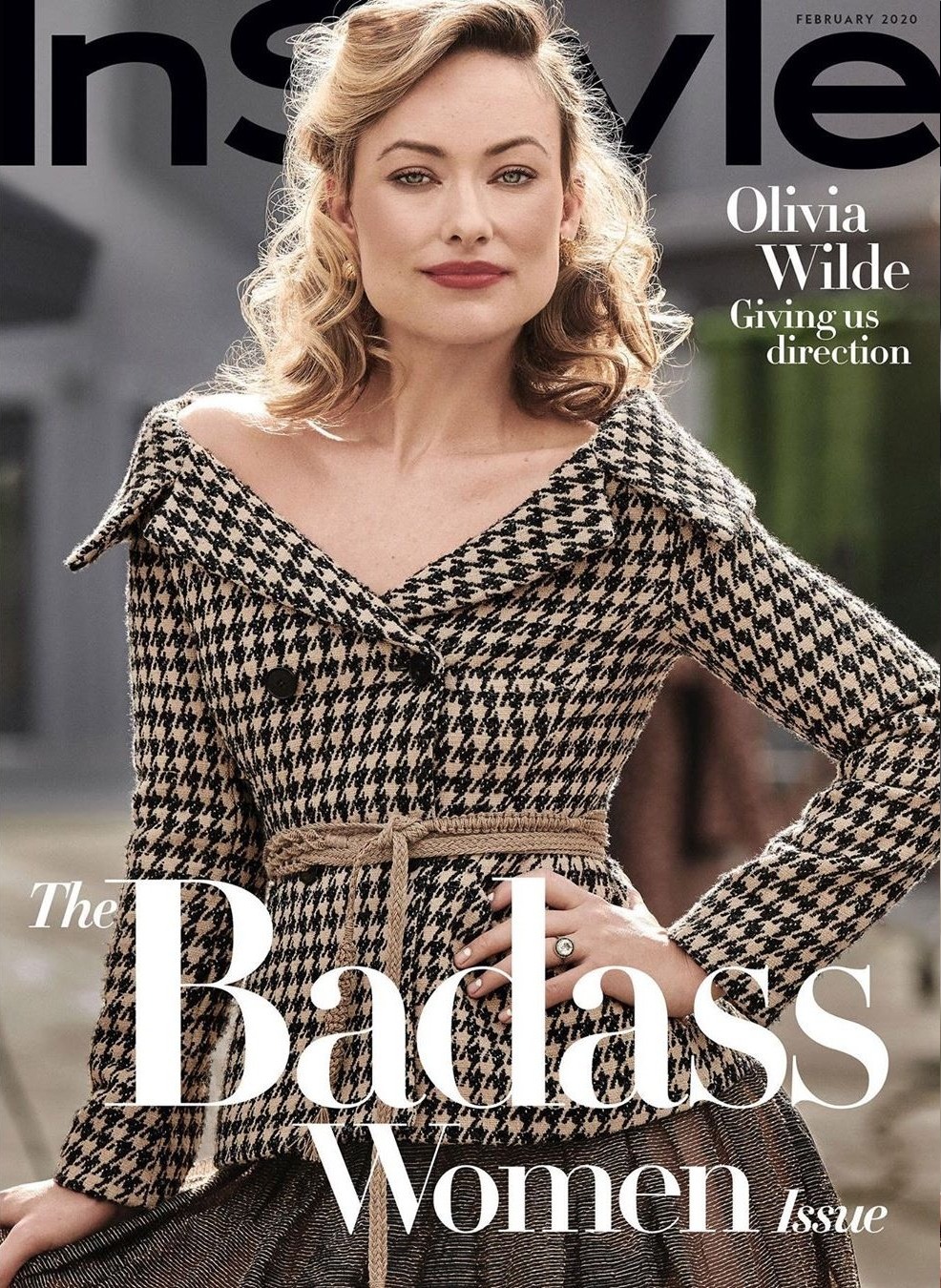 Olivia Wilde directed Booksmart, which I finally saw over the holidays. I was actually very “in my feelings” about it. Overall, it was an okay movie and I’m proud of Olivia for bossing it up, putting it together, directing it and working with so many women on such a female-specific story. I also felt exposed about how accurate some of those depictions were. That being said, I was disappointed by the fact the film was SO white and I really did feel like Olivia could have done a better job there. Then again, why should Olivia be held to a different standard than most (male) directors? I don’t know. As I said, that movie had me in my feelings.

Anyway, Olivia Wilde covers the latest issue of InStyle. The photoshoot is good and so is the interview, which was conducted by Booksmart star Beanie Feldstein. You can read the full piece here. Some highlights:

The Daisy Chain of lifting up other women: “The Daisy Chain is about wanting to lift each other up. I celebrate it because for a long time women have been told that in order to succeed, we have to push people out of the way. [Producer] Jessica Elbaum was someone who dared me to take myself seriously. There were so many people who said, “Oh, you should direct.” But there aren’t many who will actually help you when you’ve never done it before. Jessica had the confidence in me to put her own reputation on the line by recommending that [production company] Annapurna hear my pitch for Booksmart. And that’s real generosity.

The best career advice she’s received: “Make the things that only you can make. Once it’s in your hands, it will be different from everyone else’s work. Fellini wasn’t protective of his scripts. He’d say, “I’ll send it to you, but you won’t make my movie.” I love that concept because it leads you to a place of creating something original.

The decision to not go to college: “A lot of people say, “I’m the first person in my family to go to college,” and I always joke that I’m the first person in my family not to go. I was eager for life experience. And there was such pressure to start young as an actress… I remember meeting Scarlett Johansson at a party when we were 16. She was already making movies, and I was like, “Ugh, I’m so behind.” So, I leapt into work. By the way, Jason [Sudeikis, Wilde’s partner] didn’t go to college either, so we’re already prepared for our kids to say they don’t want to go. I’ll carry my own baggage into that conversation when I encourage them to go.

How much she sleeps: “About five hours. It’s forever a process of trying to find the balance. For me as a mom, time becomes essential, because there’s so little of it when you are focused on keeping people alive. Then the time that’s left for you becomes very potent, and you can achieve great things with it. I do like the idea of relaxing, but my best ideas don’t come from those moments of rest. I get those when I’m jumping on the subway and racing to a meeting.

What she wants to teach her kids, Daisy & Otis: “With Daisy, I have witnessed how women are born with an incredible amount of strength and that society quickly pushes them to assume the more feminine role. I mean, I love that Elsa is looking pissed off on the Frozen 2 poster, but there’s still an awful lot out there that’s encouraging young women to make themselves the weaker sex. My role is to be a safe zone of support that’ll hopefully counteract what society will inevitably do to them. When Daisy hits a place where she questions her worth, I want to be the one to remind her of the strength she innately has. But it’s interesting because having a boy and a girl, you really notice gender politics within your own home. She’ll clean up his plate for him after dinner, and I’m like, “Put that back!”

She loves a low-rise jean: “I’m still pretending to be a teenager from the early aughts. My most comfortable state is when I’m wearing low-rise jeans, sneakers, and a sweatshirt. In that, I am unstoppable. And if I’m in a high-waist jean, I can’t let my gut expand. When I see pictures of people like Paul Feig directing in full-on outfits, I’m like, “How?”

I too love a low-rise jean and it’s totally because of the ‘90s and early ‘00s, The Low-Rise Era. It makes me feel better knowing that Olivia is a fan of that style too. As for only sleeping five hours… my sleep patterns are always messed up in the winter months, I think I understand that now. I can get by on 5 or 6 hours of sleep at night, but I’m better at EVERYTHING when I get 7 or 8 hours. The rest of it… it’s fine. I can’t believe her daughter is already “caretaker” vibing on Otis. 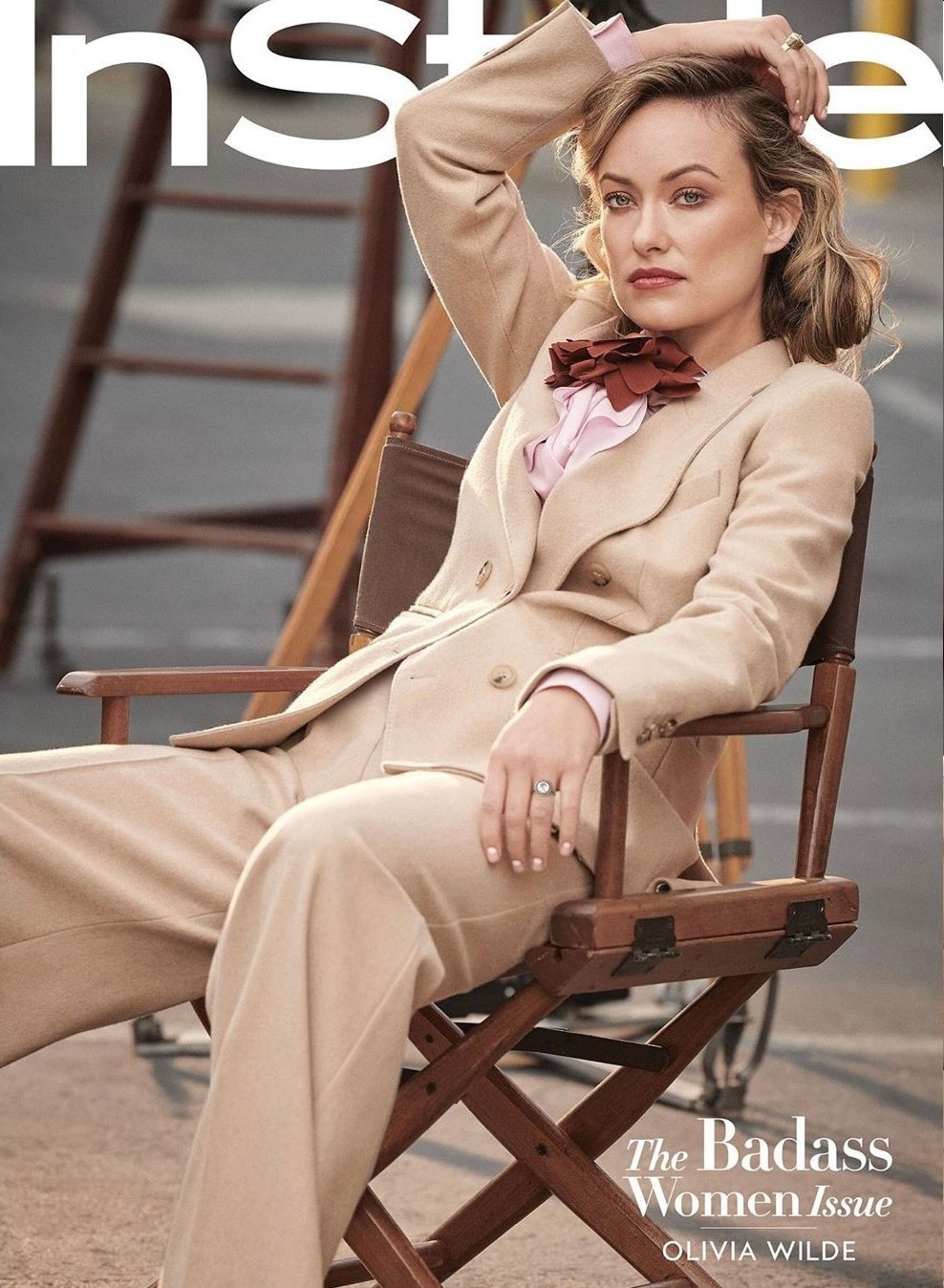