Laura Dern in Emilia Wickstead at the Critics’ Choice Awards: too orange or striking? 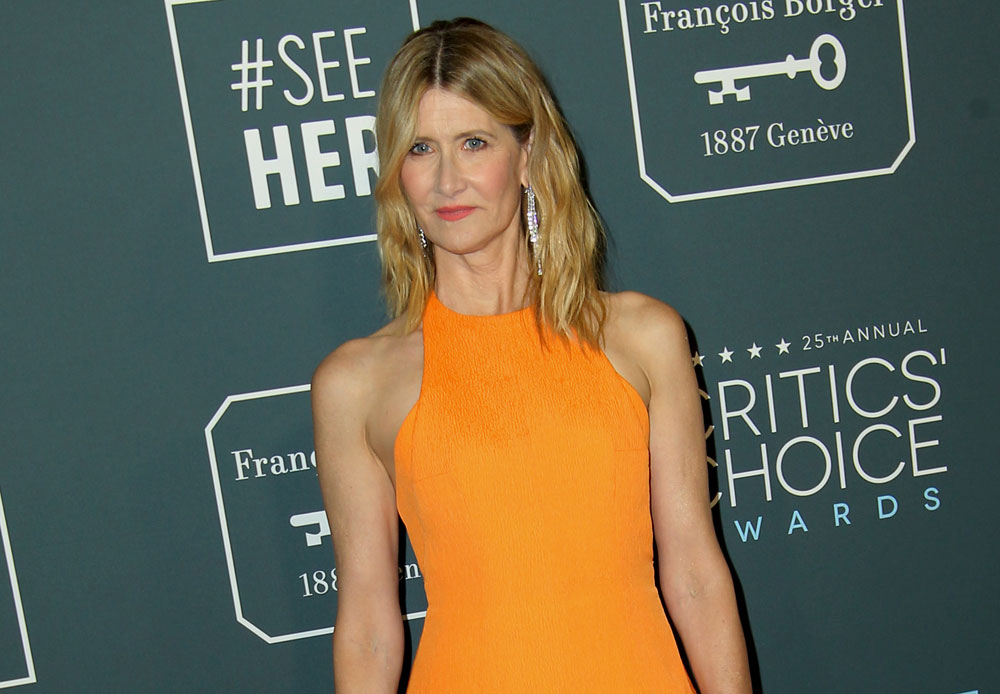 It’s strange how different trends come up on specific red carpets. Do you remember how the big trend was pink and red just a couple of months ago? Last night at the Critics’ Choice Awards it was definitely bright yellow and orange. So many women looked like highlighters. There were some lovely bright dresses, it was just an unexpected color choice and different from the canary yellow which was inexplicably popular a while ago.

First off is winner Laura Dern in Emilia Wickstead. This was one of my favorite bright dresses in that it’s very flattering, it highlights her great figure and it looks classic and comfortable. Her hair is a bit undone for me, but overall it’s a great look. I really like the T back, which you could see on camera. Laura won for Best Supporting Actress for Marriage Story and it looks like she’s the contender to beat now. She’s been nominated for two Oscars but doesn’t have one yet. We’ll find out today if she gets a third nom. 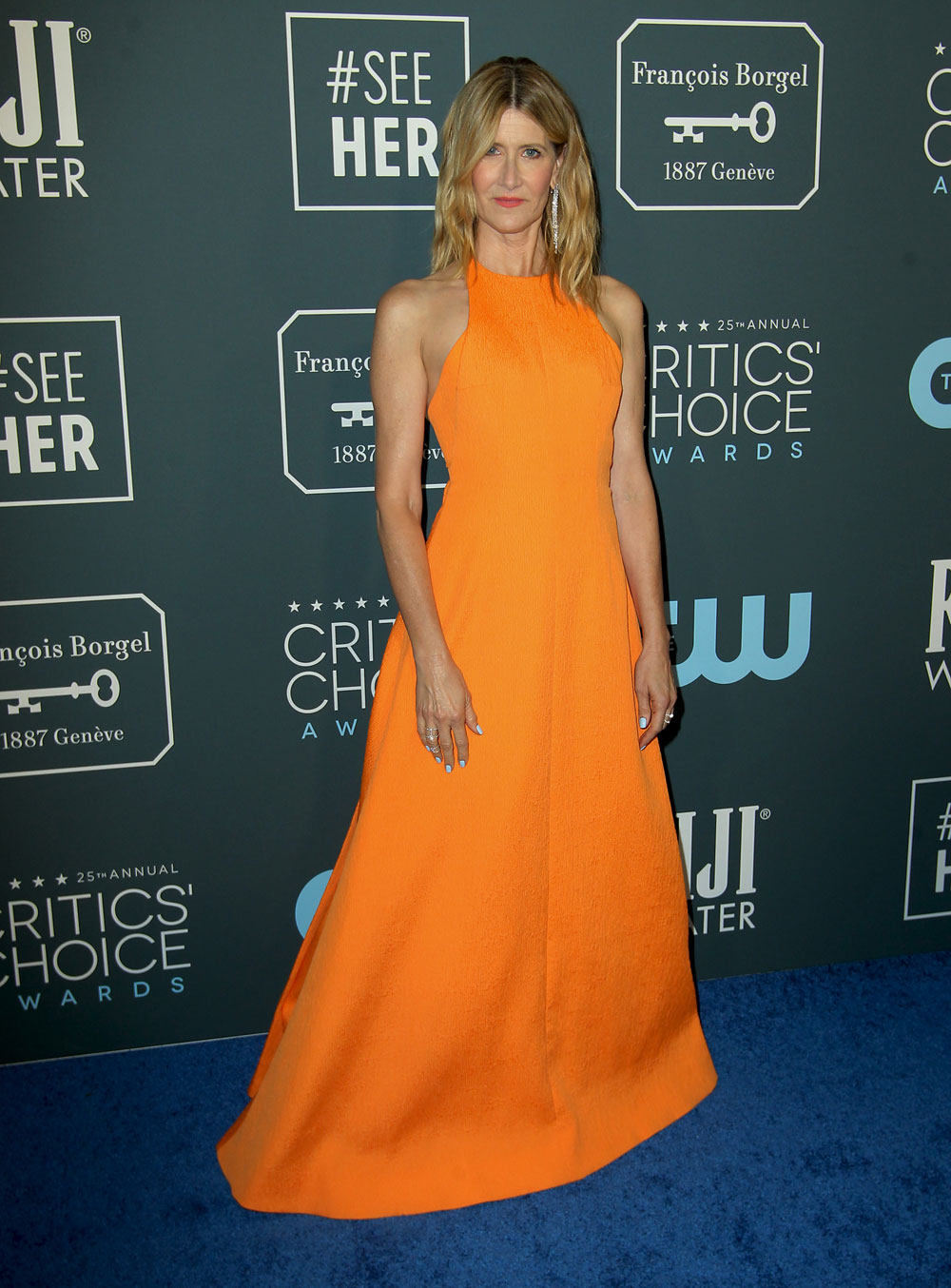 Kristen Bell was in a Cong Tri jumpsuit. She won the See Her award, which was invented by ad agencies to highlight women in acting. The intro focused on the need to recognize diversity and different body types and then Kristen won, which was weird. I thought this jumpsuit was just ok. I like how silky and flowy it is and it definitely stood out but the color seems off to me. 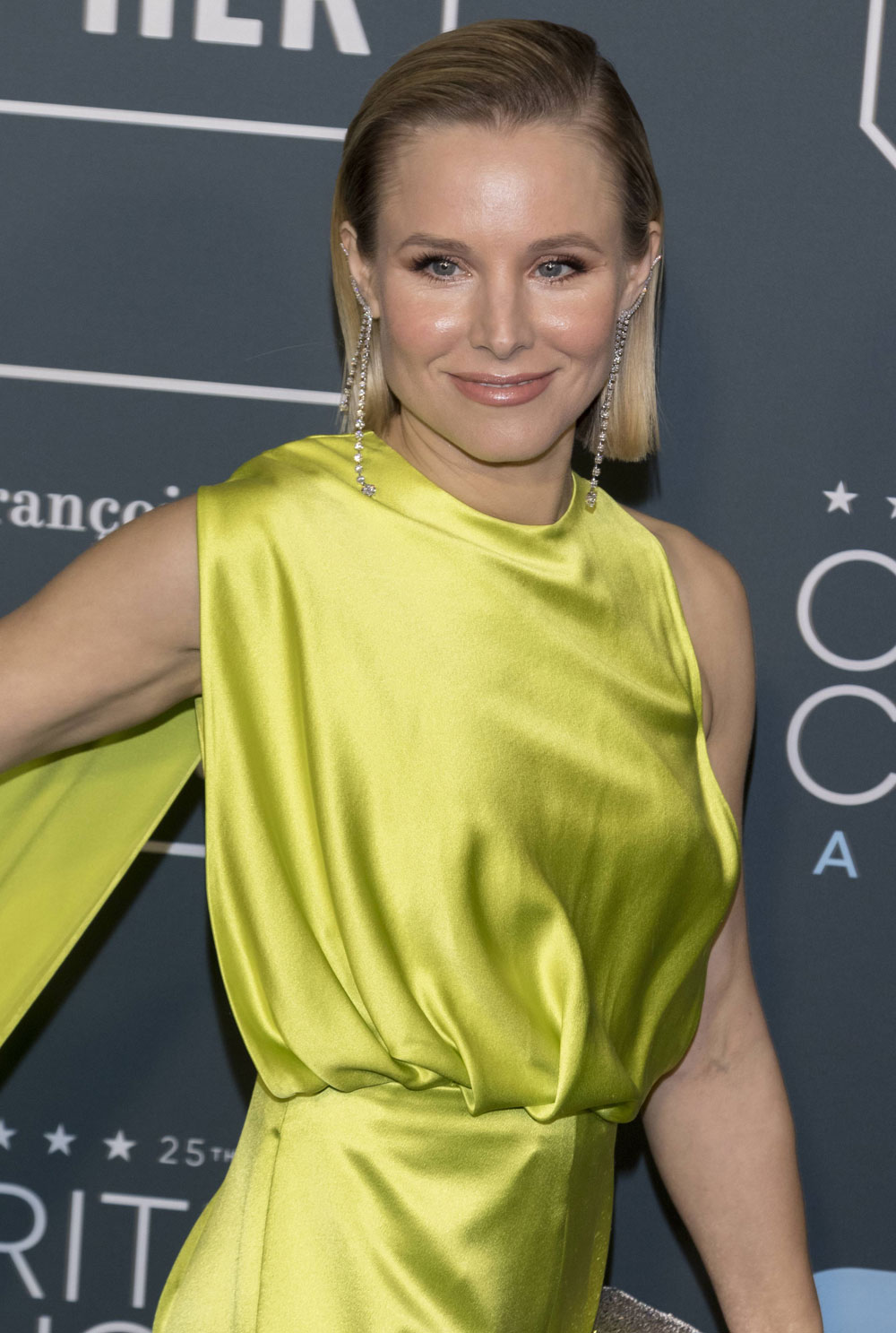 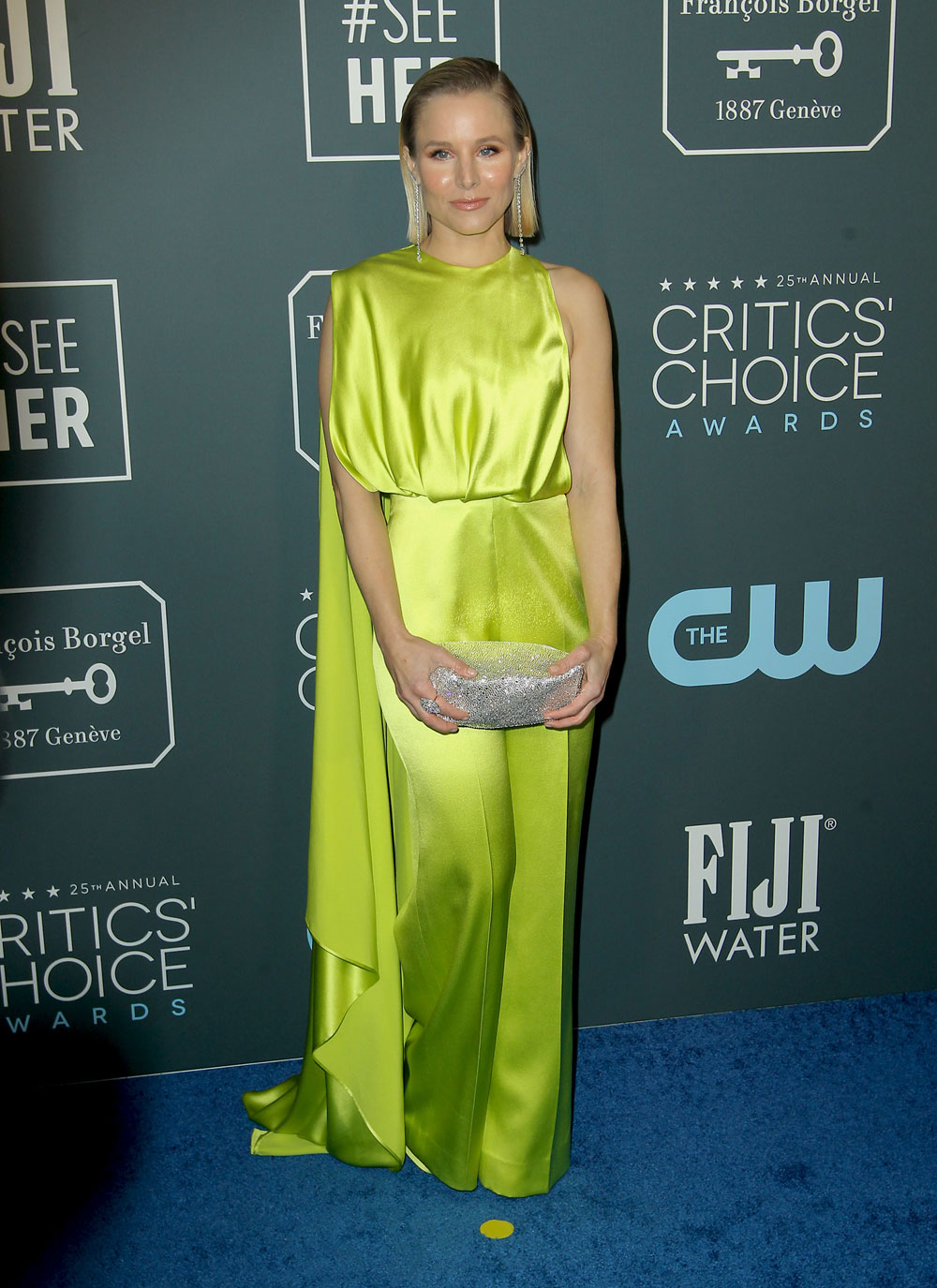 Awkwafina was in an empire waist Elie Saab gown with a built-in cape. This is quite girlie for her, she often wears suits and more eclectic outfits, and I really like it. Fingers crossed that she gets nominated today! 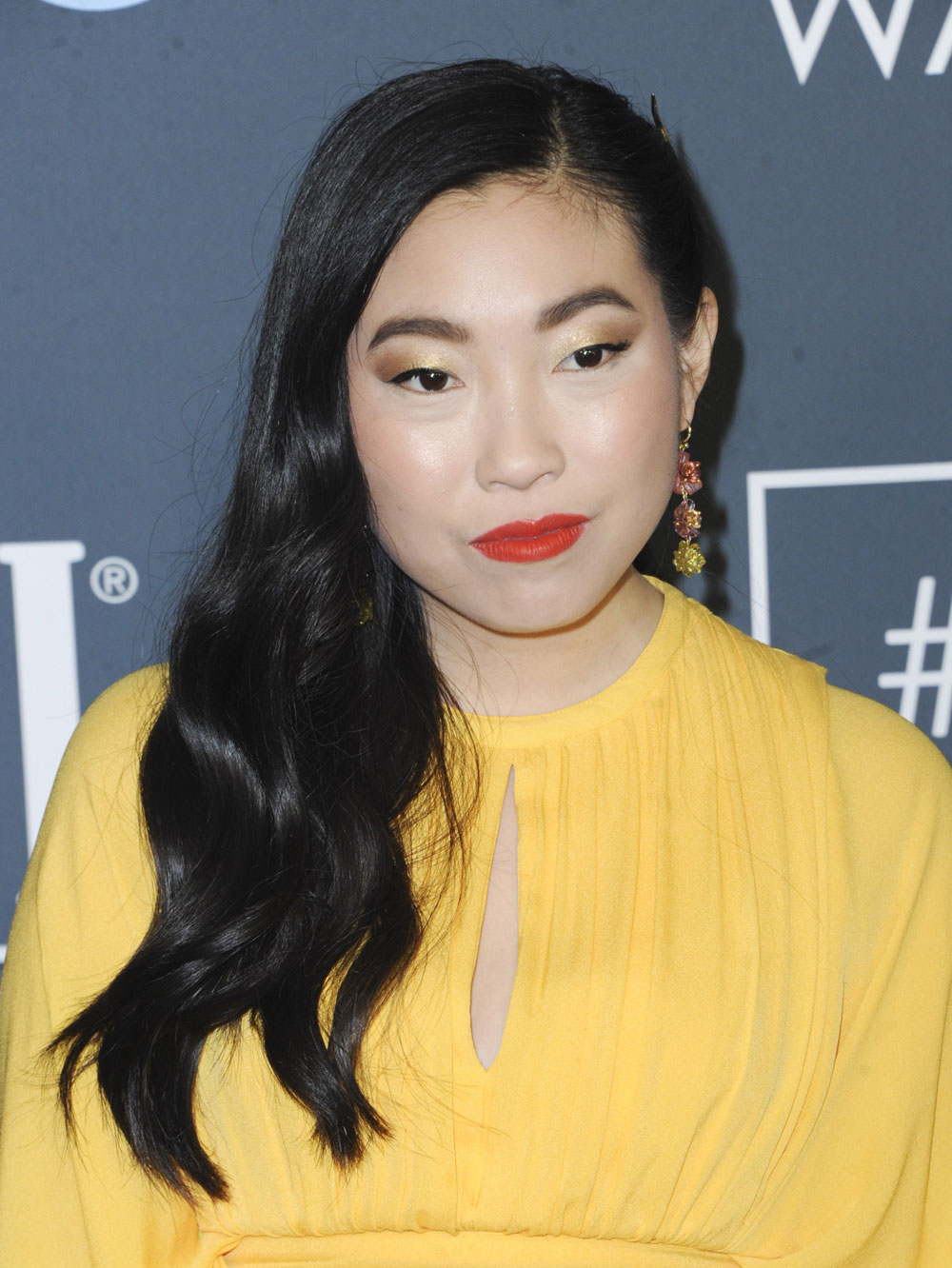 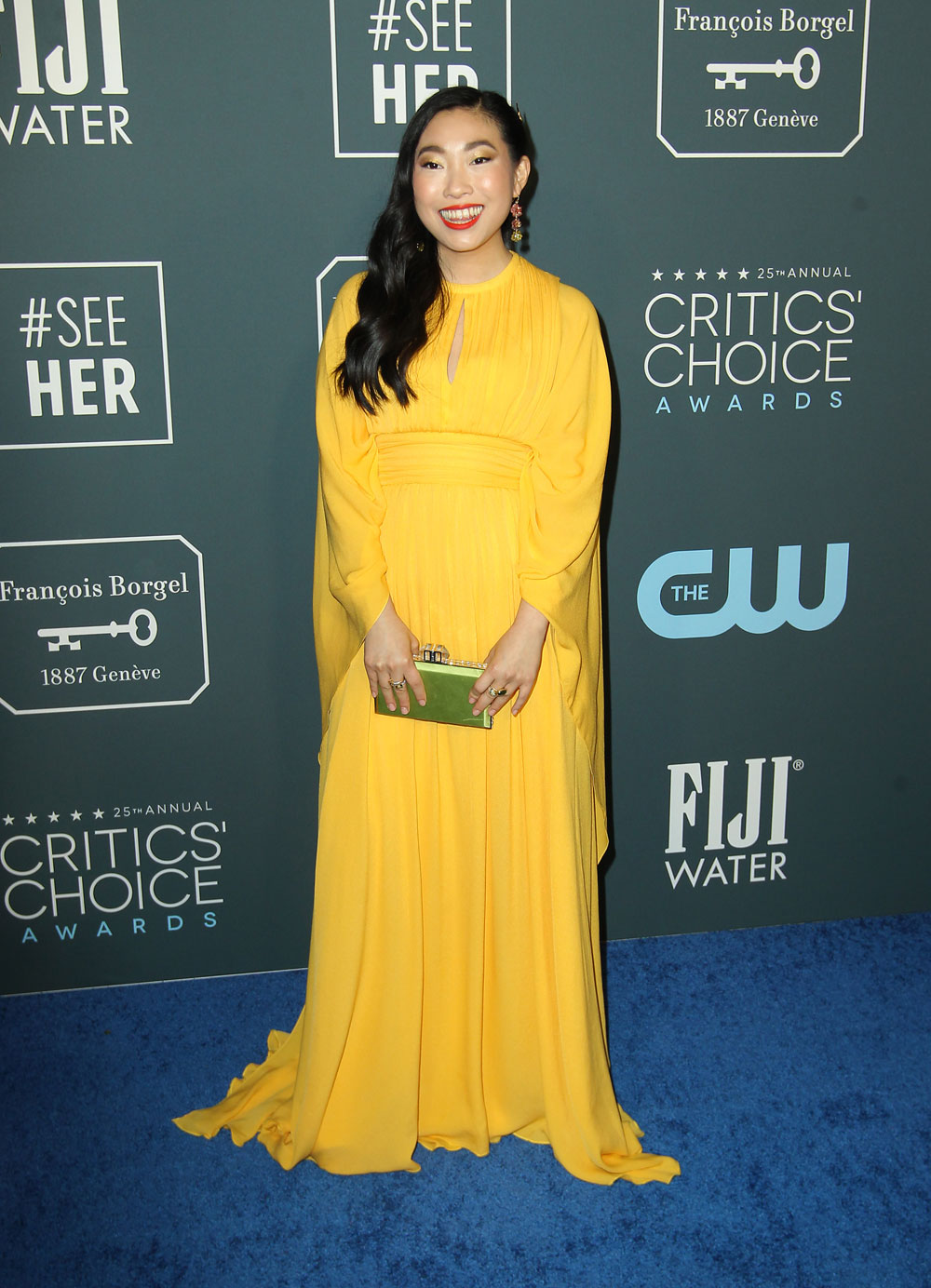 Rachel Brosnahan was in Carolina Herrera. I wasn’t a big fan of the dress. Those bell-type skirts are bizarre and the sequins on this bring the eye to that area, but I love her styling. That long braid with the silver string around it is so pretty. 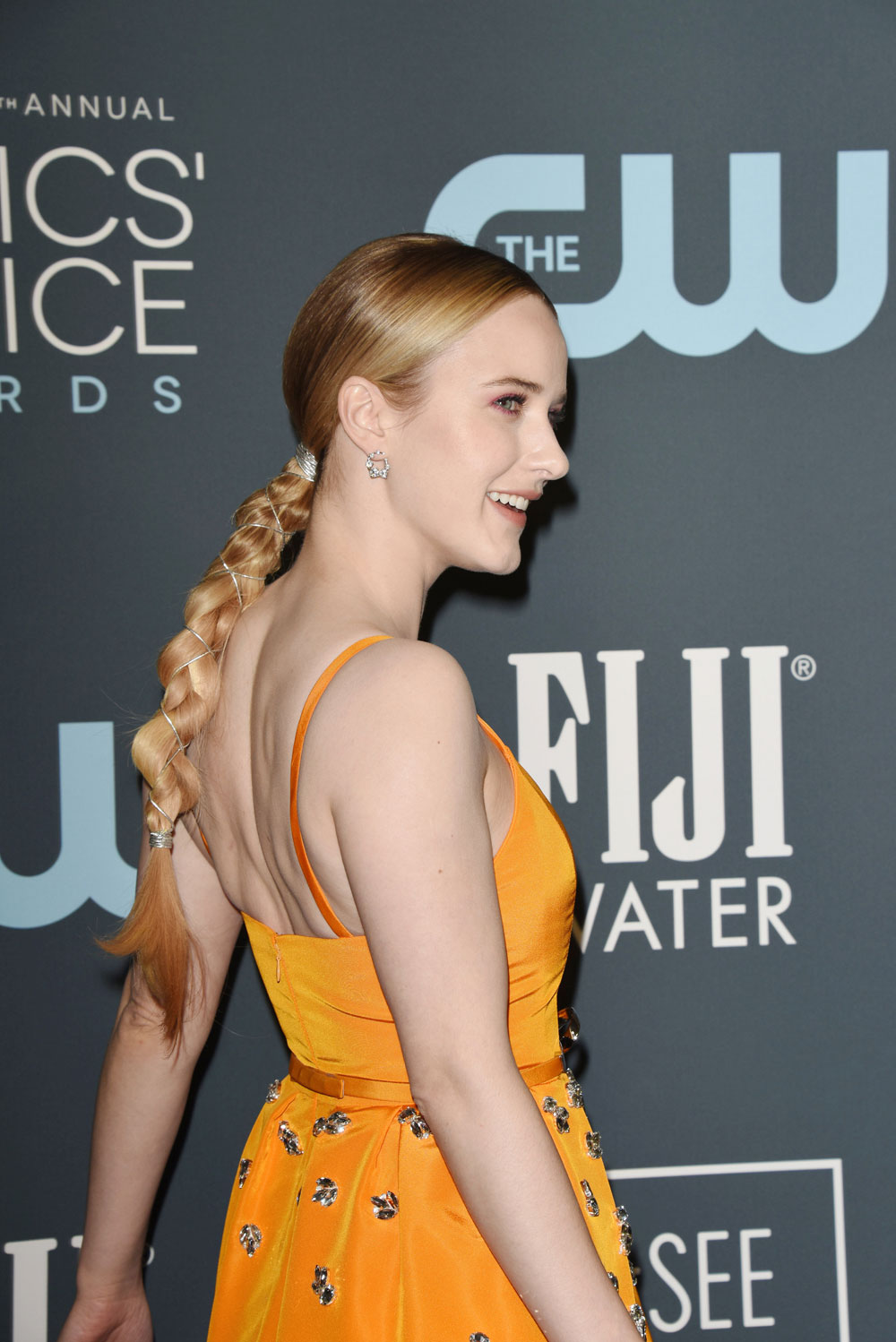 Olivia Wilde had neither good styling nor a good dress in this full length Valentino with a deep v-neck and poof sleeves. Sometimes women can rock Valentino (see Tracee Ellis Ross) and sometimes it overwhelms. 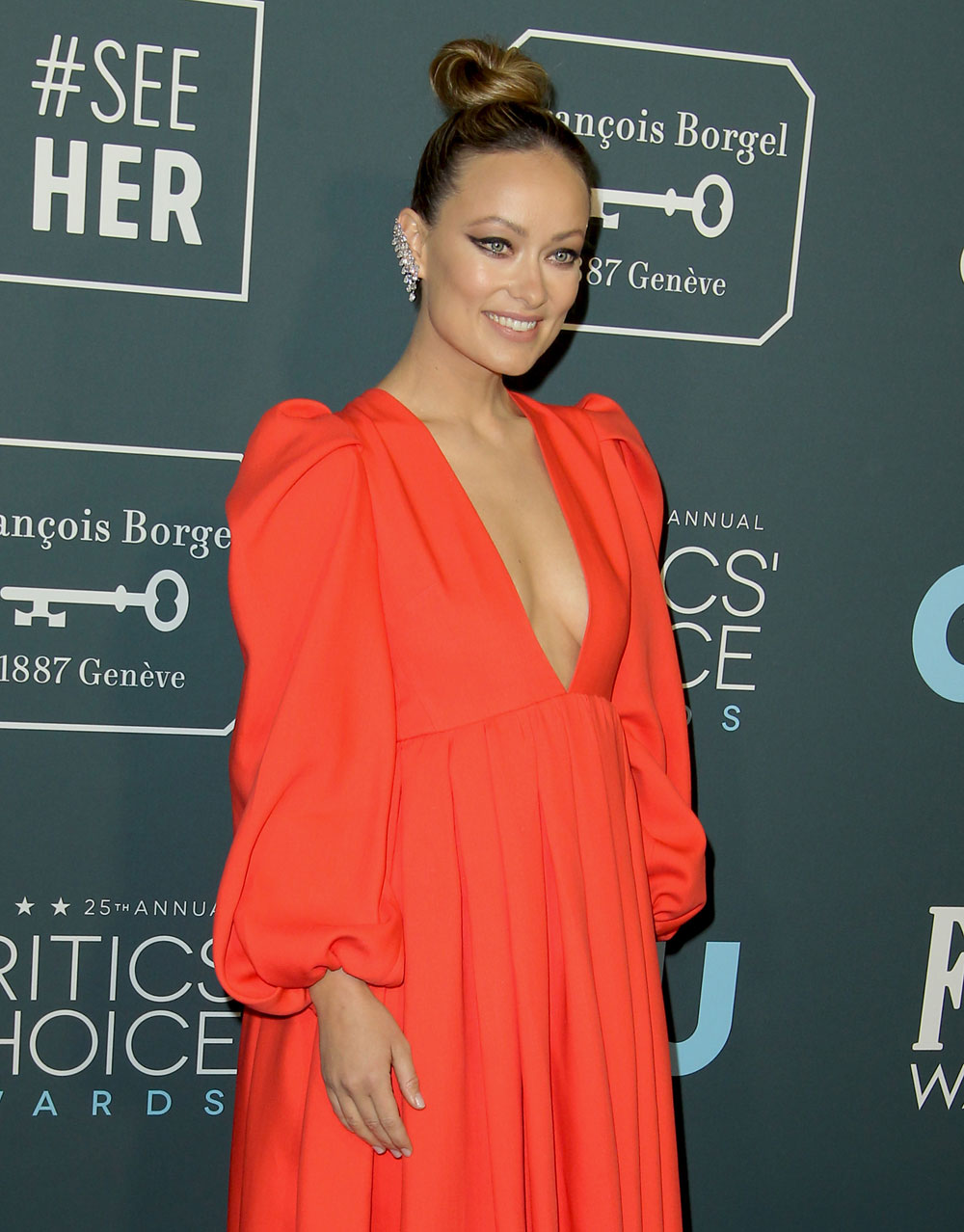 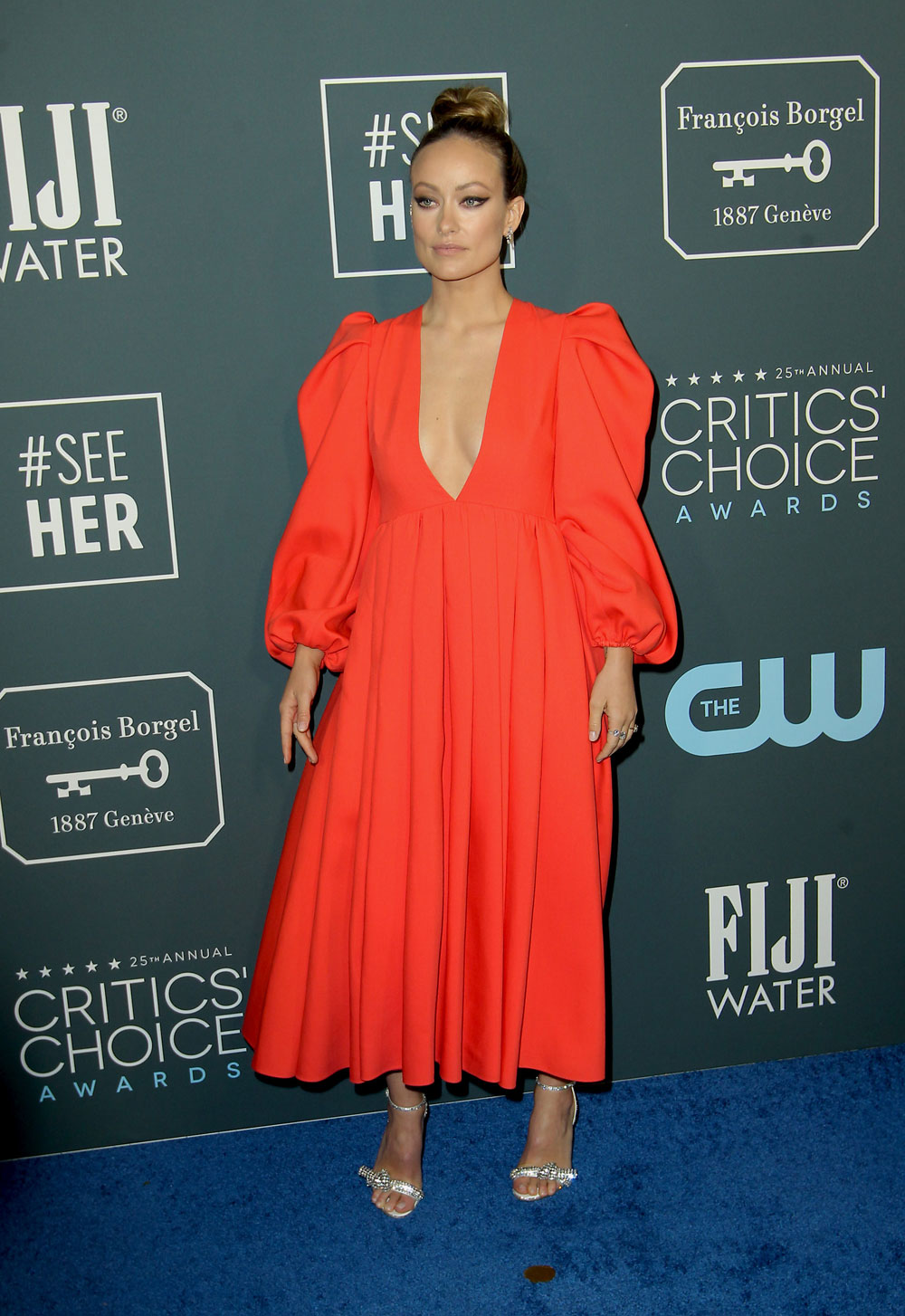 Alison Brie looked amazing in a formfitting orange column gown by Brandon Maxwell. Sometimes she gets it wrong but last night she had my favorite bright solid gown. On screen I really noticed how expertly tailored the bodice was. 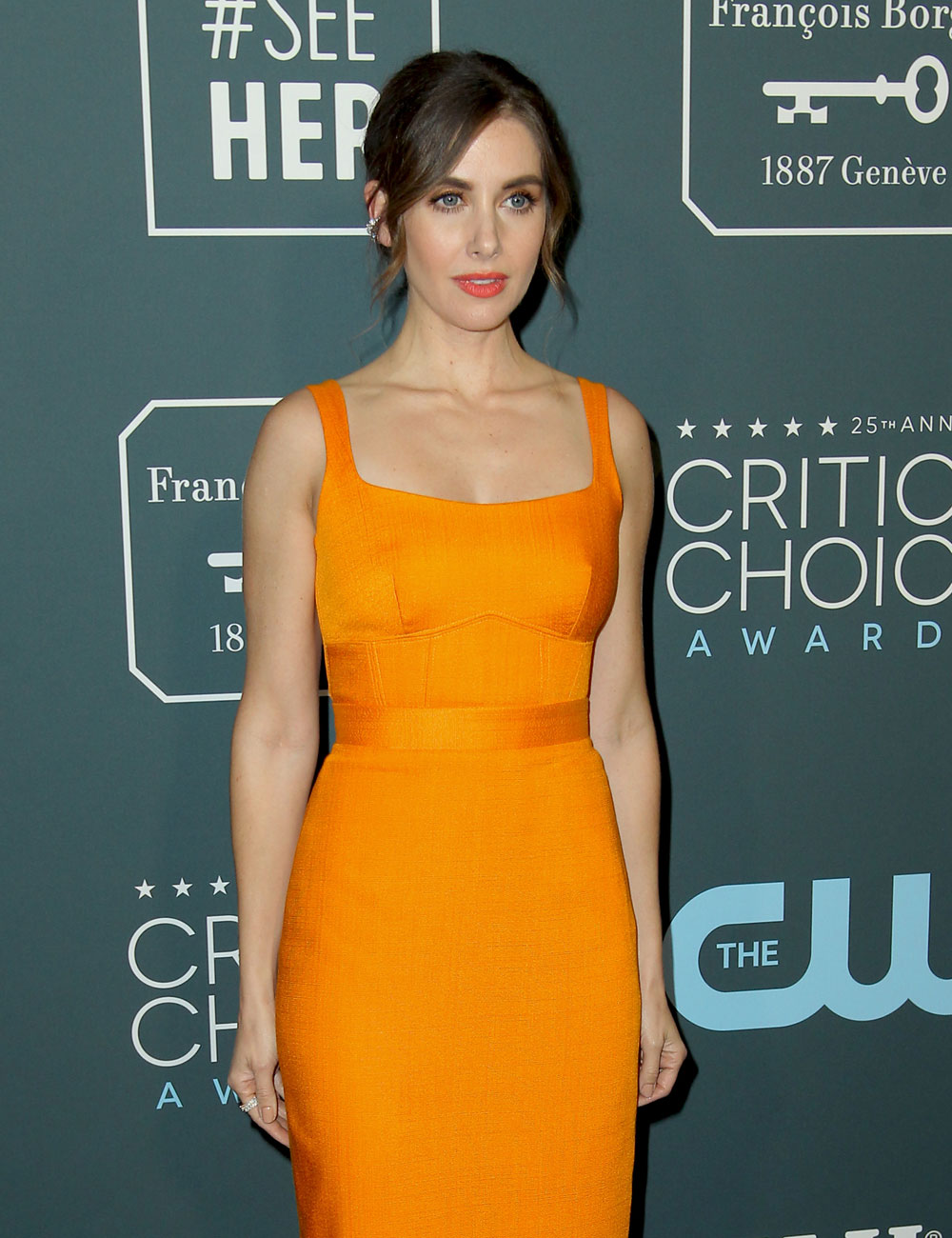 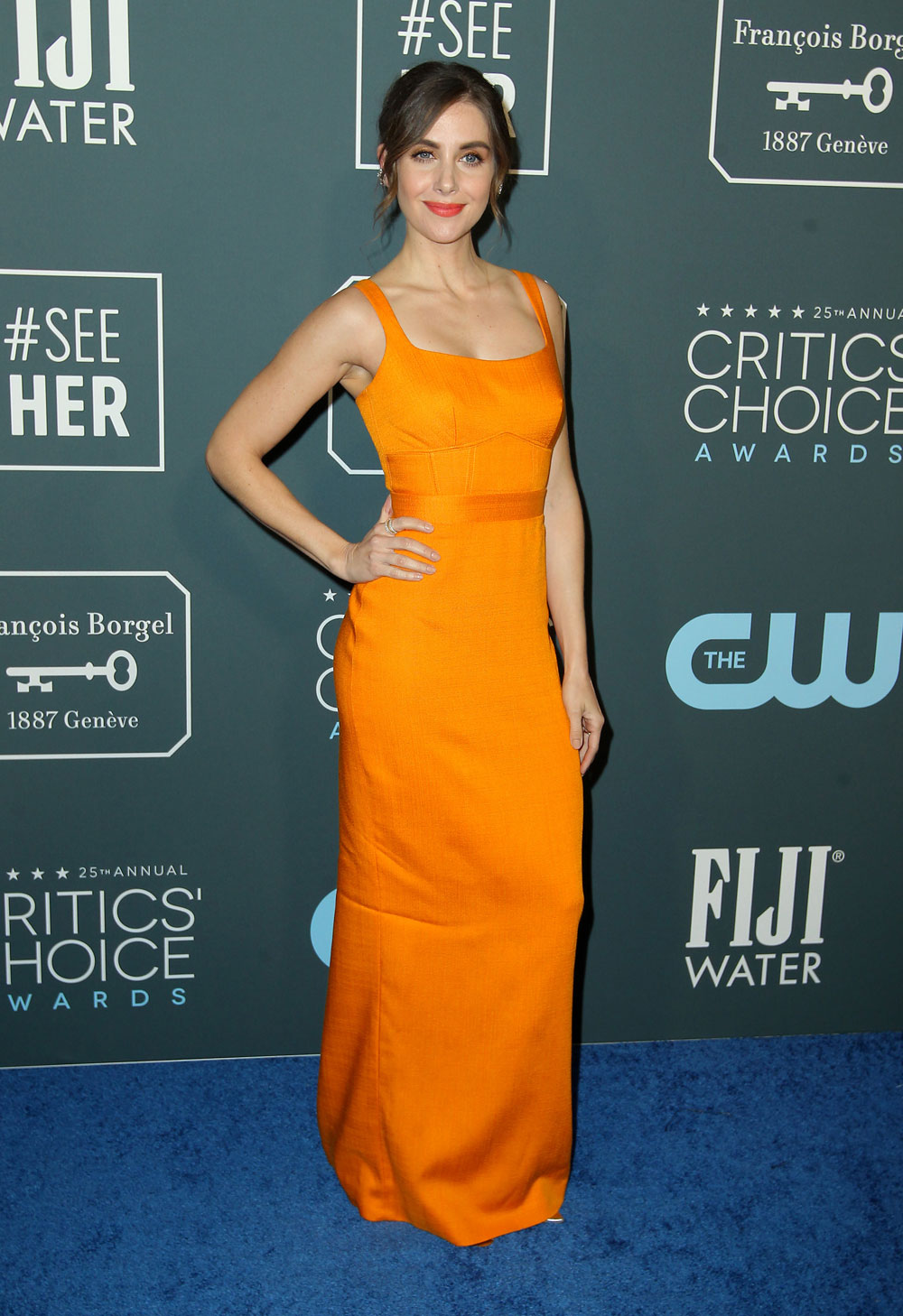 13 Responses to “Laura Dern in Emilia Wickstead at the Critics’ Choice Awards: too orange or striking?”