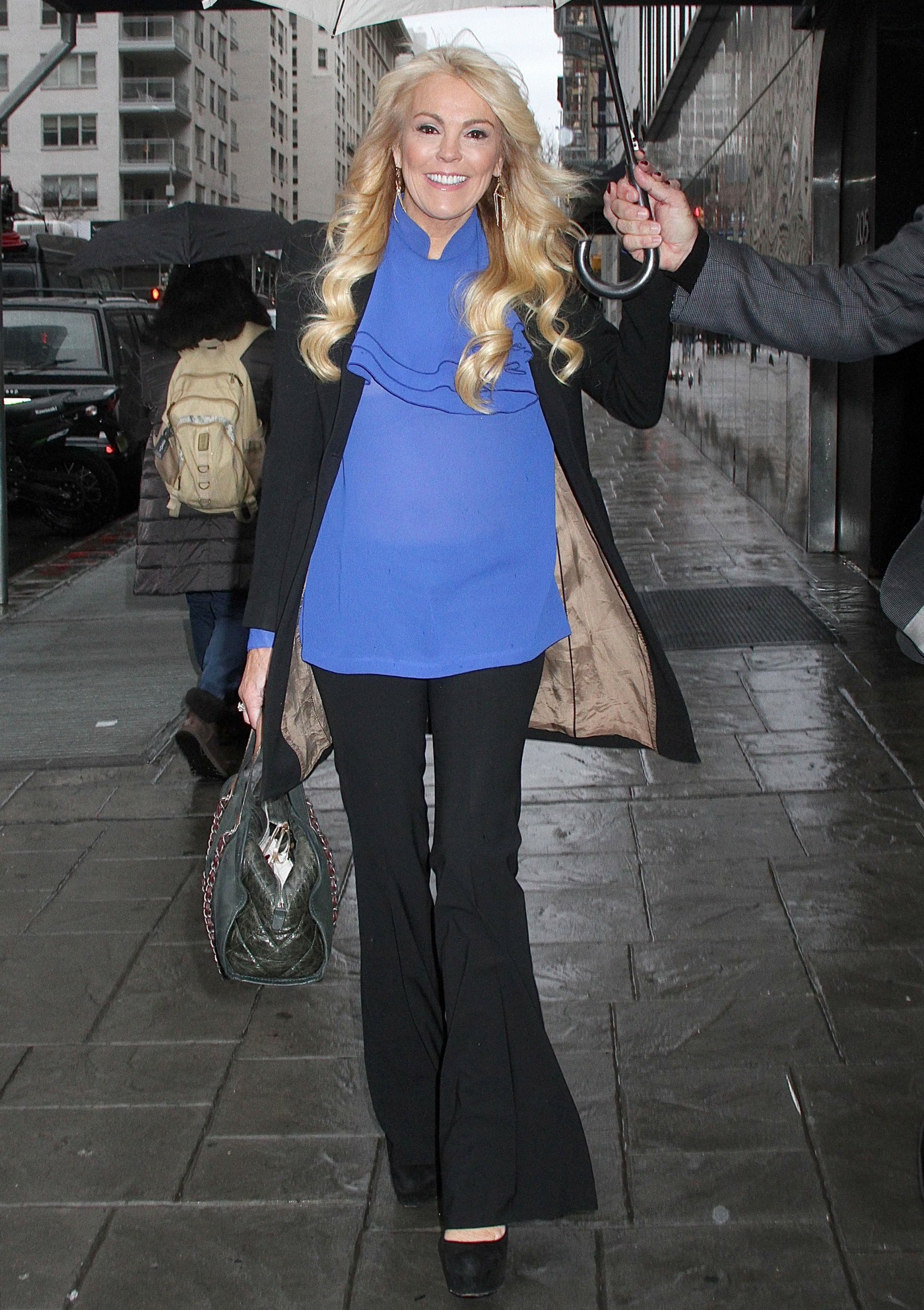 Truly, there’s little wonder how Lindsay Lohan turned out the way she did. Lindsay’s parents were always the worst – Michael Lohan is a violent douchebag and Dina Lohan is a delusional addict. They both would sell out all of their kids for a taste of fame, and both did just that. While Lindsay has been “traveling” and “working” in the Middle East, Greece and Russia for the past three years or so, Dina has been mostly in Long Island, getting wasted and being broke. She’s exactly the kind of person who gets sh-tfaced at an Outback Steakhouse, hits a car while drunk driving, then evades justice by drunkenly driving home, only to refuse to take a Breathalyzer when cops catch up to her. It’s pretty much a classic Lohan story.

Dina Lohan may have taken the Outback Steakhouse experience a little too far, because she may have t-boned another car outside the restaurant while driving drunk … so claim the cops who arrested her. Cops tell TMZ Lindsay Lohan’s mom was driving a 2016 Mercedes Saturday at 7 PM when she struck another car outside the restaurant. She then allegedly fled the scene, but the woman in the other car chased her all the way to Dina’s Long Island home. Cops came, but they say Dina refused to submit to a drug/alcohol test. They say they observed clear signs of intoxication, so they arrested her for DWI, leaving the scene of an accident and aggravated unlicensed operation of a motor vehicle. The DWI Dina now faces is a felony, because she has a prior DWI.

And, according to the felony complaint against Dina, obtained by TMZ, it looks like she might’ve taken a hard tumble while talking to the cop who eventually stopped her. Per the report, the responding officer says he tracked Dina down at her home, where her Mercedes was still running. The cop claims he detected a strong order of an alcoholic beverage on her breath and noticed Dina had glassy, bloodshot eyes too.

He goes on to say that when Dina finally stepped out of the car, she was “unsteady” on her feet and fell straight to the ground … landing on her face. The officer says Dina claimed that he had pushed her … and then, later, allegedly admitted to having 1 glass of wine.

The officer says Dina refused to submit to a breathalyzer, but he suspected she was driving under the influence and arrested her. She ended up getting booked on 5 other charges — leaving the scene of an accident causing property damage and other driving infractions pertaining to an expired registration, driving on a suspended license and others.

It’s not funny at all – it’s absolutely infuriating that Dina Lohan is somehow “allowed” to do this kind of sh-t. Get wasted at an Outback Steakhouse, drive under the influence AND commit a hit-and-run, then sit in her car (probably blackout drunk) in her driveway where the cops find her? And then she falls out of the f–king car? How many lives did she put in danger? Throw her in f–king jail and throw away the key. This sh-t is so f–ked up.

Also: what in the world is going on with Aliana??