Charlize Theron in Celine at the Critics’ Choice Awards: basic or sleek? 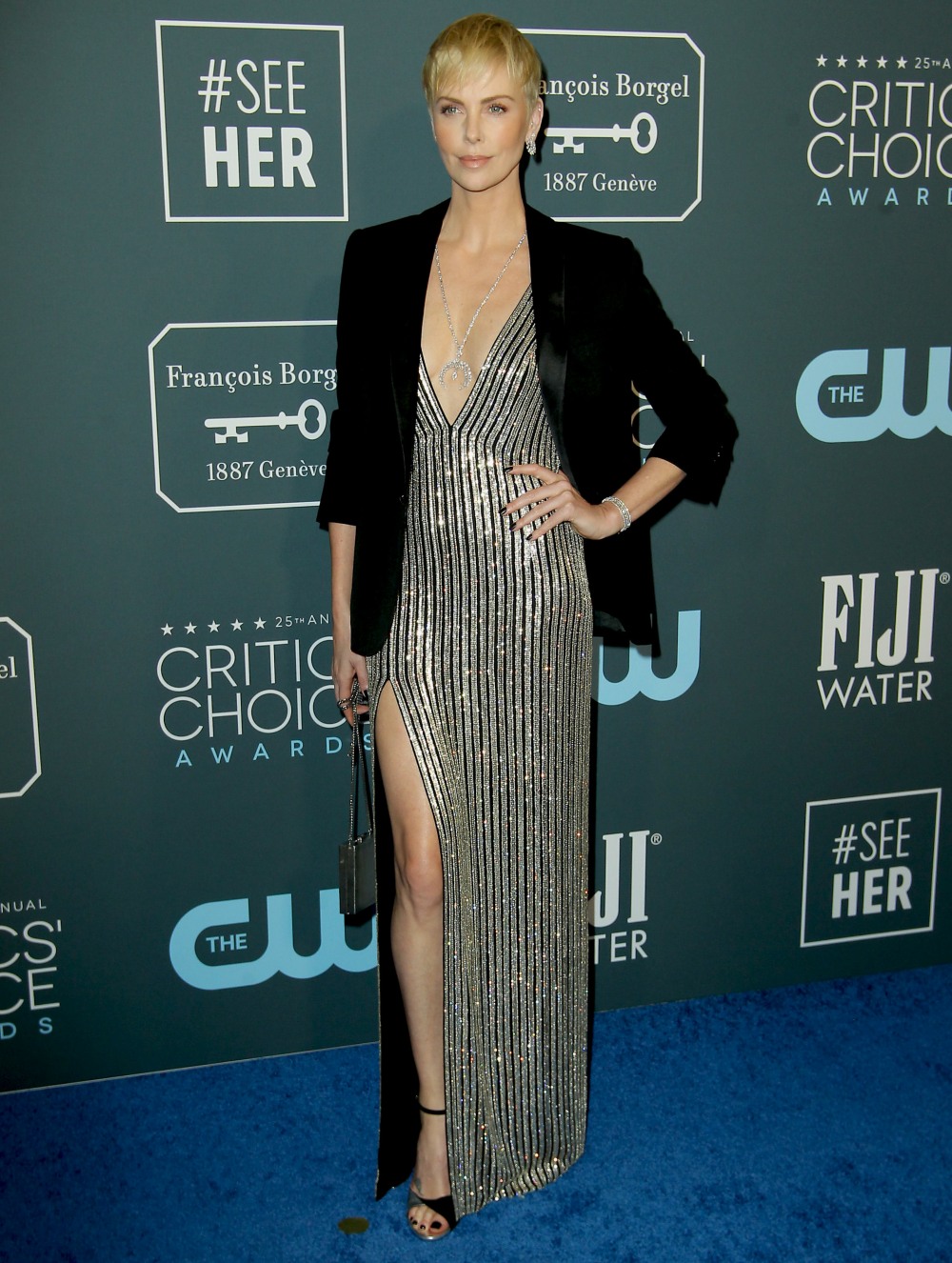 Here are more photos from last night’s Critics’ Choice Awards. Charlize Theron is getting nominated across the board for playing Megyn Kelly in Bombshell and everybody seems to have mixed feelings about that. I sort of wonder if Charlize is trying her best to avoid looking like Megyn Kelly during the awards season, and maybe that’s why she’s keeping this tragique hairstyle. This hair is full-on ruining what would be okay red carpet looks. Charlize’s look last night was Celine – I’m curious about what the dress looks like without the jacket, but whatever. It’s a look. 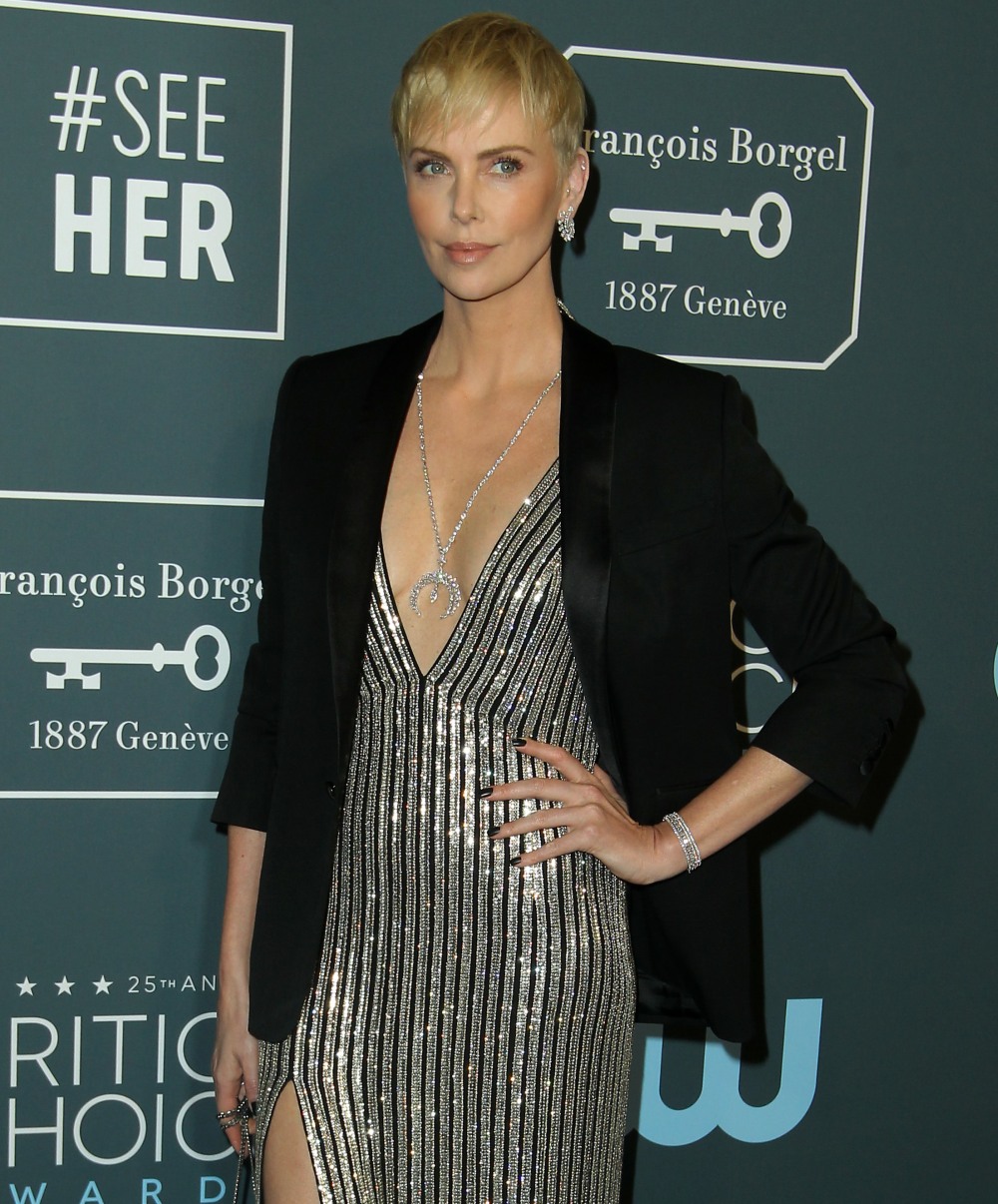 Nicole Kidman in Armani. On the show, I only saw this from the waist up, so I was not expecting this ballgown-like skirt. It’s… a lot. It’s not bad, actually. It’s just kind of boring, even though it’s supposed to be mega-drama. 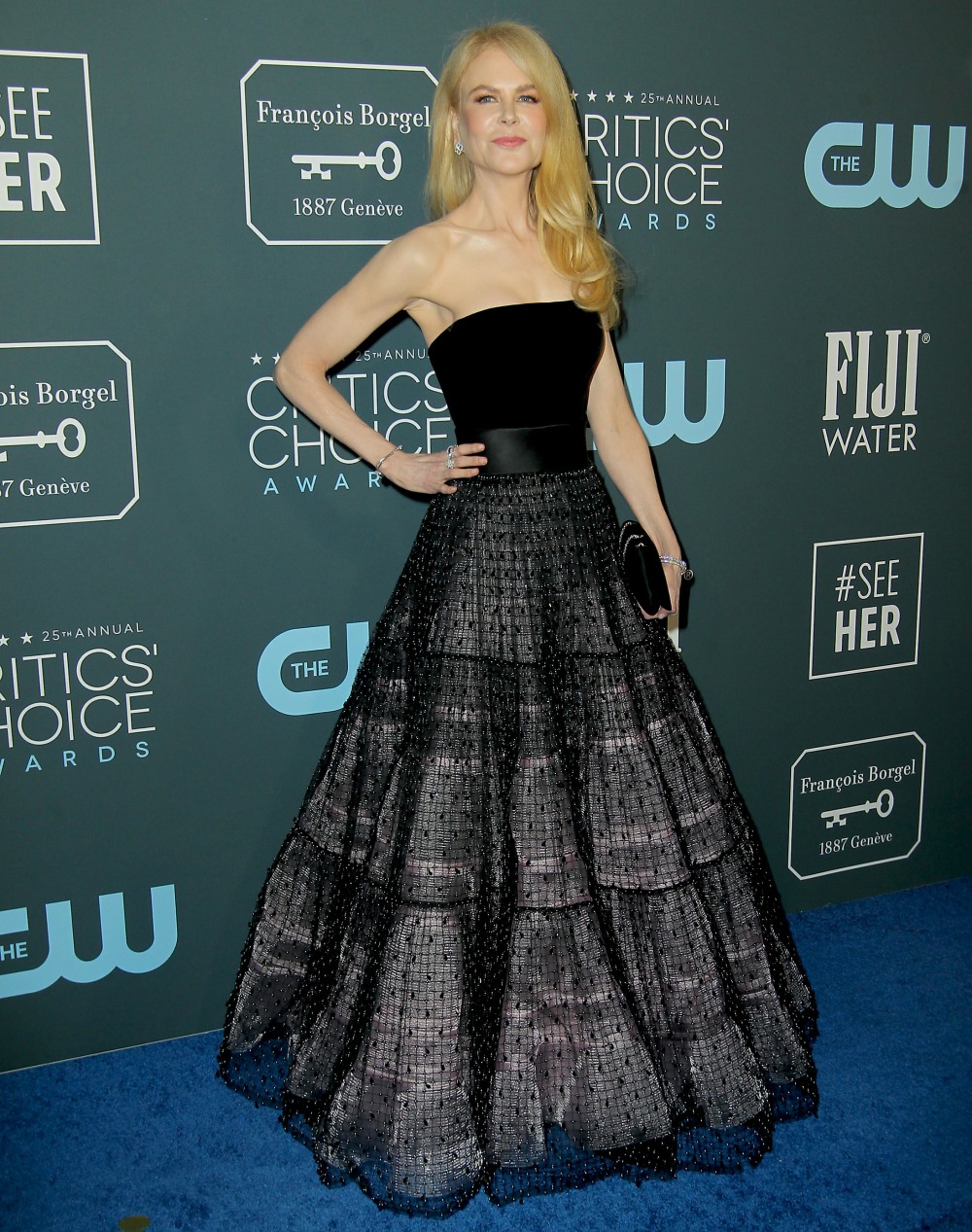 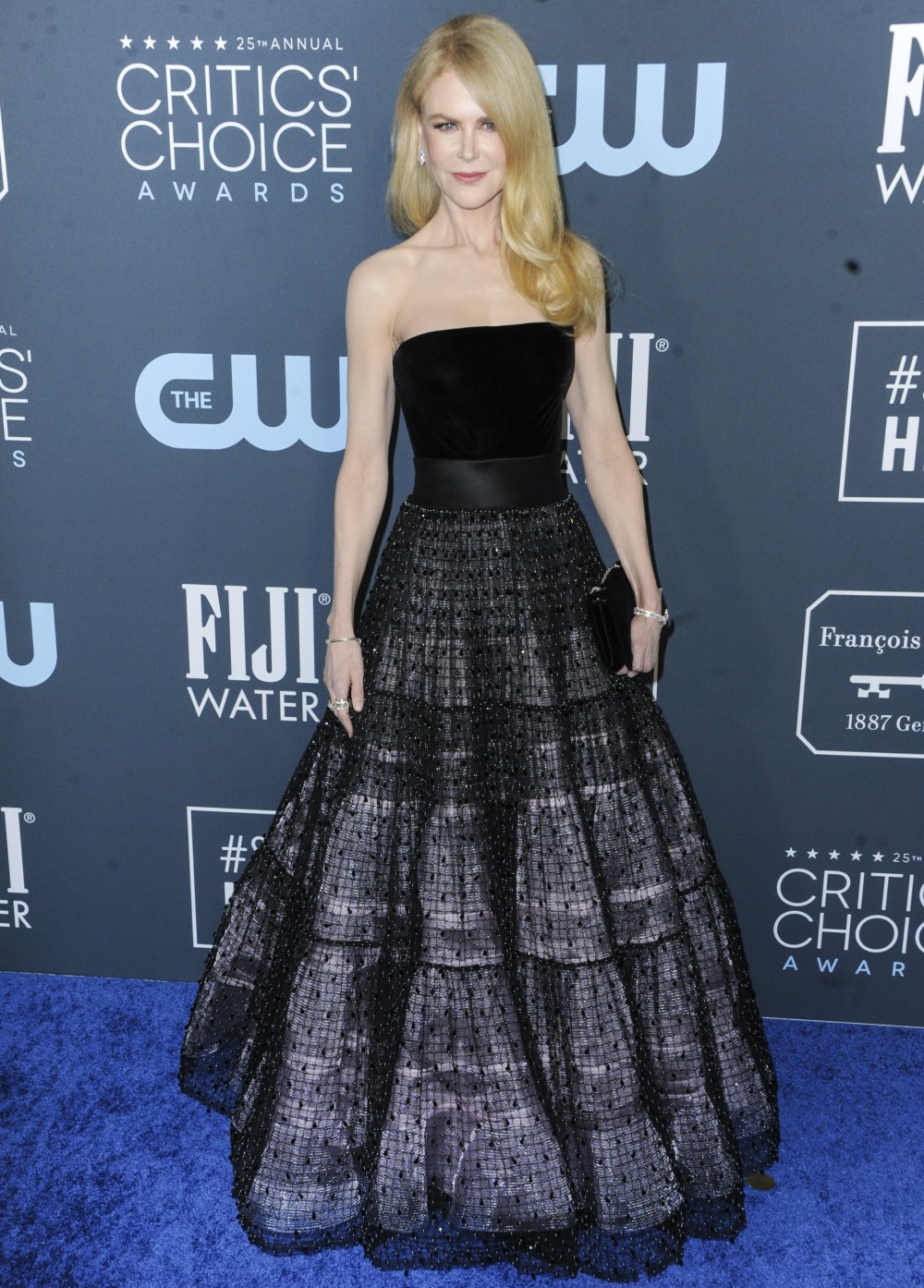 Annabelle Wallis in Moschino – another one which should be DRAMA but it’s really not. I am surprised by how much I like the construction on this – it suits her. 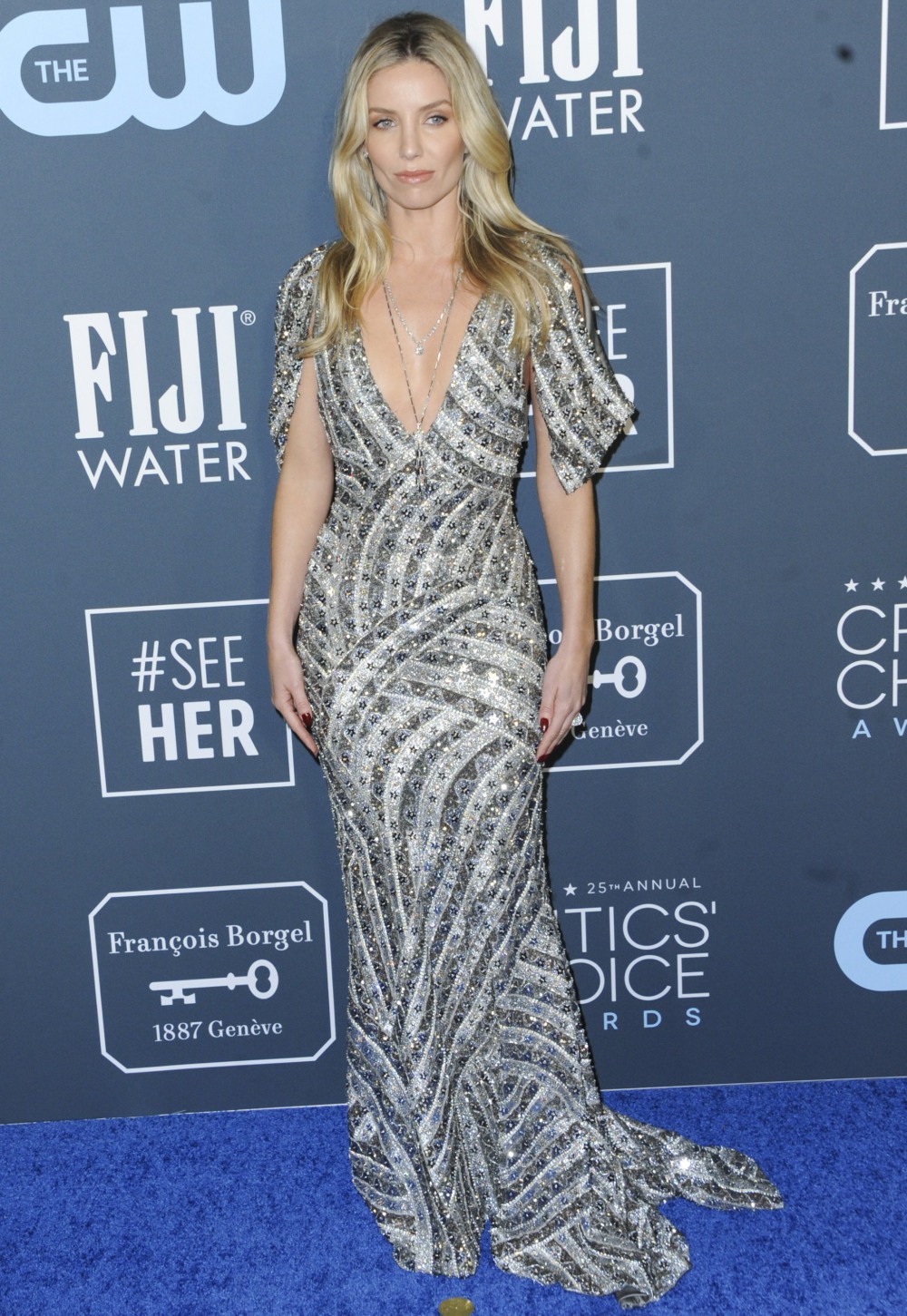 Jenny Slate in Mulberry. This is… lovely? I really like the fabric, the embroidery, the subtle sparkle in the floral. It suits her and it’s a good dress. 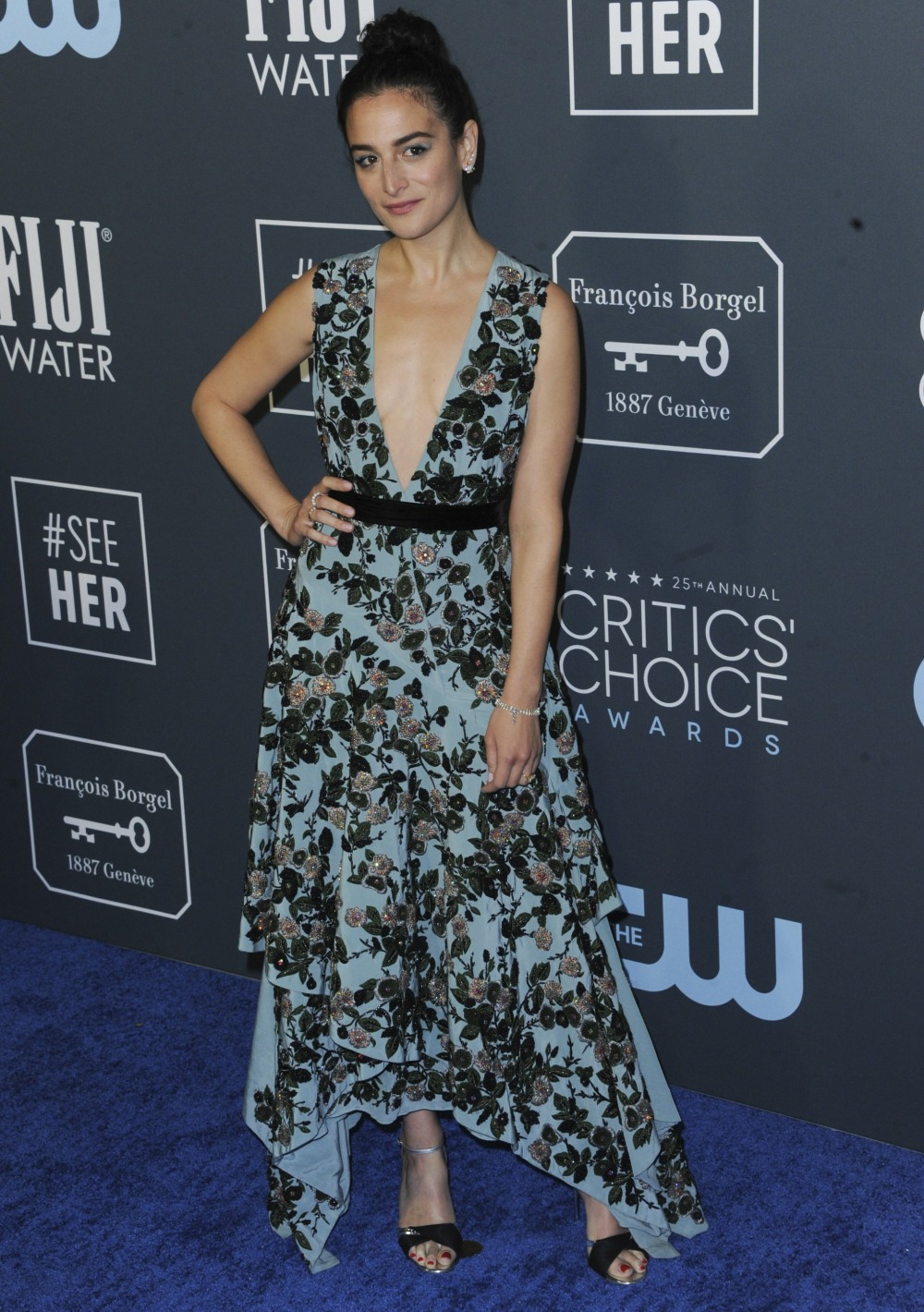 19 Responses to “Charlize Theron in Celine at the Critics’ Choice Awards: basic or sleek?”