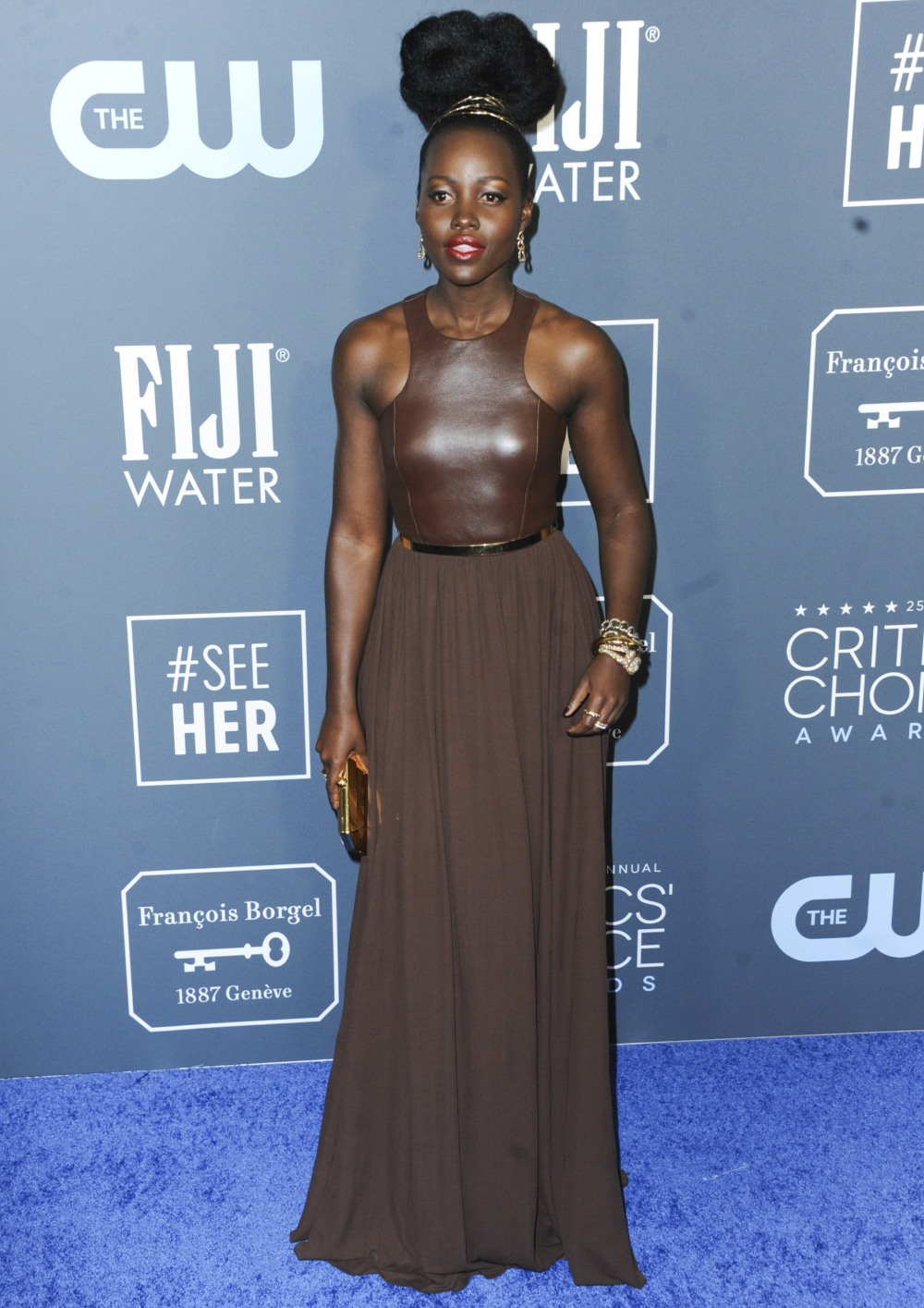 The Oscar nominations come out today and I’m already sort of sad. I know that there will be conversations about #OscarsSoWhite and why Oscar voters seem to only reward films about dudes. It’s not that I think Lupita Nyong’o should have been a shoo-in for a million awards for Us – the movie was good, her performance was good, but I get that it didn’t scream “give me awards!” But it still pisses me off that she’s been largely ignored from most conversations. Lupita makes the most of it when she is invited though – she wore this custom Michael Kors dress to the Critics’ Choice and I love it. I love the dress, love the styling and she looks like a warrior princess. 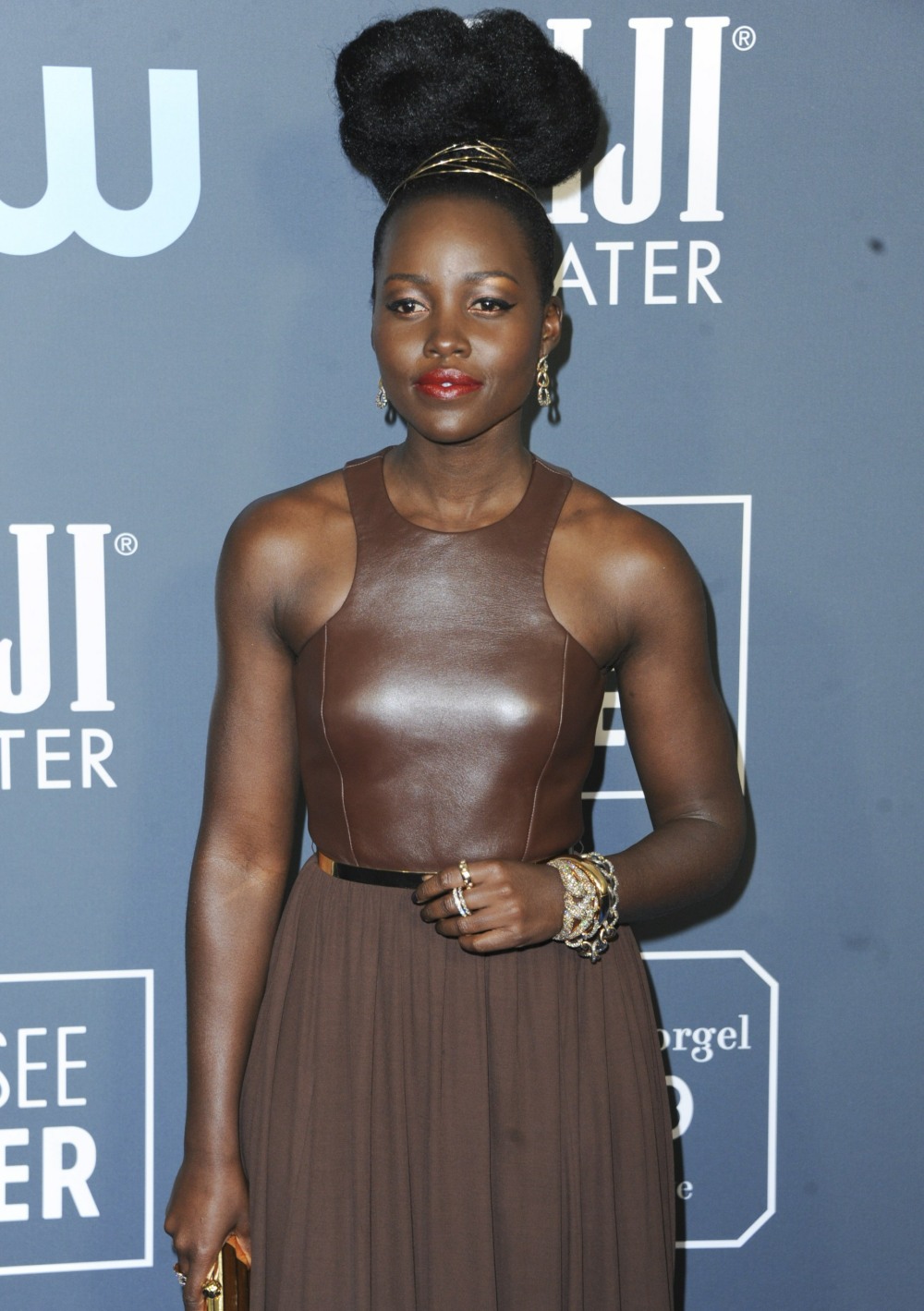 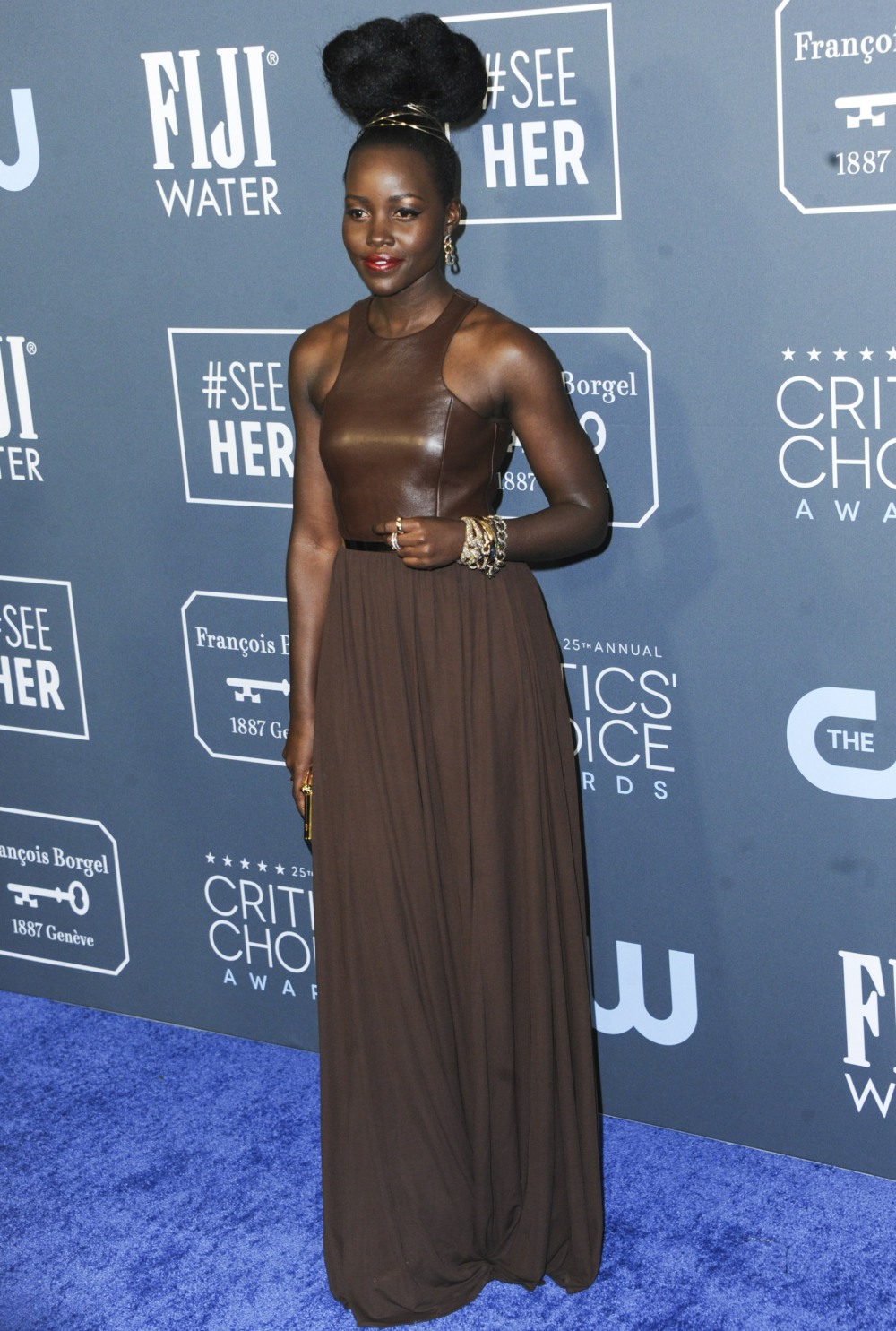 Jennifer Lopez is also making me so f–king sad this awards season. I’m not super-engaged with any film this year, there’s no “I will scream if this movie doesn’t get nominated” for me, but I really thought J.Lo had a really good shot at Best Supporting Actress for Hustlers. She keeps losing to My Nemesis Laura Dern and IT SUCKS. It’s f–king depressing. I feel like J.Lo is kind of depressed about it too, and that’s why she went for this somewhat muted Georges Hobeika. Blah. 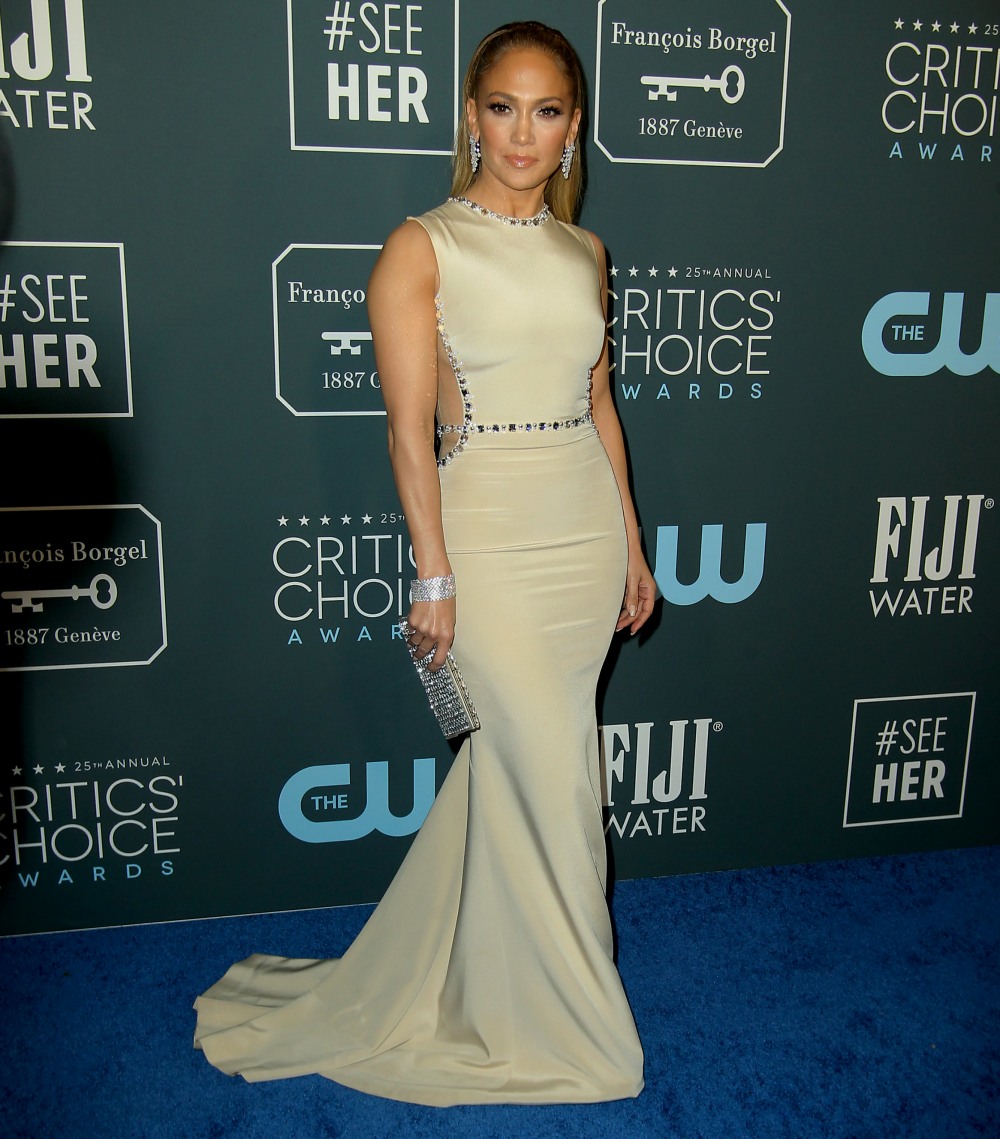 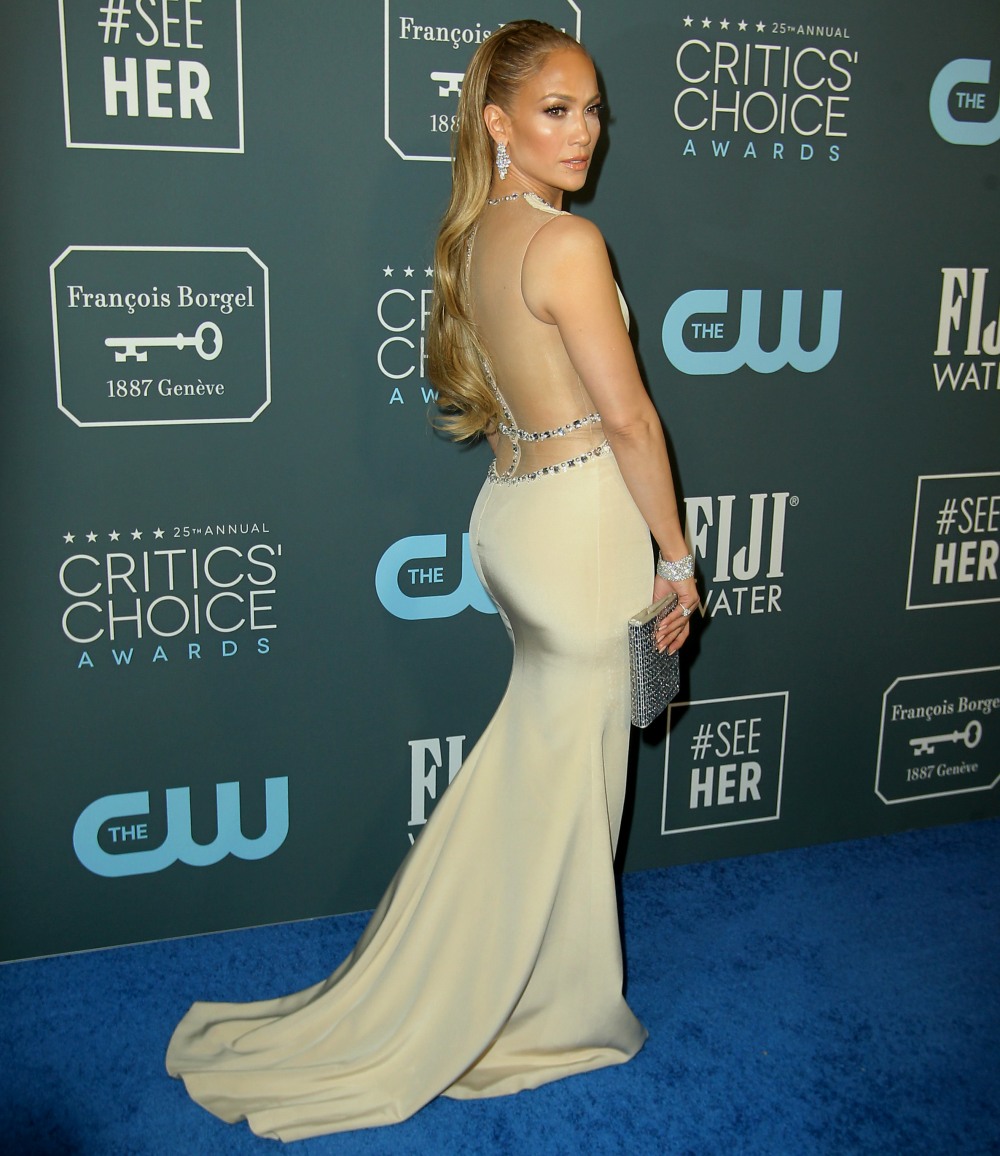 Also: bonus J.Lo at the LA Film Critics Association Awards. She wore Elie Saab to that awards ceremony and it was a much better look. I kind of think she should have worn this to the Critics’ Choice. 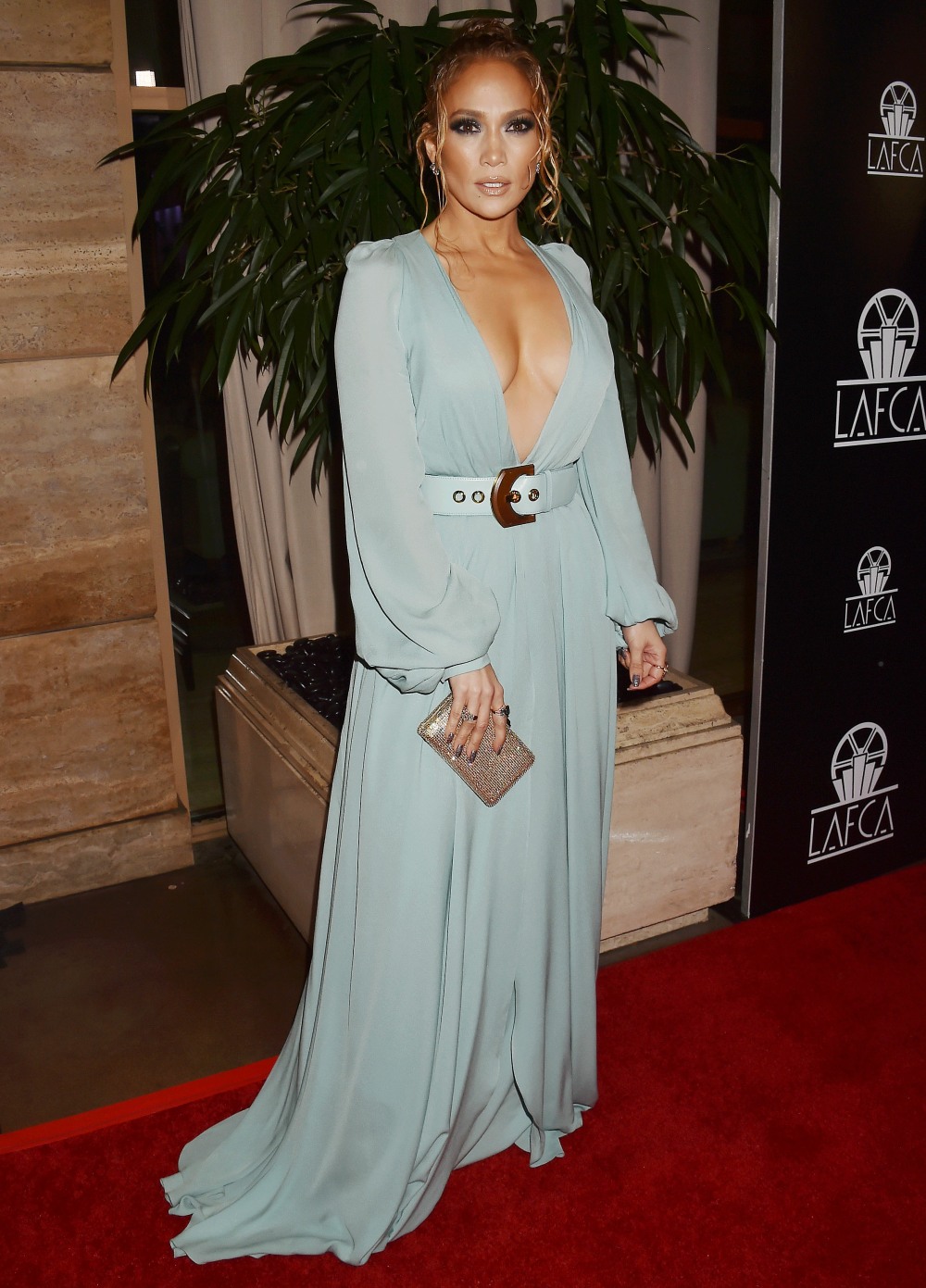