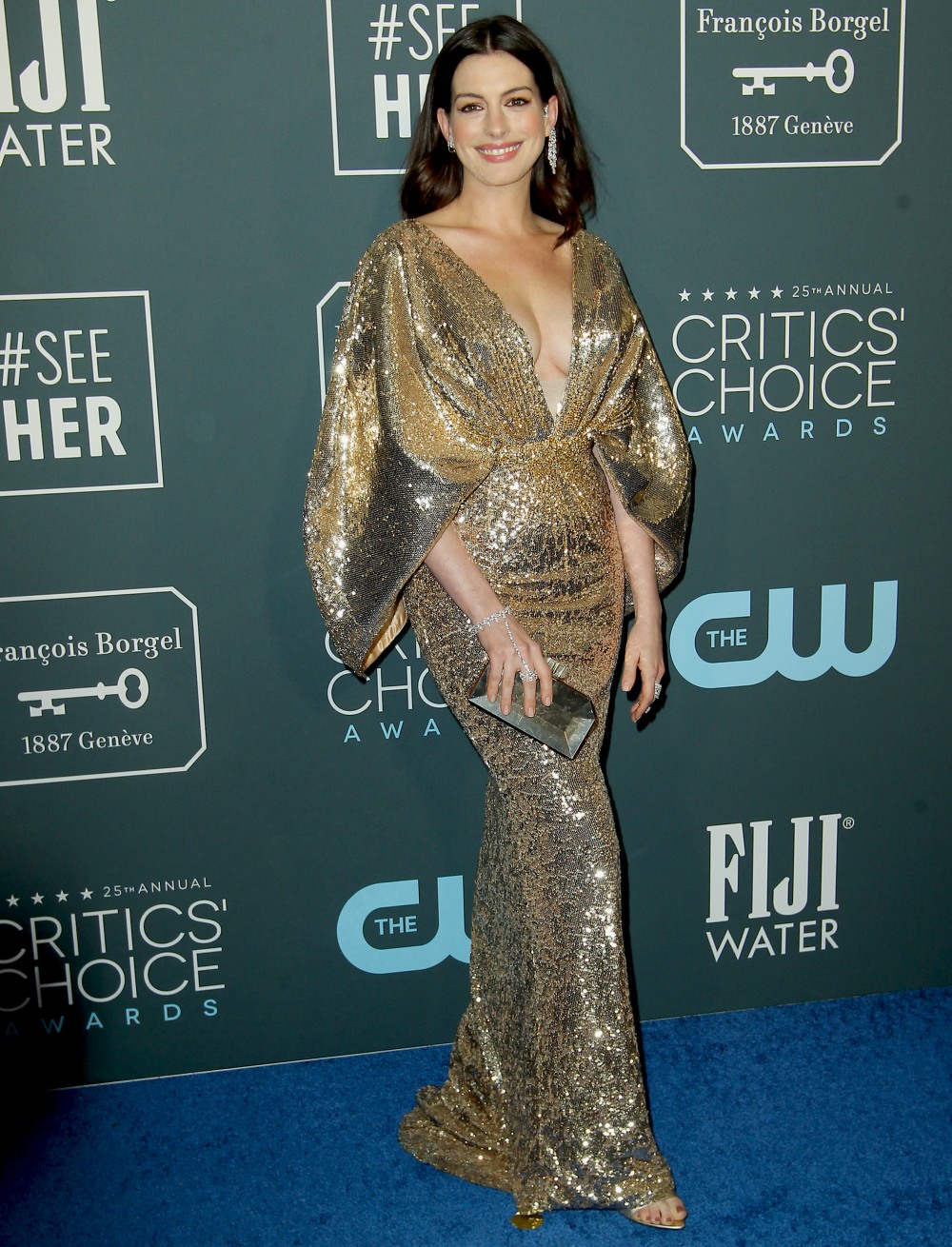 Here are some photos from last night’s Critics Choice Awards. Anne Hathaway was there a presenter, and as part of the nominated show Modern Love. I didn’t realize it when I saw her walk on stage, looking like a disco ball, but Anne only recently gave birth? Did you know that? We covered her second pregnancy a few times last year, but I sort of forgot about it. She apparently gave birth in December, which makes her about a month postpartum right now. It’s insane that she came out to the Critics Choice Awards looking so glam and shiny. This dress is Versace. I suspect she wore it because she’s really happy with her boobs right now. 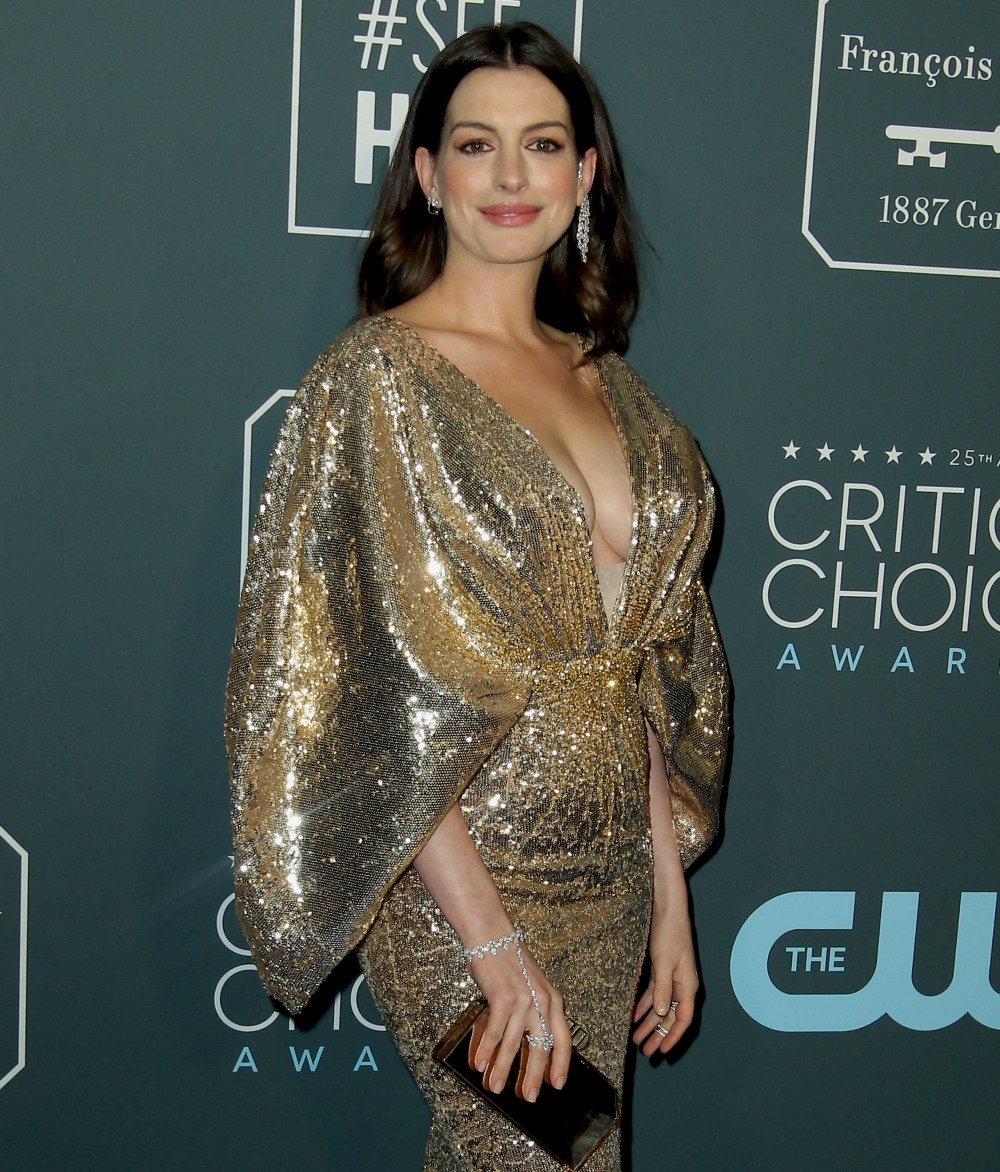 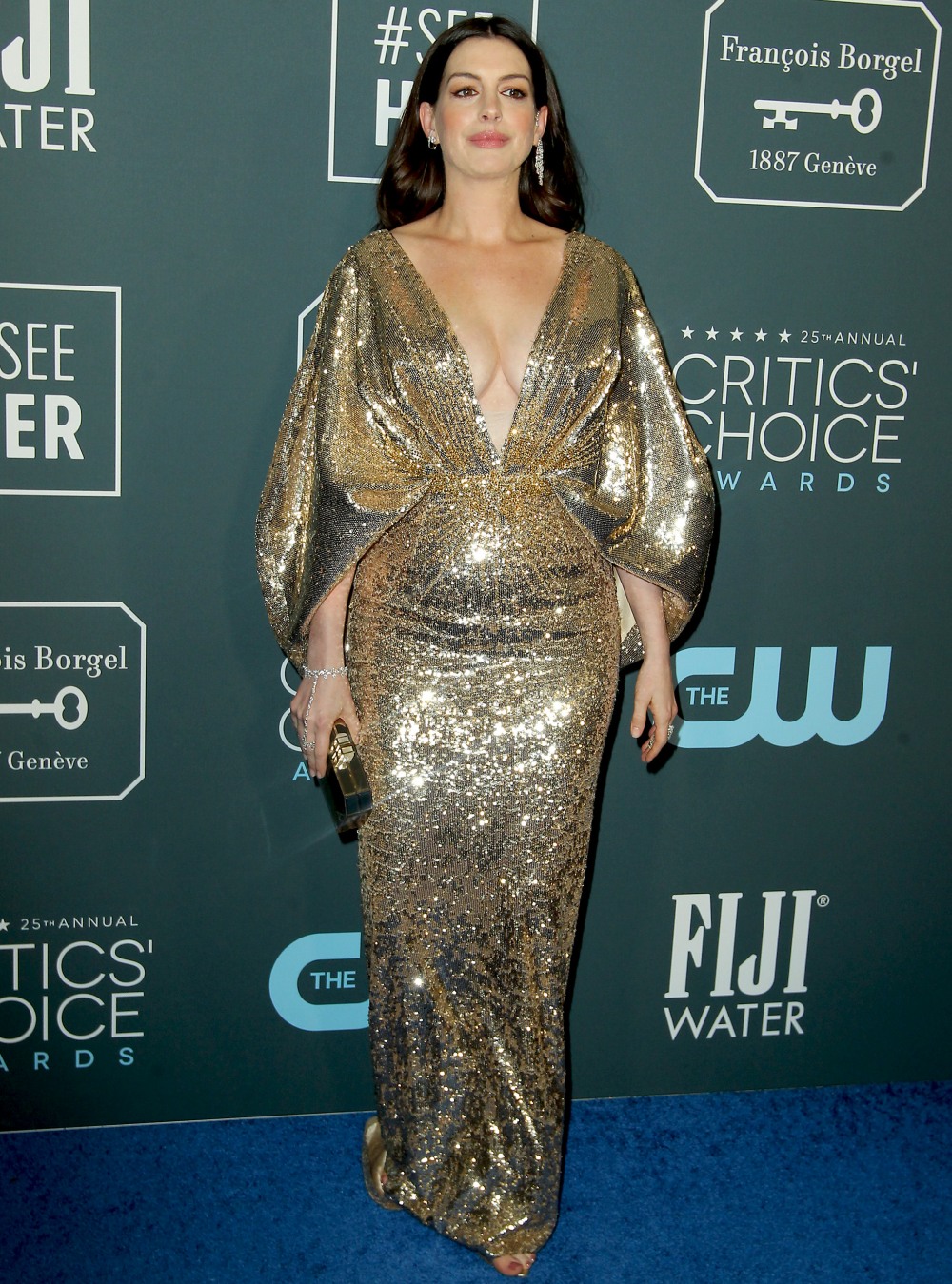 Lucy Hale wore Miu Miu. This dress is so cheap-looking, especially with the budget-chandelier crystals hanging off the waist. Ugh. I also think the hairstyle was a bad choice here. 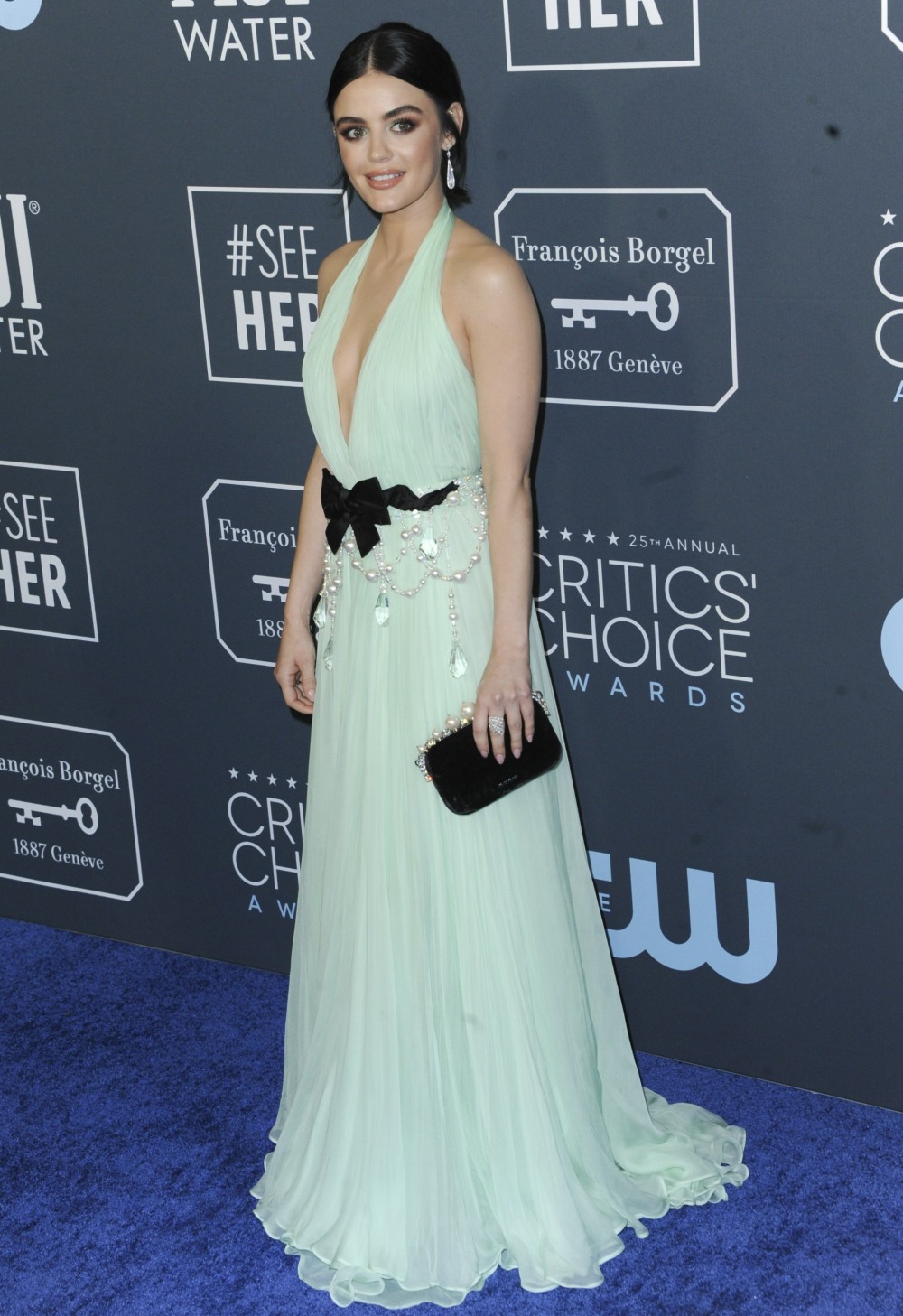 Cynthia Erivo wore Fendi. It’s certainly a BIG dress with a big pattern. But does that make it particularly eye-catching? It feels like a geometry test dress. And yeah, I think it’s too big. The sleeves plus the train… too much volume. 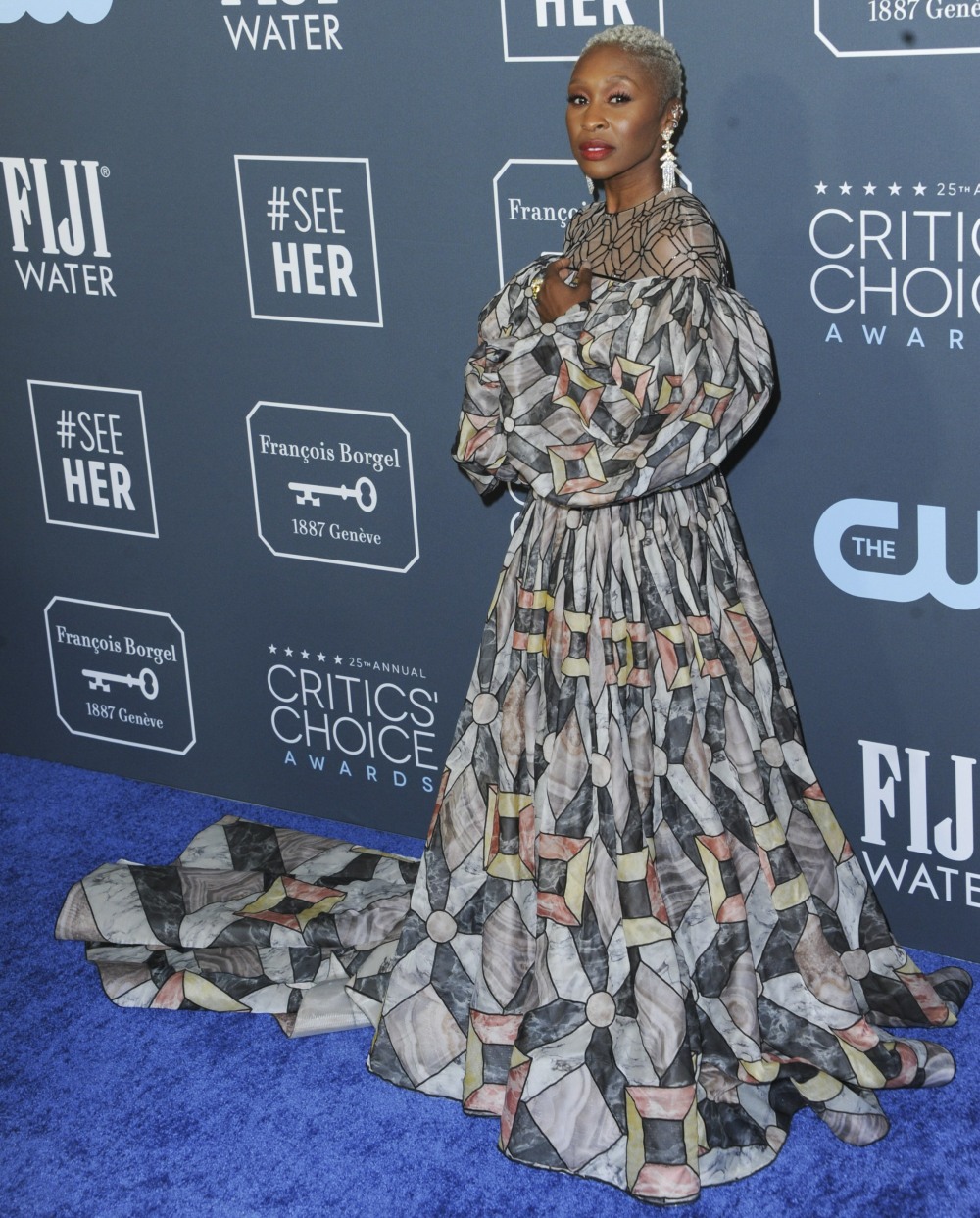 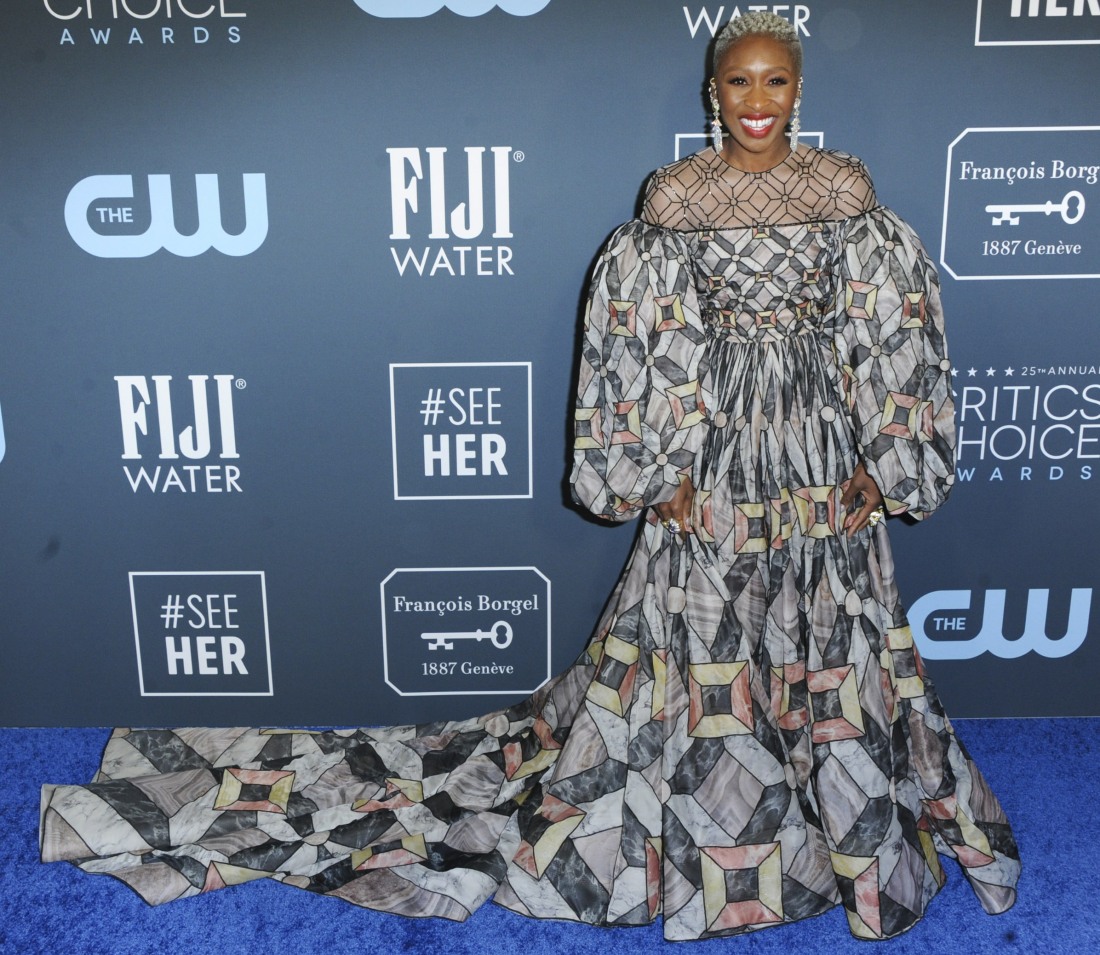