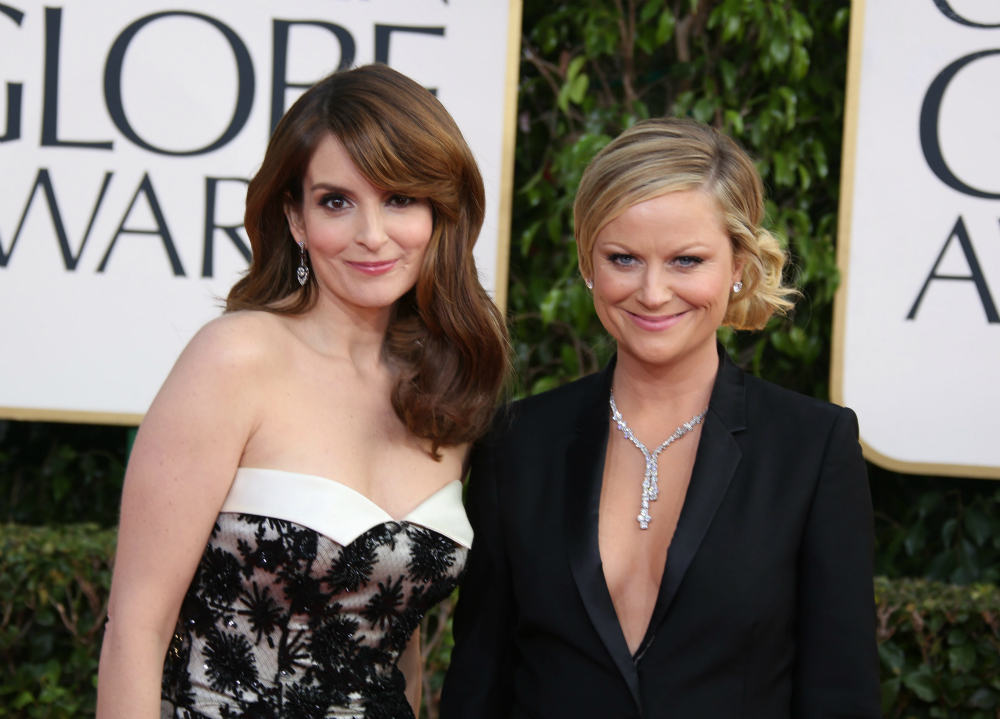 I think everyone, save for Ricky Gervais, thought this year’s Golden Globes broadcast was kind of a dud. I am a fan of Gervais’s comedy (most of the time). But my husband, who likes Gervais’ comedy even more than I do, and I agreed that this year he phoned it in. Gervais said this would be his last time hosting, which means little because he’s said that before. However, the writing was on the wall that he would at least be taking next year off because nobody wanted him back after this year’s performance. So the Hollywood Foreign Press Association announced this weekend that next year’s host(s) would be Tina Fey and Amy Poehler. I say this as a big fan of both ladies: way to think outside the box, HFPA.

Amy Poehler and Tina Fey are headed back to the Golden Globes stage as hosts.

The news came Saturday via Poehler’s surprise appearance at the Television Critics Association’s winter press tour. An exact date in 2021 has not been decided, but the telecast will mark the comedy pair’s fourth time hosting the awards show. Poehler and Fey were universally praised for their onstage rapport during their previous outings in 2013, ‘14 and ‘15.

“There’s no denying that Tina and Amy’s comedic chemistry is infectious,” Lorenzo Soria, president of the Hollywood Foreign Press Association, said in a statement. “We can’t wait to see the dynamic duo return to the Golden Globes stage.”

I agree that Tina and Amy are fun together and I always enjoyed them as the GG hosts. Having had a few years off, they won’t appear as over it as they did in 2015. But there are so many other people I would like to see be given a chance, just to shake things up. I get playing it safe if a host drops out or is ‘excused’ from their duties due to bad behavior, but a year out, can’t we at least entertain some other options? Many folks on Twitter suggested Patton Oswalt as a host, I think he could do it. I’d love to see Tiffany Haddish and I think she’s proven she can be family friendly with her Kids Say the Darndest Things hosting duties. I wish Eddie Murphy would reconsider taking the helm. If they want a duo, how about Mindy Kaling and Awkwafina? How about Issa Rae and Phoebe Waller-Bridge? I could do this all day – because there are tons of other choices. I’ve heard several people suggest BoJack Horseman’s, Paul F. Tompkins. Going off his Twitter, he’d be a blast. I’m just saying that with enough time before the next ceremony, couldn’t a few other people have been vetted? I am a huge award show junkie but they’re starting to feel just so stale. I have no doubt Tina and Amy will do a good job – they are professional and very reliable as a hosting duo. But I’m not excited about it, I’m comfortable with it. And it certainly does nothing with HFPA’s lack of diversity issue.

In other hosting – or not hosting, in this case – news: the Oscars announced last week that they’re going hostless for the second year in a row. Just because it wasn’t the disaster everyone expected last year doesn’t mean it’ll work a second time. I don’t get it, are the heads of these associations just too lazy to find someone? I’d guess that very few celebrities would agree to the gig, but all the celebrities suggested on twitter are saying they’d do it. People will watch awards show because they like awards show so take a chance, have some fun!

The good news is if Tina and Amy agreed to host next year, that may mean they have a project coming out to promote. 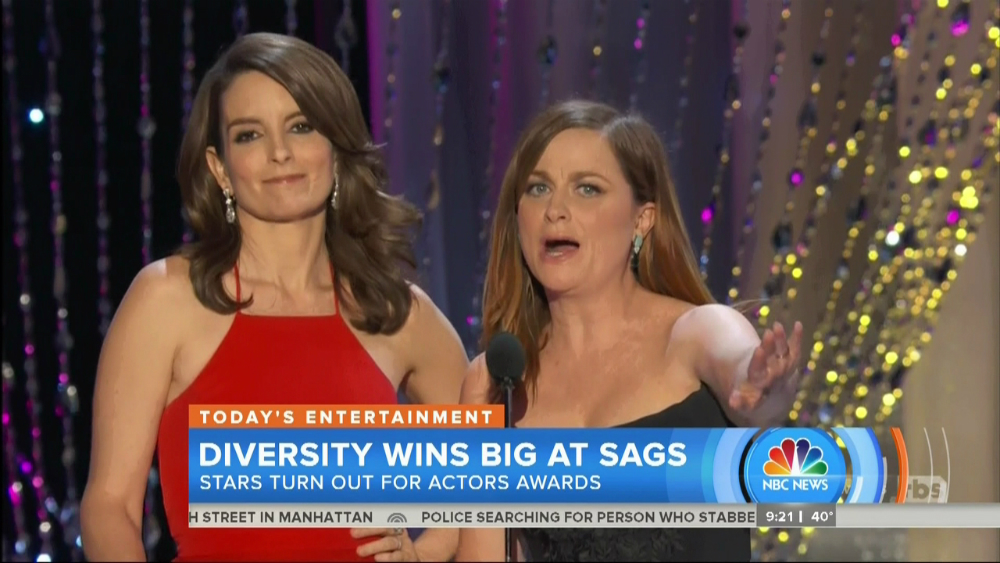